Purple Emperor - if at first you don't succeed...!

After putting in a lot of work yesterday and not seeing one today I headed to Theberton Woods near Leiston and scored with a lovely male Purple Emperor seen several times flying around oaks and sallows only just off the road. Bingo! Also there were a couple of Purple Hairstreaks showing well in the scope and a single Silver-washed Fritilliary plus Southern Hawkers, Ringlet, Red Admiral, Small White and Green-veined White. Later on in the middle of Halesworth I was very surprised to see another single Silver-washed Fritilliary in the town.They really are getting everywhere!
On the way home a brief stop at Weybread Mill with increasingly darkening skies revealed Brown Hawker, 2 Banded Demoiselles, Green-veined White and Kingfisher. 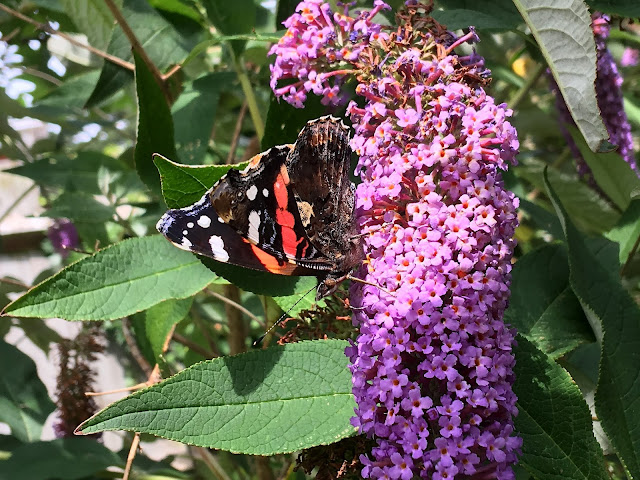 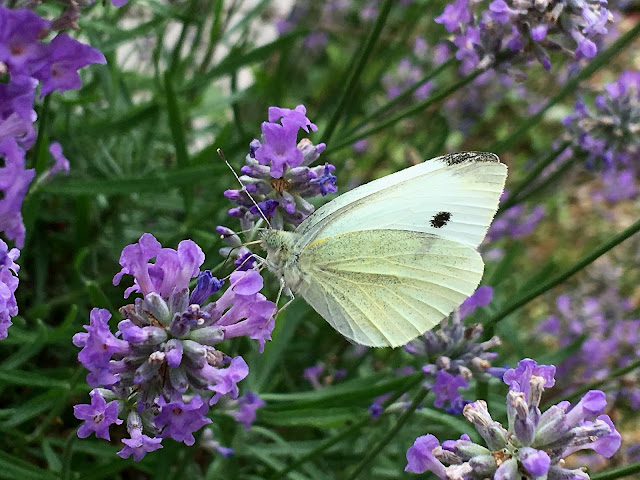 This was a completely new site to me and I visited today in the hope of seeing Purple Emperor which has been reported here in recent days. That wasn't to be but nonetheless I spent a very enjoyable morning in the woods where it was nice to get out of the 32 degree sun for a bit! Butterflies stole the limelight with a good few Silver-washed Fritillaries along the rides plus c3 White Admirals and 2 or 3 Purple Hairstreaks high up in oaks. Also seen were Red Admiral, Large White, Small White, Green-veined White, Gatekeeper, Meadow Brown and Ringlet. There was also the odd Southern Hawker patrolling and the best of the birds were 2 Spotted Flycatchers, a family party of Marsh Tits, 3 Bullfinches, Treecreeper and 2 Nuthatches. 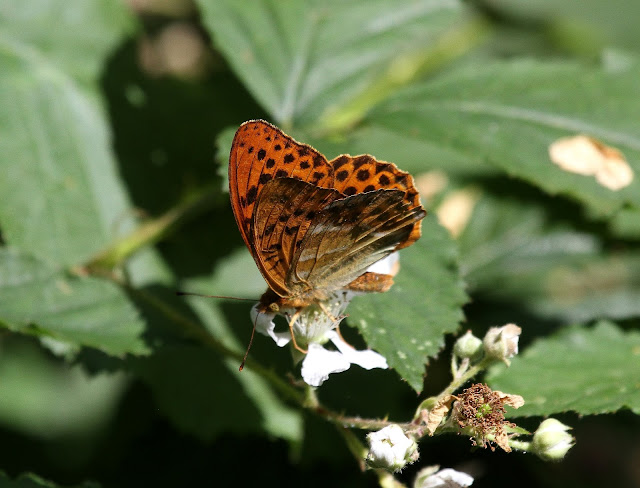 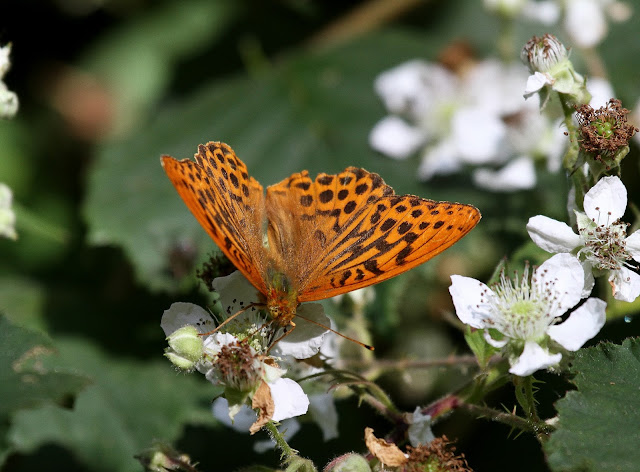 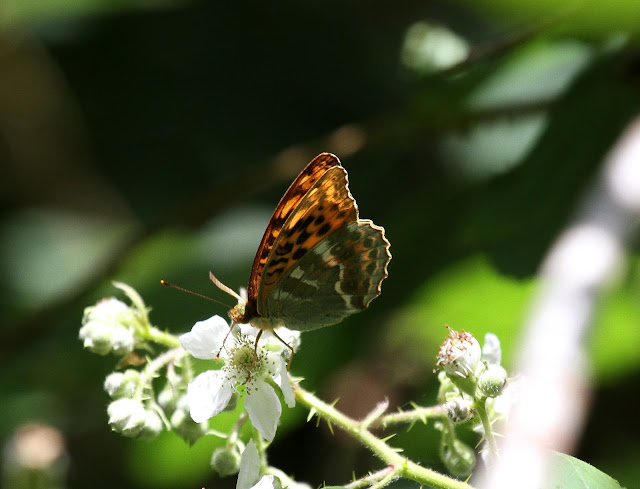 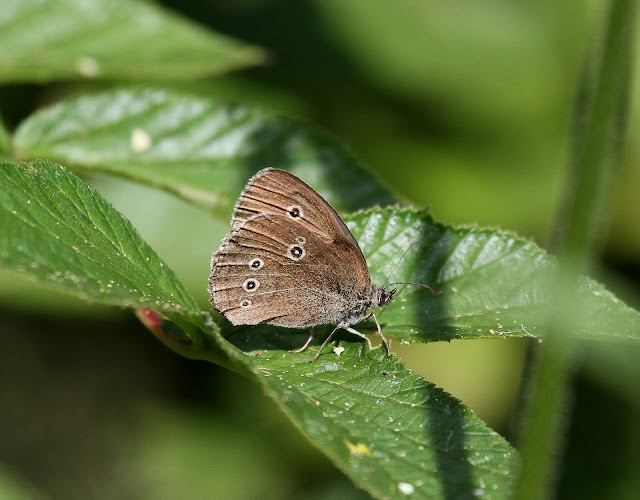 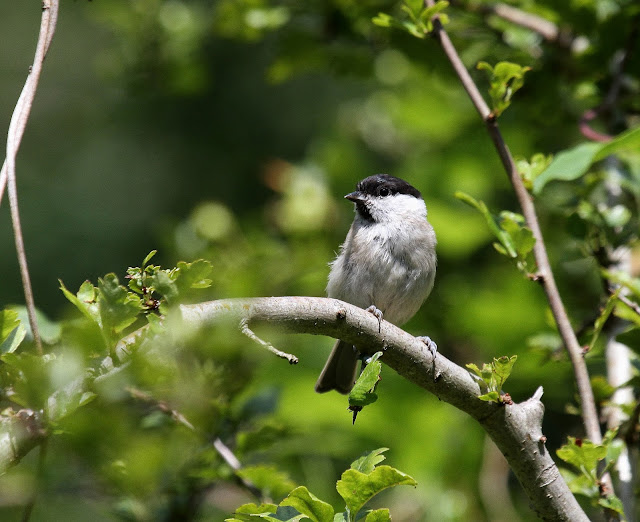 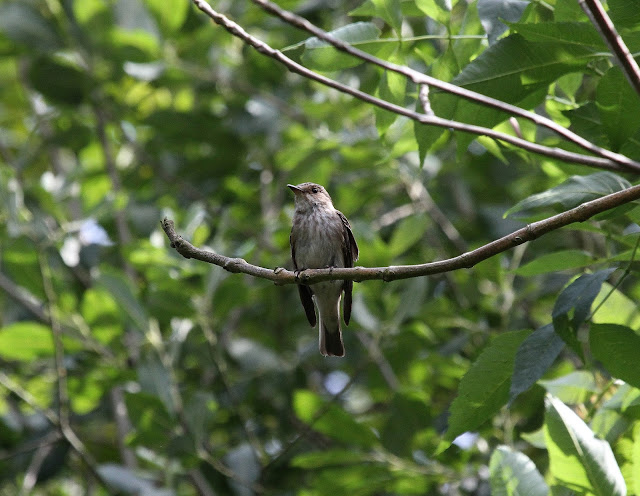 Odonata were definately the order of the day at my visit to a fen site in deepest East Anglia.
A wander around the fen late morning produced 1 Emperor Dragonfly, several freshly emerged Common Darters, plenty of Four-spotted Chasers and Black-tailed Skimmers plus Blue-tailed Damselflies, Common Blue Damselflies, Large Red Damselfly and Azure Damselflies. My main target eluded me however as I wasn't sure where to look in a very large area of fen! Butterflies included Red Admiral, Large Skipper, Small Tortoiseshell, Ringlet and Meadow Brown.

I returned in the late afternoon armed with precise directions from a very helpful David Walsh and within a few minutes had located several Scarce Emeralds in a small area. This was my key target as I've not seen the species for quite a few years. In all I saw c20 and was able to study this subtle species at very close range. Also in the same vicinity were loads of emerging Ruddy Darters, 2 Black-tailed Skimmers, a Green-veined White and 2 Little Egrets which were the only birds of note all day! Whilst sploshing about looking for the damsels here I was very pleasantly surprised to see several Fen Raft Spiders almost under my feet! 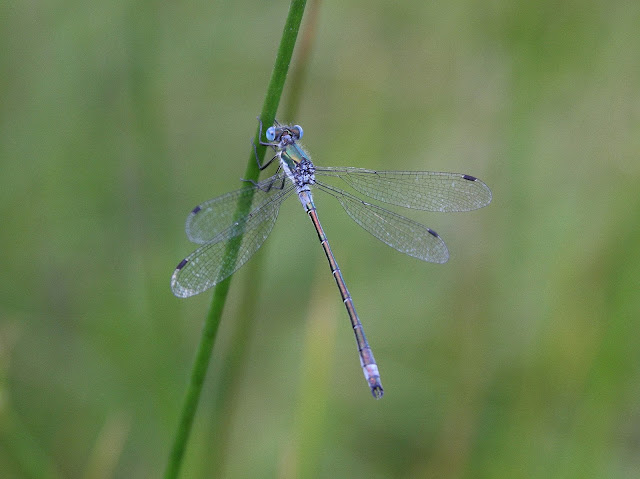 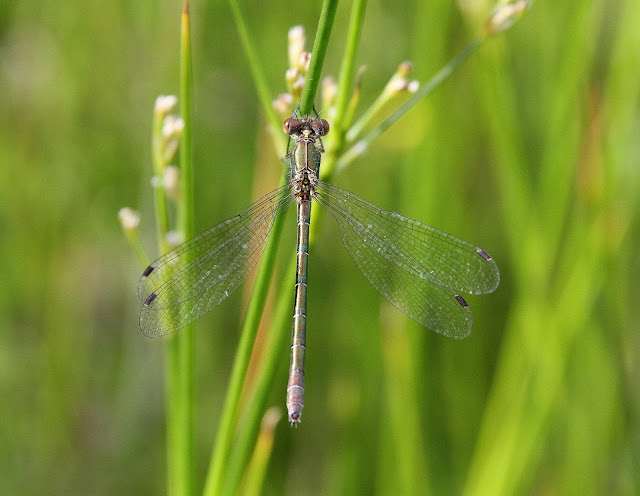 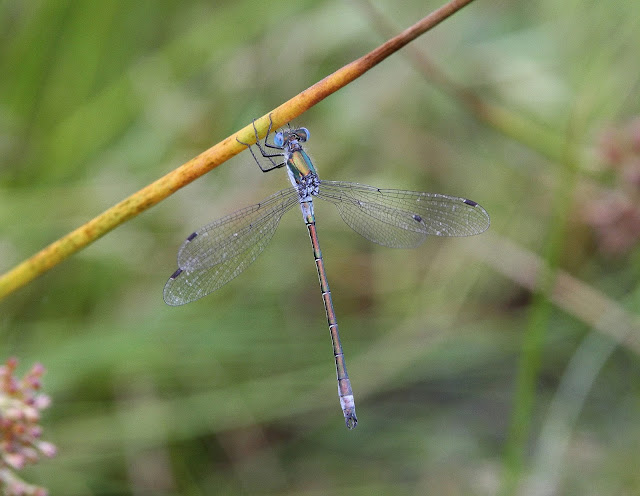 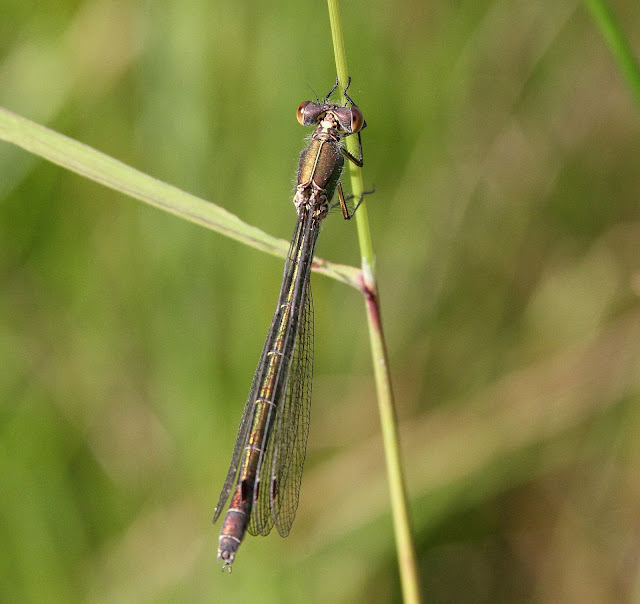 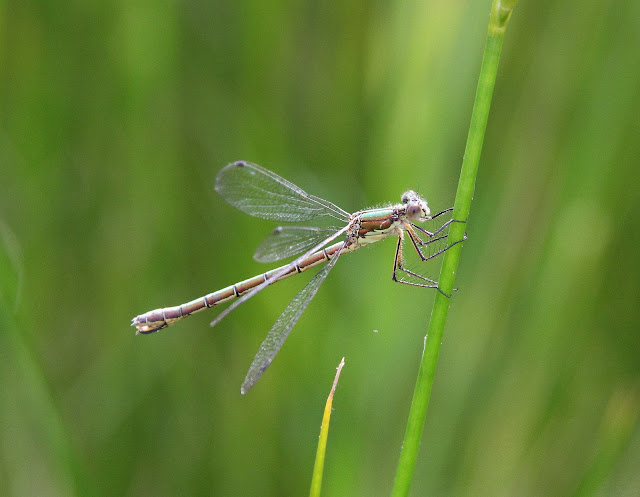 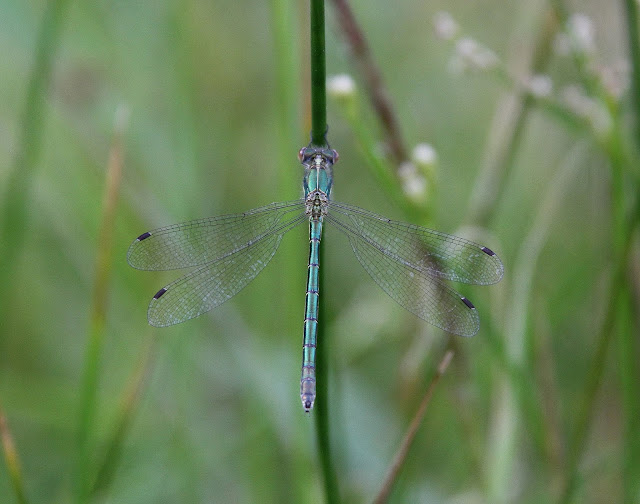 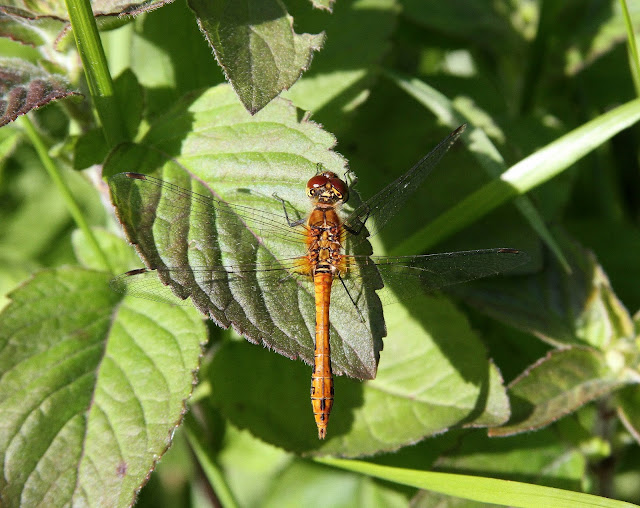 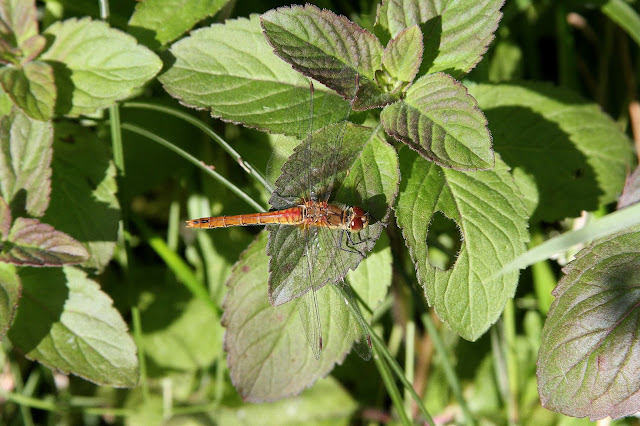 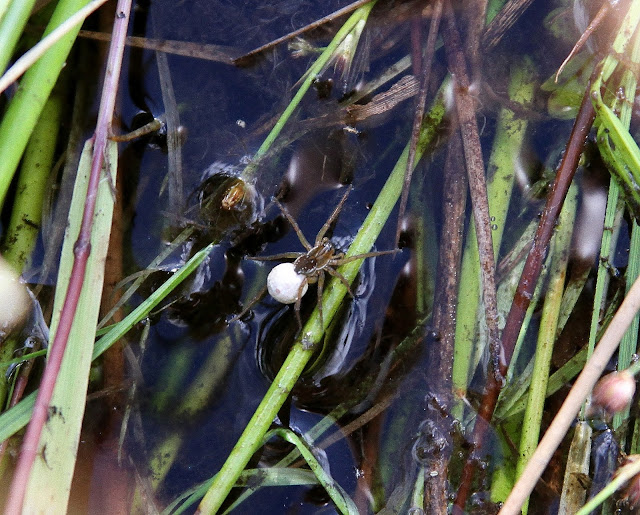 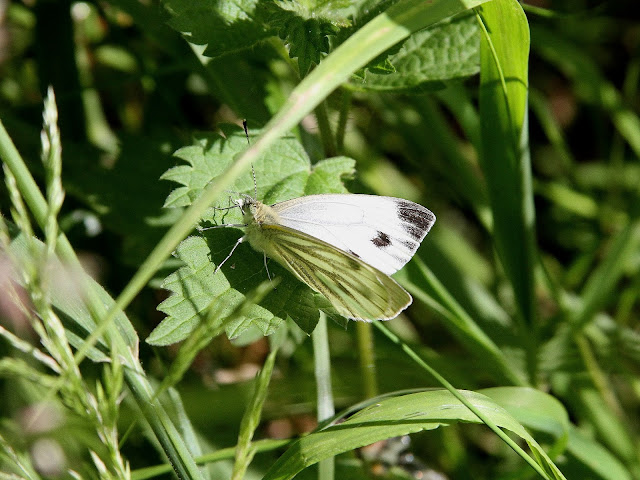 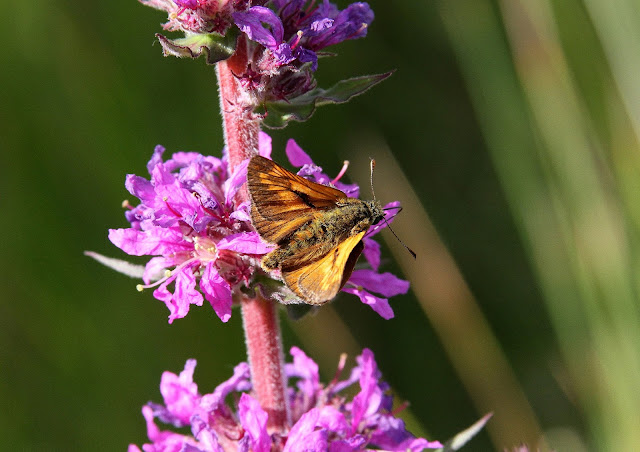 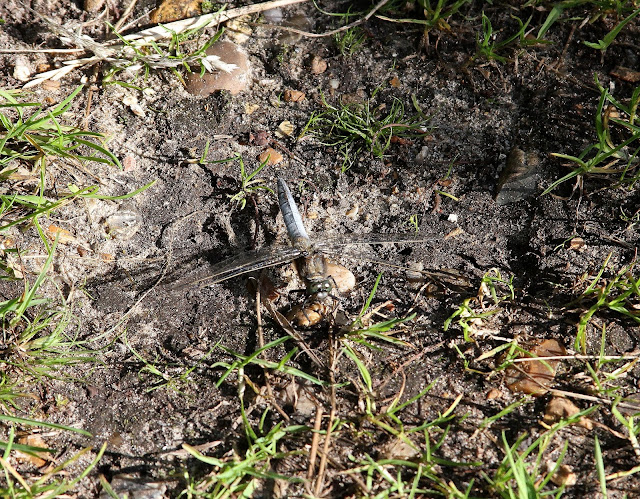