I was back with Ebrima for the morning again today and this time Belinda decided to join us and see what all the birding fuss was about!
The aim of the morning was to give Brufut Woods a thorough going over and this great site didn’t disappoint. After a bumpy ride along the dirt tracks we parked up in the shade of a tree and quickly had White-crowned Robin-chat and Northern Black Flycatcher as Blackcap Babblers called all around. An adult Shikra stared down at us from the top of a tree and a party of 6 Brown Babblers passed noisily by. The dense woodland here was quite difficult to bird from the paths but Ebrima was able to lead us straight to a roosting White-faced Scops Owk and then even better, mega views of a Long-tailed Nightjar sat in leaf litter under saplings. Moving into more open country made things a little easier and an into an area of scrub flew 2 Four-banded Sandgrouse, moving closer to investigate we flushed them and even though I only managed to fire off one shot it captured the species very nicely. In the open savannah woodland raptors stole the show with a Dark Chanting Goshawk flying right towards us, Grey Kestrel, 2 Ospreys and an African Harrier Hawk over. We then picked up a perched Striped Kingfisher that eventually allowed close enough approach for some photos. Green Wood Hoopoe, Green-backed Eremomela, Yellow White-eye, Little Weaver, Grey-headed Sparrow, Greater Blue-eared Glossy Starling and Lesser Honeyguide followed in quick succession and I eventually got onto a singing Tawny-flanked Prinia. Sunbirds were good here too with Scarlet-chested, Splendid and Variable seen. While trying to get a picture of the latter a small bird popped into view which proved to be a lovely Yellow-fronted Tinkerbird. On the walk back Ebrima had a call which made us quickly change direction and within a few minutes we were watching a marvellous roosting Verreaux’s Eagle Owl. Back at the main track Ebrima went to collect the car while we sat and had a drink at the ‘Woodland Bar’ and I busied myself photographing Fork-tailed Drongo, Village Weavers, Bronze Mannikins, Orange-cheeked and Lavender Waxbills and both Northern Red Bishops and Black-winged Red Bishops by the feeding station.  Other birds of note on the lengthy walk were Woodchat, Yellow-billed Shrike, Hoopoe, African Thrush, Black-billed Wood Dove, Black-necked Weaver and Senegal Parrot. 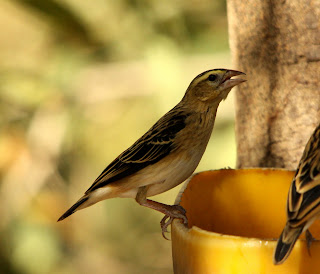 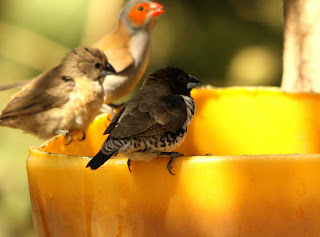 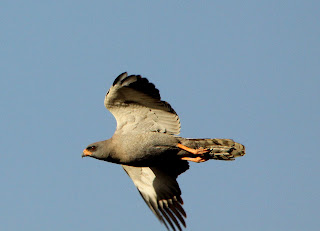 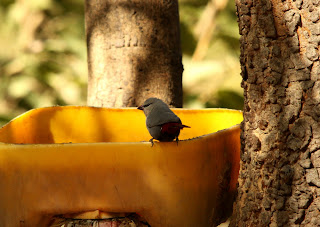 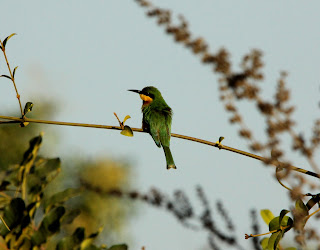 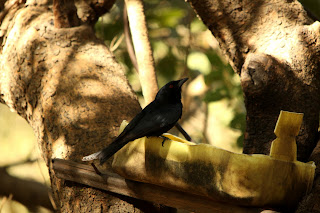 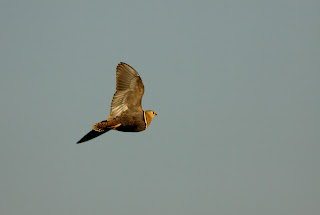 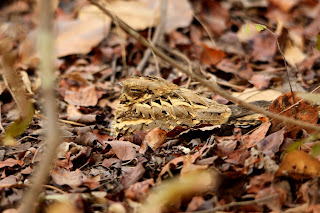 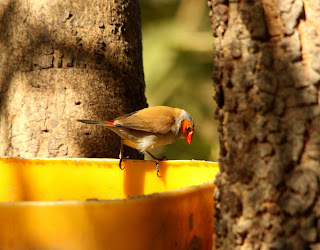 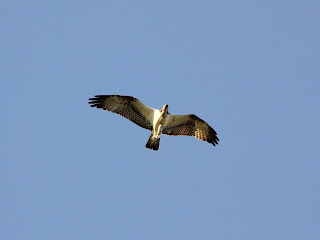 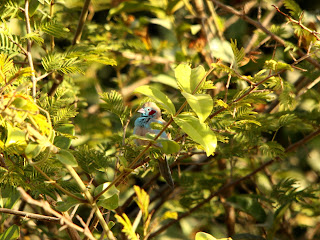 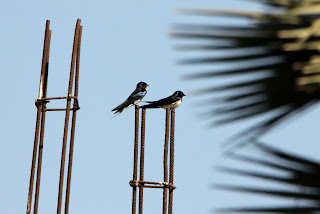 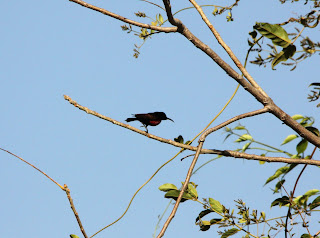 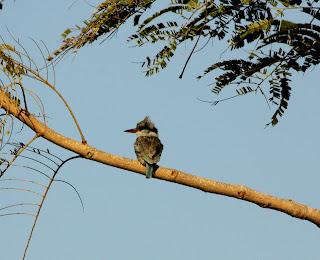 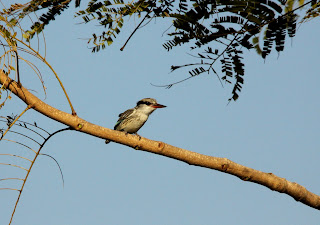 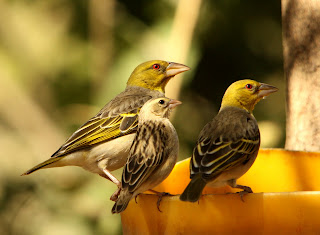 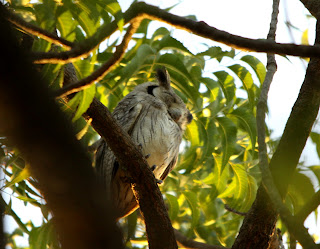 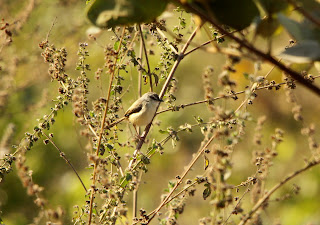 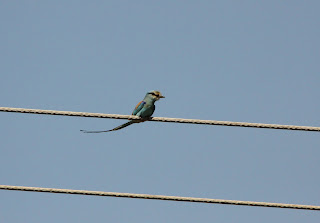 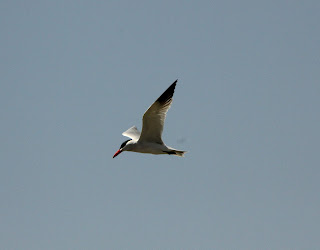 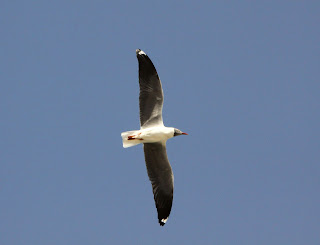 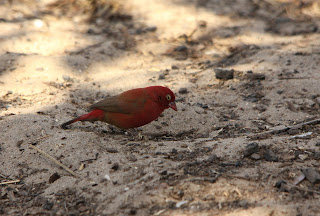 Red-billed Firefinch
For our late afternoon family walk we decided to take a taxi to Bijillo Forest Park (aka Monkey Park) and rather long and hot walk here with a resident (and not very good!) guide gave me a juvenile Shikra , Lanner, several Blackcap Babblers, Snowy-crowned Robin-chat, Little Bee-eaters and 2 ticks in the form of Swallow-tailed Bee-eater and 3 fantastic Oriole Warblers.  Hornbills and Western Grey Plantain-eaters proved very photogenic too. 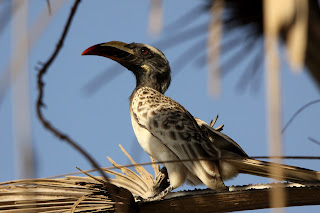 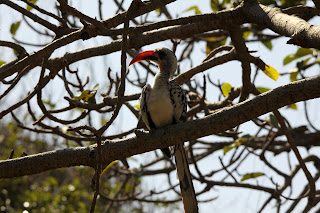 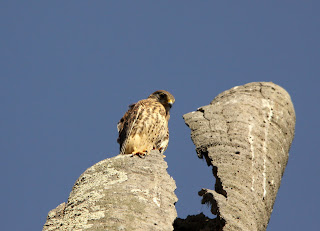 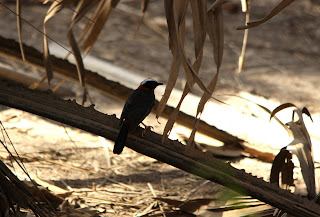 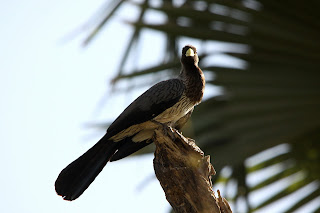