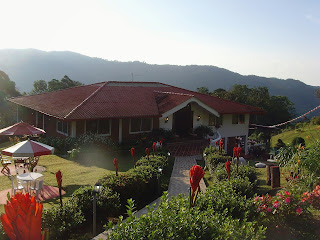 KM18 Hotel
We were up at the crack of dawn and whi﻿le we breakfasted Black-billed Thrush and 2 Southern Lapwings sauntered about on the lawn outside!  Our guide for the morning was late arriving so we put the delay to good use by doing some birding in and around the hotel garden. Early morning activity was excellent and we quickly notched up Blue-grey Tanager, Flame-rumped Tanager and Golden-naped Tanager in a flurry of activity. Sveta and I then positively identified Pale-footed Swallow as one flew over the hotel path giving close views. Our guide finally turned up and we began our walk along the track through the cloud forest. It was a thoroughly enjoyable and bird-filled morning for sure! Initially we clocked up Beryl Spangled Tanager, Yellow-faced Grassquit, Black-winged Saltator, Black-billed Peppershrike, Slate-throated Whitestart, Bananaquit, Orange-bellied Euphonia and then a Tropical Parula. We made a stop at a trackside finca which had hummer feeders and what a place! Hummers included White-necked Jacobin, Long-tailed Sylph, Brown Violetear and Fawn-breasted Brilliant, all at point black range! A feeding table stacked with fruit has a steady procession of visitors - Saffron-crowned Tanager, Golden Tanager, Blue-grey Tanager, Flame-rumped Tanager, Metallic Green Tanager, Palm Tanager, Shiny Cowbird and an amazing male Red-headed Barbet while Eared Doves pecked about on the drive. 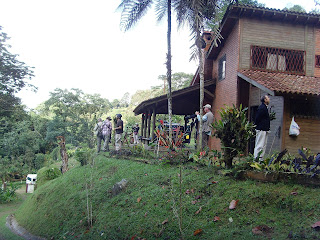 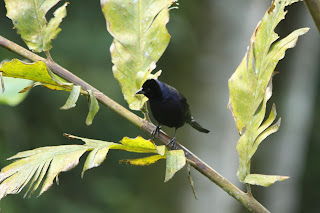 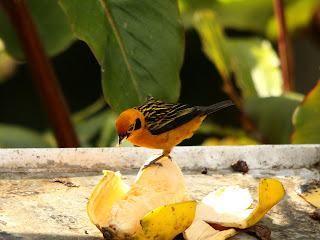 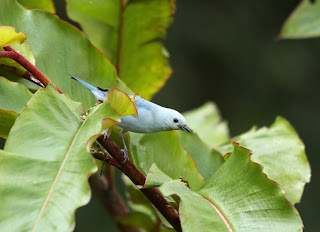 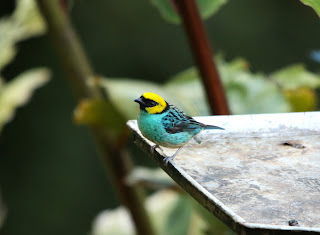 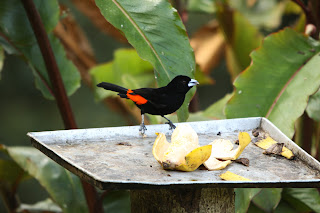 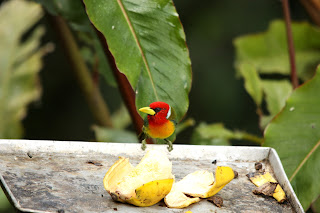 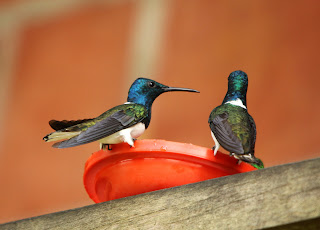 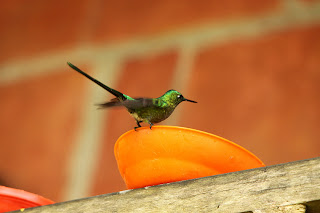 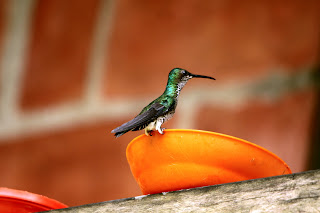 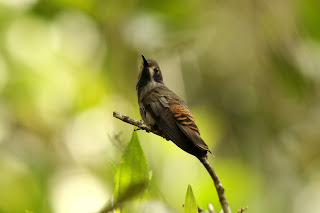 Brown Violetear
Further down the track we stopped at another property with feeders and this time the birds were closer still! Even allowing you to hold the dish as they fed inches from your face! This time we added Purple-throated Woodstar, Steely-vented Hummingbird and Buff-tailed Coronet. A pair of Golden-crowned Flycatchers were nesting in a plant pot on the balcony and a Tawny-bellied Hermit visited some flowers in the garden briefly. Woodland just along the track was also very productive with good views of Blue-winged Mountain Tanager, the endemic Multicoloured Tanager, Montain Woodcreeper, Red-faced Spinetail, Glossy Black Thrush, Three-striped Warbler, Green Honeycreeper, some fly-over Scarlet-fronted Parakeets, Hepatic Tanager and Ashy-throated Bush-tanager. 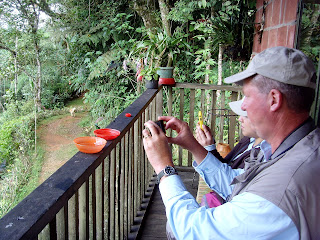 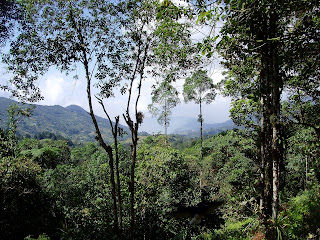 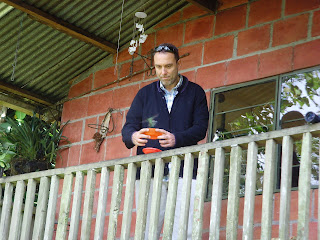 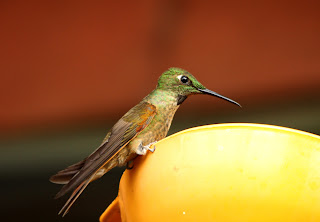 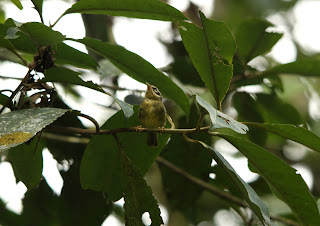 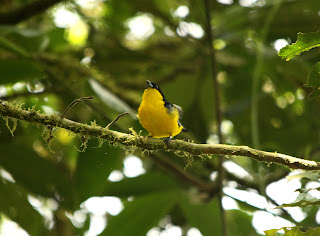 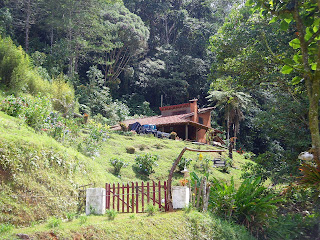 KM18 finca
After reluctantly leaving the cloud forest we headed down into Cali for what turned out to be an excellent 3 course meal at a lovely restuarant in the city. While there we were treated to some wonderful hospitality from our hosts who were keen to hear what they could do to encourage eco-tourism to the area and how our trip was going so far. Thanks for a great couple of hours guys, I also learned a lot about Cali, Colombian culture and the food (which was undoubtedly the best meal of the entire trip).
That afternoon, trying not to drop off in the minibus we slowly made our way north towards Manizales. En-route we did clock up some good birds, especially as we passed through a low lying area of marshes and meadows where Smooth-billed Ani, Vermillion Flycatcher, Great Kiskadee, Black-crowned Night Heron, Southern Caracara and Snail Kite were the notable new birds. Outside Manizales we met our guide for the next few days Sergio Ocampo and enjoyed a coffee with him and his parents before heading onwards once again. After what seemed like an age we eventually reached the top of a long track and our accommodation for the night - the lodge at Otun Quimbaya. Paul and I checked into our shared room and after dinner (fish again!) we retired in readiness for another early start. 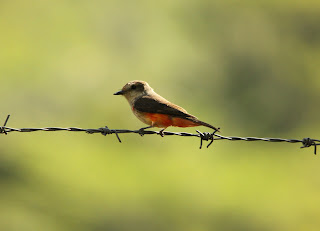 Vermillion Flycatcher
Posted by Chris at 18:21