Enjoyed some marvellous views of Parrot Crossbills around the carpark at Holt CP today. Having not seen the Glaucous Gull at Edgefield tip on the way through (the flock had dispersed 20 mins before we got there and I couldn't be bothered to hang around!) we arrived at Holt CP at just the right time as c5 Parrot Crossbills were showing in the trees above the visitor centre and when the sun came out 2 males descended to a lower sappling enabling me to get a couple of reasonable record shots. A nice Red Kite circled quickly over and 2 Marsh Tits appeared at close range. A little later the whole flock of 12 Parrot Crossbills were seen flying around the carpark but always landing right in the treetops.

After that Belinda and I had a long walk around Holt Lowes where we had a single presumably Common Crossbill fly over but bugger all else!

Next we nipped to Cley (clocking a Common Buzzard en route) for a quick park and gawp at a Black Brant amongst the Brents at the entrance to Beach Road before a much needed coffee and a walk around Blakeney. Back at the car a Barn Owl hunting Friary Hills finished the day off nicely. 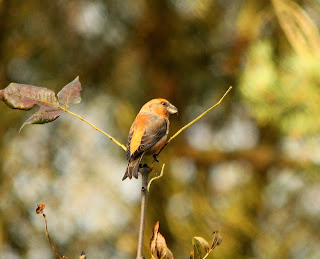 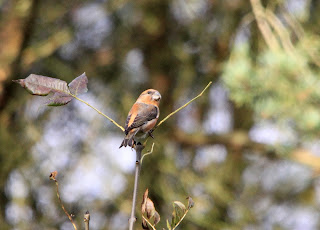 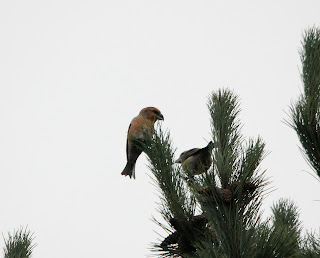 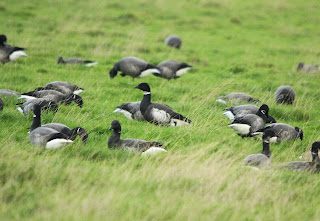 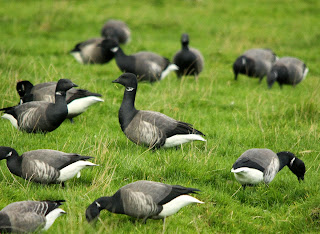 Dark-bellied Brents
Posted by Chris at 19:22