I did actually get to meet Angel this morning - at 06.30 together with British birder Chris Goodie. The aim was to give the dry woodland at Spolillar and beyond a thorough going over. We spent some time parking up and walking tracks and after several false alarms with Zenaida Doves eventually found a Grey-headed Quail-dove which gave some nice views before skulking away into the trees. While driving the main track a Limpkin was a very welcome surprise and we also scored with Yellow-bellied Sapsucker, 3 Cuban Todys, West Indian Woodpecker, 2 La Sagra's Flycatchers, Grey Catbird, several Red-legged Thrushes, Magnolia Warbler, a tick in the form of a superb male Cape May Warbler, 2 Black-throated Blue Warblers, c10 Ovenbirds, c8 Black-and-white Warblers, 5 American Redstarts, 2 Northern Waterthrushes a splendid male Black-throated Green Warbler and a Merlin perched with prey above the track (a good candidate for a split). I then got onto another Quail-dove but despite it being positively id'd as a Blue-headed I managed to piss over and not get tickable views! Luckily it didn't prove crucial! Moving out the edge of the more open woodland a Cuban Pygmy Owl, 2 Cuban Parakeets and a Cuban Trogon were perched in the same trees and then out in the open a Crested Caracara was quickly followed by White-crowned Pigeon and then the one we were all hoping for - Scaly-naped Pigeon. A Peregrine flew over and while we were moving in to get photos of the pigeon a Prairie Warbler popped up in the sun. Back in the edge main woodland Angel found 2 roosting Cuban Nightjars which were simply superb (and really difficult to connect with). To round things off he then took us to a dead tree stump in the wood, knocked on the trunk and a gorgeous Bare-legged Owl popped out of the top to eyeball us - wow! 3 White Ibis were beside the road as we got back to Playa Larga to drop off Angel. 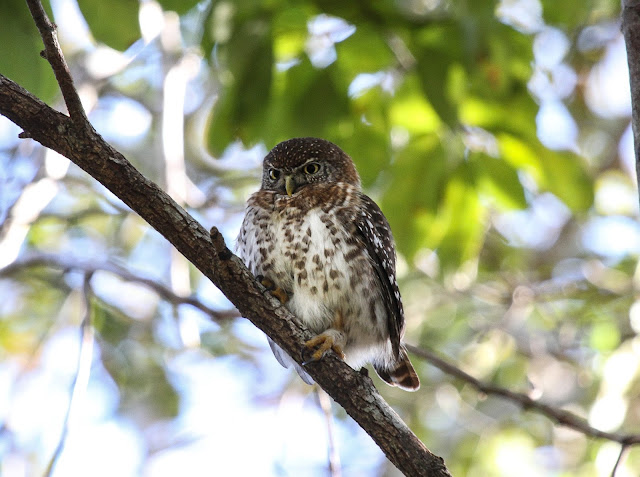 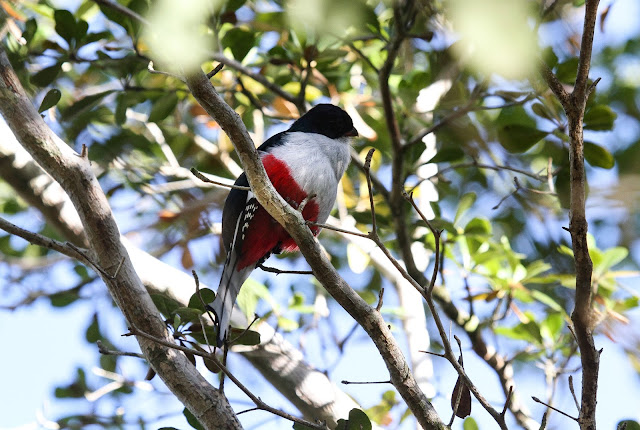 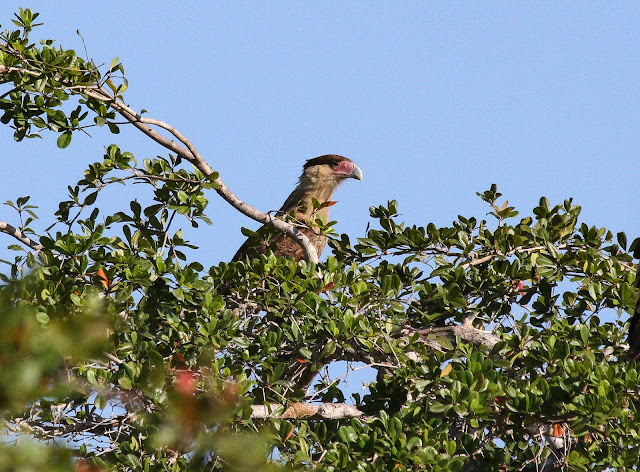 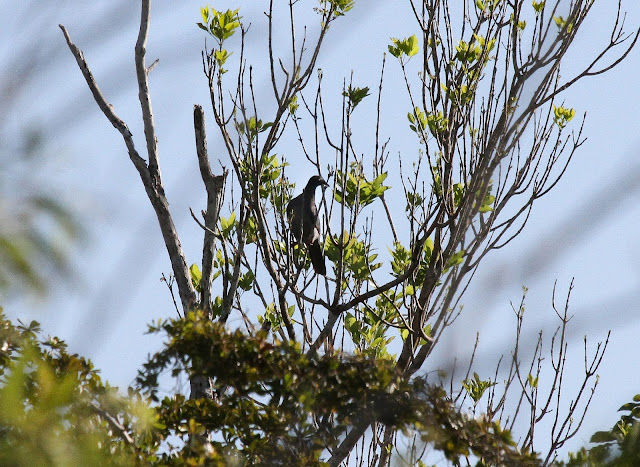 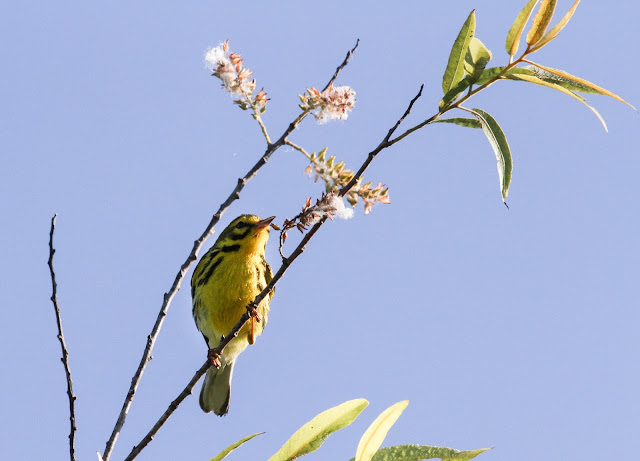 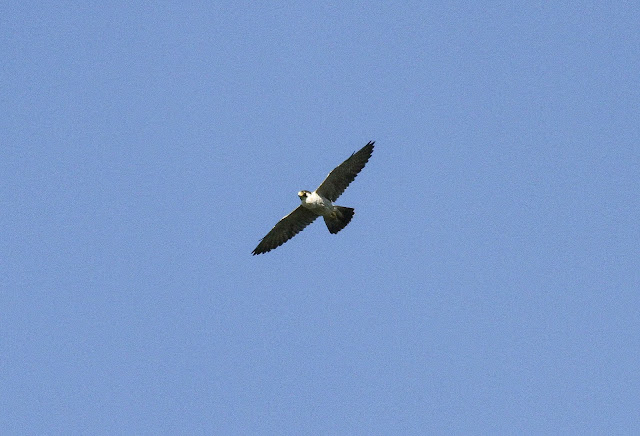 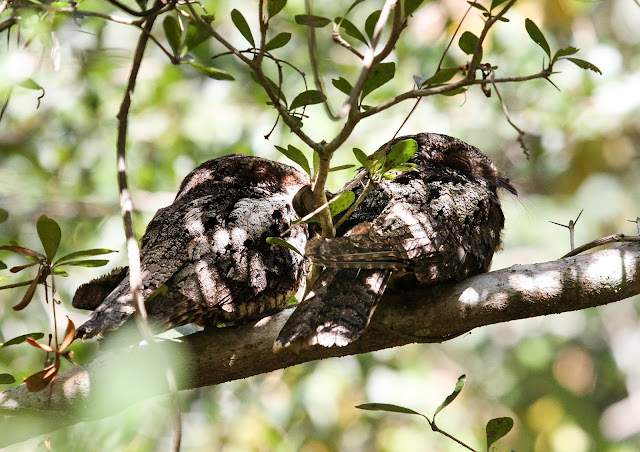 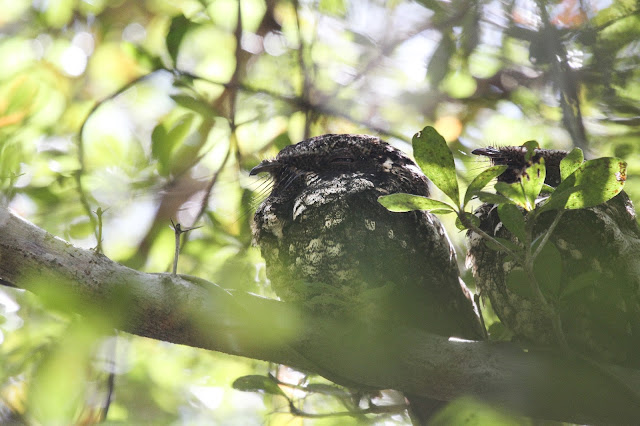 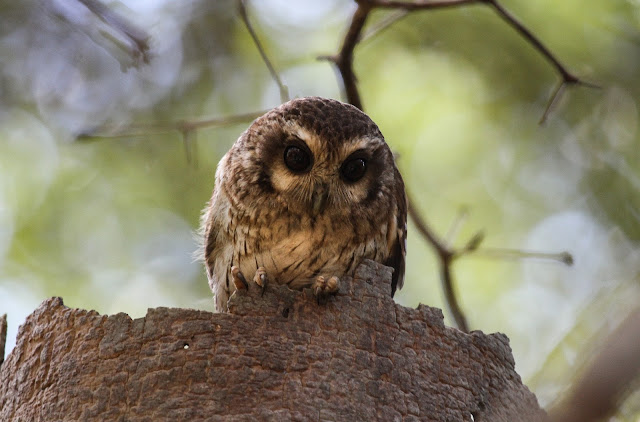 Back at our digs in Playa Larga the girls had gone out for the day in the car so I wasn't able to venture very far. After a little chilling I decided to wander out towards the west end of the village along the beach. On a tiny pool by the beach was a nice confiding Reddish Egret and in scrub along a creek on the inland side of the road were a female Common Yellowthroat, Northern Waterthrush, male American Redstart and Cuban Green Woodpecker. Walking back along the beach was very productive with my main target for the walk Cuban Parrot represented by 8 noisy individuals ina beachside tree, a lovely Yellow-throated Warbler in a palm plus Spotted Sandpiper and Cuban Crow also showing well. 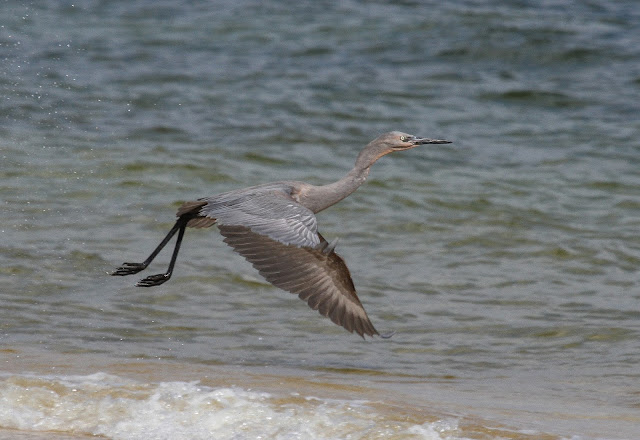 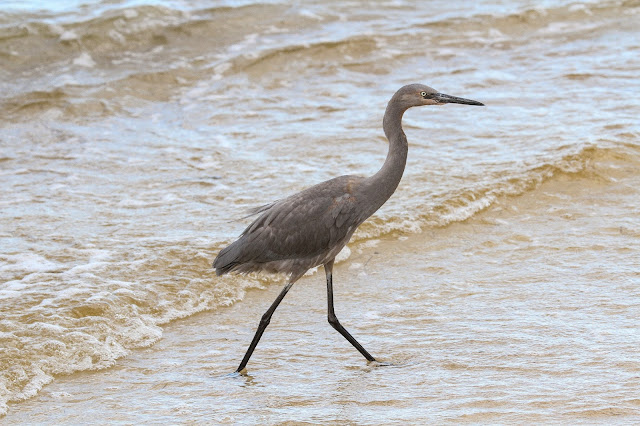 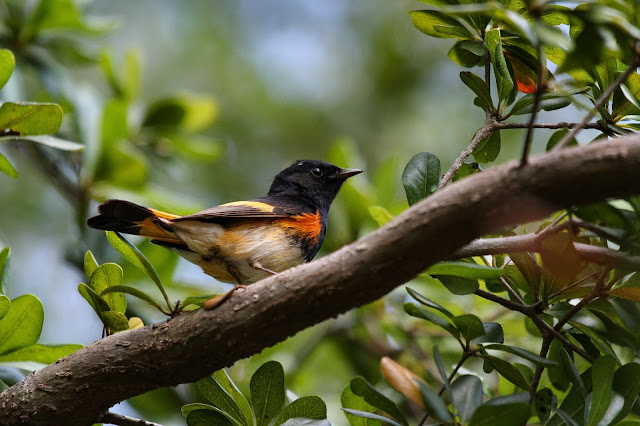 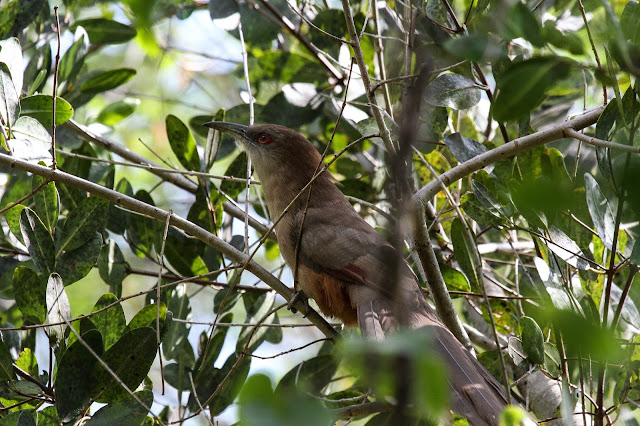 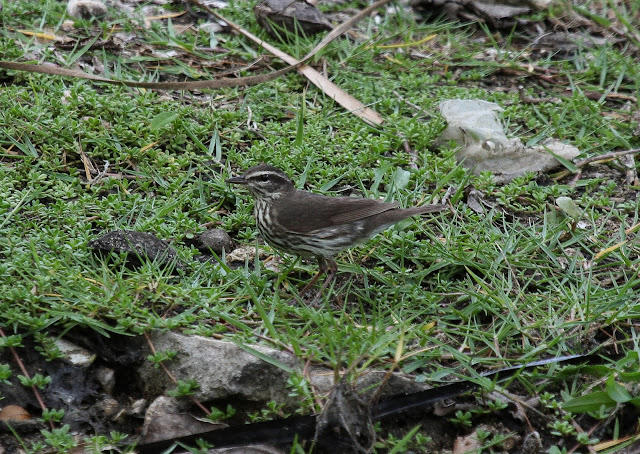 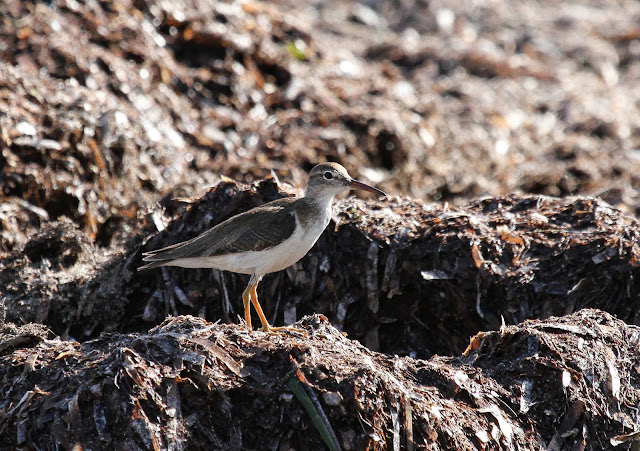 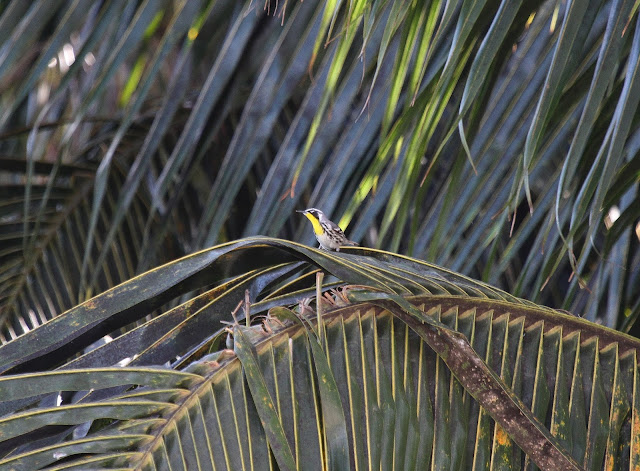 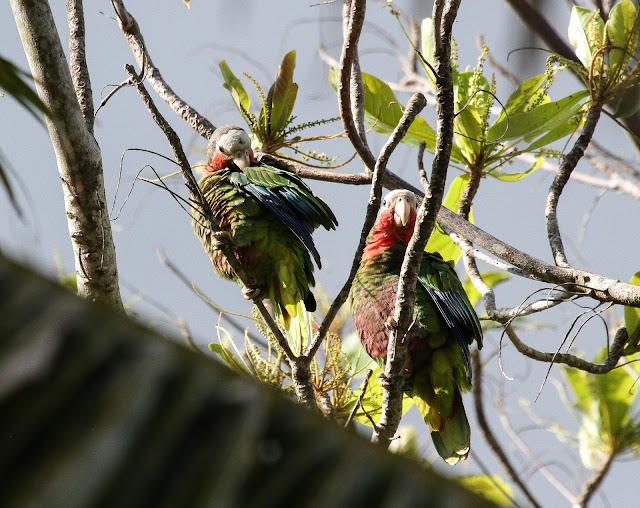 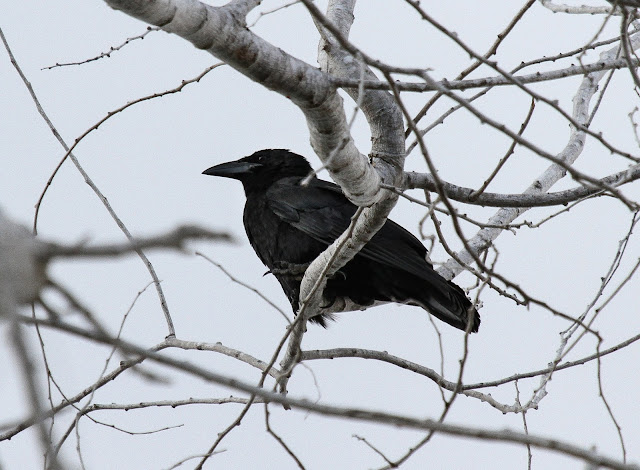