The first day of British Summertime and a whole day to myself to go birding!

With a complete dearth of migrants still I opted to head to the Brecks. Sadly the main reason for my visit, to get Parrot Crossbill on my yearlist wasn't to be but it was far from a wasted trip.

After giving the crossbills a go but scoring with a lovely high-up singing Woodlark, 2 Treecreepers, Sparrowhawk and Siskins I decided to yomp along the riverbank. It proved a very good call as within about 20 minutes of arriving at 'the spot' a female Lesser Spotted Woodpecker flew over us from the other side of the river but didn't stop as it continued over towards the railway line. Luckily, abiut 10 minutes later it came back and this time stopped for about 2 minutes in the top of a spindly tree before flying over to the other side of the river once more. Also along the river were 3 Mandarins on a small flood, 2 Lesser Redpolls, Siskins, Nuthatches, Great Spotted Woodpecker, Green Woodpecker and a couple of groups of Redwings.  Back at the bridge a male Kingfisher showed really nicely (allowing me probably the best photos I've ever taken of the species) but the area around the church failed to turn up Firecrest, just a couple of Sparrowhawks and a Treecreeper. After bidding farewell to Marcus Nash and his group I moved on. 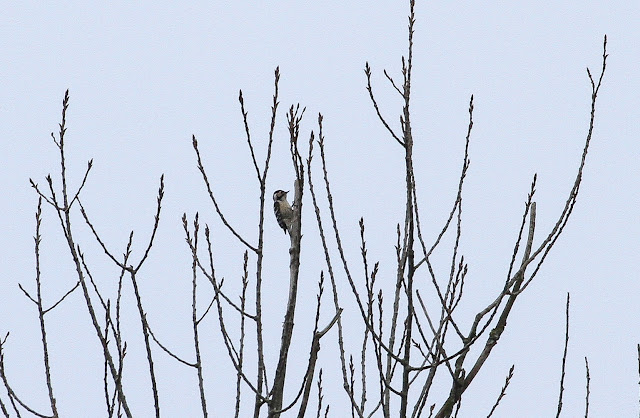 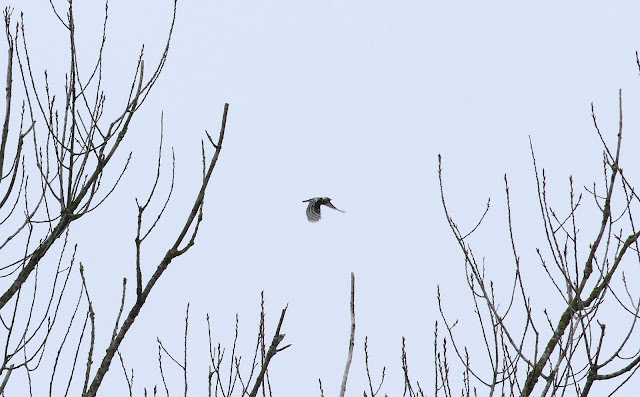 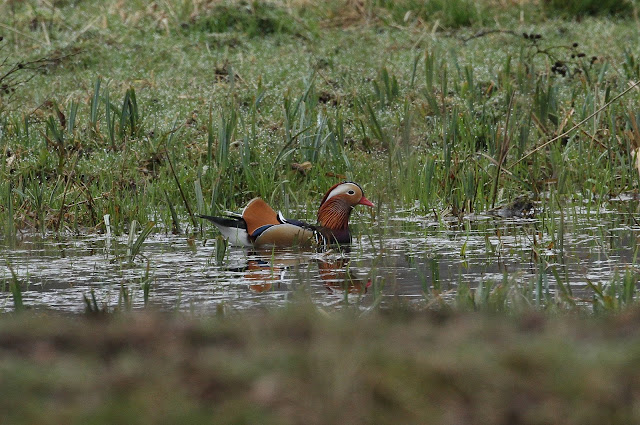 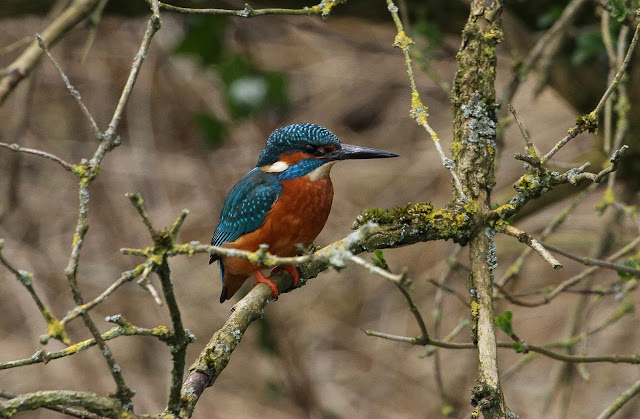 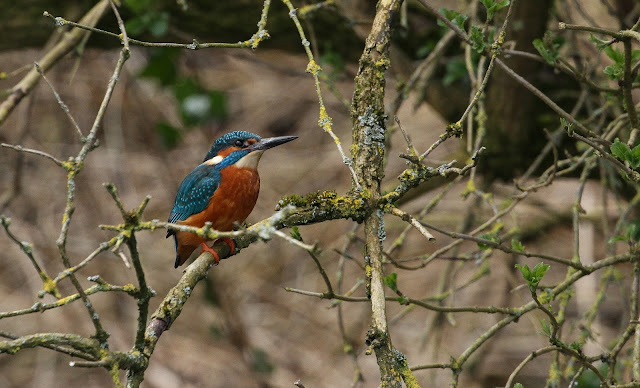 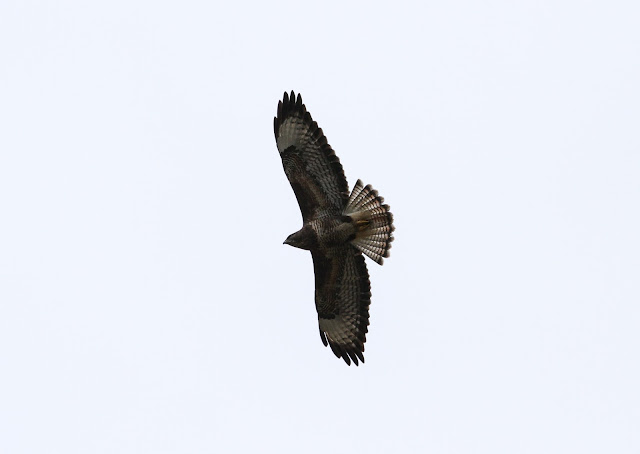 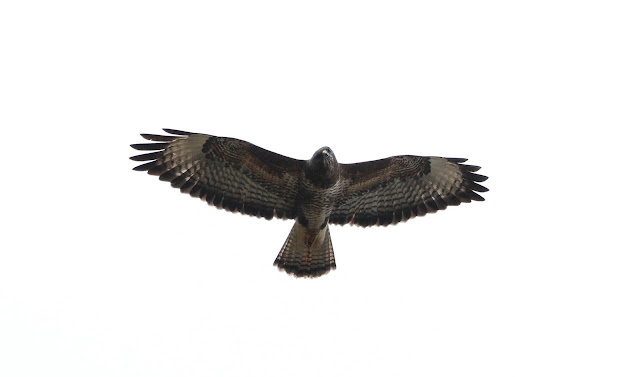 Cavenham Heath was my 2nd site and I very quickly got onto 5 Stone Curlews for my yearlist and also went on to see 2-3 Common Buzzards, Marsh Harrier, 1 Little Egret, 2 Grey Wagtails, 6 Siskins, Chiffchaff, Water Rail and Common Lizard. 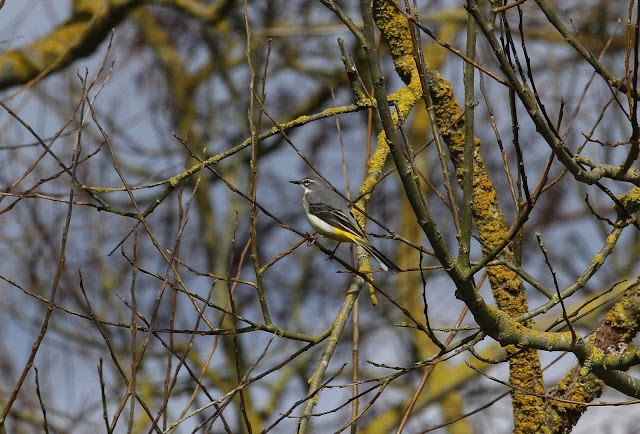 An extended visit to Lackford Lakes finished my day. Here I eventually located a male Red-crested Pochard (the lengths you go to for a yeartick!) and also there had c6 Goldeneye displaying, 5 Lesser Redpolls visiting the visitor centre feeders, 2 Nuthatches, c5 Chiffchaffs, Song Thrush and 2 Cetti's Warblers amongst the common wildfowl. 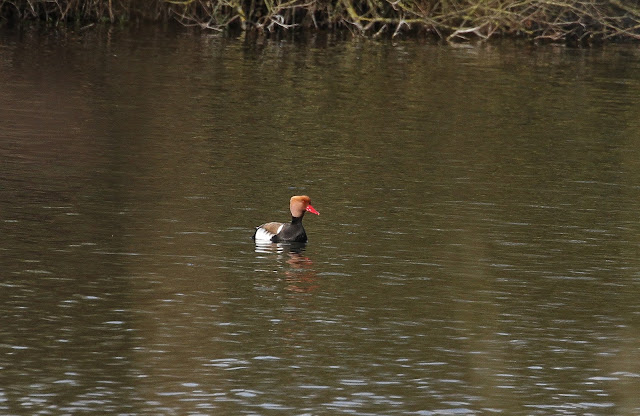 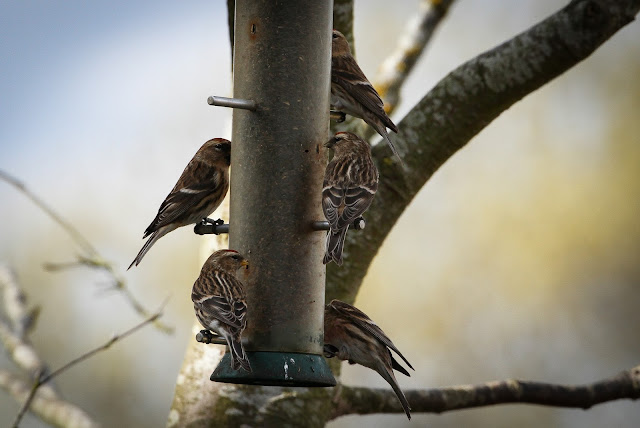 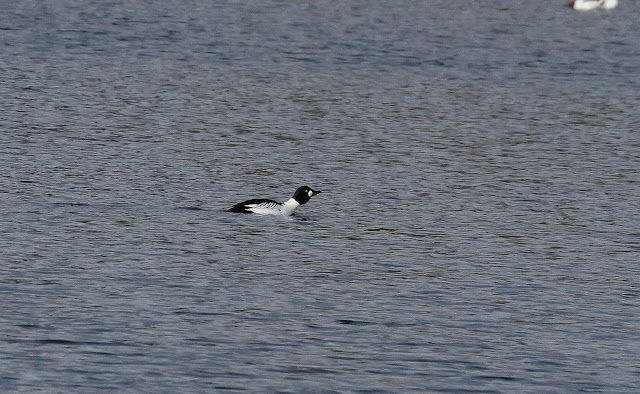 Goldeneye
Posted by Chris at 20:32