An early morning start had us driving the short distance to the forest area around Kitulgala Police Station. I really enjoyed birding here and the birds came thick and fast as we explored from the track. Black-capped Bulbul, Yellow-browed Bulbul and a perched adult Shikra kicked things off as the light slowly improved. Down a steep drive to  house we then spent some time searching for and eventually getting some great views of a Spot-winged Thrush as it fed a fledged juvenile. A pair of Dark-fronted Babblers were in the same area. Then a spate of birds in quick succession with Crimson-backed Flameback, Lesser Yellownape, Emerald Dove, Orange Minivet and a male Tickell's Blue Flycatcher causing a problem of which to look at first! A couple more Spot-winged Thrushes followed before it was time for AbdulRahman to leave us for a couple of days to sort out his passport problems.

2 Sri Lanka Junglefowl (up a tree!) proved to be the first of many throughout the trip. Indunil then got a call from another guide and a short walk later we were at a spot where a Crimson-fronted Barbet showed before we ducked under some barbed wire to search for our quarry that could be heard calling. After a short search we hit the jackpot with a superb Chestnut-backed Owlet and despite being seriously attacked by leeches this was a really special moment. We finished at the site with another little rush of birds including Sri Lanka Crested Drongo, 2 Orange-billed Babblers and 3 White-bellied Drongos. 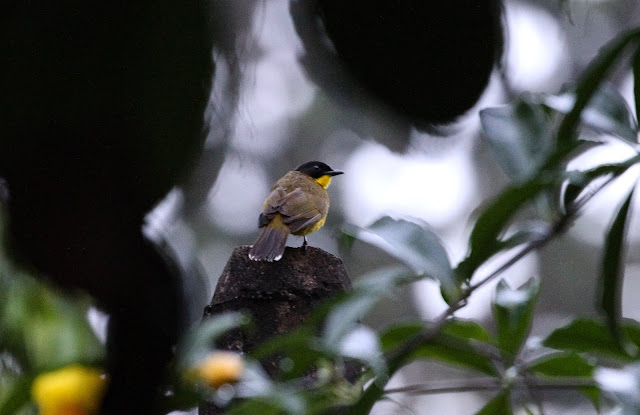 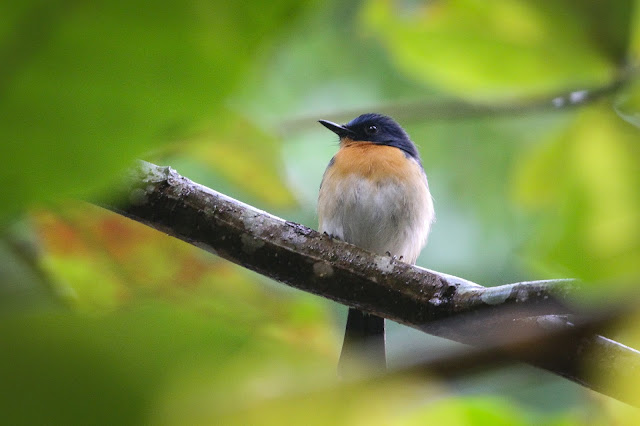 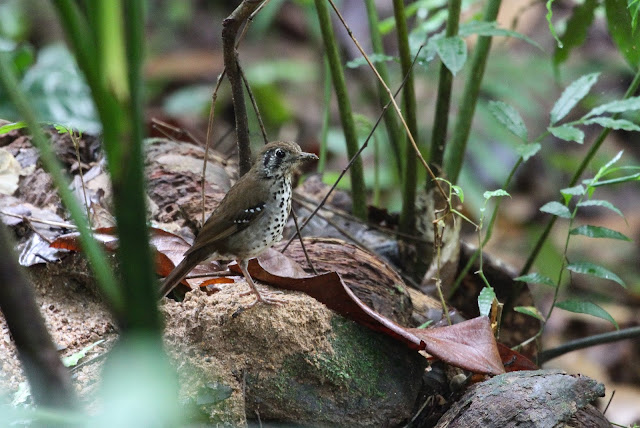 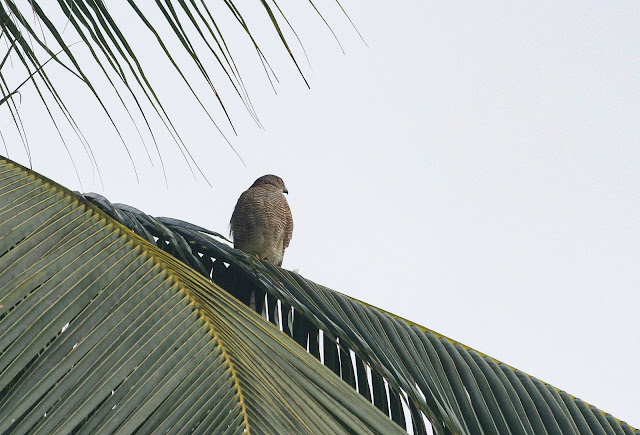 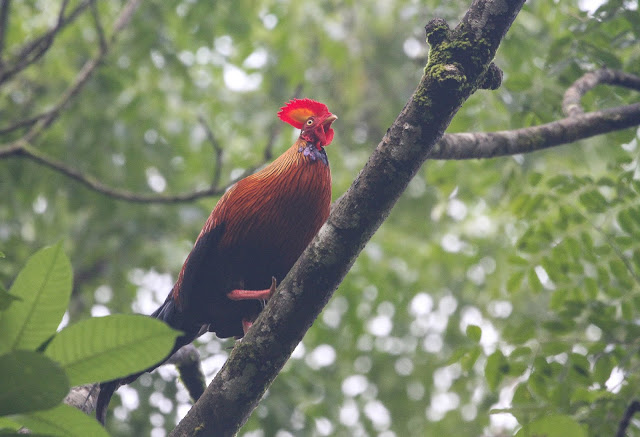 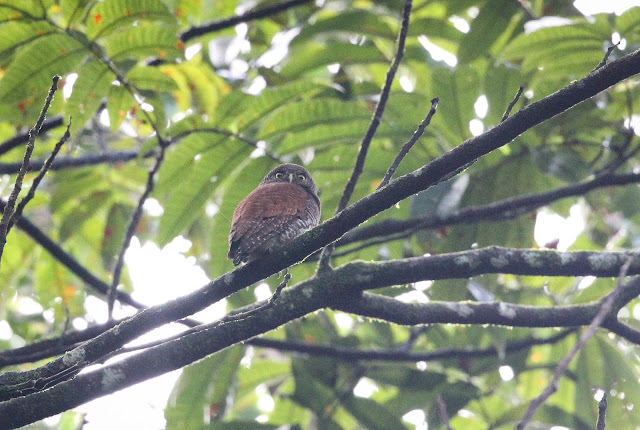 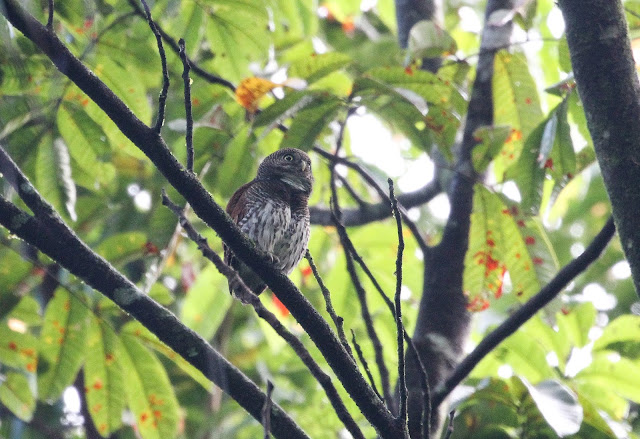 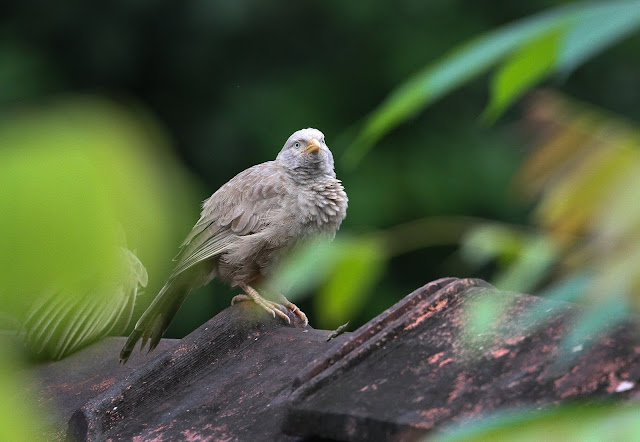 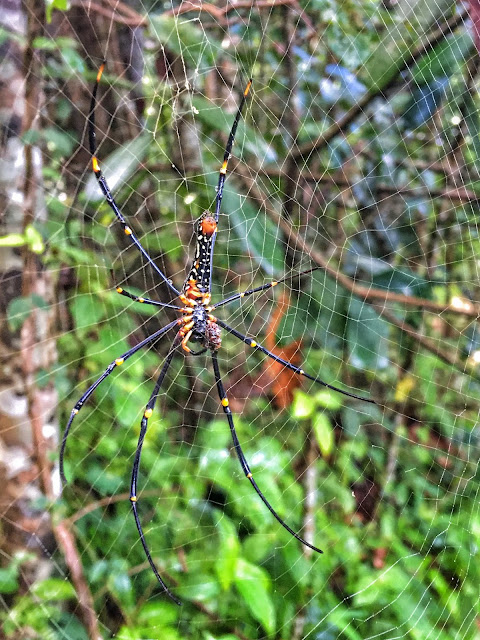 Back at the rest house for lunch an accipter flew past the window and obligingly settled in a tree for a couple of minutes. Despite being called as a Shikra by another guide the photos clearly show a rather splendid Besra. Green Imperial Pigeons were passing overhead frequently and a wander around the grounds and carpark area produced a  number of Alexandrine Parakeets, 2 Layard's Parakeets and some wonderful views of Sri Lanka Hanging Parrot. 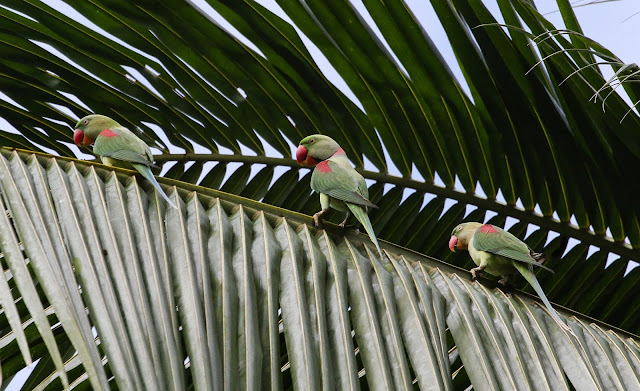 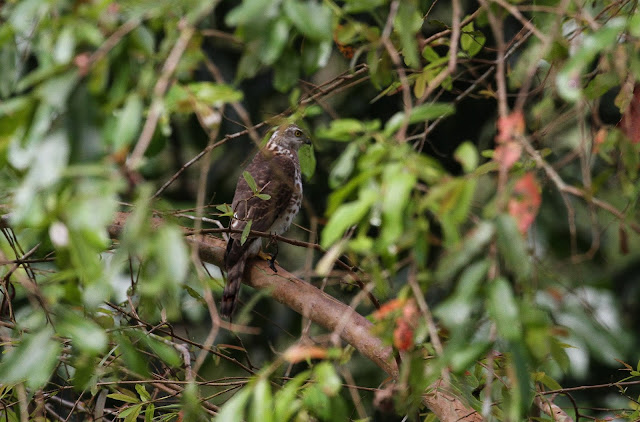 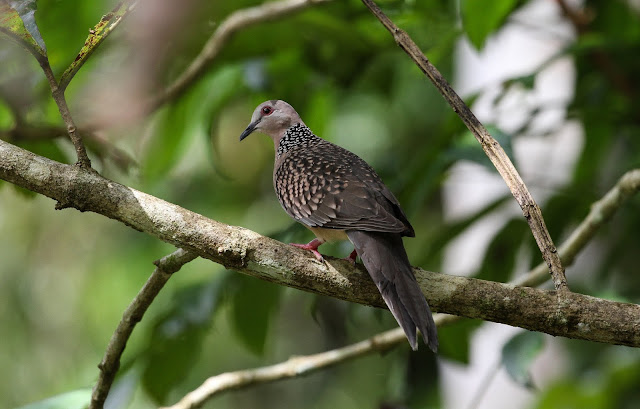 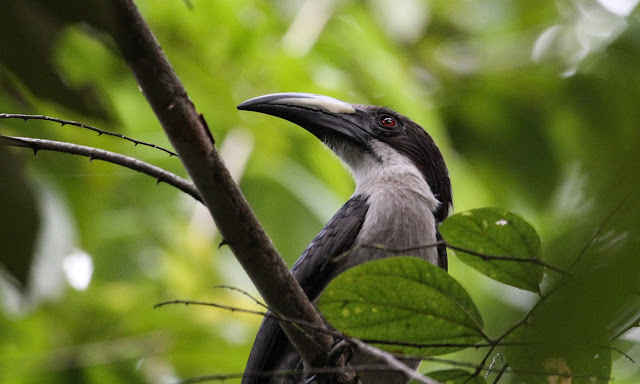 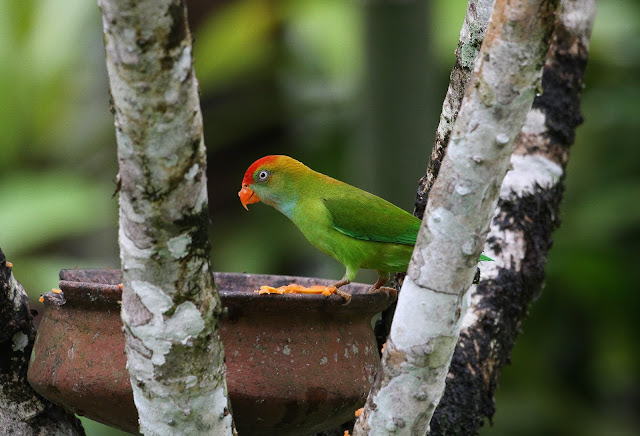 That afternoon we ventured over the other side of the river to the Makandawa Forest Reserve by paddle boat. On the river was a Stork-billed Kingfisher and Little Cormorant. Birds were rather thin on the ground but on the 2.5 km walk to a clearing we managed a pair of Malabar Trogons, Asian Palm Swifts, Sri Lanka Grey Hornbill, Common Tailorbird and White-rumped Munias. At the clearing while waiting for Indunil to scout the surrounding forest we scooped with a fantastic Legge's Hawk Eagle plus Crested Serpent Eagle and a wild Water Buffalo. The walk back resulted in a good soaking as the heavens opened but a couple of perched Sri Lanka Swallows were nice. 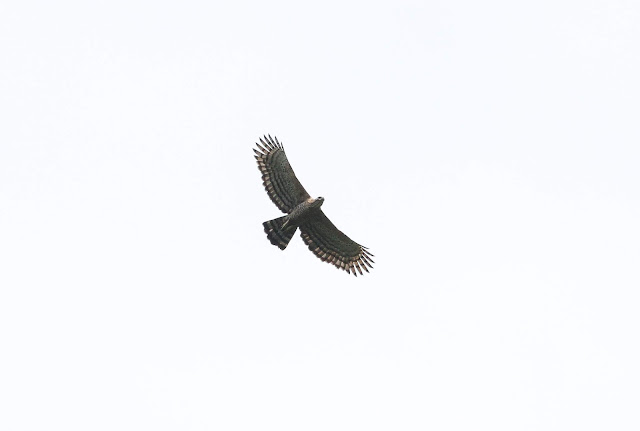 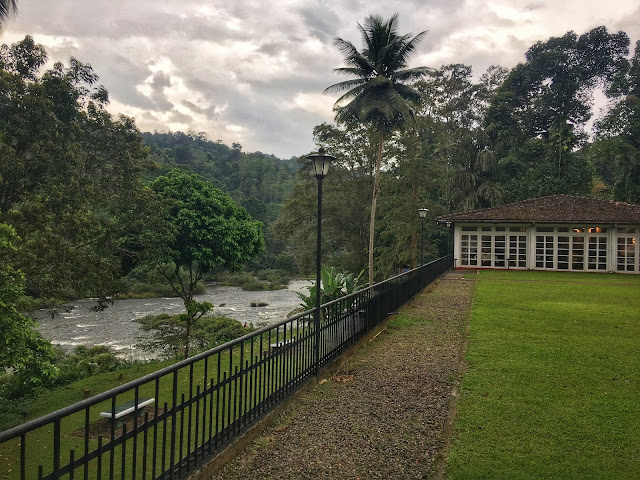 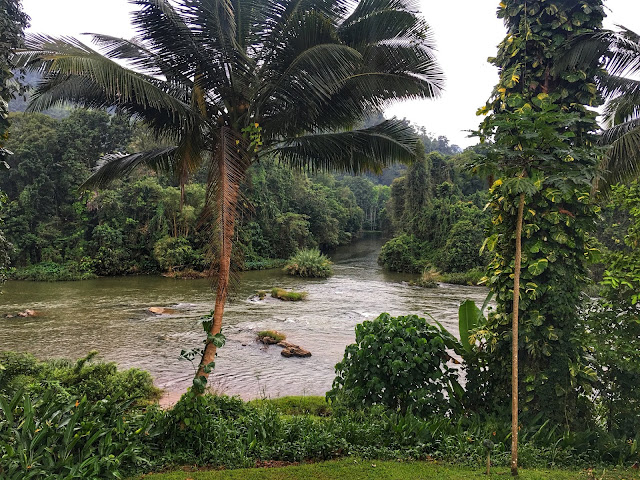 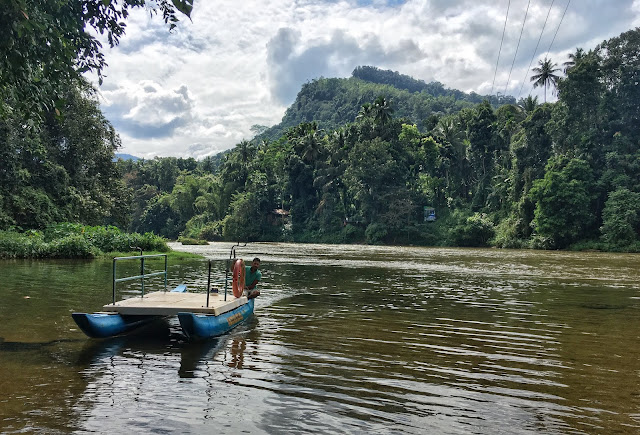 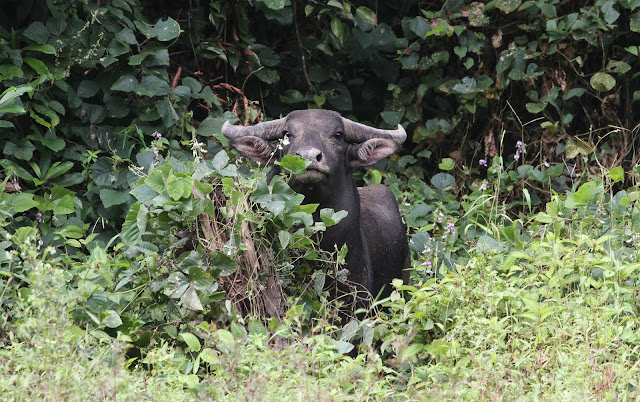 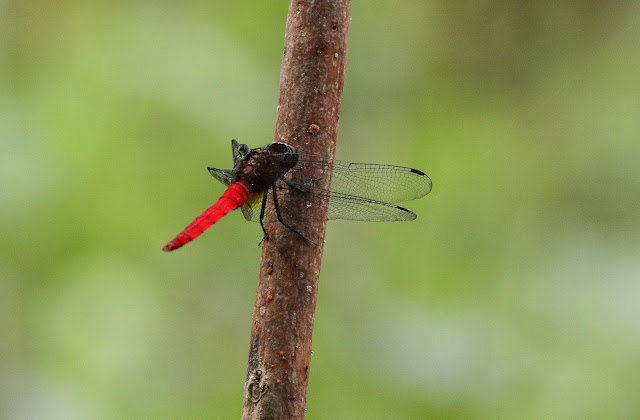 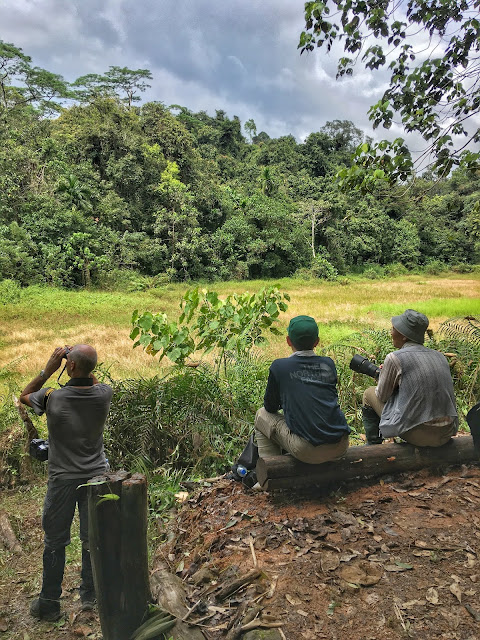 After a quick shower and pack we were on the road again to our next stop at Sigiriya. We arrived at The Inn on the Tree after dark and settled in. En-route the most notable sightings were a colony containing Indian Cormorants, Little Cormorants and many herons including 3 Black-crowned Night Herons a roadside Zitting Cisticola and several Blue-tailed Bee-eaters. 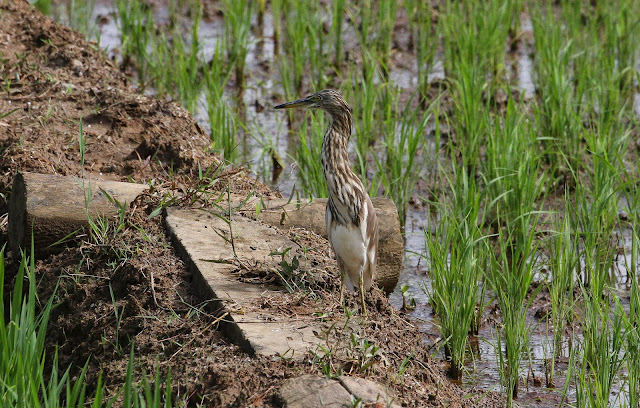 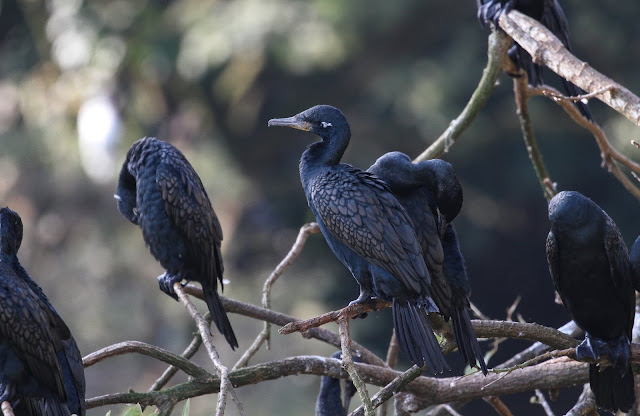 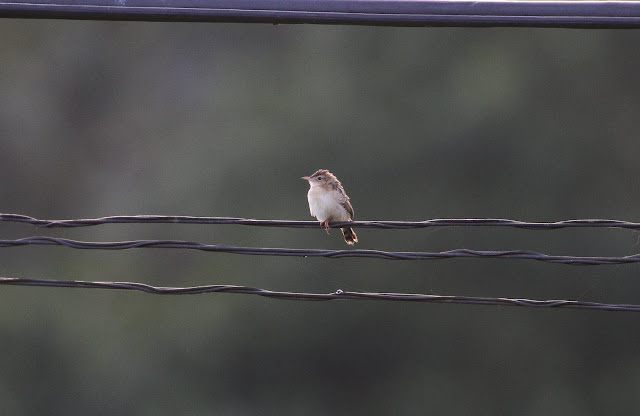 Zitting Cisticola
Posted by Chris at 11:29