It's been a rather hectic last few days - but luckily for all the right reasons!

When I finished work at lunchtime I popped along to the Waveney/Little Ouse fens and did a proper count of the Early Marsh Orchids ssp ochroleuca. I found 34 at site A, 0 at site B and 1 at site C which is a very good year indeed for this rarest of British orchids. Despite some directions I couldn't find Prickly Poppy but there were some rather good looking Milk Thistles there. I also found a very strange campion/catchfly type plant in a wet fen that has defied identification even from the experts! There were Cuckoos calling at 2 different fens and a couple of Lesser Whitethroats also still singing strongly. 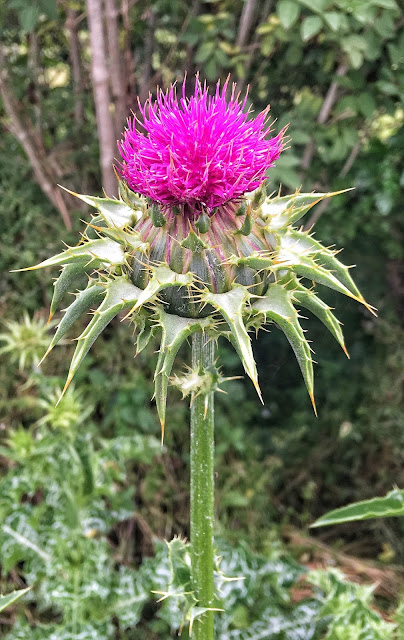 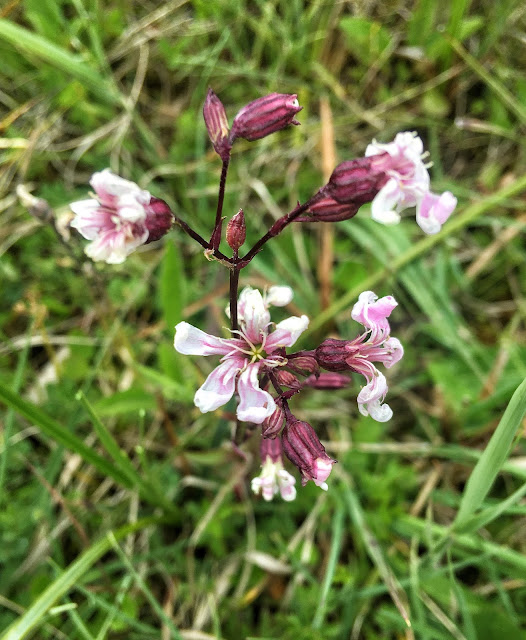 Mystery campion, answers on a postcard!

Belinda and I headed for North Norfolk for a long walk in the West Runton/Sheringham area. I had a little botany target too and was delighted to find a really good colony c100 of the rare Yarrow Broomrape plus others scattered all along he coast. Common Storksbill was out in numbers, I found Long-headed Poppy in Water Lane, West Runton and both Fulmars and Sand Martins were around their nesting cliffs.

On the way back through Norwich I arranged a rendezvous with Jeremy and Vanna Bartlett at their house in the west of the city. I wanted to buy a copy of Vanna's excellent book 'Arthropedia' but also Jeremy has some rather special plants on his allotment nearby. The main attraction is some genuine wild Weasel's Snout plus some equally wild Common Cudweed (far from common!) but his 'translocated' Henbane and Night-flowering Catchfly from local seed were also rather lovely! 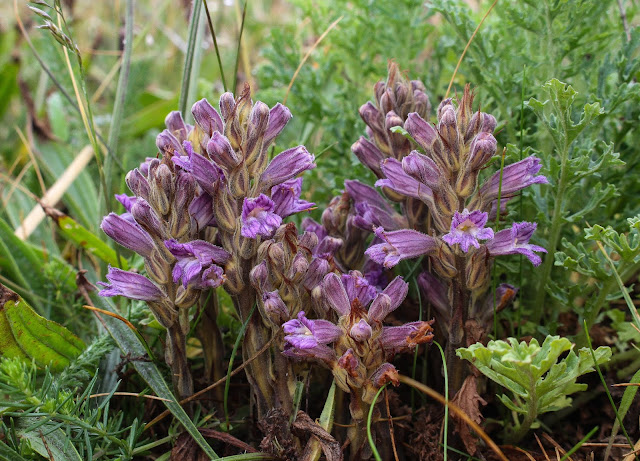 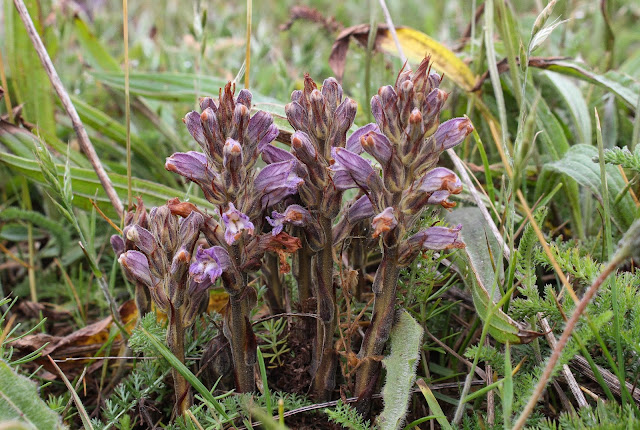 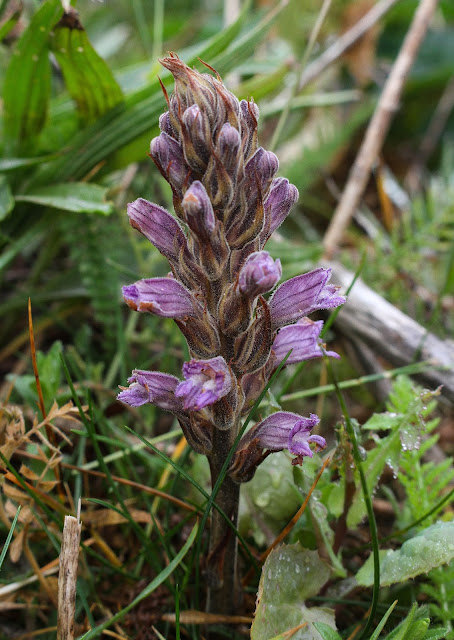 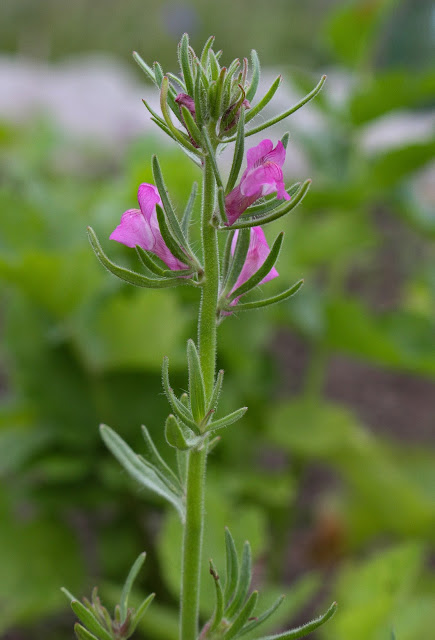 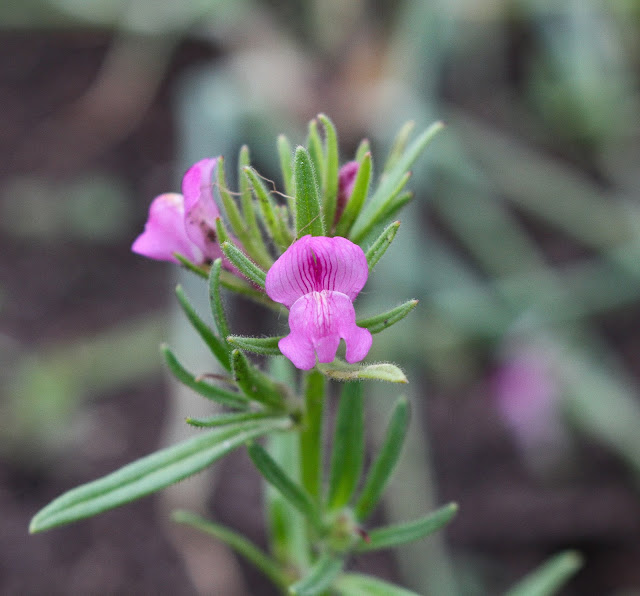 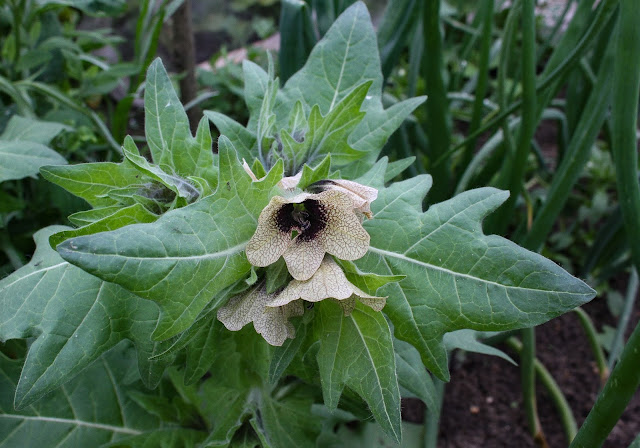 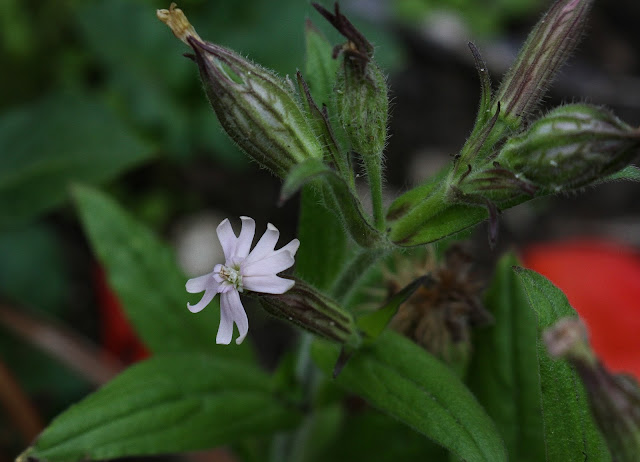 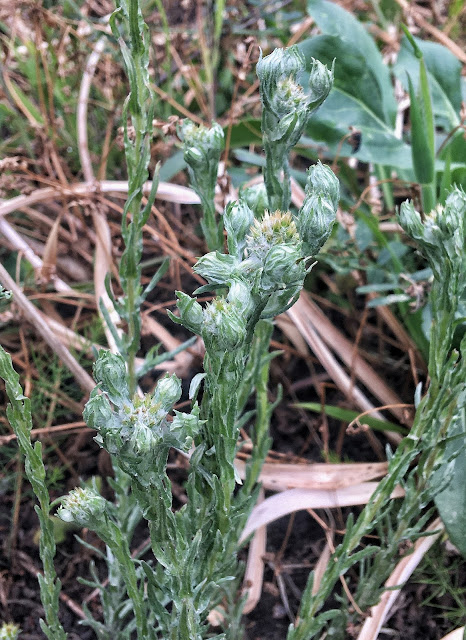 A warm and sunny day spent in Suffolk in the Stowmarket general area. Belinda wanted to visit her parents graves in Wetherden and then we explored the superb RNR at Haughley. This poppy and Cornflower strip is really spectacular and I was also rather chuffed to find the rapidly declining Prickly Poppy and Hairy Tare there amongst the masses of Common Poppies.

Next up was a lightening quick visit to another RNR near Stowupland where I found my target Wild Liquorice easily plus several Pyramidal Orchids. We then turned our hand to lunch and a nice walk along the River Gipping at Needham Market before heading home. A Grey Wagtail was a Needham Mill. 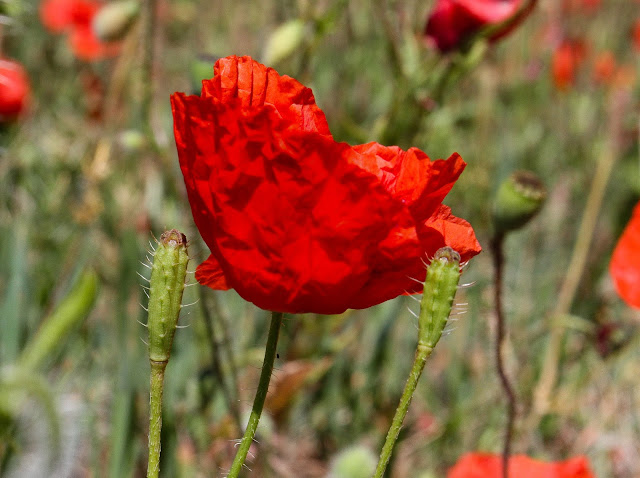 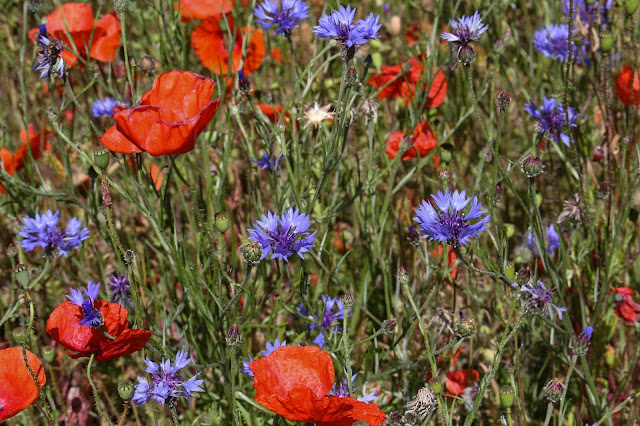 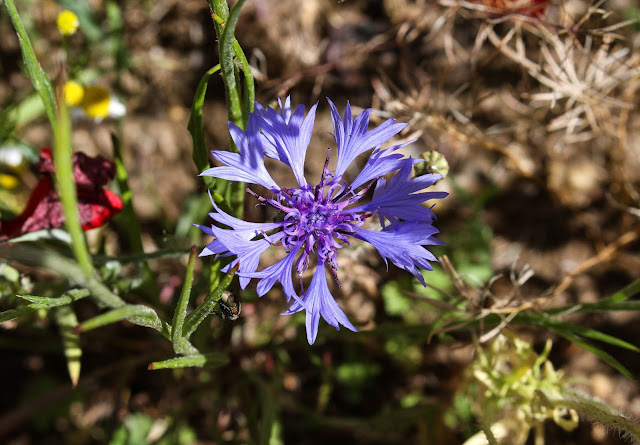 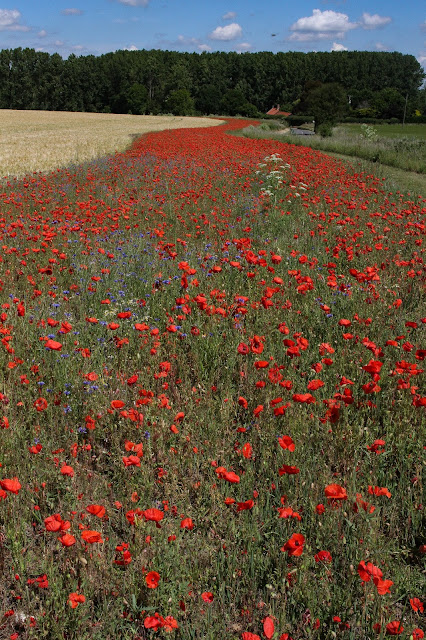 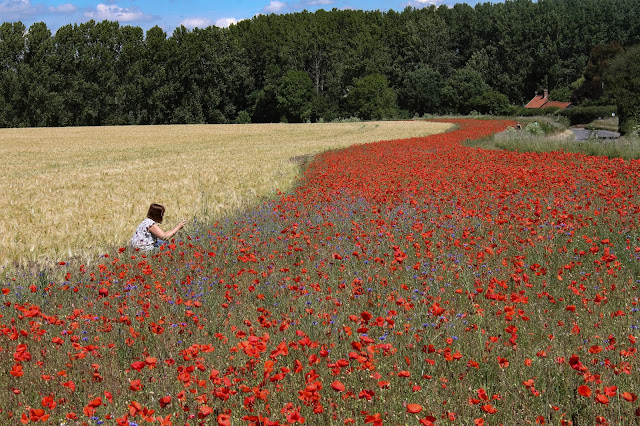 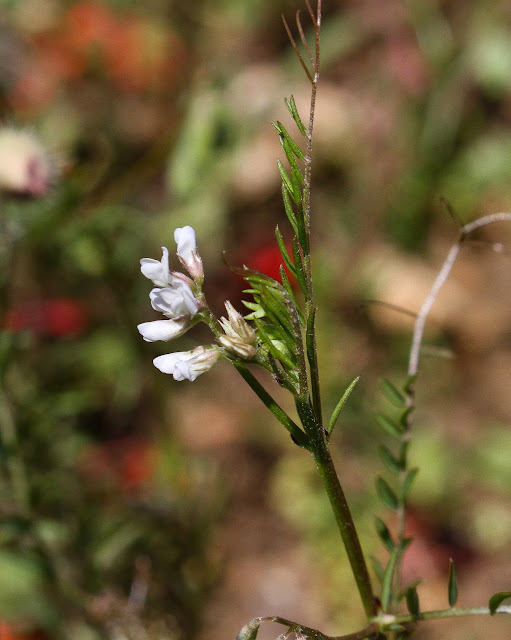 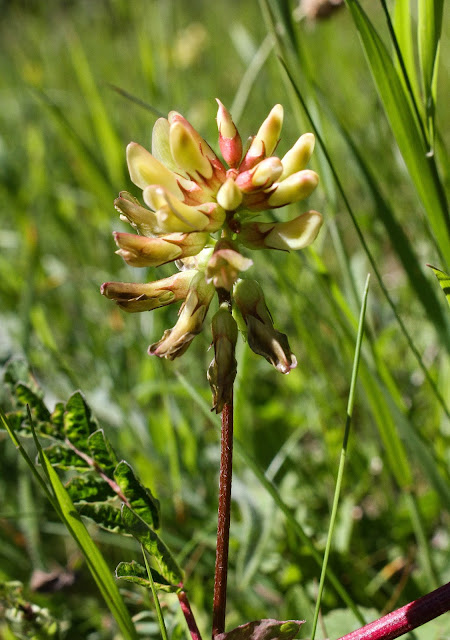 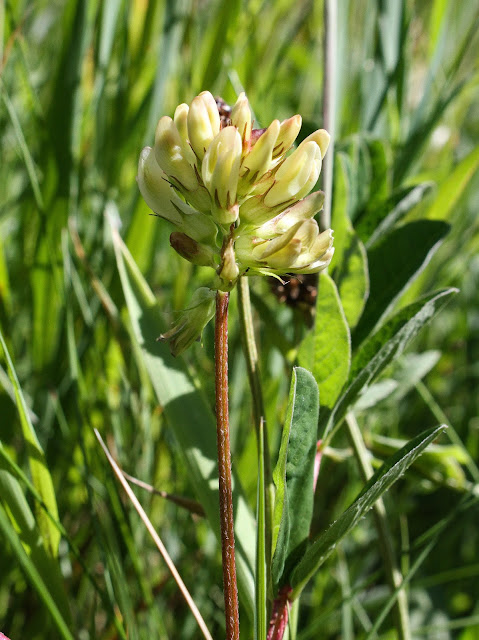 I was left to my own devices for the day so after some shopping for work supplies in Norwich I explored the short stretch of the River Wensum at New Mills. James Emerson had found a umbellifer growing in the middle of the river and I offfered to get some close up photos to aid idenification. It has proven to be River Water-dropwort, a rare plant in these parts. There was plent of Water-cress and Blue Water Speedwell there and also some Kingfisher action that looked suspiciously like nesting behavoir.

Later in the day a quick visit to Thorpe Marshes in the middle of the afternoon was predictably the worst time of day for the Savi's Warbler there but plenty of Norfolk Hawkers, a Hairy Dragonfly and a couple of Variable Damselflies (7 sp of odonata altogether) kept me amused and I also found some of the rare Water Soldier in one of the dykes. 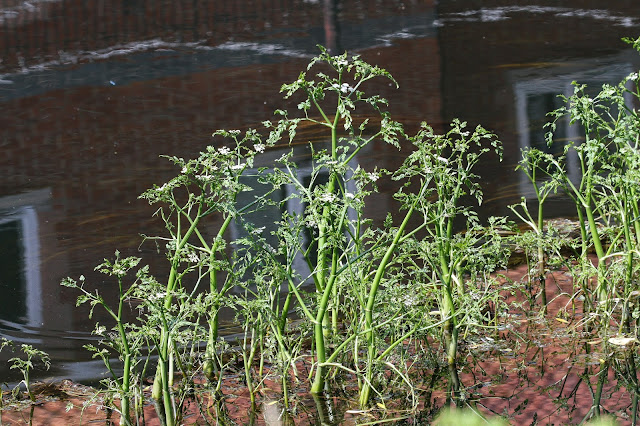 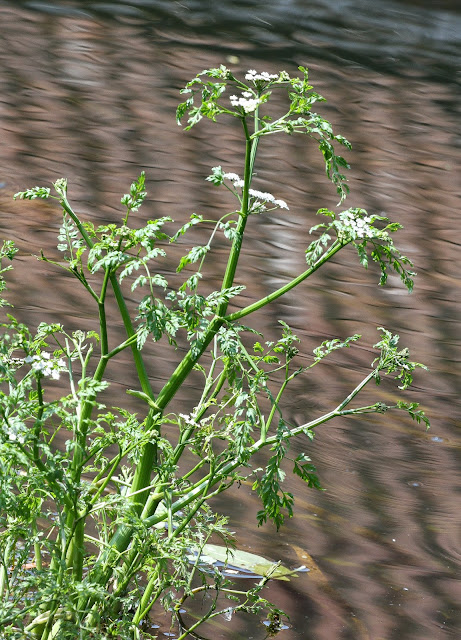 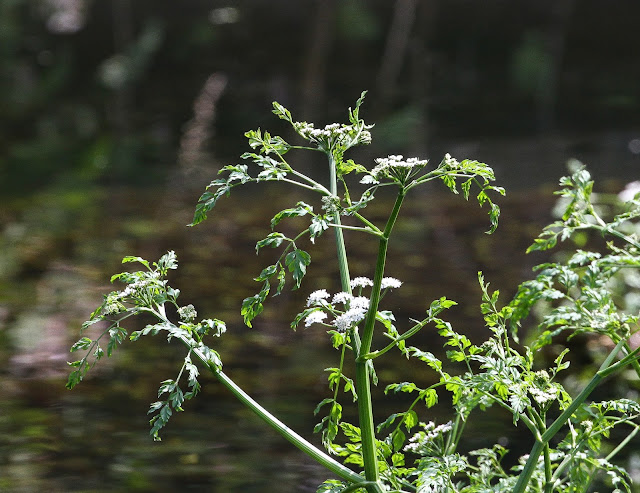 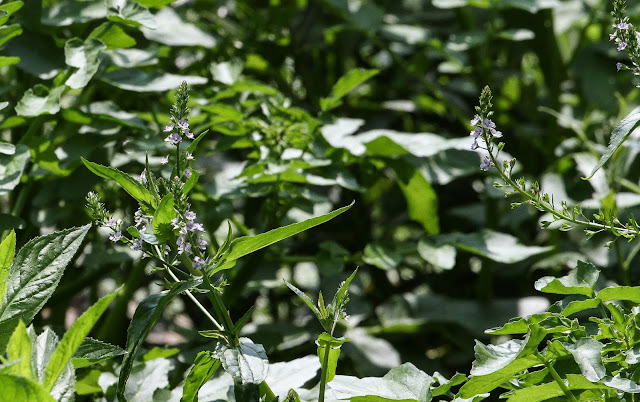 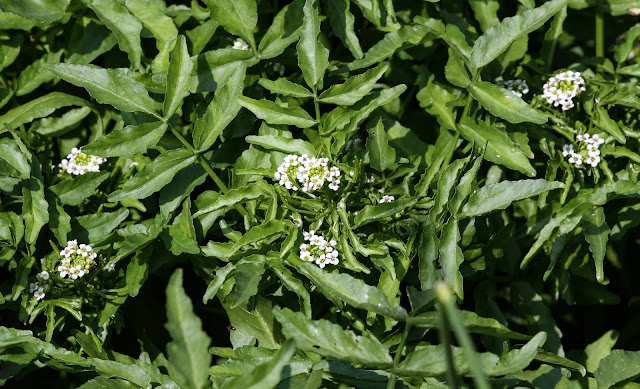 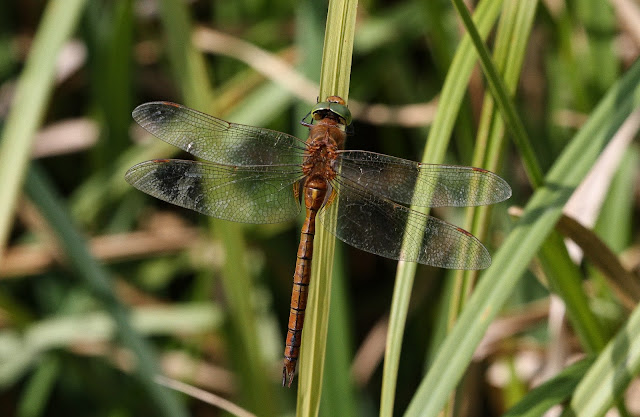 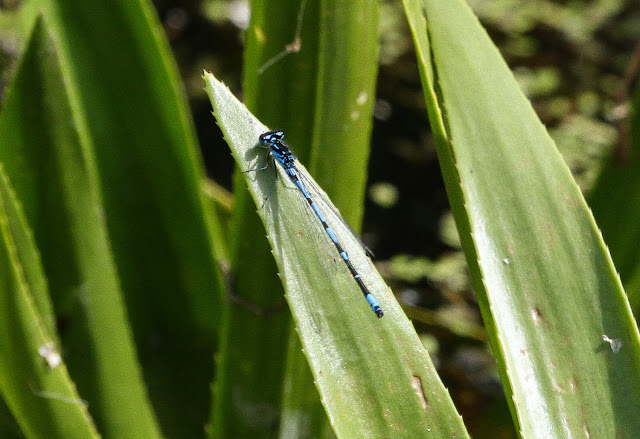 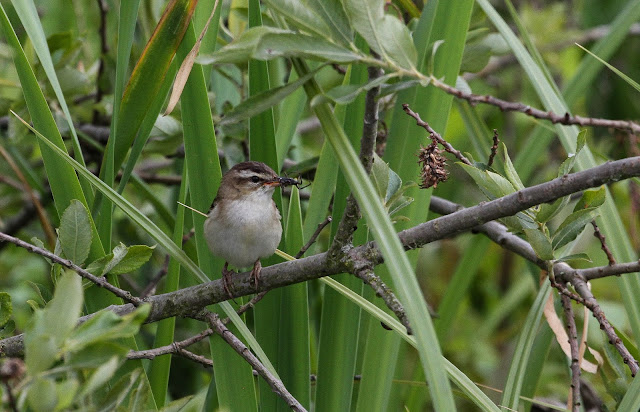 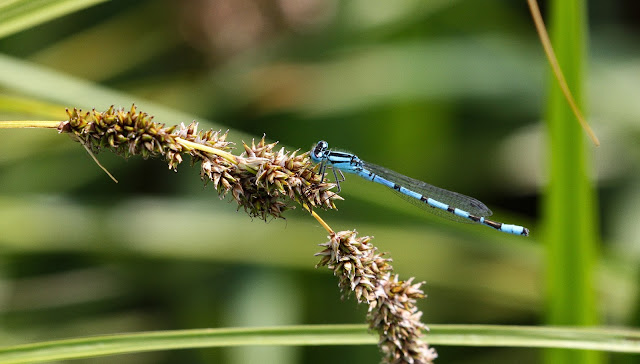