We left our digs of the last 3 nights this morning and headed west into Lancashire via Barnard Castle (or a quick eye test!) to Kirkby Stephen.

Just outside Kirkby Stephen is the lovely reserve of Smardale Gill which I'd not visited for years. Upon arrival things had changed a little with a new small reserve carpark, on site warden and more importantly a coffee van! After a very good flat white we began the walk along the old railway line, doing a loop at the viaduct end and then re-tracing our steps. My hoped-for Northern Brown Argus wasn't to be but nonetheless I did manage a single Dingy Skipper and some nice plants. Most noticably the rare Narrow-leaved Bittercress, Woodruff, Pignut, Early Purple Orchid, Wood Cranesbill, Common Rock-rose, Water Avens, Wood Avens, the curious hybrid bewteen the 2 known as Hybrid Avens and the purple form of Common Milkwort. 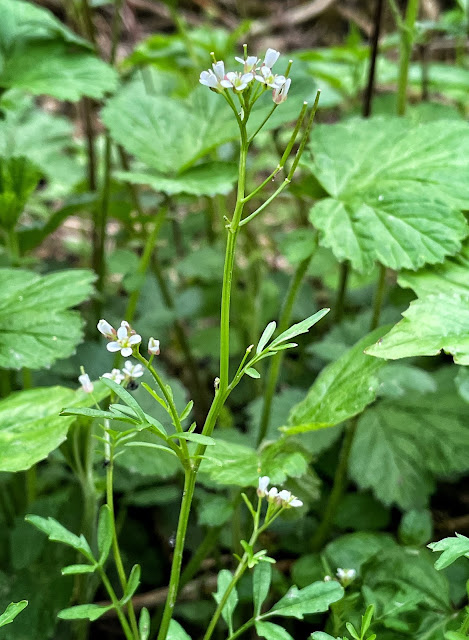 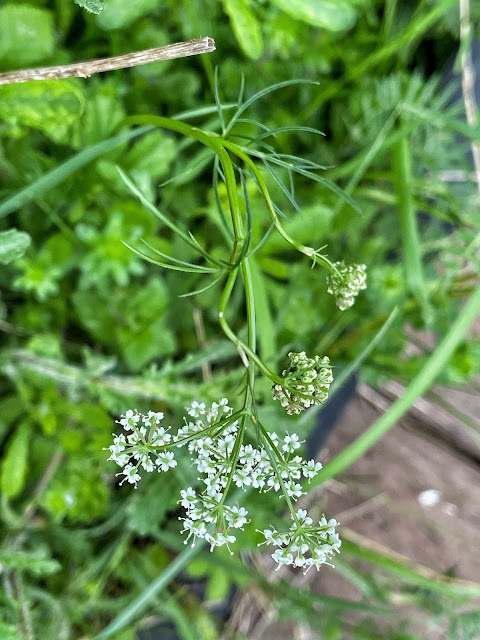 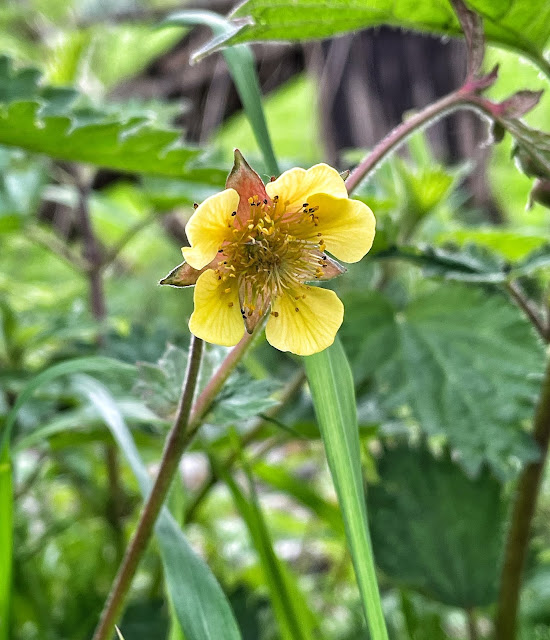 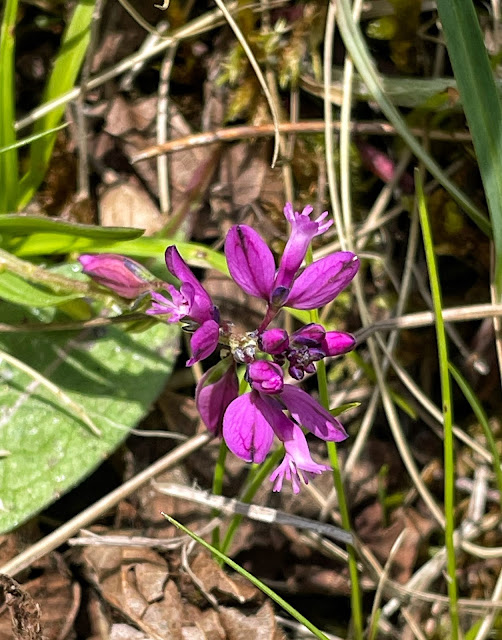 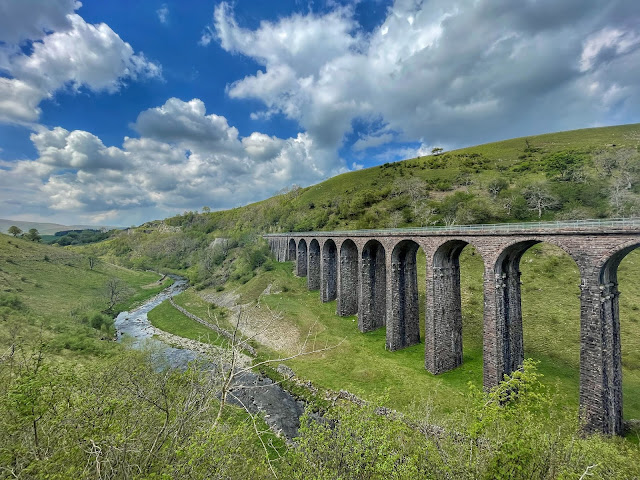 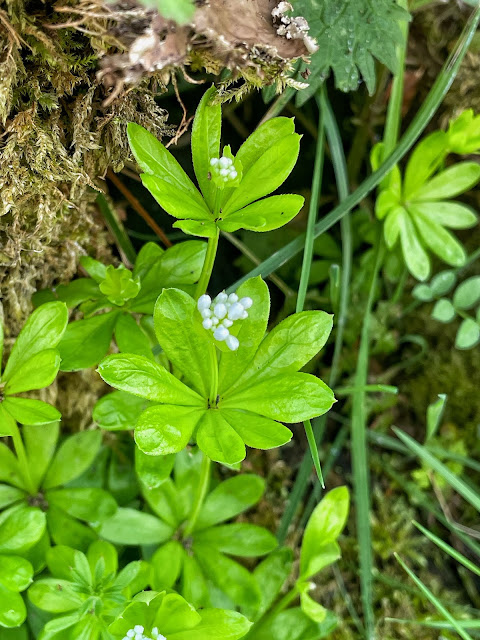 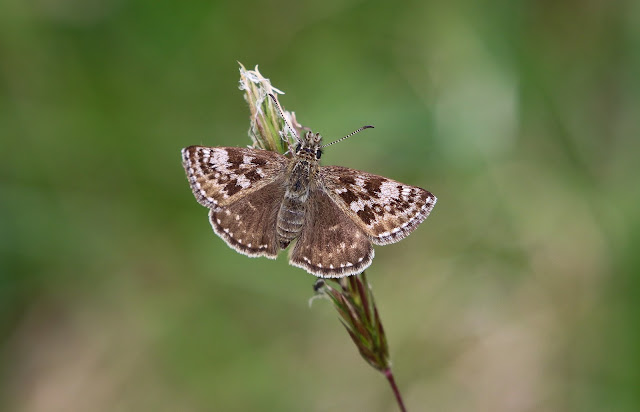 With time on our hands we had the opportunity to overshoot where we were due to stay (near Kirkby Lonsdale) and head to Gait Barrow and a date with a certain lady! A detour to Orton on the way also got me my first Northern Marsh Orchids of the year with 4 just starting to pop up. After much mooching around a particular area on the Yew Trail at Gait Barrows with no luck I was getting a little exasperated so made a phone call to my mate Sean Cole. He informed me they had died out where I was looking but was able to tell me about a new spot on the reserve. It was quite a walk to get to the place by Hawes Water and in my haste I barely even stopped to look at Lily of the Valley on the way past! We got to the spot and immediately found my quarry - the magnificent Ladies Slipper Orchid. 2 flowers were left and in excellent condition. Having seen the original native plant at distance in Yorkshire many years ago it was great to get up close and personal and get some photos. The other good sightings here were Birds-eye Primrose and some naturalised Welsh Poppy. Earlier, when exploring the limestone pavement I found Limestone Fern and Hard Shield-fern in the grikes. 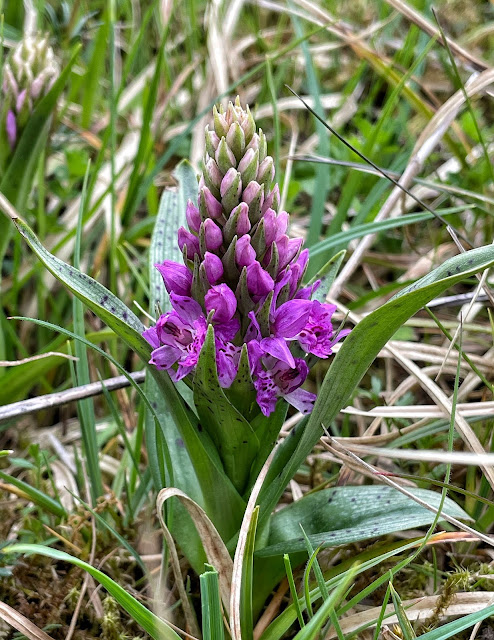 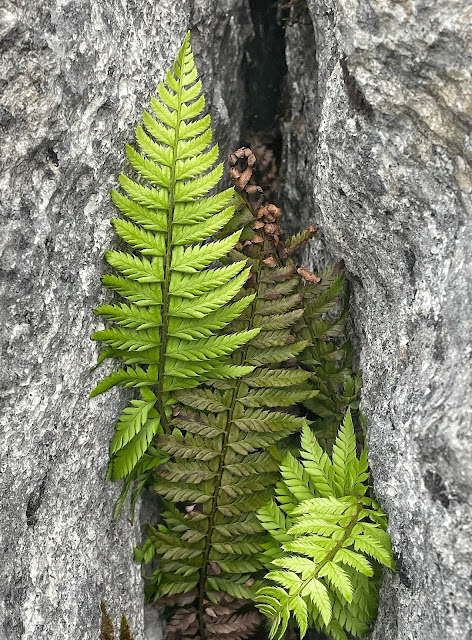 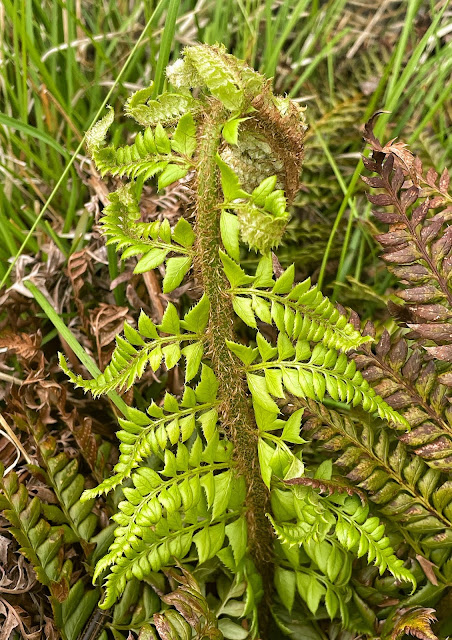 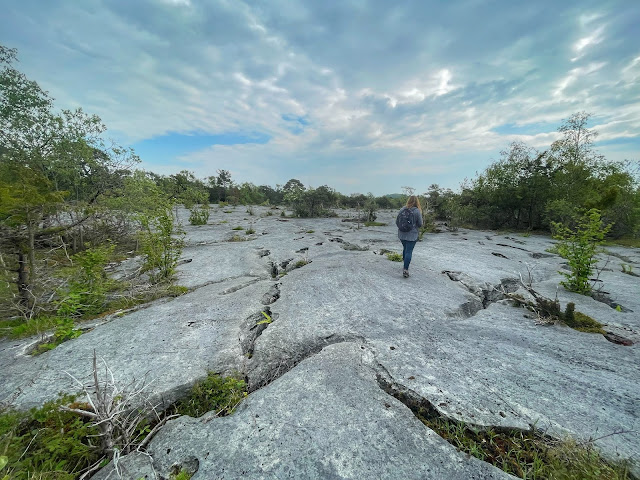 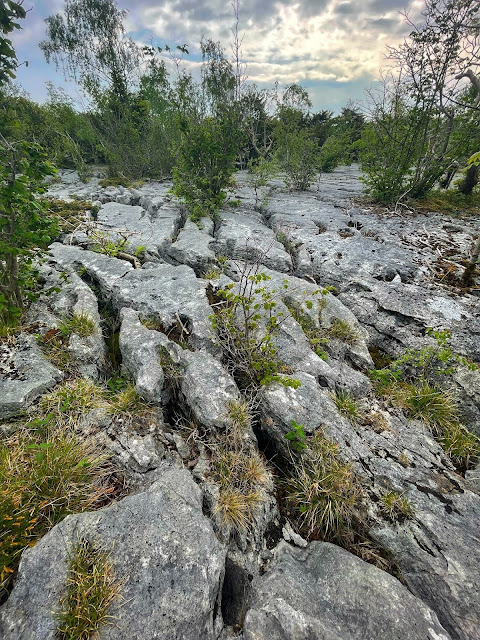 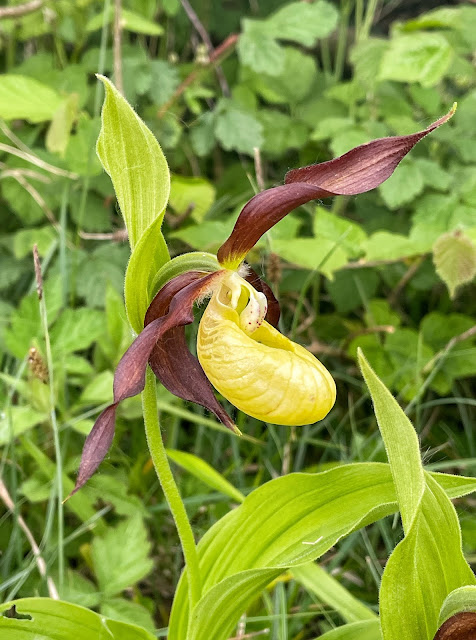 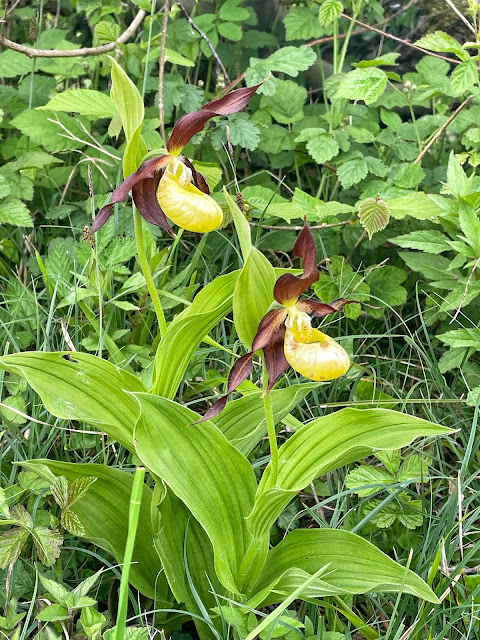 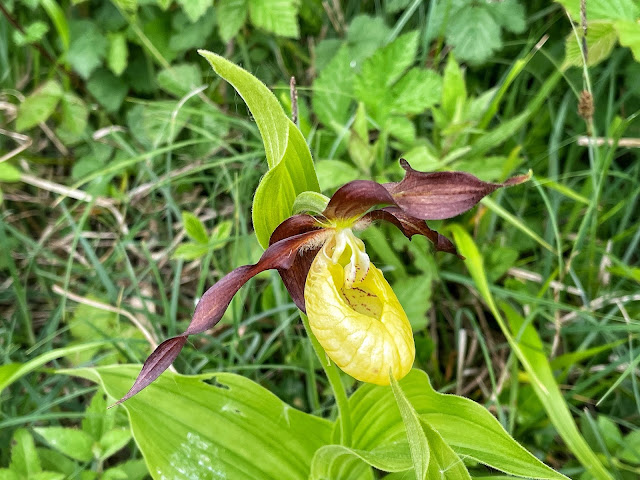 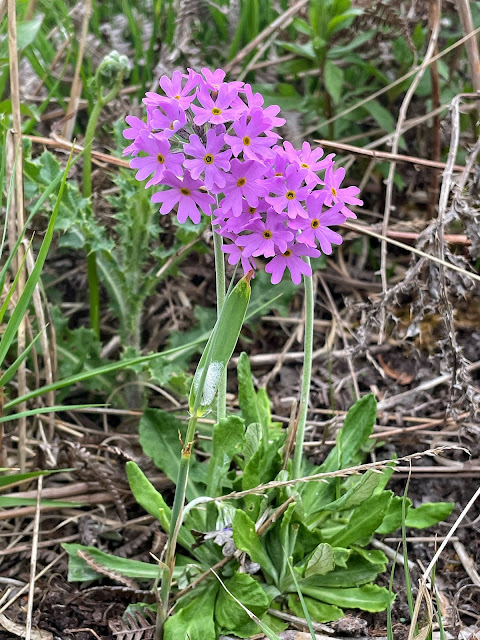 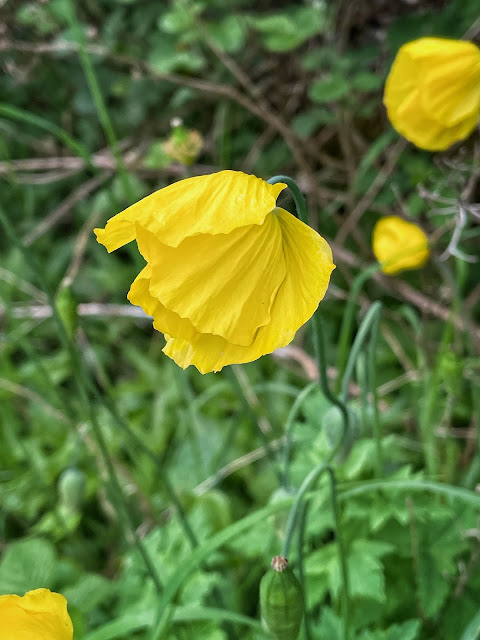