We had been debating going for the male Belted Kingfisher near Preston for a while now but availability and the somewhat erratic nature of the bird had prevented us taking the plunge. Yesterday the stars aligned though and we (me, Jus and Andy) decided to go.

Despite the delayed departure due to a certain person's alarm not going off (!) we got to the carpark near Roach Bridge and walked in the half light to the site overlooking the River Darwen. The farmer is charging a tenner a head to enter his field so we duly forked out! To say the field is muddy is an understatement - it was like a scene from the Battle of the Somme! Cue lots of a staggering about, getting stuck and an accident or two! Within about 10 minutes of arrival the bird was found sitting in full view in a riverside tree about 200 yards away and gave some nice views as people scrambled for scopes. At least 5 people looked through mine! After about 3 minutes it dropped down out of view and disappeared for some while. Eventually it was picked up again at long distance perched high in trees beside Knights Bottoms fishing lake and showed surprisingly well (considering it was c800 yards away) sometimes flying down to fish before popping back up. We left the site at about 10.00 having had our fill and with other items on our agenda for the day. 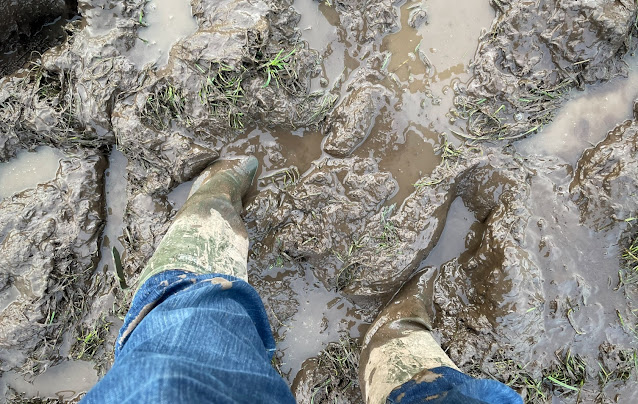 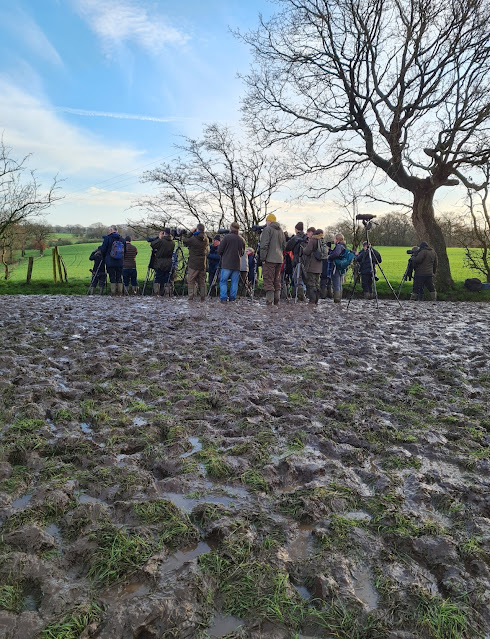 Not on our agenda was a stop off near the village of Whitmore west of Stoke in Staffordshire where we quickly found the single Greenland White-fronted Goose, my first for many a long year. A Canada x Greylag Goose hybrid was also there. Then it was a stop that we had planned as we gradually wound our way in a homeward direction. This was Albert Village Lake just outside Swadlincote. Here we located the female Ruddy Duck after a short search and it showed really nicely. Sad to say it may be the last of it's kind in the country and is attracting many a 'johnny come lately' birder who won't have witnessed the species in numbers back in the day. A pair of Goosander were another bonus. 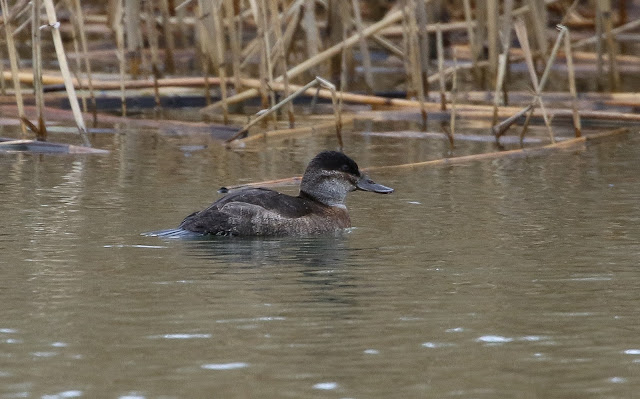 Last stop was at Eyebrook Reservoir where there was a list of things we wanted to try and see. Despite only having about 45 minutes to dash round we managed to score with everything thanks to very helpful local birder Andy Shaw. 12 Smew (including 6 drakes), 5 Scaup, female Ring-necked Duck, a hybrid Tuftie x Pochard, 2 Whooper Swans, Great White Egret and 2 wintering Avocets. Also seen were 3 Dunlin, Pintails, Shoveler, Wigeon, Teal, Gadwall, Pochard, Tufted Duck loads of Goldeneye and a Little Egret. The place was full of birds!

The day also yielded a total of 4 Barn Owls.

We made or way home via a Burger King stop at Brampton. Our 2nd BK of the day but the only one that showed phtographically well! 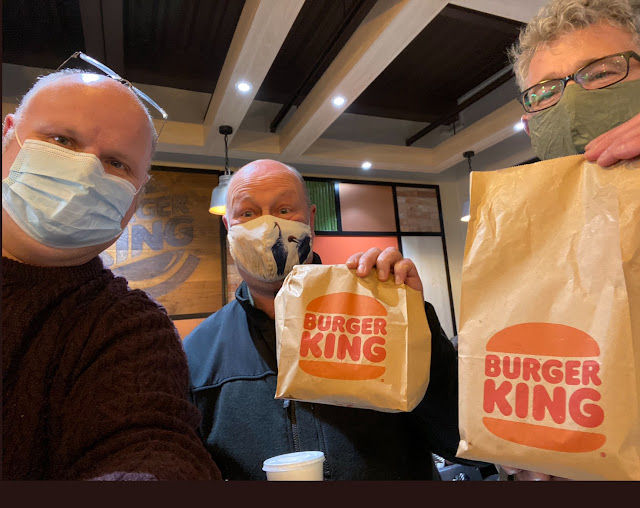