From my lack of blog posts you may have guessed I've been a bit busy! I finally got a day off today though and headed to the coast to see what I could find.

At Kessingland Sewage Works it was quite hard work but I eventually managed to winkle out a Yellow-browed Warbler which called from thick ivy but refused to show. A Cetti's Warbler burst into song briefly whilst 4 Grey Wagtails flew over. Other than that c4 Chiffchaffs, 1 Blackcap, a few Goldcrests and a nice photogenic Great Spotted Woodpecker were all I could muster.

At Gunton Wood there had been another YBW and several Firecrests reported but despite my best efforts all I could muster were c20 Goldcrests and a Blackcap!

After doing some other bits and bobs I finished the afternoon in Yarmouth Churchyard where I found the Yellow-browed Warbler in holly by the gates to the cemetry and got some nice views of this active and vocal individual. A few more Goldcrests were in the cemetry too. There has certainly been an arrival of those. 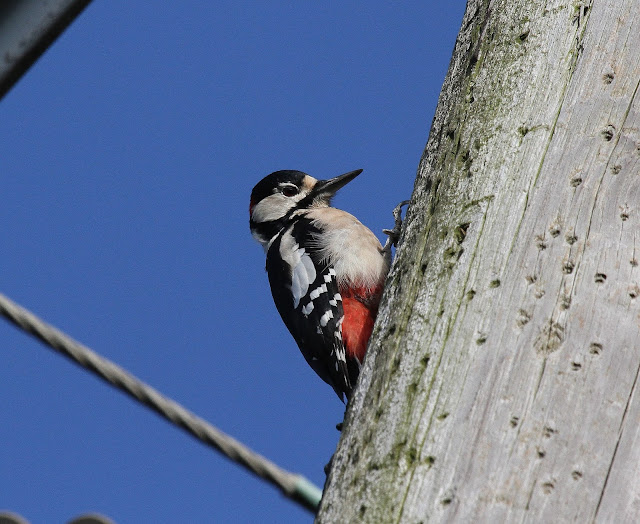