I actually managed to have some breakfast this morning and then persuade Belinda to come out birding with me for a few hours this morning. It was mainly the lure of her seeing flamingoes to be honest!

The lagoon/scrape by the road next to the entrance road to our resort was good for birds all the time we were there and this morning was no exception. 5 Roseate Spoonbills were nice and close as was Tri-coloured Heron plus 6 White Ibis. On the lagoon opposite there were loads of showy American Flamingoes, 2 Green Herons, Tri-coloured Heron, 2 Little Blue Herons, a smattering of Great blue Herons (including a white morph) and Snowy Egrets as well as numerous Great Egrets. Over the lagoon were also a single Caspian Tern, a few Royal Terns and a Lesser Black-backed Gull. Waders comprised c40 Short-billed Dowitchers, loads of Stilt Sandpipers, 1 Lesser Yellowlegs,  numerous Black-necked Stilts and 1 Grey Plover. 3 Northern Shoveler were also new for the trip.

We tore ourselves away to the far end of Cayo Guillermo to explore scub ther but found this a frustrating exercise. There is so much construction work going on this wasn't very enjoyable. We failed to find Bahama Mockingbird or much else but having flogged the area for some while we returned to the road to find a nice Grey Kingbird perched up in roadside bushes. This proved to be my last world tick of the trip.

Back near the hotel we walked over the bridge connecting Cayo Guillermo to Cayo Coco with loads of Laughing Gulls and Double-crested Cormorants for company. A male Common Yellowthroat and Northern Parula also popped up in roadside mangrove scrub. 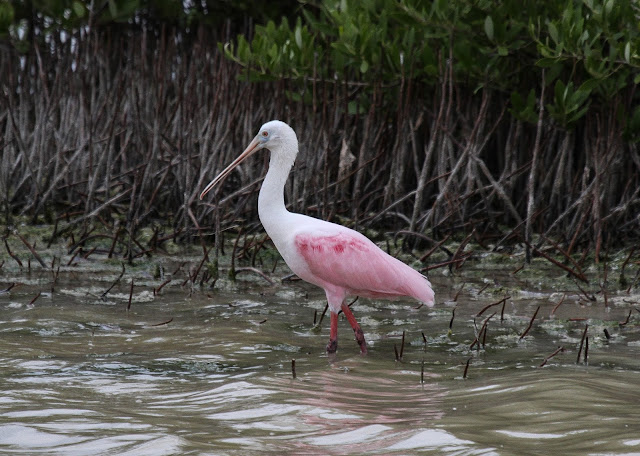 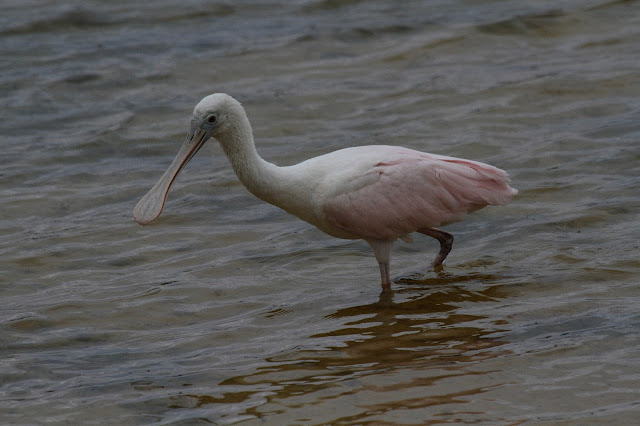 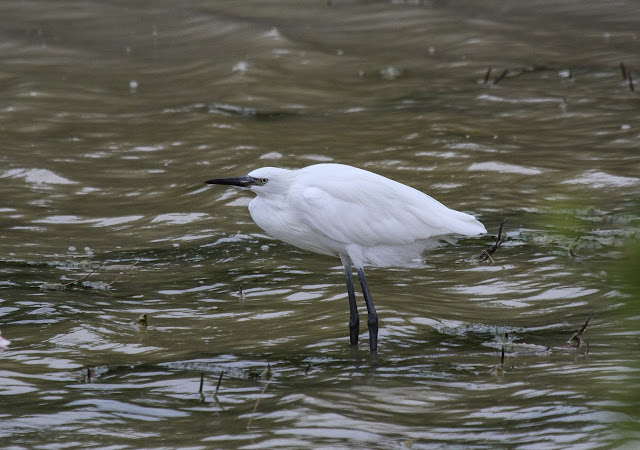 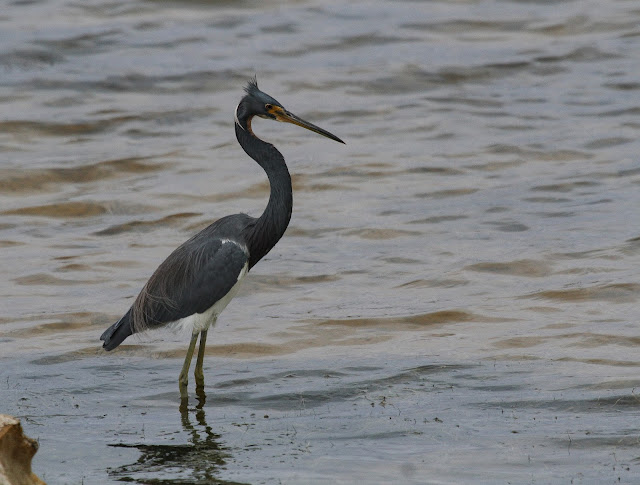 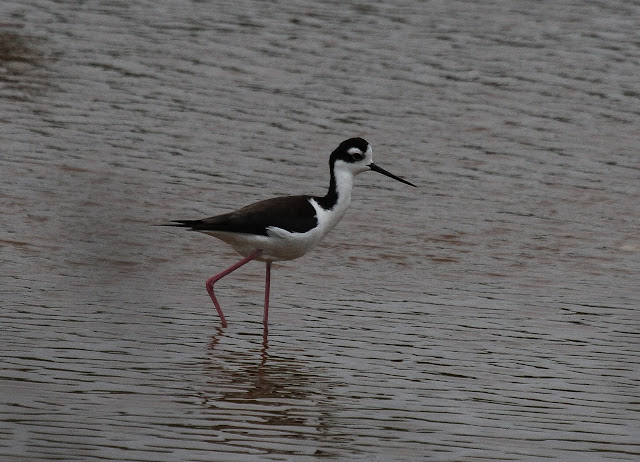 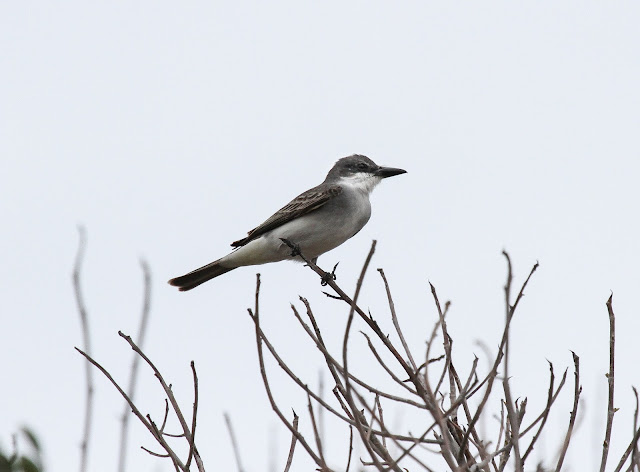 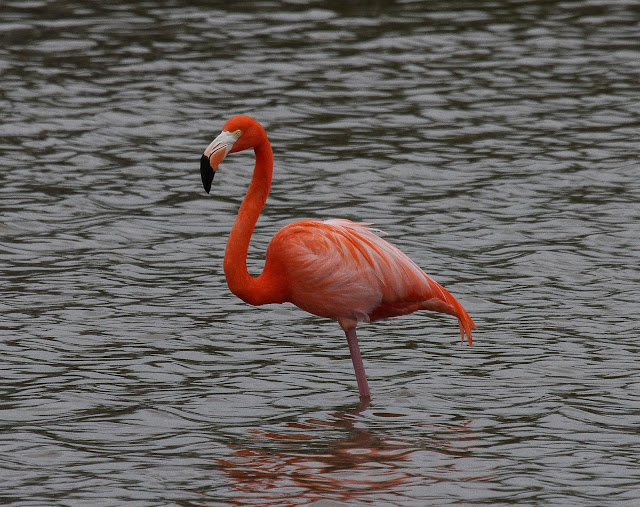 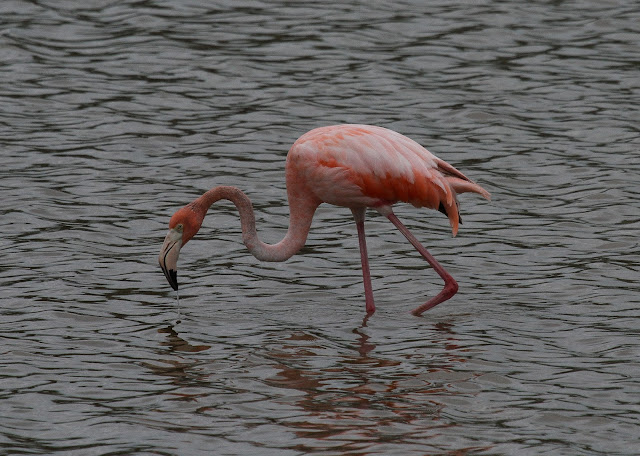 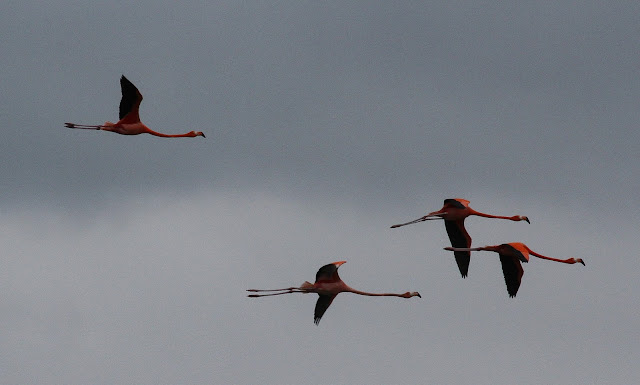 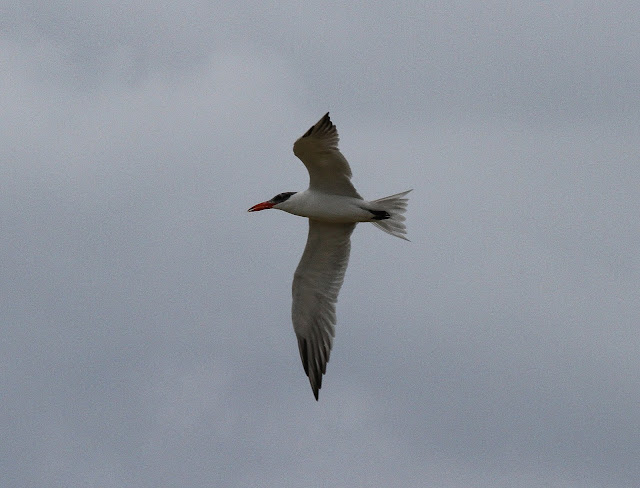 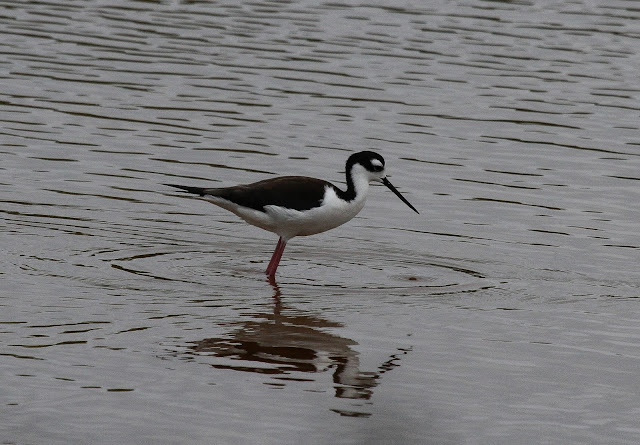 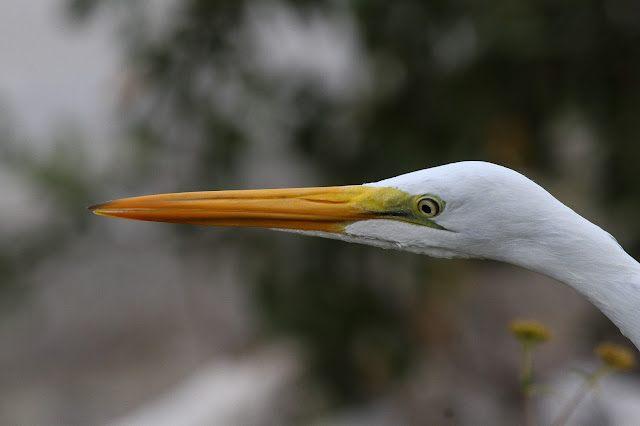 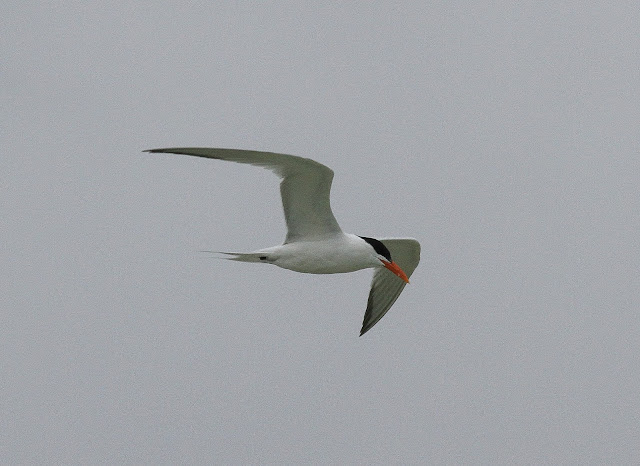 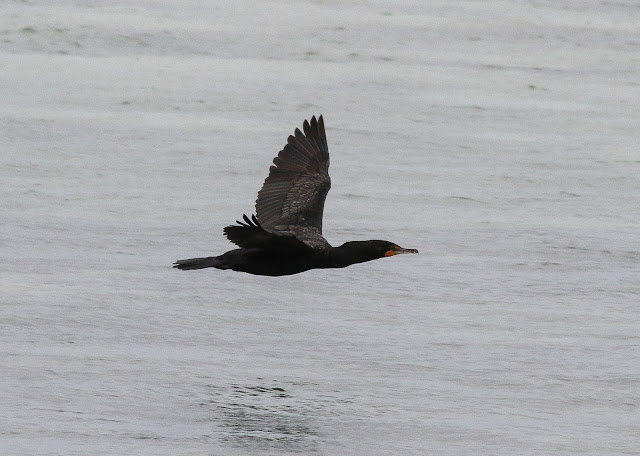 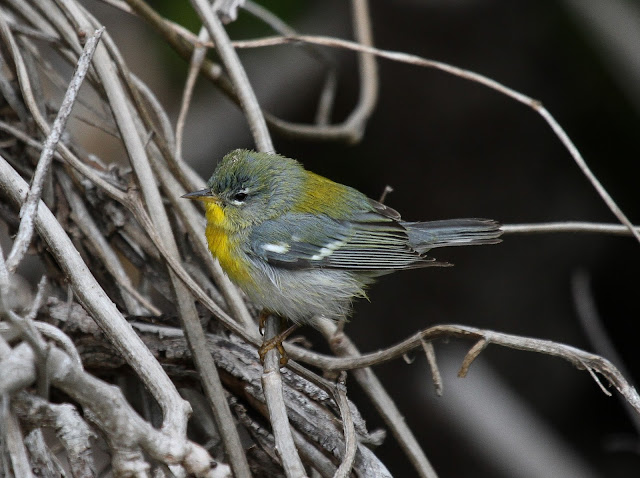 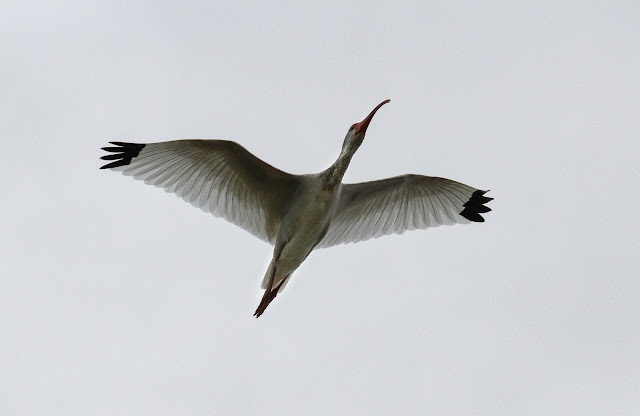 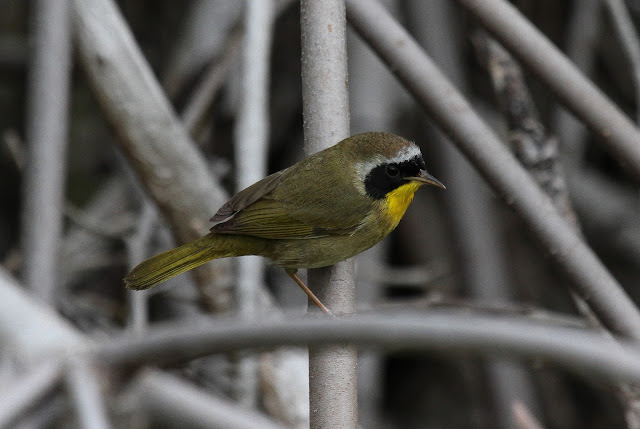 In the late afternoon I ventured out to the west end of Cayo Guillermo again to try the area around Playa Pillar. The beach are produced Ring-billed Gull and Red-breasted Merganser to add to the trip list but the dune scrub was very disappointing. Back on the road however I hit a little pocket of activity and was able to fill my boots with some simply mega views of c4 Cape May Warblers, c10 Cuban Emeralds, American Redstart, Grey Catbird and La Sagra's Flycatcher. On the way back I managed to photograph a male American Kestrel 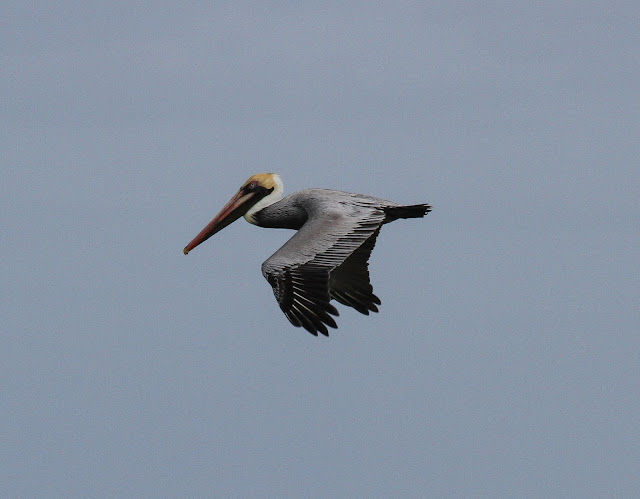 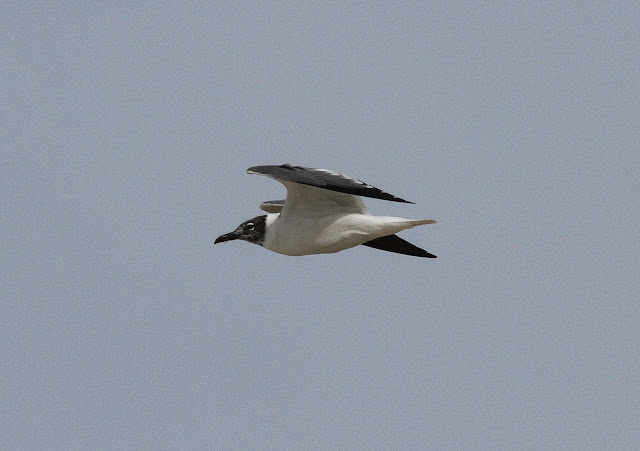 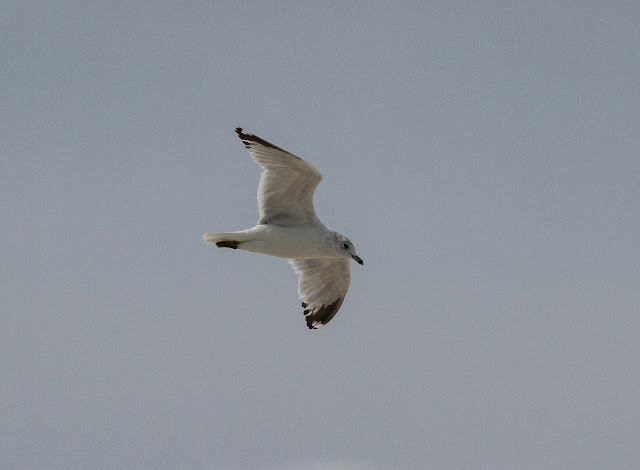 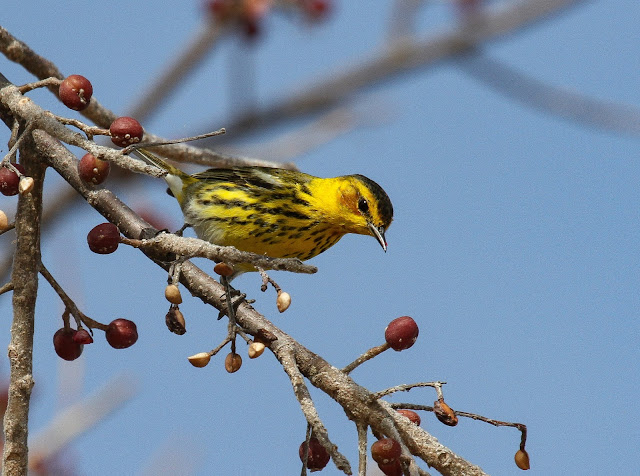 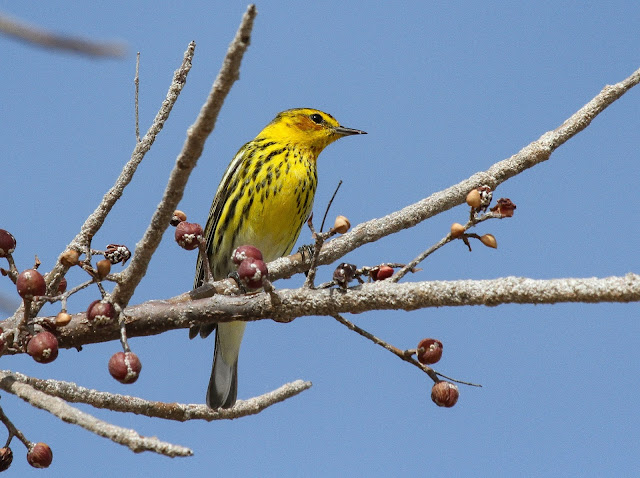 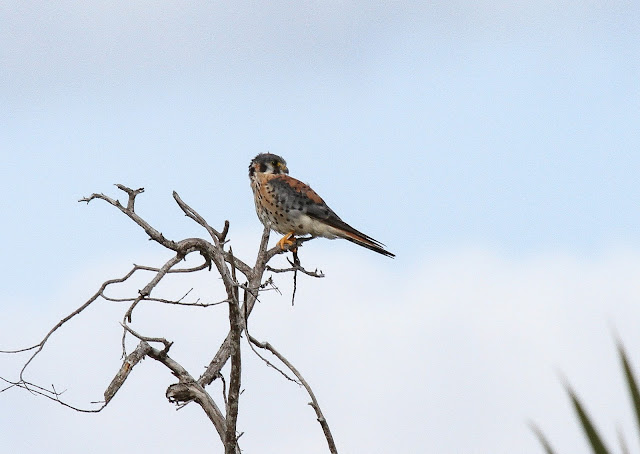 American Kestrel
Posted by Chris at 11:28