It's been a weekend of much walking along the coastal strip between Covehithe and Lowestoft North Denes. And it was hard work winkling any spring migrants out!

Nevertheless at Covehithe on Saturday an early Swallow around the houses near the church was quickly followed by c10 Sand Martins around their cliff colony. Walking to Benacre Broad only produced 8 Avocet and Marsh Harrier though. The broad has been breached so we couldn't continue our walk north. After lunch at the Sweet Retreat cafe in Kessingland we walked down to Kessingland Sluice and a little further south to near Beach Farm and didn't see a single migrant only a pair of Stonechats and an unseasonal Painted Lady. After that I took a quick look at Kessingland Sewage Works finding a single White Wagtail, 2 Grey Wagtails and Reed Bunting on the filter beds plus a few singing Chiffchaffs (one rung).

Sunday saw us make a late start but by just after midday we were at Carlton Marshes. Again things were quiet but after walking every path on the reserve winkled out 3 Willow Warblers, 2 Sedge Warblers (my earliest ever by some way), 8 Cetti's Warblers, 1 Blackcap, several Reed Buntings, 1 Stonechat, Sparrowhawk, Marsh Harrier, 1 Ruff, 1 Avocet and 1 Little Egret on the scrape plus big numbers of Peacocks, a Brimstone and a few Small Tortoiseshells but little else.

Venturing into Lowestoft next I found nothing in the Ness Point area but after coffee in the Sparrows Nest cafe a single White Wagtail was found on Denes Oval. On the way out of town we stopped so I could look at Hamilton Dock and sure enough the imm drake Eider and juv Shag were see well from near South Pier. It was also interesting to note how Kittiwakes have taken to nesting on window ledges on buidlings along the seaward side of town (see photos below)!

On the way home it would have been a shame not to stop in Worlingham where bumping in to Jeremy Gaskell we found 9 Waxwings in a tree at the north end of Garden Lane providing a fitting end to a weekend of hard work! 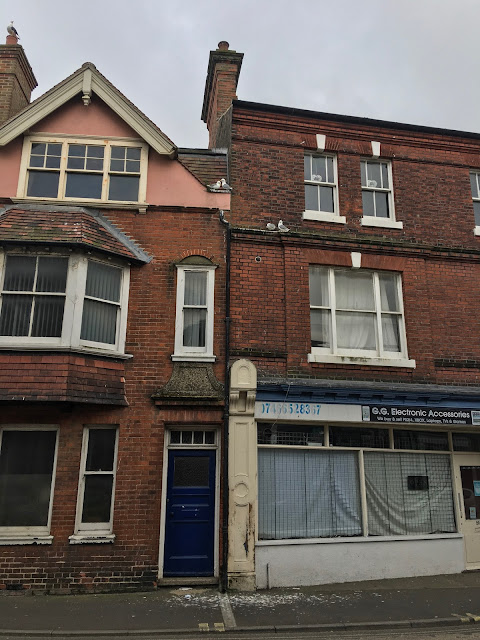 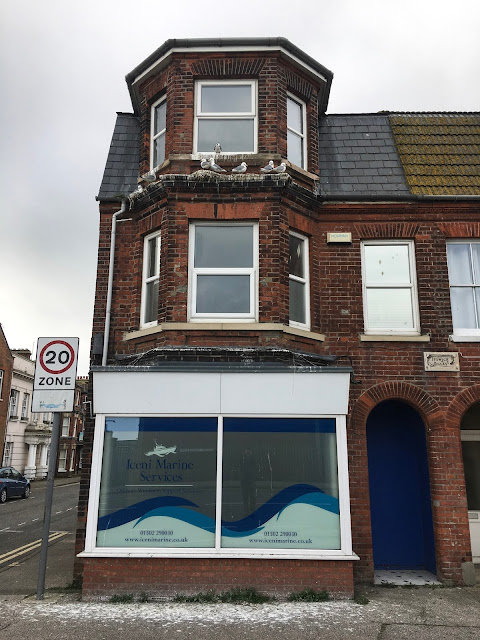