Primarily a walking day where we covered 6 miles around Dunwich Heath, Scottshall Coverts and a circuit of Minsmere reserve.

It was fairly slow bird wise but a reeling Grasshopper Warbler on the north side of North Marsh was my earliest date by 3 days. There were also plenty of Sand Martins back at their breeding cliff while we enjoyed some cafe fayre at Minsmere cafe. On the scrape were plenty of Mediterranean Gulls and around the reserve we also had c4 Bitterns booming, 3 Water Rails squealing, Stonechat, 2 Bearded Tits and a single Sandwich Tern flew over the beach towards the scrape. A sharp-eyed Belinda picked up a lovely Orange Ladybird on a birch tree on the edge of Dunwich Heath and a Comma was my first of the year. Tucked away near the sluice was a clump of very wild looking Daffodils.

Walking back along the entrance road at Dunwich I picked up a gorgeous Firecrest which showed well in a large bush by the road c200 yards north of the clifftop tearooms.

Chiffchaffs and Blackcaps are now widespread, including in the garden at home where we also have a Great Spotted Woodpecker excavating a nest hole.

To round the day off an early evening wander down the old railway line at Southwold in the sun and the drake Green-winged Teal found earlier in the day was quickly found on a flash, albeit at the back and asleep! 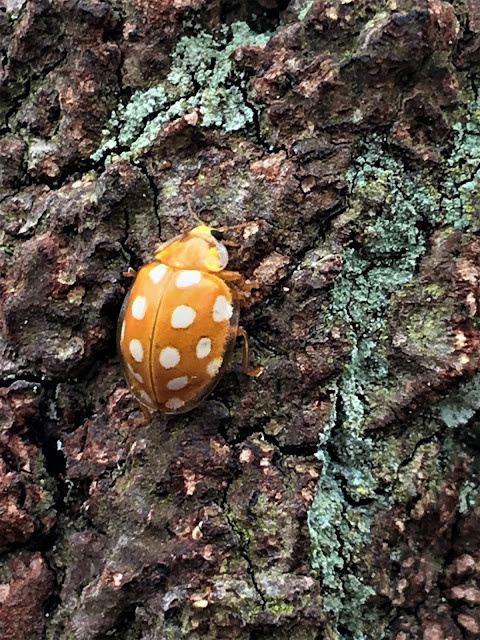 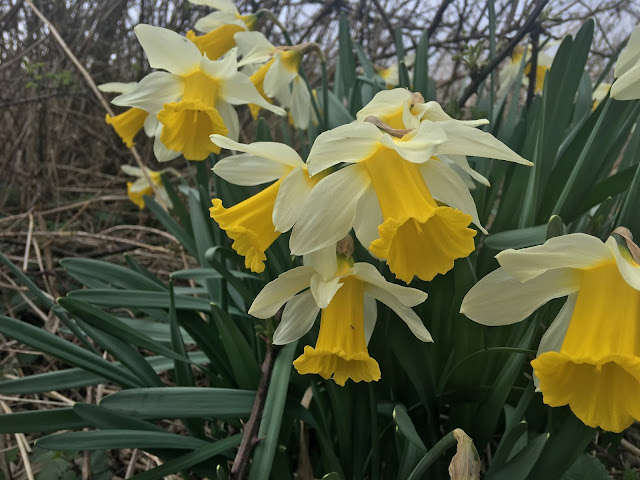 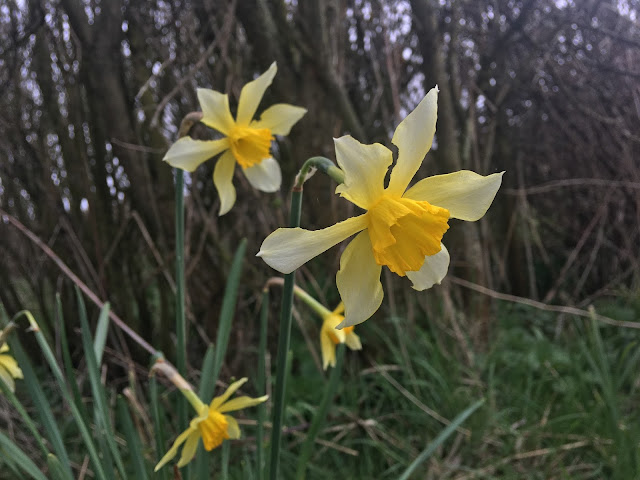