Well, today may have turned out to be a bit of a red letter day - it looks like I have found a new orchid hybrid that hasn't occured in the UK before!
A photo of the specimen is shown below. It is an Early Marsh Orchid which shows mixed features between the ssp ochroleuca and the ssp incarnata. Both of which grow within a few feet of this plant. The overall whiteness with a hint of yellowy-cream, the 3-lobed lip and the structure all resemble ochroleuca but the pink markings on the flower and the pink wash on the upper sepal hint at the incarnata. 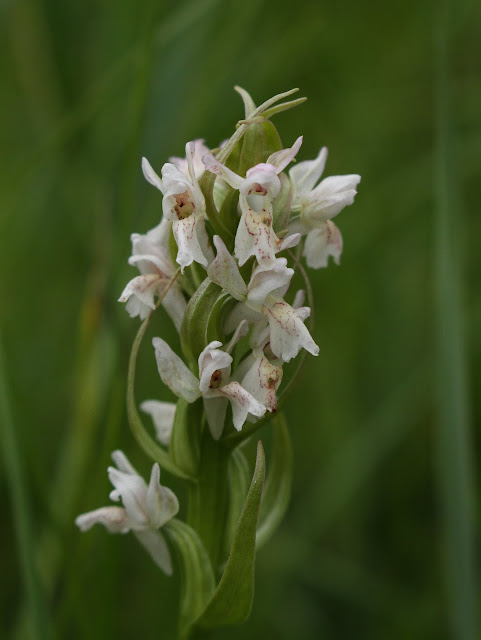 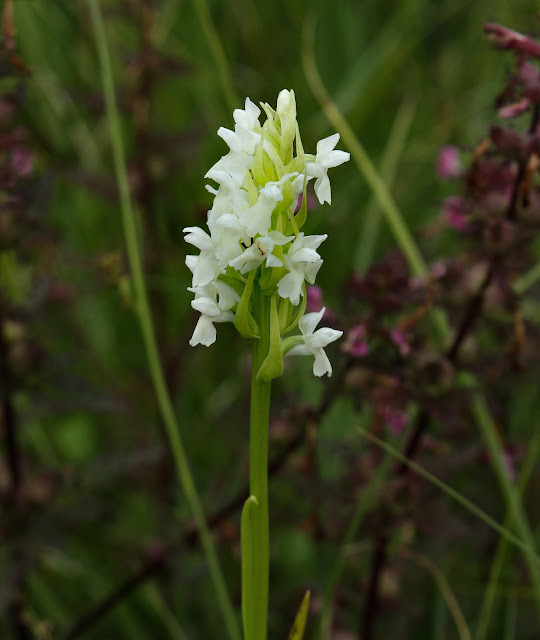 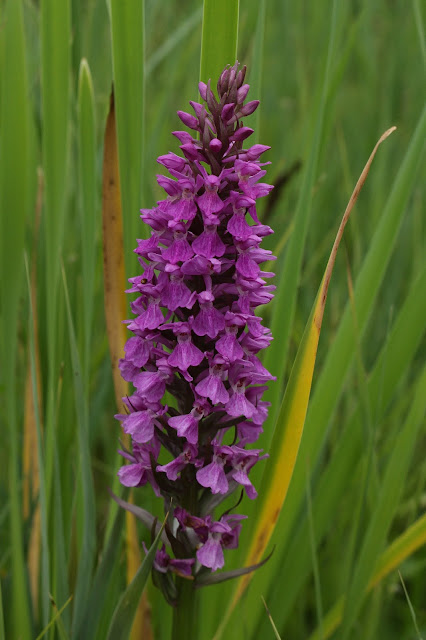 Earlier I had called in at a roadside site near Finningham where there were 9 Bee Orchid plants including one showing mixed characteristics between the forms chlorantha and flavescens. 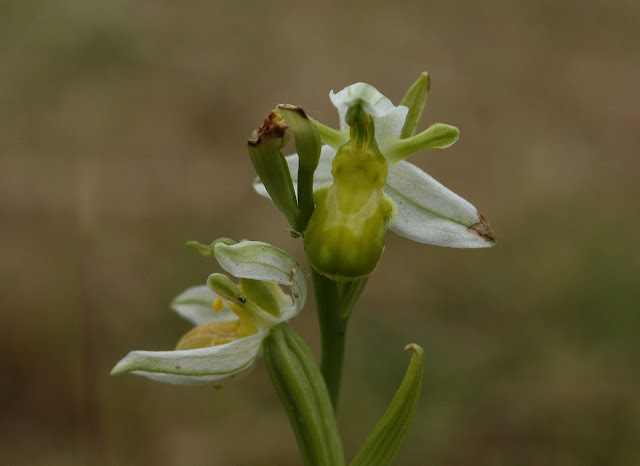 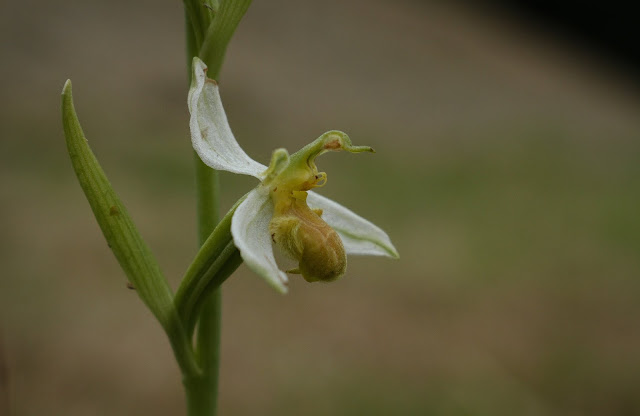 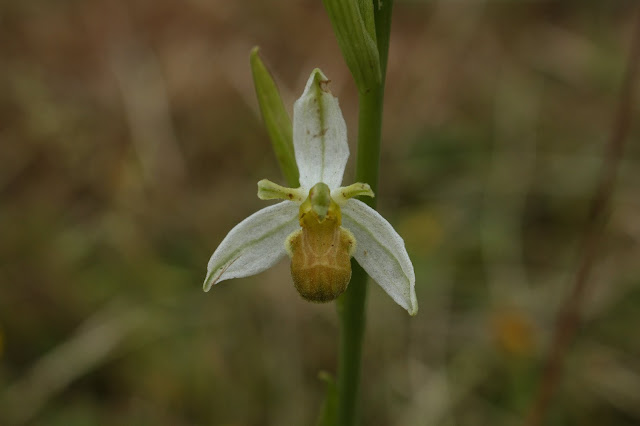 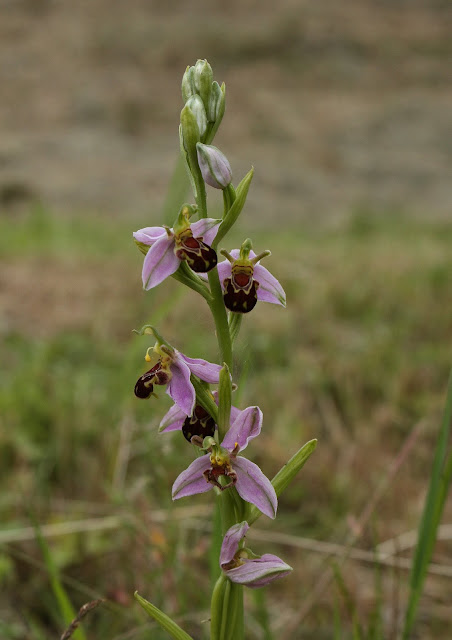 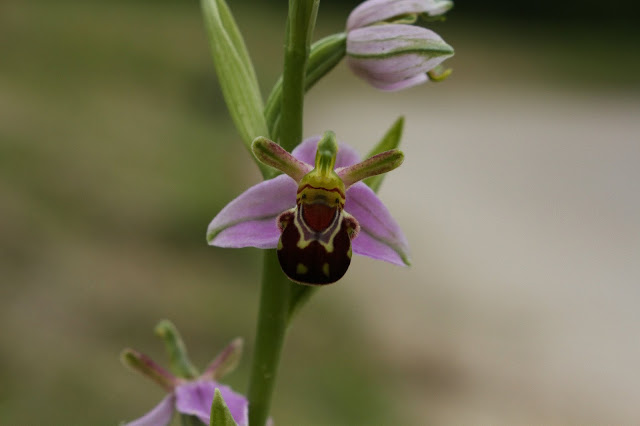 My final visit of the afternoon was 'The Sink' Redgrave and Lopham Fen which was odonata heaven! Wellies are absolutely essential here but I had mine with me so went for splosh about finding 2 Ruddy Darters, 1 Hairy Dragonfy, Four-spotted Chasers, a few Scarce Emerald Damselflies, a few Emerald Damselflies, Blue-tailed Damselfly and Azure Damselflies. Although I had to seek id help a Two-banded Wasp-hoverfly (Chrysotoxum bicinctum) was a new one for me. 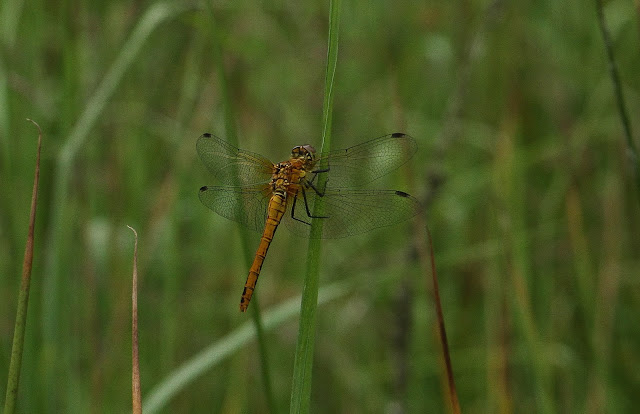 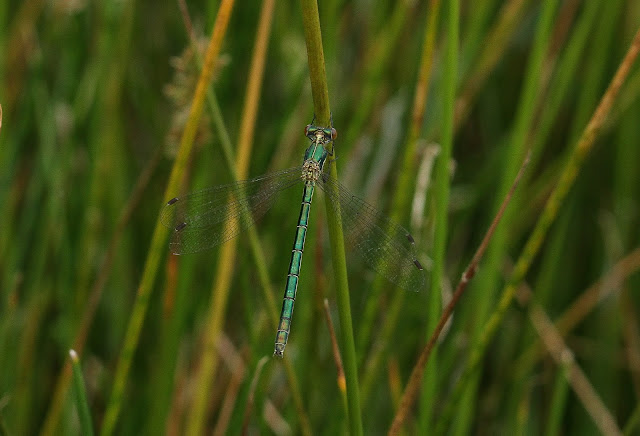 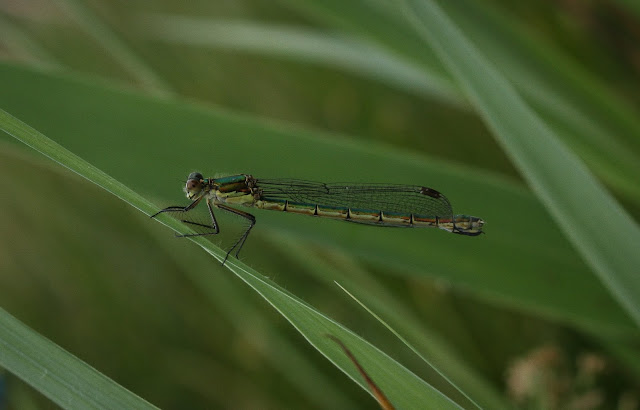 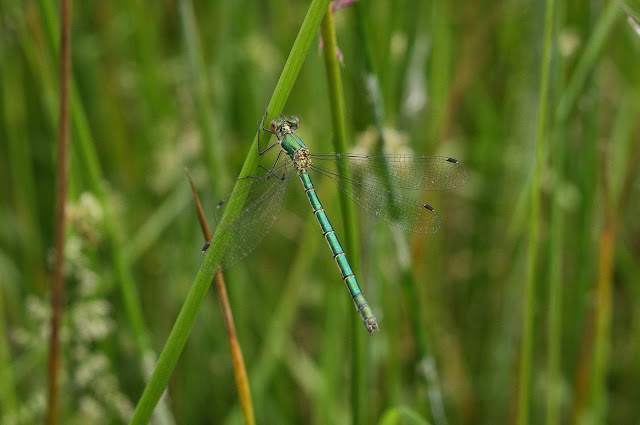 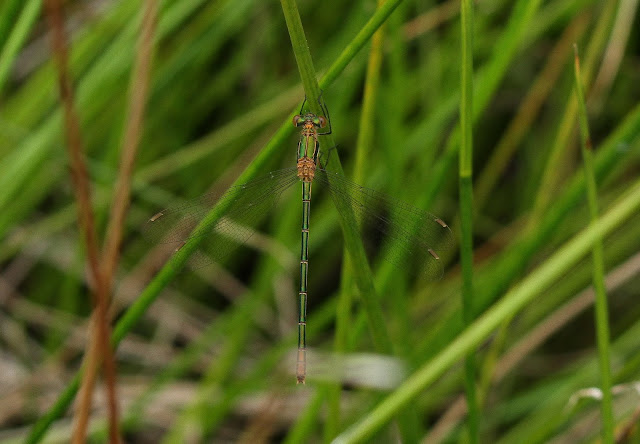 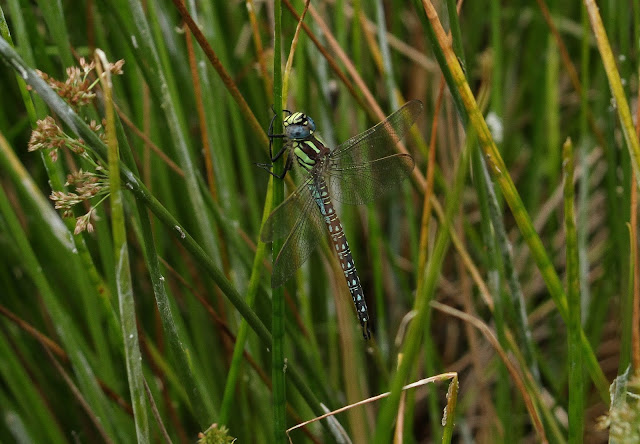 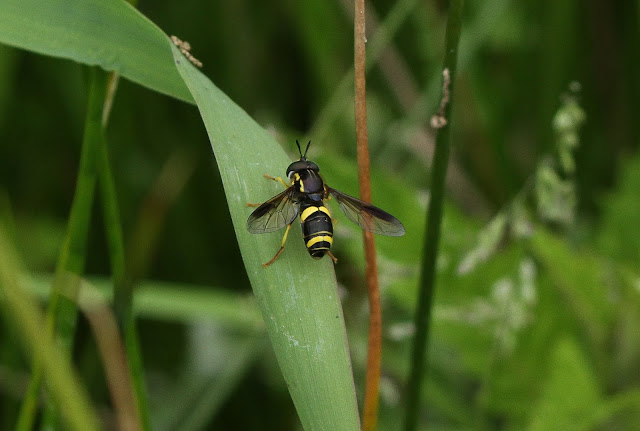