A very long day trip down to the New Forest for some specials with Jus and Andy.

Meeting in Attleborough at 04.00 we were in position at Acres Down near Lyndhurst by 07.50. The walk from the carpark yielded 2 Common Crossbills overhead but in a 3 hour vigil there was no sign of any Honey Buzzards. Indeed, despite the perfect conditions raptors were thin on the ground with just 3 Common Buzzards and a 1s Hobby. The supporting cast however was excellent with 2 Woodlarks, 2 Common Redstarts, Tree Pipit, numerous Siskins. A Migrant Hawker was also my first of the year. 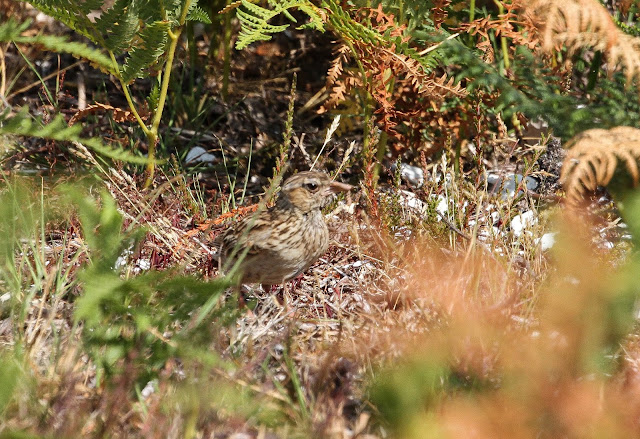 Following a cream tea in the tearoom/farmshop there we made the drive round to the other side of the A31 to Stoney Cross. Here, my no.1 target of the day was easily found in a wet flush - c15 Bog Orchids. This is my penultimate British orchid leaving me with just Irish Ladies Tresses (which may prove more challenging to get to!). Also at the site were loads of Keeled Skimmers and a Red Kite over the road. 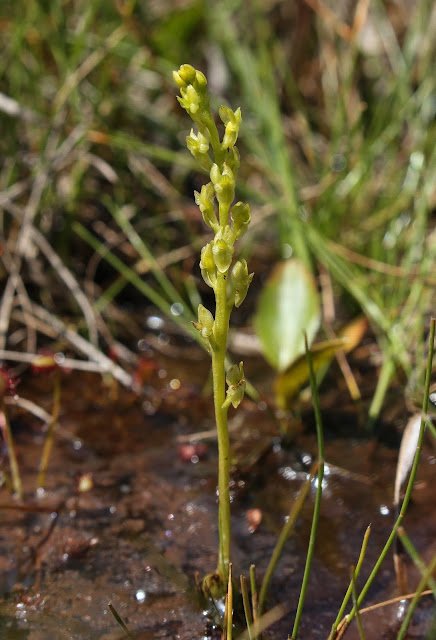 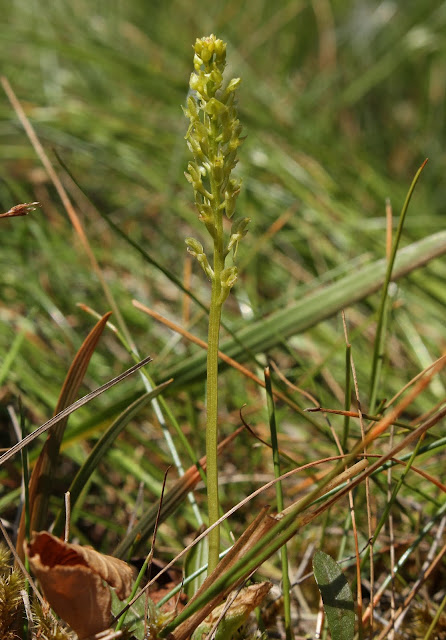 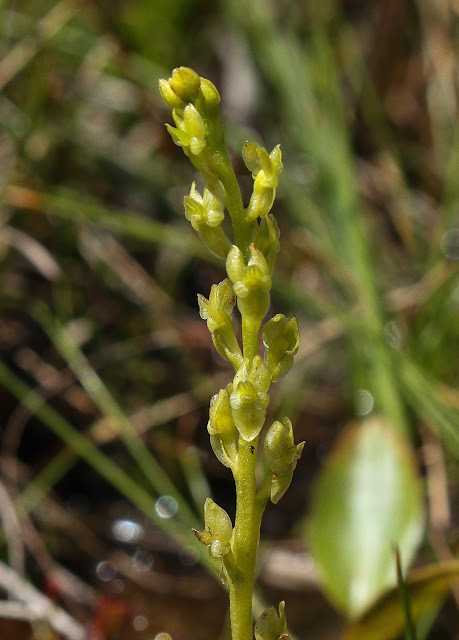 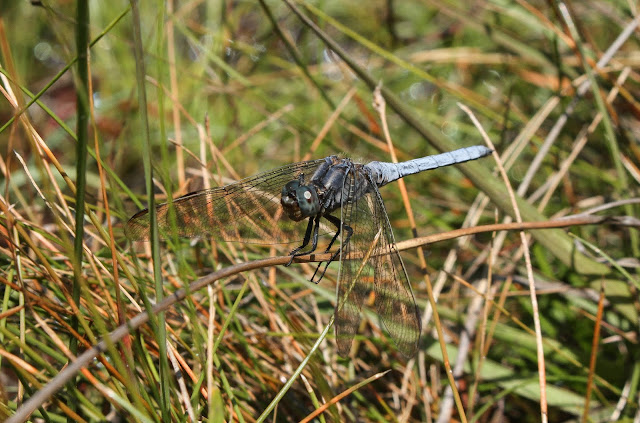 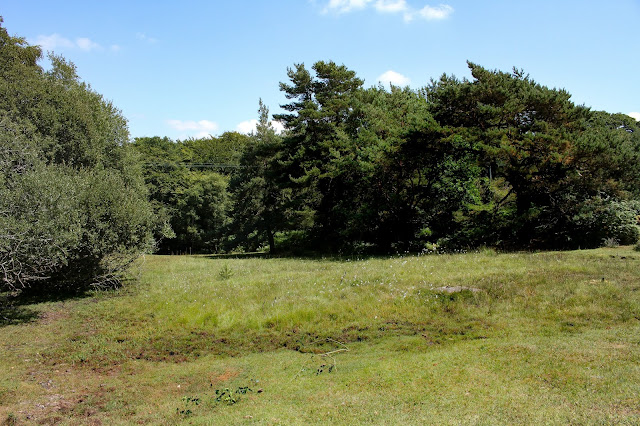 With our main aim for the afternoon being odonata we drove back round to Mill Lawn Brook near Burley next. Walking east along the stream from near the carpark resulted in several diminutive Southern Damselflies, Small Red Damselflies, Beautiful Demoiselles, more Keeled Skimmers, Emperor Dragonfly, Azure Damselfly and a distant Raven. Our other main damselfly target eluded us though so we tried another stretch of the same stream just to the east of the A35 bridge. Walking here and we soon added Small Red-eyed Damselflies, White-legged Damselflies, Blue-tailed Damselflies and Common Blue Damselfly. Eventually, Jus got onto a perched male Scarce Blue-tailed Damselfly which promptly tangled with a female and then disappeared. Luckily the female began egg-laying but frustratingly too far away for a decent photo (although I did try but that nearly ended in a muddy disaster as my boots got stuck and the boys has to haul me out!). This species really is very unobtrusive and scarce as it's name suggests. 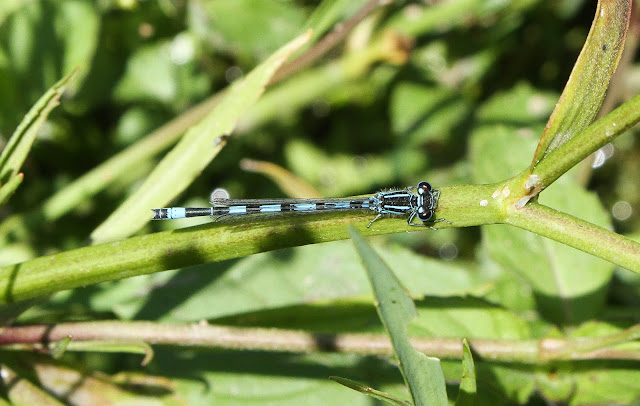 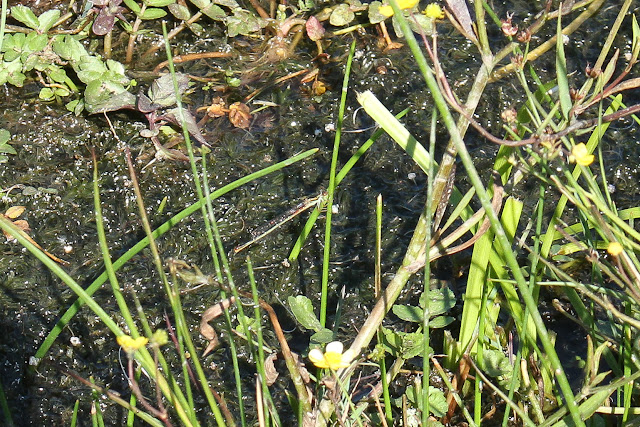 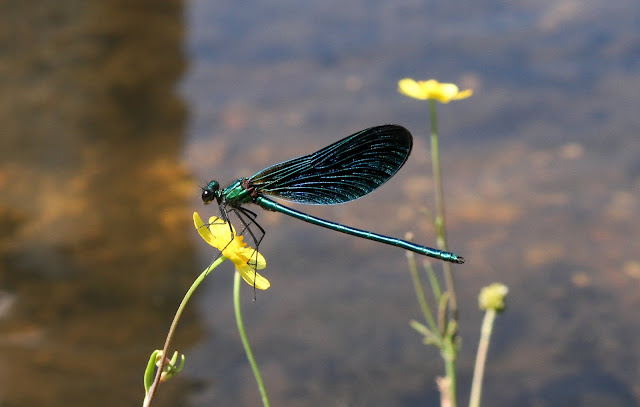 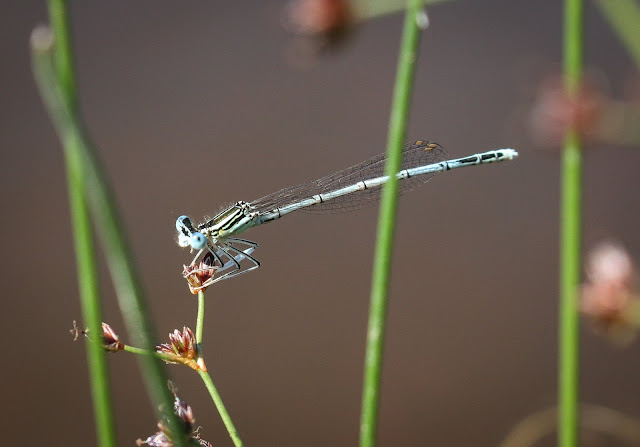 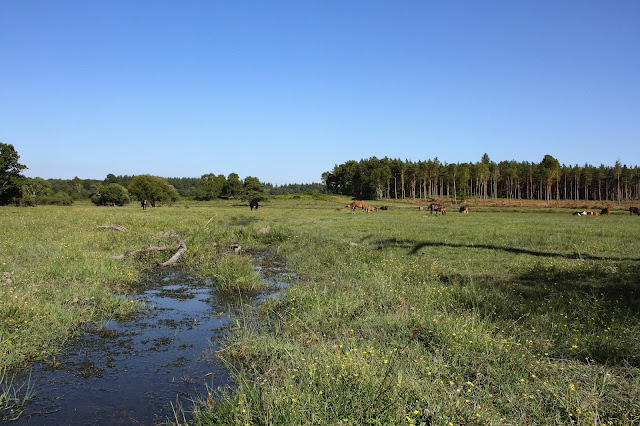 Mill Lawn Brook, east of A35

Our final port of call in the day was Thursley Common in Surrey on a detour on the drive home. En-route 3 Mediterranean Gulls were over the M27 near Portsmouth Harbour. At Thursley we found the male Red-backed Shrike easily but it was impossible to get closer than about 300 yards. A Green Woodpecker, Stonechat and more Keeled Skimmers were also there before we decided to give 'The Moat' a look hoping for Brilliant Emerald. That wasn't to be but we did add Emerald Damselflies and Four-spotted Chaser to bring the odonata day count to 14 species. 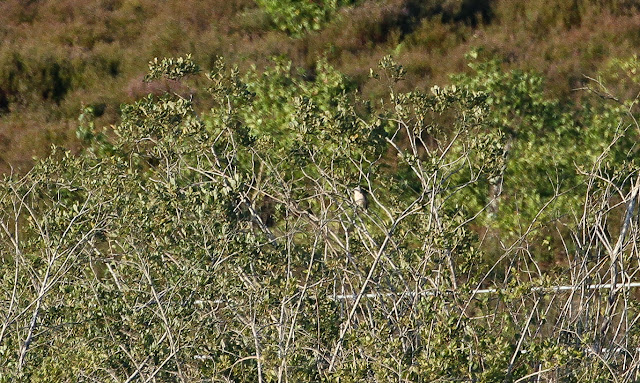