It was blowing a gale from the SW today but once the rain had moved out to sea we began our walk from the Eels Foot at Eastbridge. It wasn't exactly bird filled but reaching the beach we had a quick look on East Scrape where at least 50 Mediterranean Gulls were already in situ for the breeding season. Apart from a few Pintail there was little else of note. After a meander along the North Wall we dived into North Hide where we bumped into Jus and Andy. 3 Smew including a dapper drake were our reward. The cafe beckoned so we headed there next and then through the woods to Island Mere. It may not have been very springlike today but 2 Sand Martins over Island Mere were my earliest by 5 days (14 March in 1992!). Marsh Harriers were displaying, Bearded Tits pinging but those and a couple of Little Grebes were about it. Minsmere was gloriously quiet although it was nice to bump into Drew Lyness and Jane Ferguson. Obviously us dedicated birders are far more hardy than the usual day trippers!

On the walk back through the woods to Eastbridge we had Sweet Violets in flower and a new fungi for me - Blistered Cup. 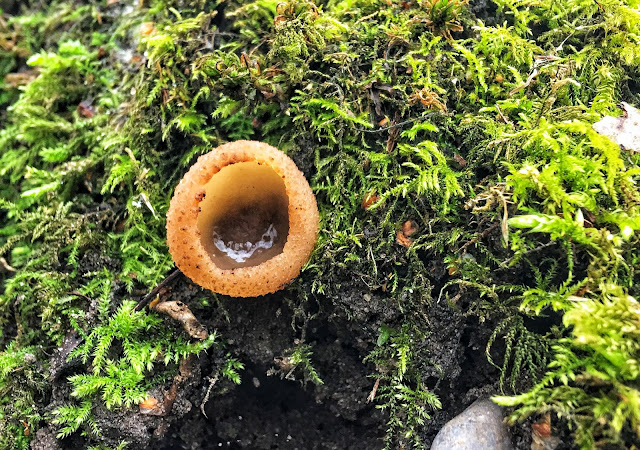 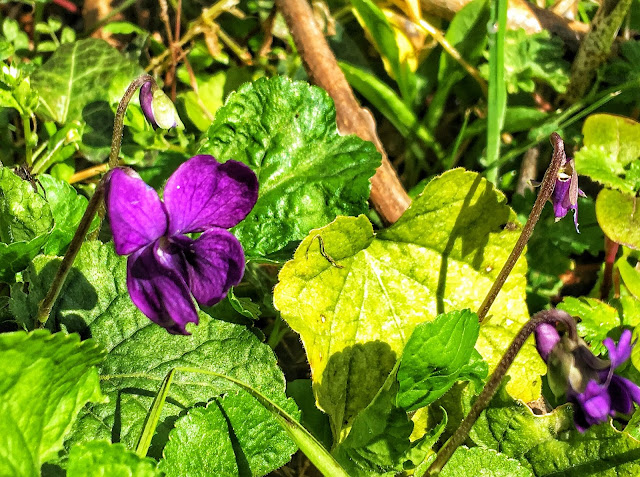 Sweet Violet
Posted by Chris at 18:46