New film about birding in Colombia

A link to this film popped up on my Facebook a few days ago and I thought it was well worth sharing.
I was lucky enough to spend 2 weeks in Colombia in 2011 visting some of the areas highlighted in the film so it has brought back some happy memories. It's also whetted my appetite for a return visit to this amazingly diverse country!

The film is a journey through Northern Colombia, presented by ProColombia, with support of FONTUR and directed by Gregg Bleakney. It highlights Colombian local birdwatching guide, Diego Calderon-Franco and National Geographic photographer Keith Ladzinski, as they explore over 100 species of birds through the Colombian countryside.


The film takes viewers through one of the most diverse bird regions in the world to capture new and rare birds that have never been photographed before. The Birders, also takes people through the Colombian landscape, highlighting several of its’ top locations, culture, birds and music. As well as; Los Flamencos Fauna and Flora Sanctuary, in the Guajira Peninsula. El Dorado Bird Reserve, in the Santa Marta Mountains. Minca and surroundings, in the Santa Marta Mountains. Tayrona National Natural Park and El Chamicero del Perija Bird Reserve, in the Perija Mountains. 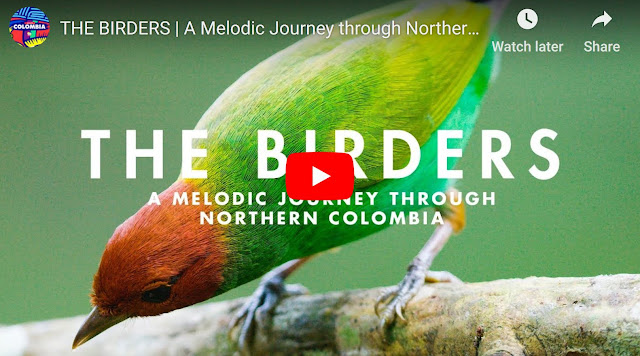