A Sunday out with the boys and with the Baikal Teal being by far the best bird in the country it was a no-brainer.
So, after some nice early positive news we set out for March Farmers on the Nene Washes. After a short walk the bird was in view on arrival albeit a bit distant. We waited an age for it to finally wake up from it's slumbers but that did give us time to see 13 Common Cranes (10 + 3), Hobby, several Avocets, loads of Swifts (my first of the year) and Yellow Wagtails. Eventually the Baikal Teal woke up and gave some nice swimming, flight and preening views. A very smart duck indeed and my 3rd in the UK.

We then moved on to Deeping Lakes where the summer plumaged Cattle Egret was eventually located on the riverbank and gave some nice views after I snuck up on it. A distant Red Kite was also seen before we turned our attentions to the scrape where we found 2 Little Ringed Plovers and 3 Common Sandpipers. The main pit was also rewarding with 2 lovely graceful Arctic Terns amongst good numbers of Common Terns and a male Marsh Harrier flew through. My first odonata of the year were a few teneral Large Red Damselflies and we also scored with  singing Garden Warbler.

With the final score from Villa Park of a 2-1 for the mighty Canaries securing the Championship we moved on to Baston Langtoft Pits where a pair of Red-crested Pochards were showing distantly and  Barn Owl perched on a telegraph pole.

Finally a visit to the nearby Etton-Maxey Pits gave us the 2 Wood Sandpipers after a longish search plus 12 Black-tailed Godwits. 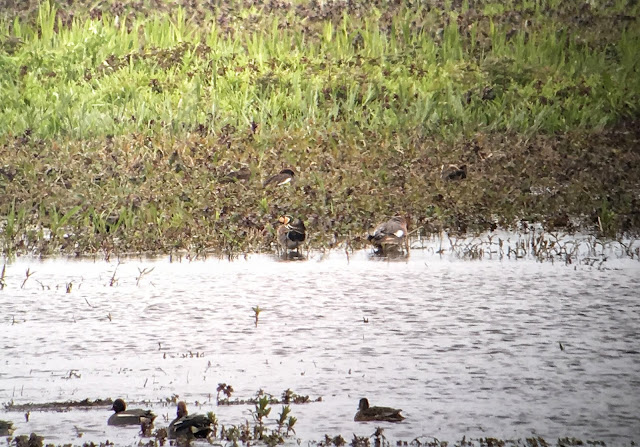 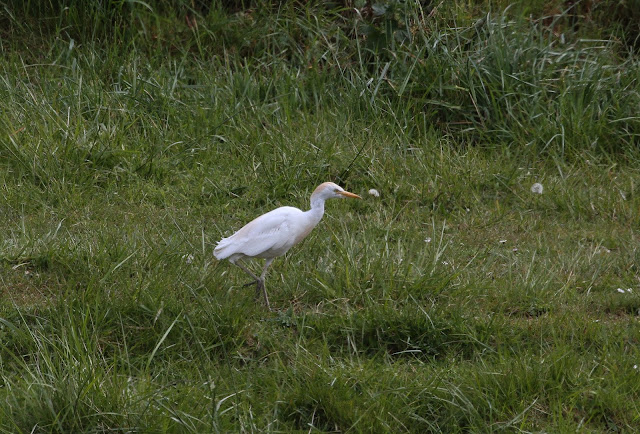 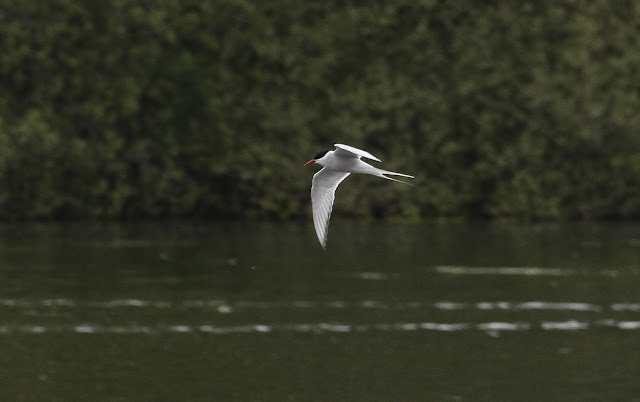