A last minute decision to spend my birthday and the bank holiday weekend down south. Based mainly on some orchids I wanted to see and a cheap Airbnb deal!

I was out with the boys having a few beers in Norwich on Friday so it wasn't the early start we usually make. We did however get going at about 07.15 which was pretty good considering. The traffic was heavy on the M25 and as per usual we also got held up on the A303 near Stonehenge but a couple of Red Kites later we arrived at the orchid roadside site at lunchtime. After Belinda initially located some Bee Orchids I found what I was looking for 3 Bee Orchid x Fly Orchid hybrid plants. As you might expect these specimens show mixed characterisics of both 'parents' and one plant in particular was large full of hybrid vigour! 6 Bee Orchids and a single Pyramidal Orchid in bud were also nearby.

We then left for a nice walk aound a nearby iron age fort noting plenty of Common Blues and 2 Red Admirals before a drink in the garden of the village pub 'The Camelot'.

Winding our way through the lanes we eventually reached Glastonbury, checked into our Airbnb and promptly fell asleep! Luckily we woke up in time to hit the town with a nice meal in the George Pilgrim in the town centre. It had been one of the better birthdays for sure! 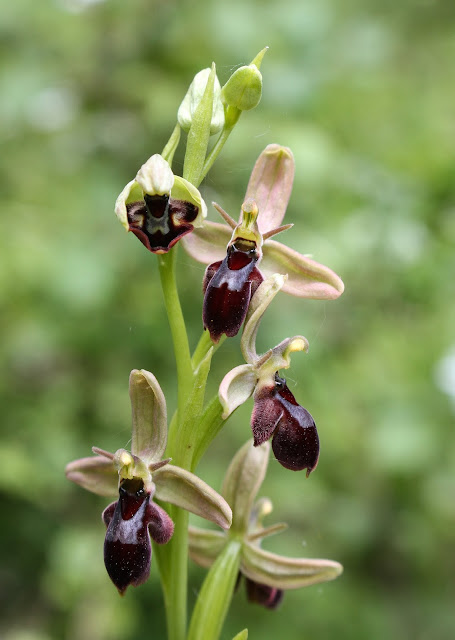 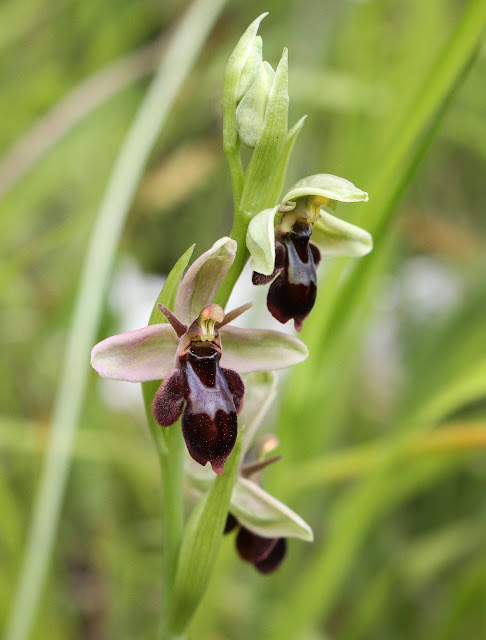 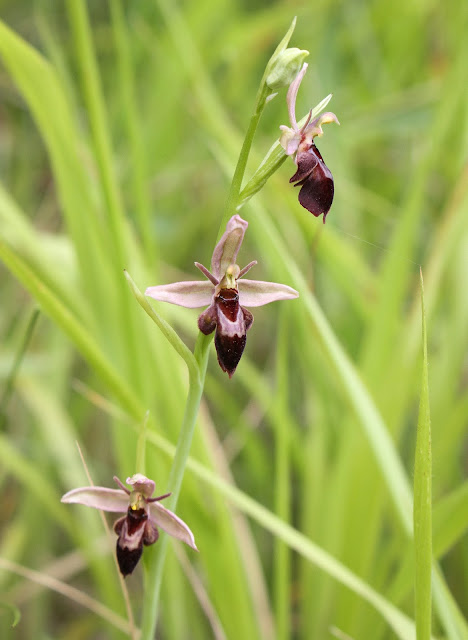 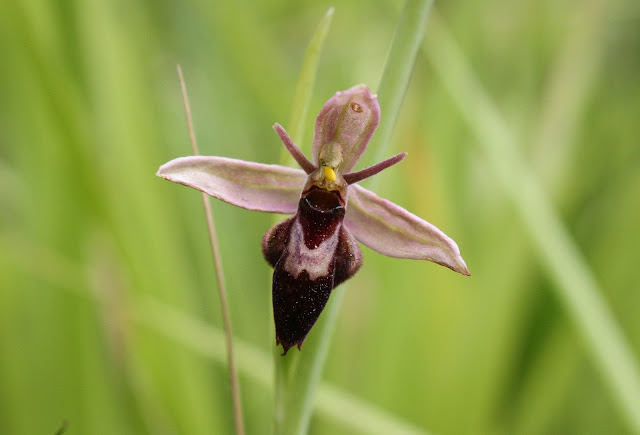 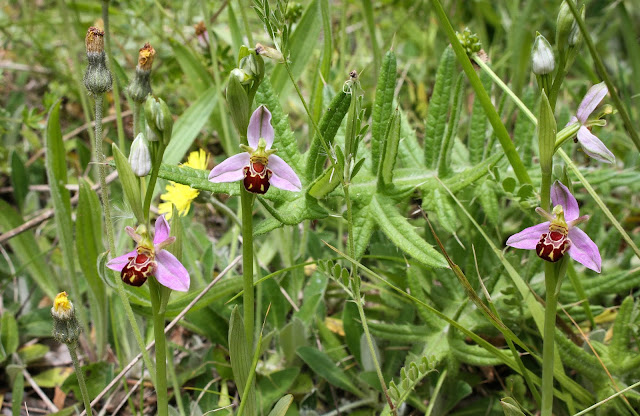 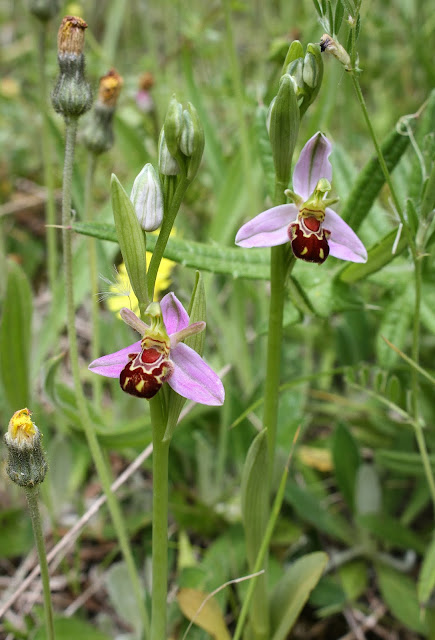 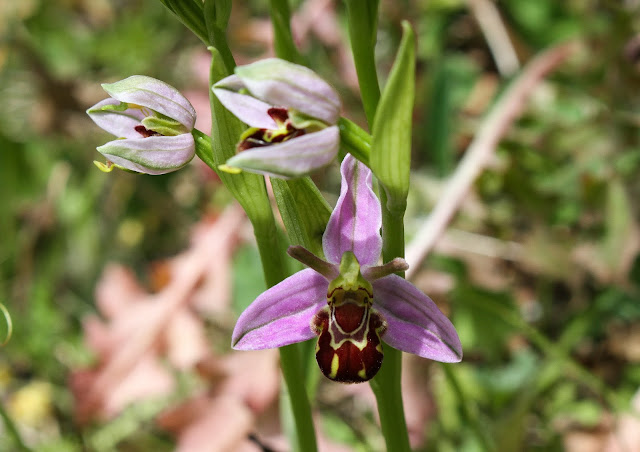 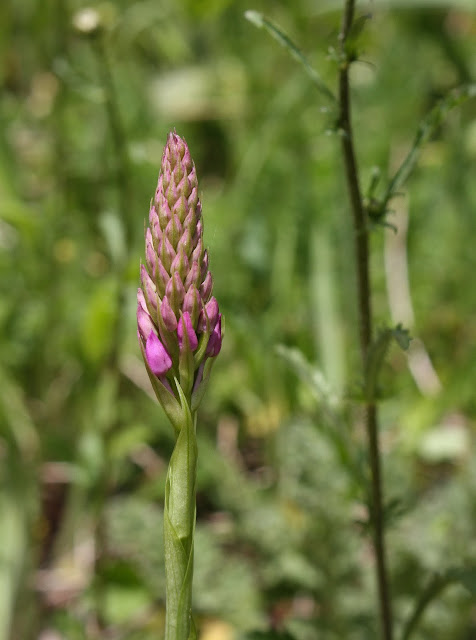 We spent Sunday walking up Glastonbury Tor, visiting the Chalice Well, Glastonbury town and then a walk on nearby Collard Hill. We knew we were a couple of weeks early for Large Blue but we did at least have Grey Wagtail and Tall Ramping Fumitory in Glastonbury. The evening was a really good one of 2 music events in the town (one blues and the other an open mic night) and some huge portions of vegan food in the Blue Note bar. 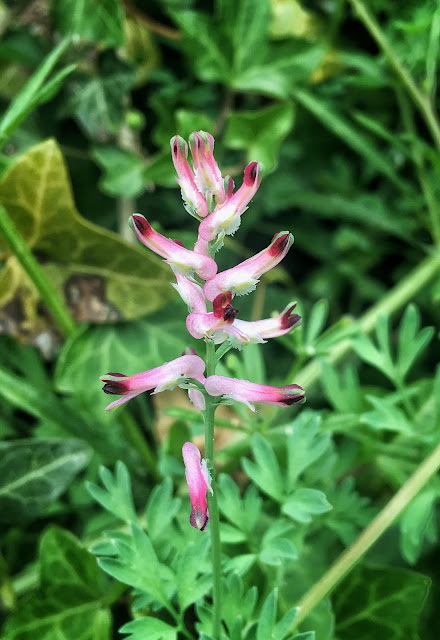 Ot was Bank Holiday Monday and we had to drive back today. Not wanting to waste the day we headed south to begin our long meander home. First stop was Lydlinch Common where I was surprised and chuffed to get a singing Nightingale and then my target butterfly within minutes - Marsh Fritillary. I'd not seen one for years so it was very welcome indeed. The overcast conditions meant it sat nicely for some photos and even allowed me to pick it up. Small Copper, Small Heath and a good selection of Common Spotted Orchids were also there. 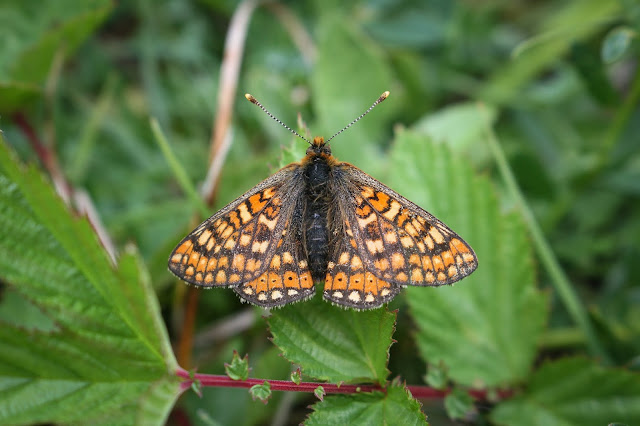 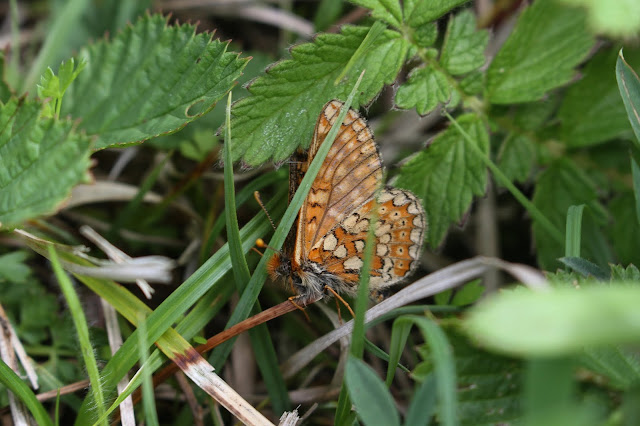 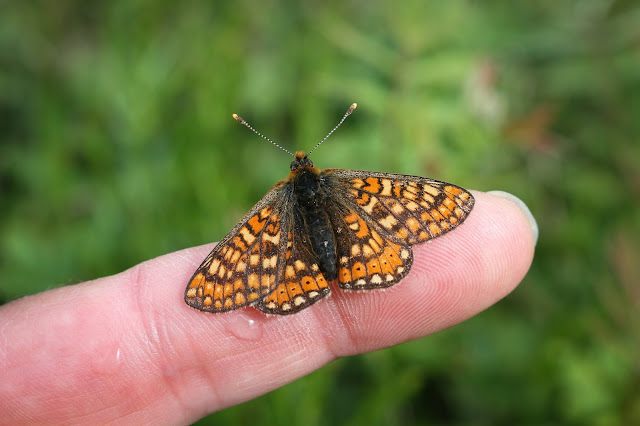 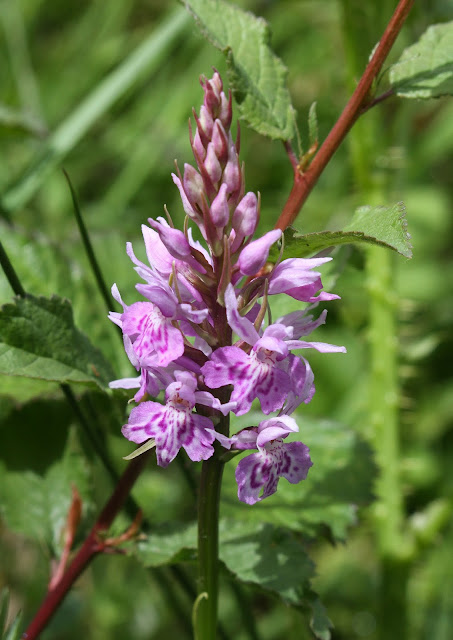 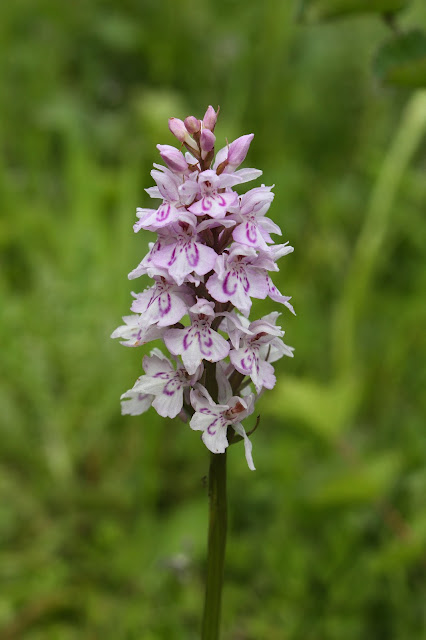 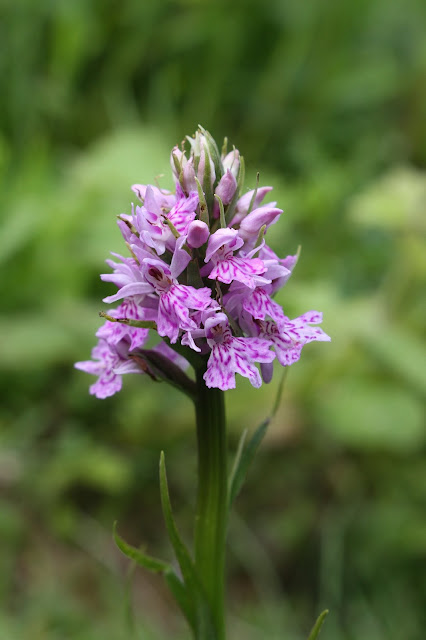 The main place I wanted to spend some time at on the way home was the beautiful reserve at Martin Down southwest of Salisbury. We did a lengthy walk at the site and after looking at loads of Common Blues I eventually found a few Adonis Blues, another butterfly it was nice to become re-aquainted with after far too long. Also in a productive ditch were Small Blue, Dingy Skipper, Grizzled Skipper, Brimstone and another Marsh Fritillary. Small Heath was out in numbers. Also around the down were several singing Corn Buntings, more Skylarks than I've ever seen before, some nice Sainfoin plants, Common Spotted Orchids and some of the white form of Chalk Milkwort. Mother Shipton and Burnet Companion moths were also nice to see. I could have spent all day at the site but sadly we had to drive home! 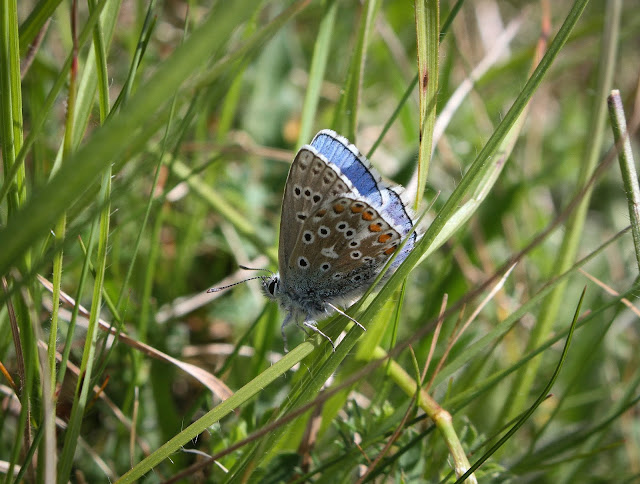 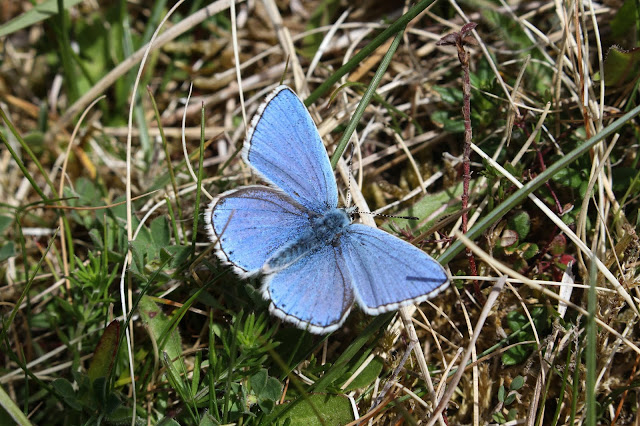 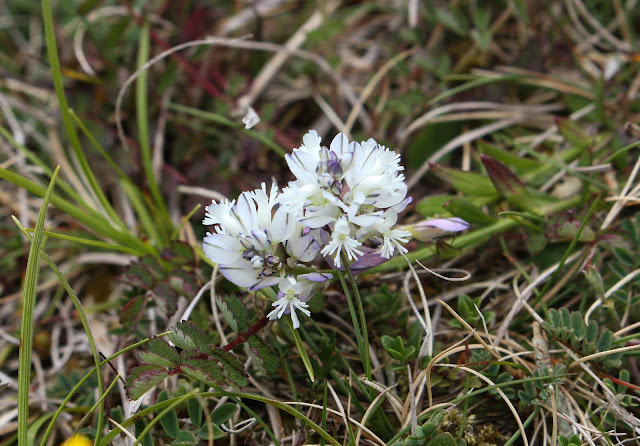 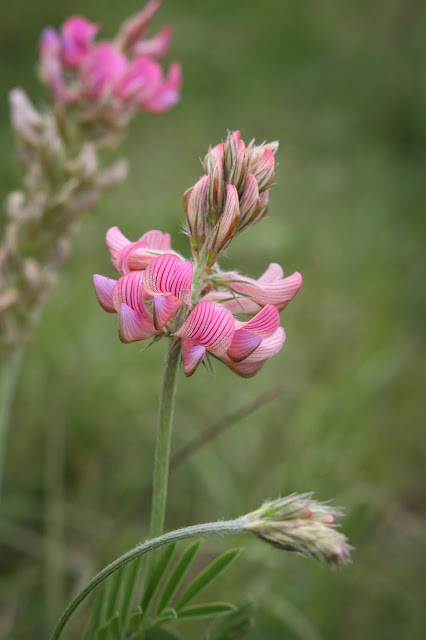 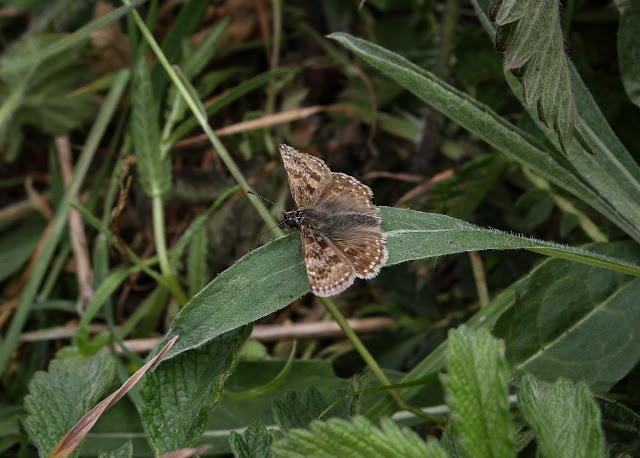 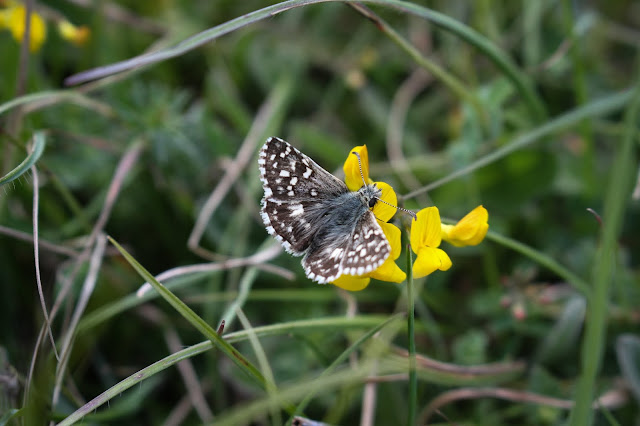 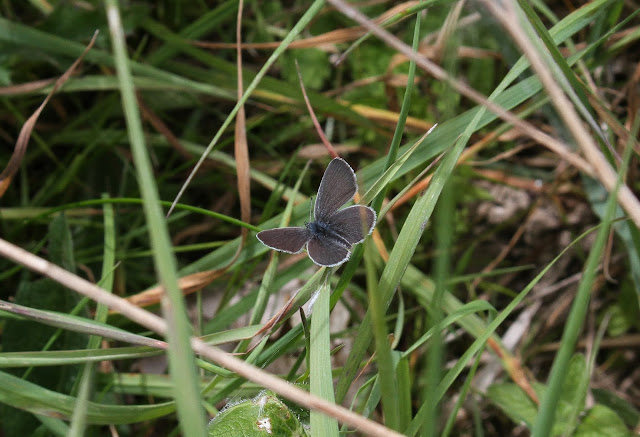 As we were passing Barton Mills on the way back it would have been rude not to call in to see the Suffolk Military Orchids. They seem to be having a rather poor year though with numbers well down on 2018 although there are more to come. Common Twayblade was also added to the weekend orchid list there. 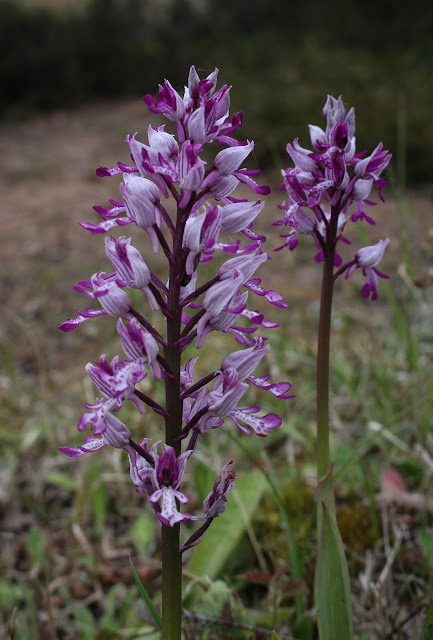 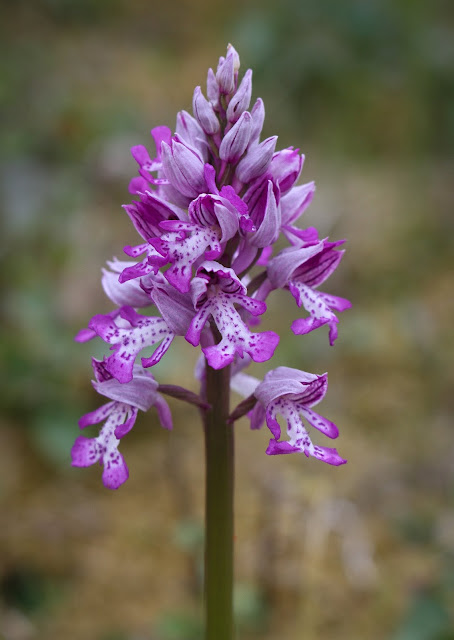 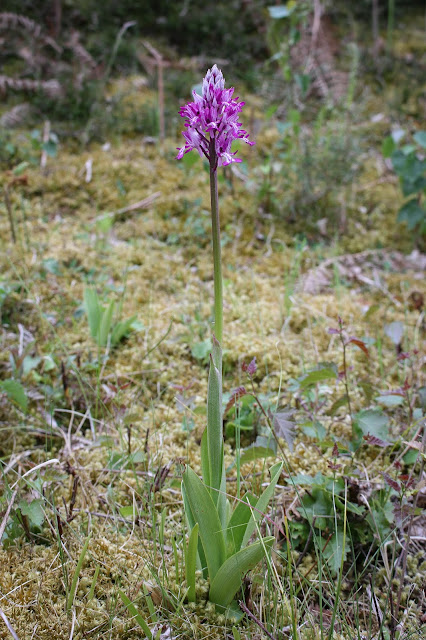 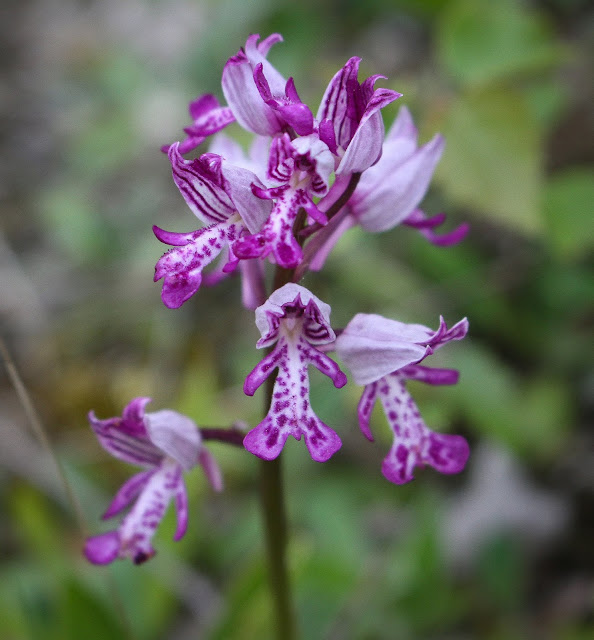