I spent a thoroughly enjoyable couple of hours immersing myself in the dark autumn wonderfulness of Tyrrel's Wood on Sunday. Despite the dog walkers it's a place it's easy to lose people in, and also to lose yourself sometimes!

Fungus was my main focus and I found a few new ones for me - Blackening Brittlegill, Lemon Disco, Yellow Stainer and Crystal Brain. Into the bargain there were plenty of other fruiting bodies about too - Wood Blewit, Stump Puffball, Sulphur Knight, good numbers of both False Deathcap and Shaggy Parassol, Blushing Bracket, Birch Polypore, Common Inkcap, Glistening Inkcap, Clouded Agaric, Honey Fungus, Ochre Brittlegill and Oyster Mushroom. 2 slime moulds were also found - Wolf's Milk and Ceratiomyxa fruiticulosa. As ever I am indebted to various members of the Norfolk Fungus Study Group for id assistance!

A Nuthatch was calling in the centre of the wood providing the only bit of avian noteworthyness. 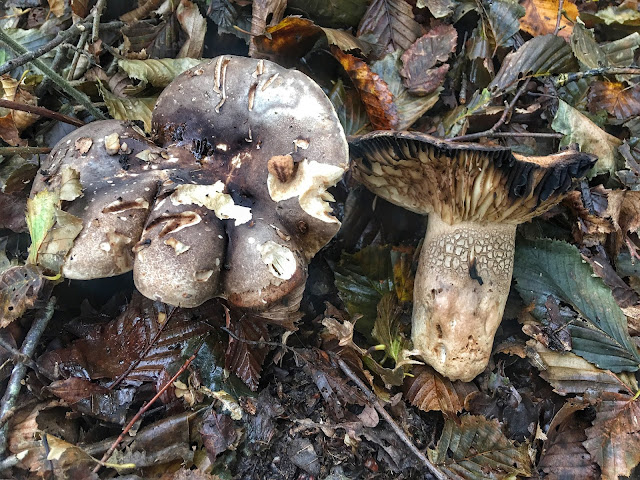 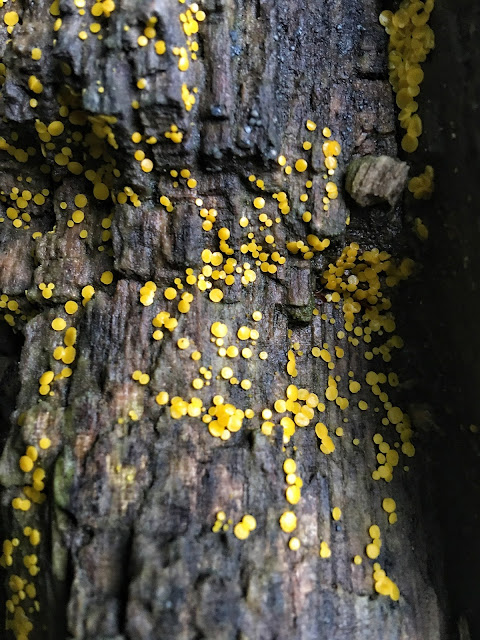 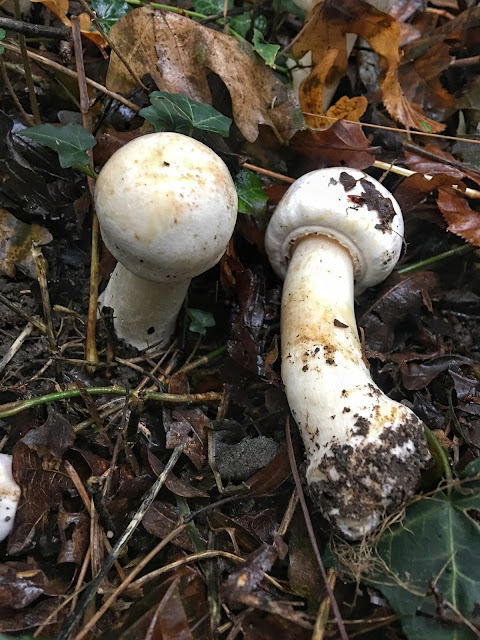 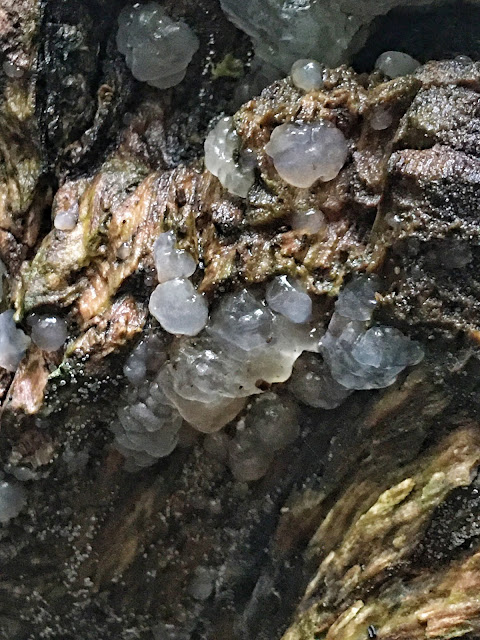 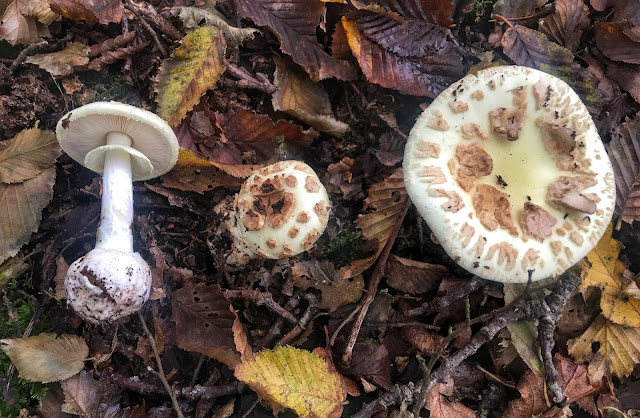 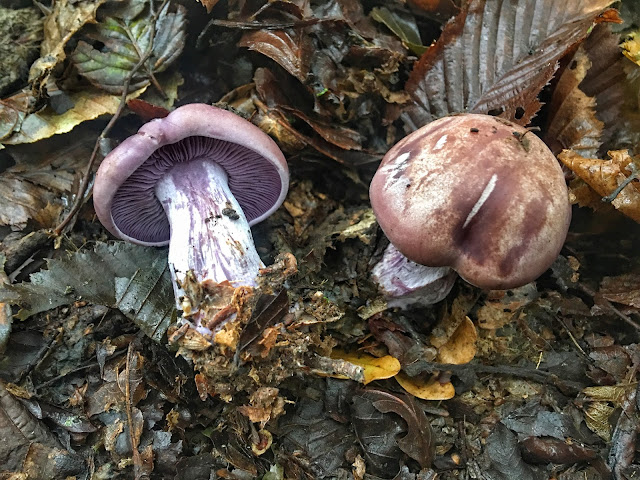 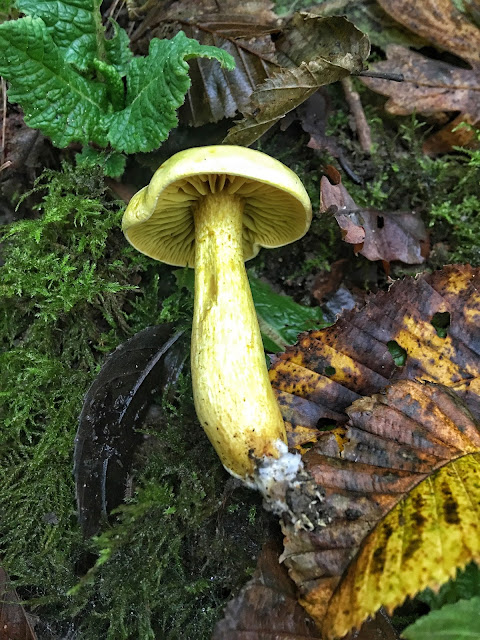 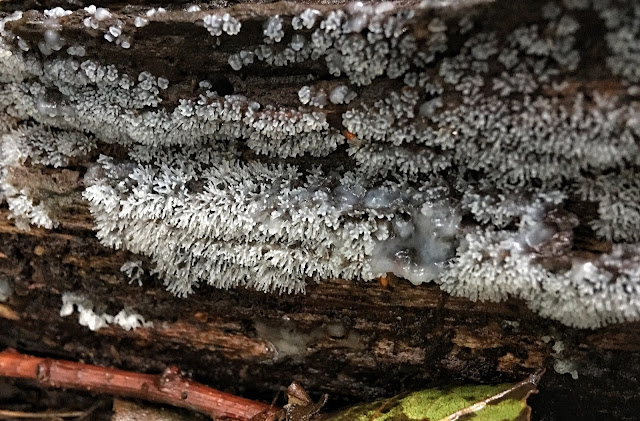 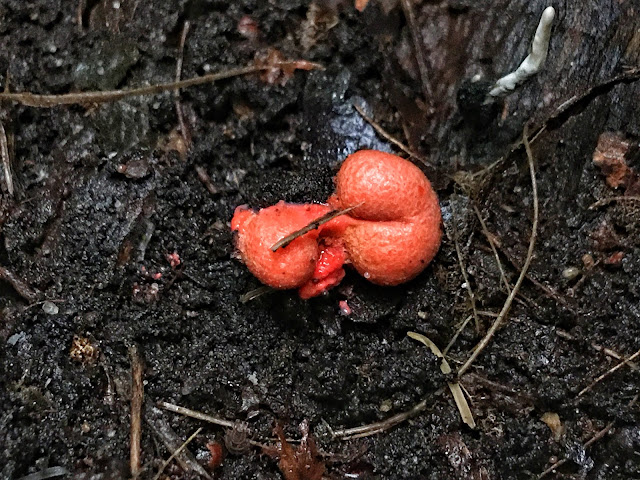