Whitlingham CP really comes into its own at this time of the year and the autumn colours there are superb. This afternoon trip, before the weather closes in, was specifically to see Yellow Shield fungi which James Emerson had kindly given me directions to. In the end I not only saw those but also found some of my own nearby and also saw plenty of others of interest.

I bumped into Anne Crotty and her husband while in the picnic meadow area and she happened to mention a coral fungus that grows under leylandii near Whitlingham Farm Share. I hot-footed it there (I needed the walk too) and quickly found my first coral fungus - Green-staining Coral Fungus under said leylandii by the track.

An impromptu meet with Jus by the carpark for a catch up resulted in scope views of 2 Goldeneye and the resident dodgy Barnacle Goose whilst coffee and a scone went down well at the cafe just before they closed! 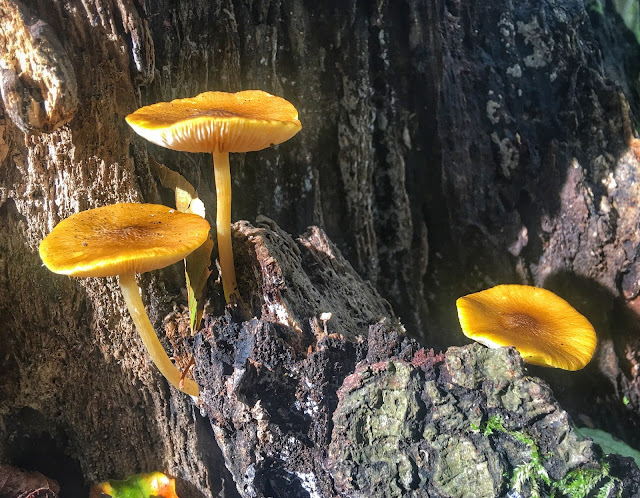 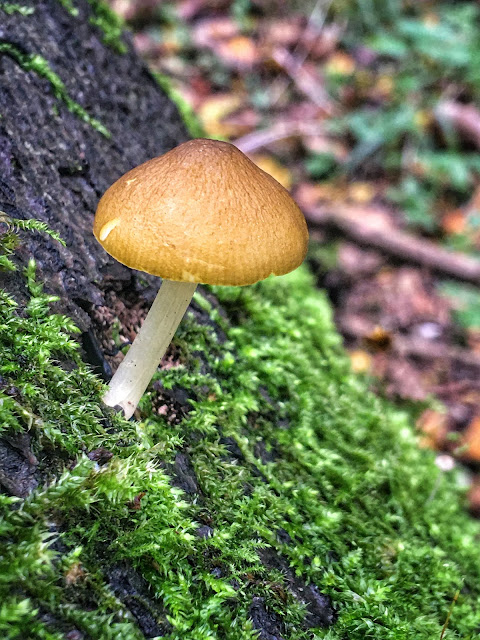 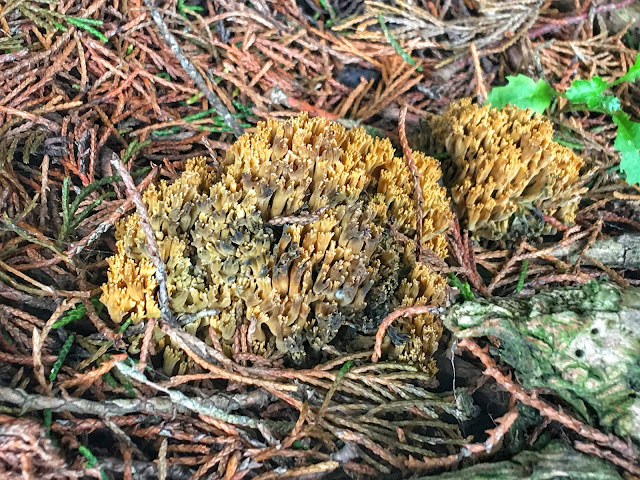 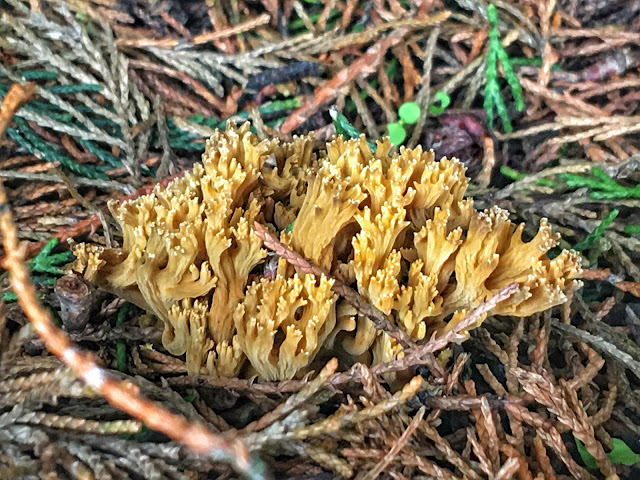 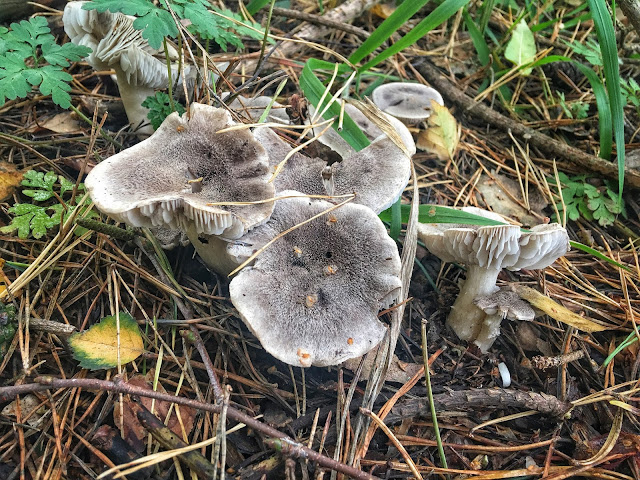 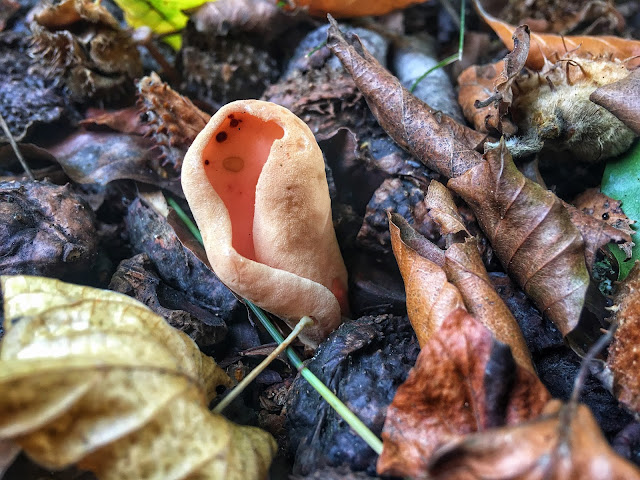 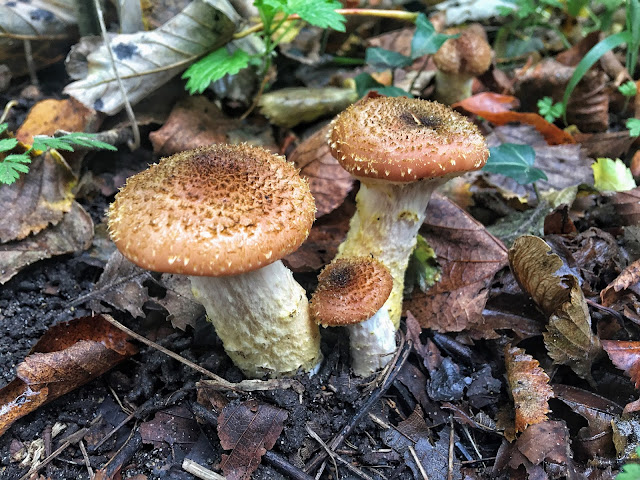 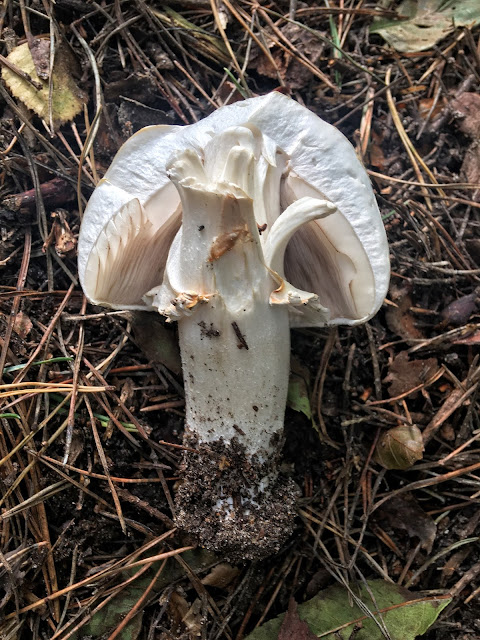 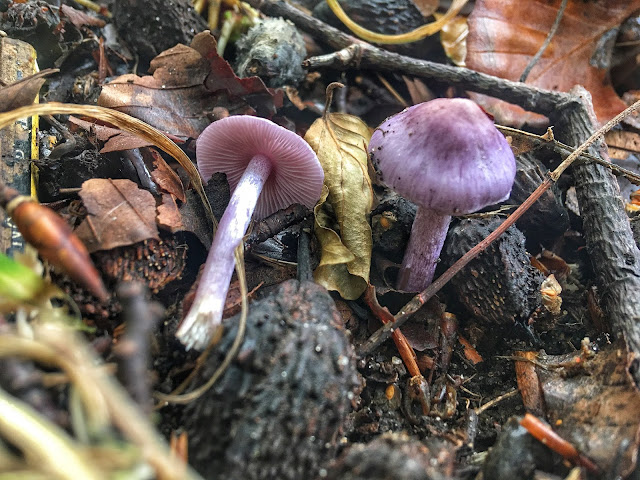 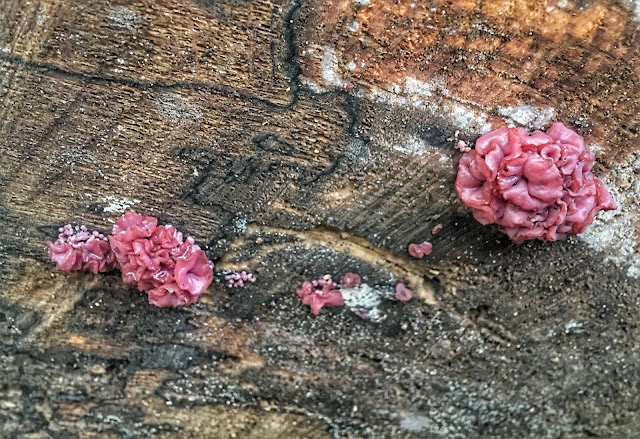 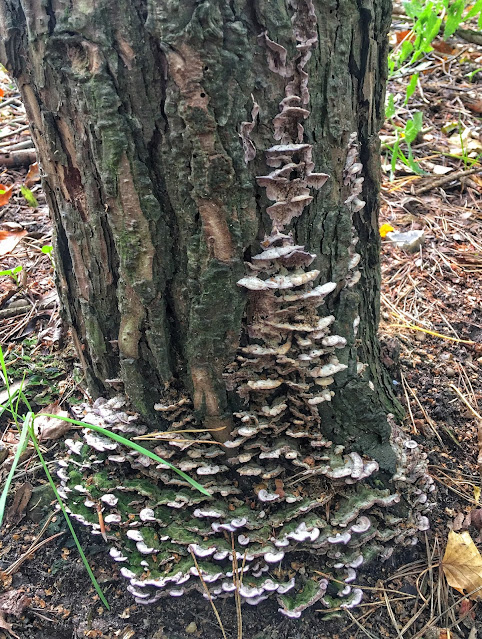 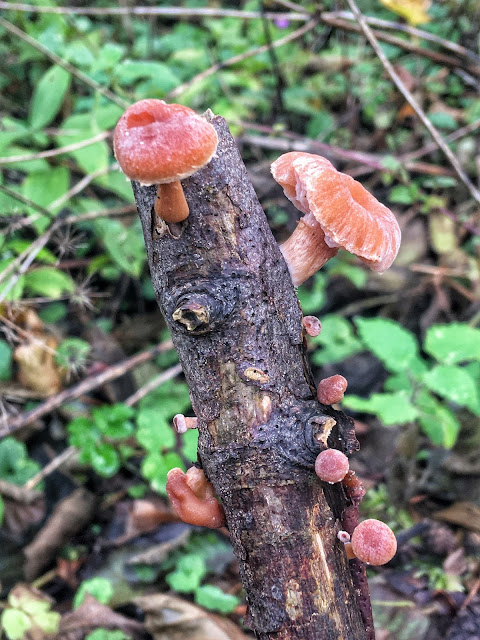 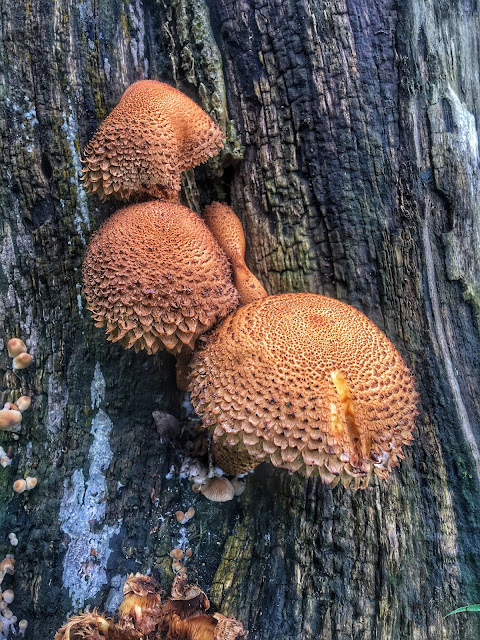 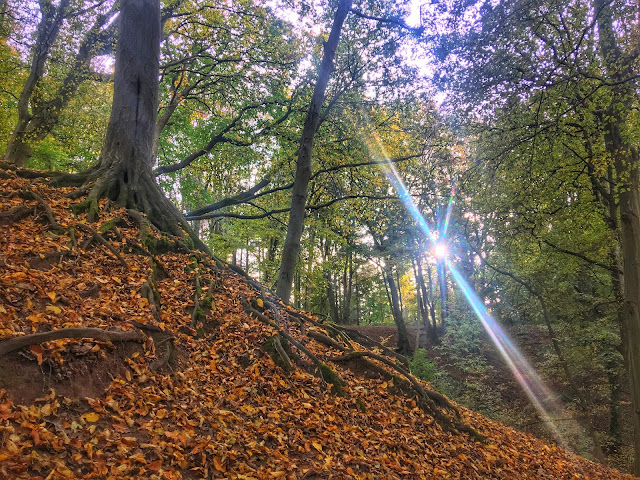 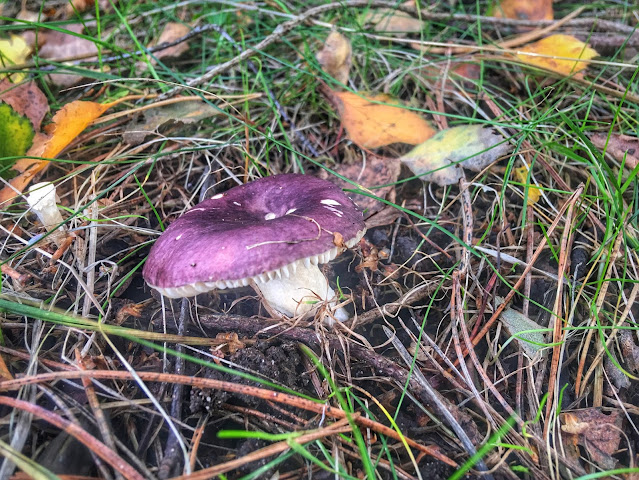