The last 4 days have seen me visit a number of widely-flung places. So this is a brief summary of what I've seen.

After finishing a work job at lunchtime I headed out to Target Hill near Mendham. This is a steep sandy hill overlooking the Waveney Valley and I wanted to see what sand-loving plants I might find there. I found Colour-changing Forget-me-not, Wall Speedwell, Thyme-leaved Speedwell (including some pure white plants which I'd not encountered before), Germander Speedwell, Common Vetch, some very low-growing Broom, Spring Beauty, Small Mouse-ear, Meadow Saxifrage and Sheep's Sorrel plus a new fungi for me Petticoat Mottlegill. In a marshy area by a ditch at the bottom of the hill I found Fools Parsley, Celery-leaved Buttercup and Reed Sweet Grass while the lane back towards the car the verges were quite productive with Hoary Cress, Cut-leaved Cranesbill and Hedge Mustard of note. 4 Lesser Whitethroats were singing in the area and a pair of Mistle Thrushes flew over the hill.

A day walking with Belinda. First stop was Chippenhall Green where the Green-winged Orchids were putting on a show and I found another new plants for me - the unassuming Blinks. A pond was full of Water Crowfoot but best of all was a singing Turtle Dove found when I'd done the whole perimeter looking! It showed beautifully in a bare tree even allowing me to fetch Belinda from the car for a look. Several Yellowhammers were also around the common. A circular walk around Laxfield produced a surprise Bloody Cranesbill and some Goldilocks Buttercups before we moved on to Framlingham. Here a Brindled Beauty moth was on a shop window sill and it was pleasing to see a good number of Wallflowers growing on the old castle walls. We finished with a visit to Huttons Butchers and Deli in Earl Soham (highly recommended!) for a coffee and then a walk nearby. The highlights were plenty of Cut-leaved Dead Nettle on the edge of an arable field plus Fiddleneck, Cut-leaved Cranesbill, Spotted Medick and Black Medick.

A day doing chores in Norwich and visiting parents but with a slink out to Houghen Plantation at Horsford squeezed in! It was here, in some very marshy Birch woodland that James Emerson had kindly given me directions to a rather special fungus. It took me a little while to find them but then I spotted a marshy pond that held 80+ Bog Beacons. These really are a superb little fungus growing on aquatic debris and emerging from the water in glowing orange fingers. The walk had another highlight - 17 Crossbills showing very nicely, quite often in a bare tree allowing me to get an accurate count.

We were up a bit earlier than usual on a Sunday because I had a date with a beauty in our local Tyrrels Wood. Jane Ferguson had found a pure white 'alba' Early Purple Orchid there the day before. After a merry dance around the wood looking I eventually found a really nice group of c150 Early Purple Orchids away from my usual spot and the white one was easy to pick out. This has been a quest of mine for a number of years and I finally get to see one so close to home! Serching the wood had it's other benefits as I found several Sanicle plants which was a new one for me plus a good number of Yellow Archangel. After returning home for breakfast we headed off out again for our main walk - at Gorleston. Along the undercliff here I found Sea Sandwort, Oxford Ragwort, Buckshorn Plantain and Tree Lupins plus 2 colonies of Sand Martins. Along Warren Lane on the return Annual Mercury was new. We just got back to the car as the heavens opened! Next port of call was Ness Point where we bumped into Jeremy Gaskell. He and I examined the urban 'weeds' alng th seawall finding Common Scurvygrass, Spear-leaved Orache and a strange naturalised shrub tentatively id'd as the US species  Winterfat but looking and smelling very similar to the Curryplant I have in my herb garden at home! We finished our busy few days with a walk around North Cove NR on the way home. Here the Opposite-leaved Golden Saxifrage was still very obvious and numerous. 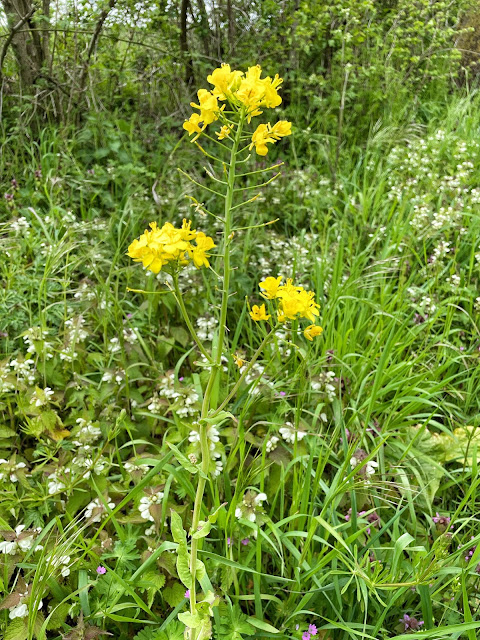 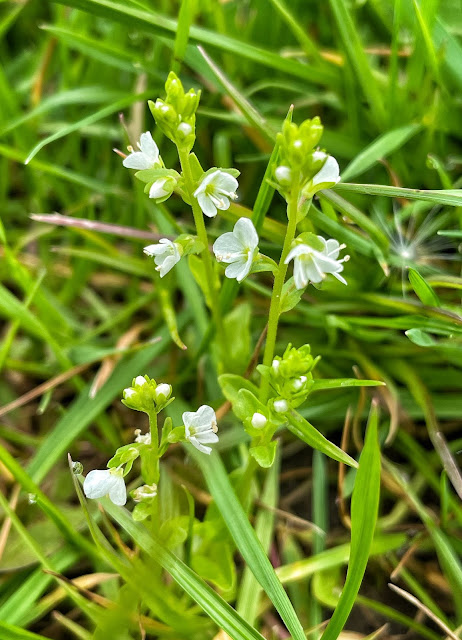 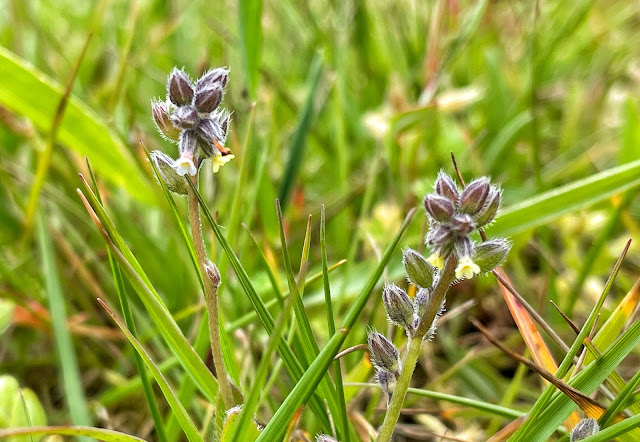 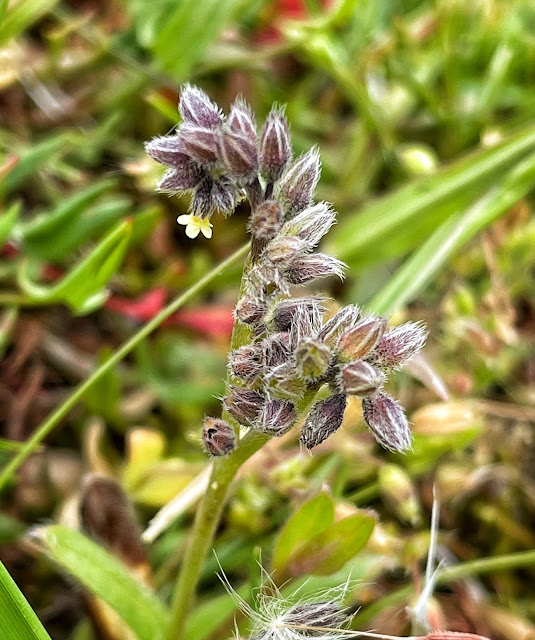 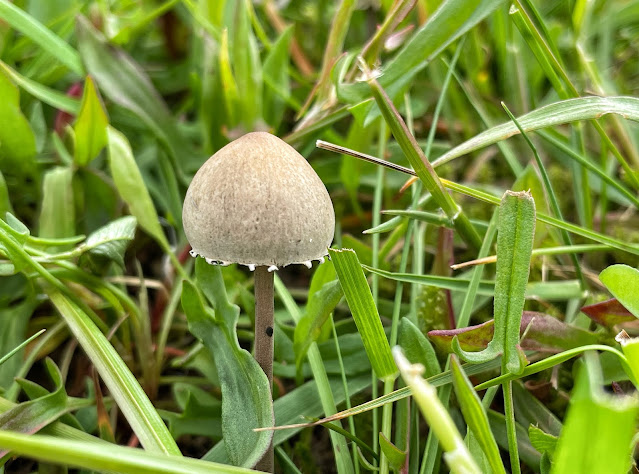 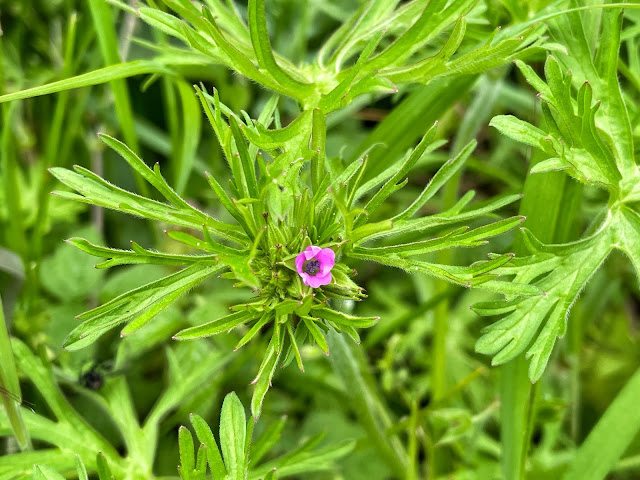 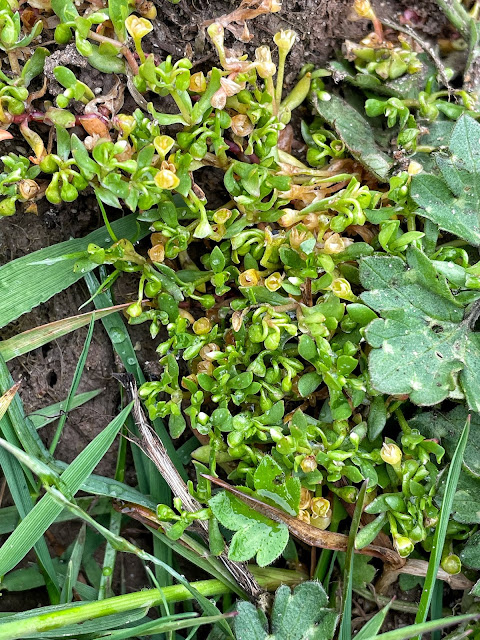 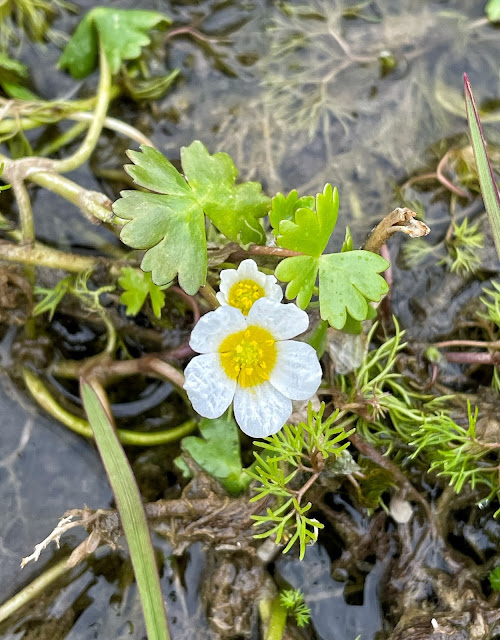 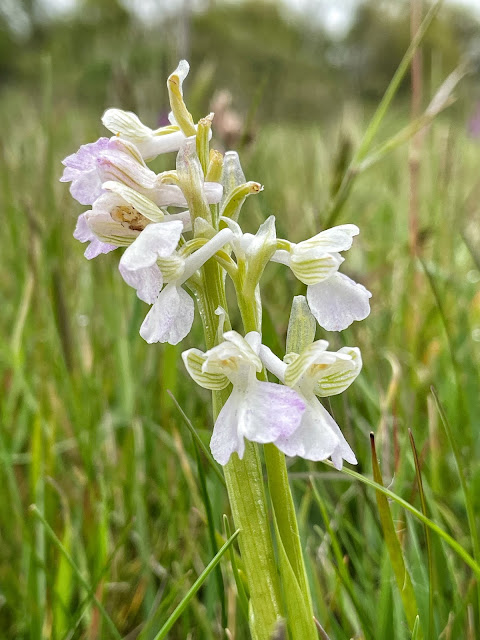 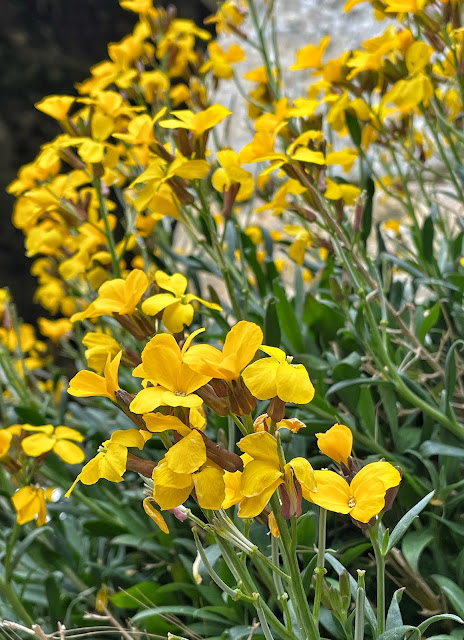 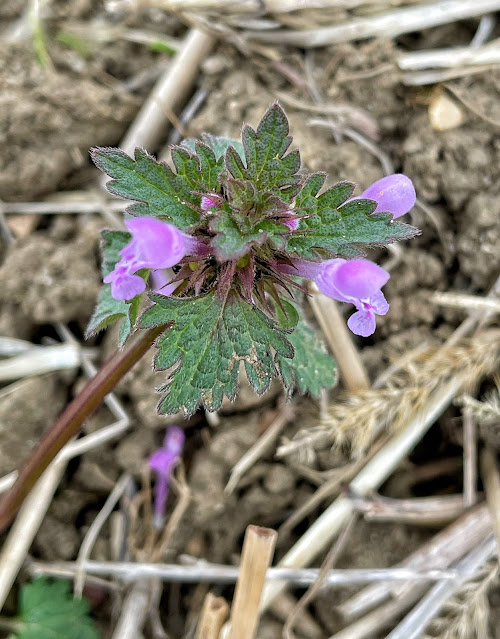 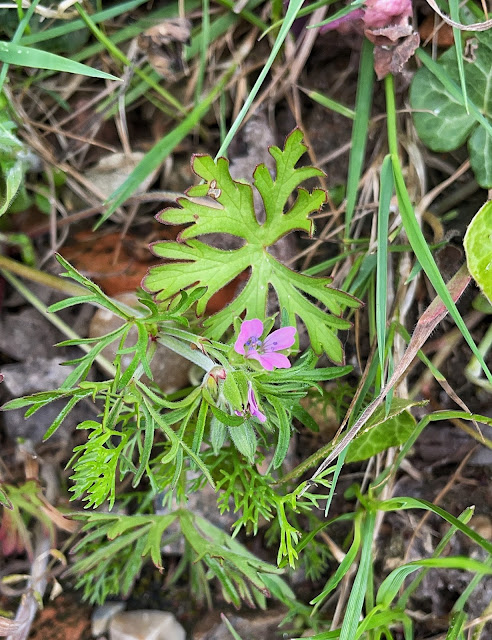 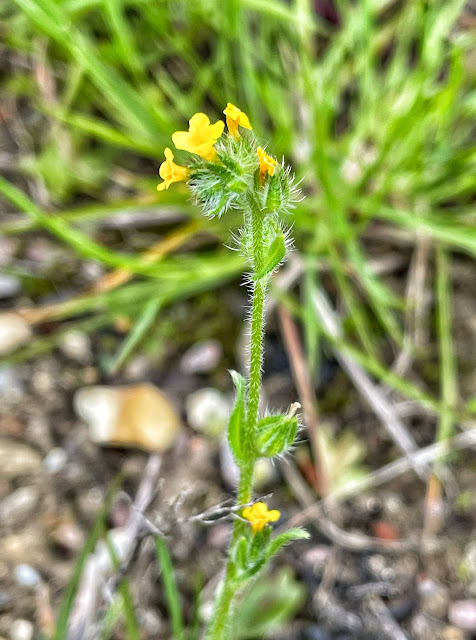 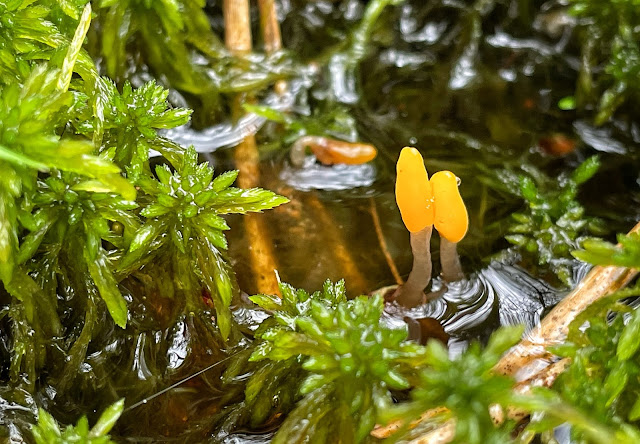 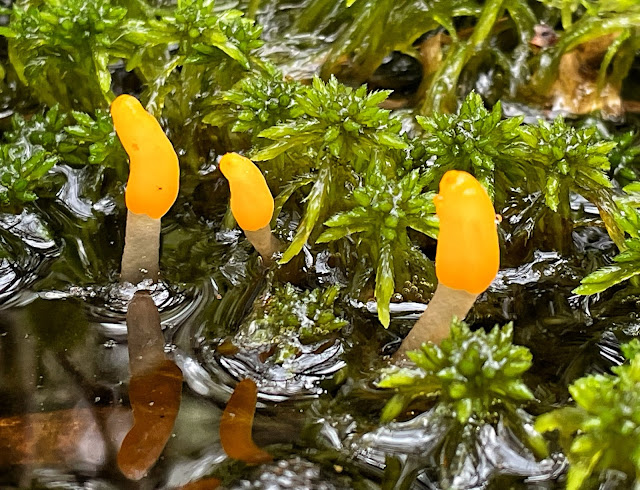 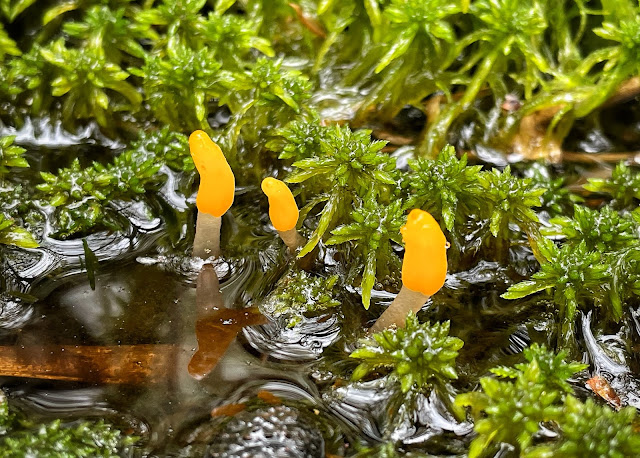 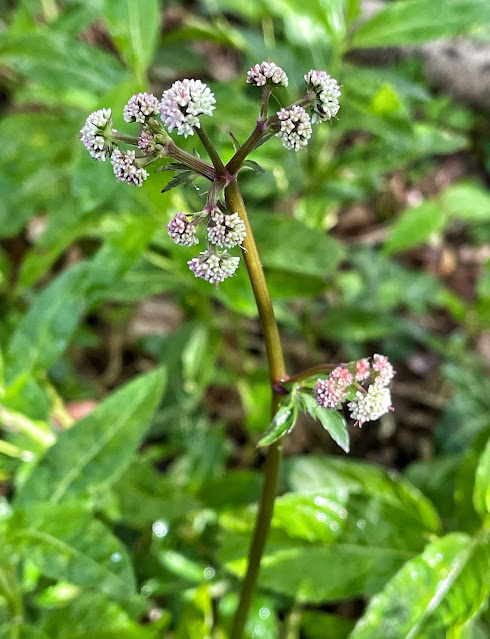 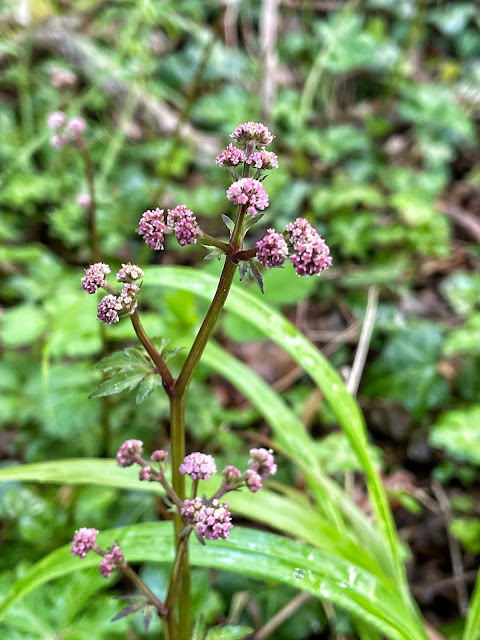 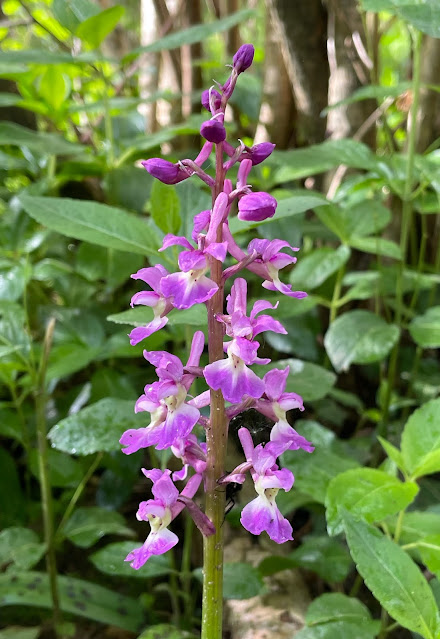 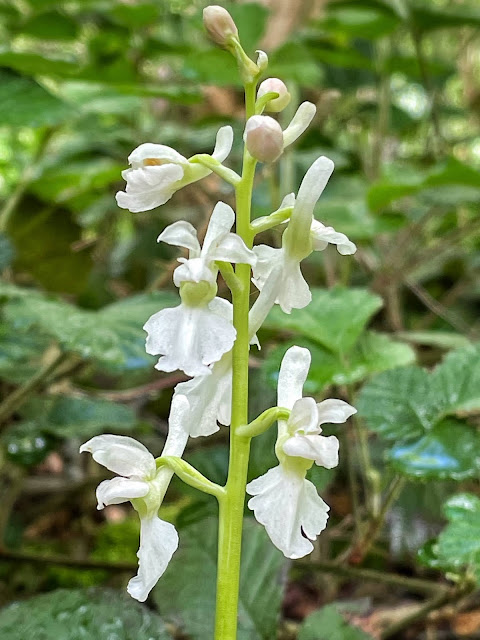 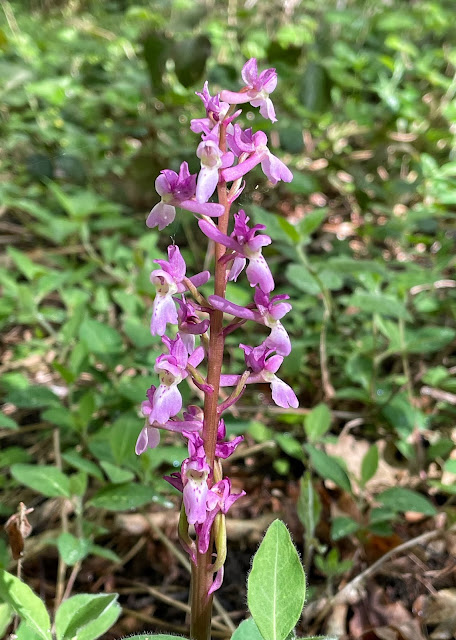 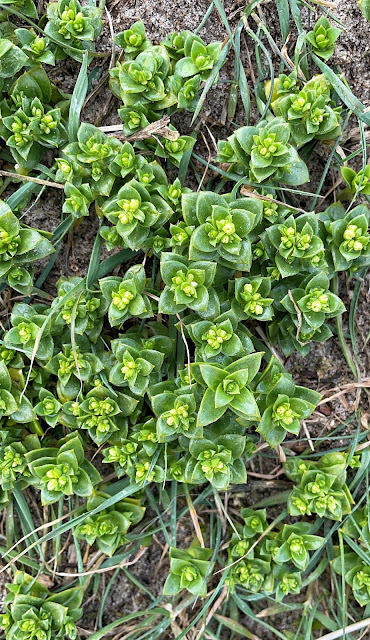 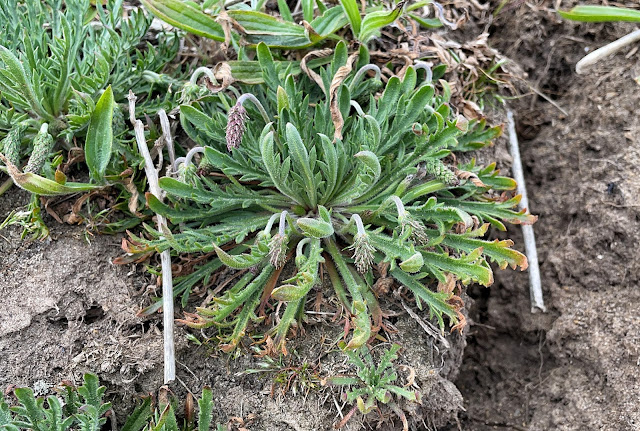 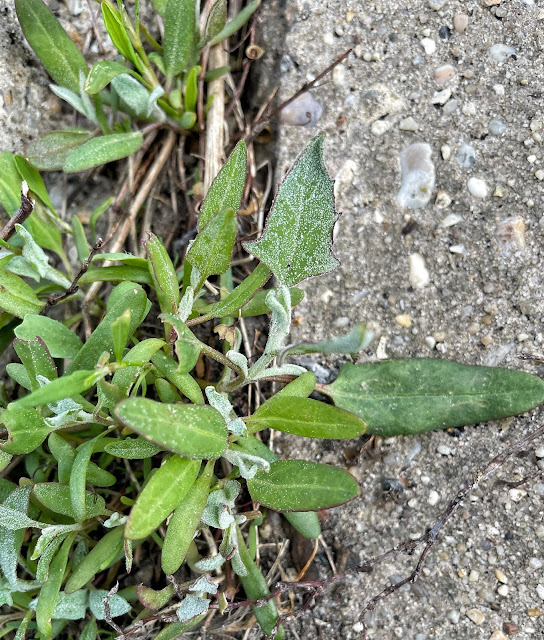