Today I thought I'd give the Dusky Warbler of the last few days a go at Oulton Marshes. And it proved to be firmly in the 'very elusive' category for a long time before it finally gave itself up! Arriving at about 11.45 it hadn't been seen or heard since 08.00 so things didn't look very promising. Eventually I picked up the call and after much bush-staring finally got some good view of it low in willows where it remained (mostly out of view for 30 minutes). Just as I was about to leave it began to move towards the path and when I did leave it was some 100 meters from where it had initially been seen. I snapped the 1 lousy shot below when it was very briefly in bare pathside trees but the light (and my photographic skill!) was against me.
Also around the area were 2 Stock Doves, loads of Chiffchaffs, 1 male Blackcap, c5 Cetti's Warblers, Green Woodepcker and Little Egret. 4 species of butterfly too with Brimstone, Peacock, Small Tortoiseshell and a nice pale Comma of the early brood 'hutchinsoni' photographed on the path.

Later in the day I popped in to Ness Point where I eventually located 4 Purple Sandpipers between Ness Point and Harbour Point. 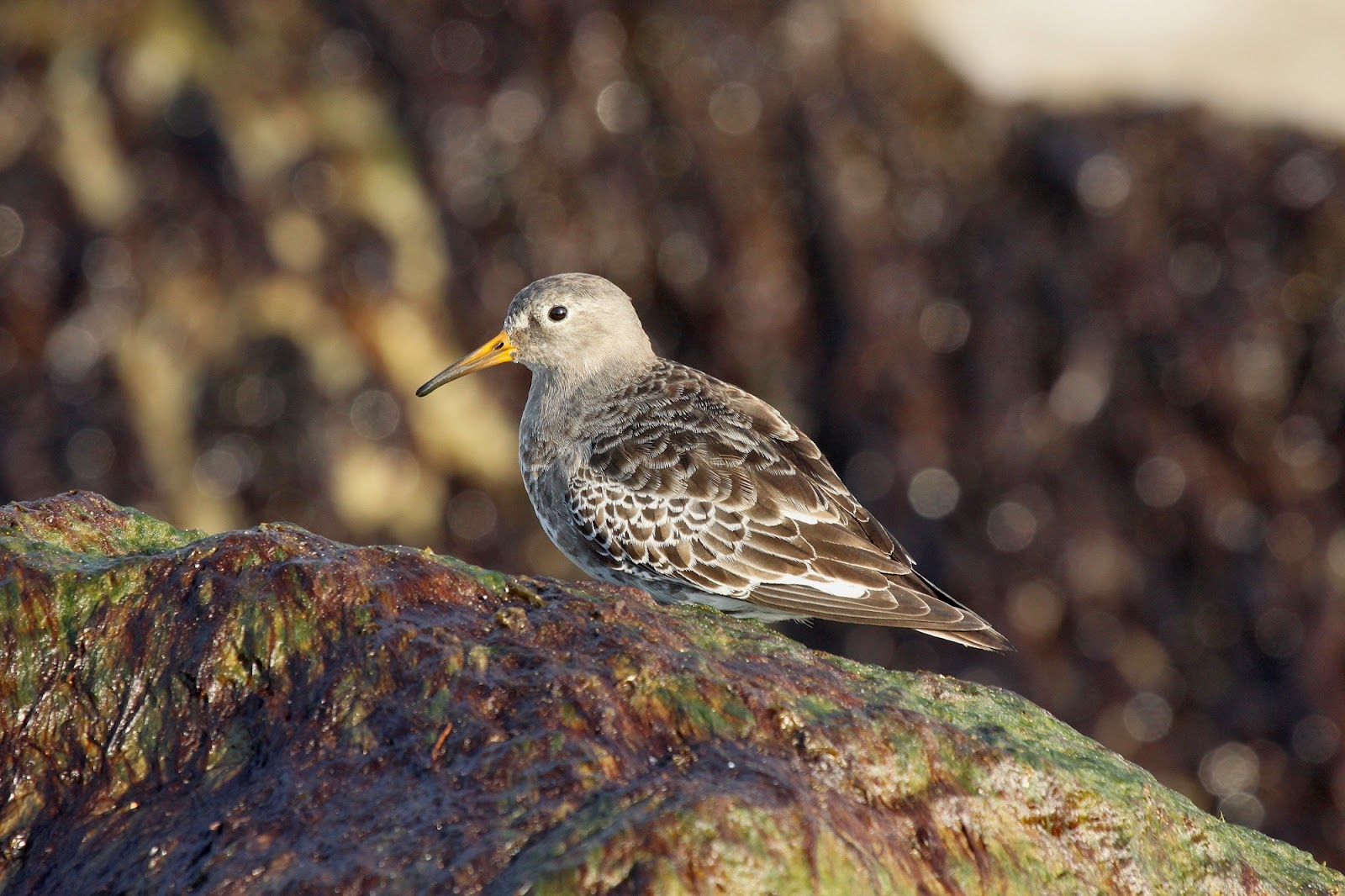