The boys and I had pencilled in a day out and on Friday night we opted for Abberton. As it turned out we couldn't have chosen anywhere else where we'd have seen such a good selection of scarcities.

It was bright and sunny but bitterly cold so the cafe at the reserve centre was very welcome, especially their woodburner! In between spells of coffee drinking we even did some birding! The Layer de la Haye causeway was first up and revealed a nice Slavonian Grebe at reasonably close range plus 46 Goosander (my biggest numbers for donkeys years), 3 Goldeneye, Common Buzzard, a Kingfisher that flashed across the road and huge numbers if other wildfowl, most notably Shoveler and Pochard which were present in very impressive numbers. Even a female stifftail sp lurked proving there are still a few out there after their scandalous cull.

Round at the Layer Bretton causeway 2 redhead Smew showed nicely before we moved on to the screen overlooking Wigborough Bay. Here 2 Peregrines were on a sandy spit with one bathing, a male Marsh Harrier was in the distance. c30 Pintail and another dozen Goosander (bringing the day total to c60!) were also in the bay and we also added Stonechat and Song Thrush to the daylist.

Back once more at the centre we got a message from Darren Underwood that the hitherto elusive out of place Dartford Warbler was showing in front of Island Hide. We hot-footed it there and got some cracking views of this 1w male in gorgeous light. A couple of Stonechats were loosely with it.

Back at the Layer Bretton causeway for the last light of the day we scored with 1-2 Bitterns clambering around in the reeds to the west, 2 Bearded Tits moved through a gap in the reeds,a female Marsh Harrier flew through, 8 Golden Plover over and 2 Great White Egrets eventually showed up to roost in the gathering gloom.

During the day we also had c150 Fieldfares, c50 Redwings including some nice close views near the reserve centre, Great Spotted Woodpecker, Green Woodpecker and a total of 13 duck sp. 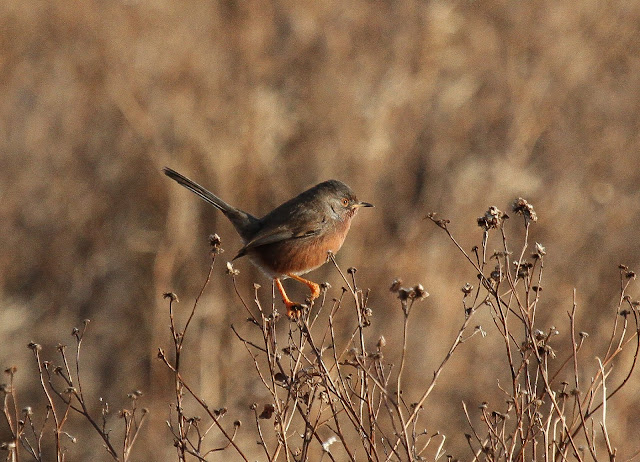 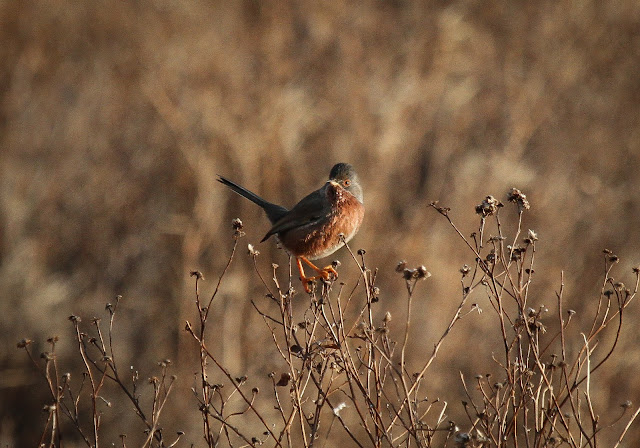 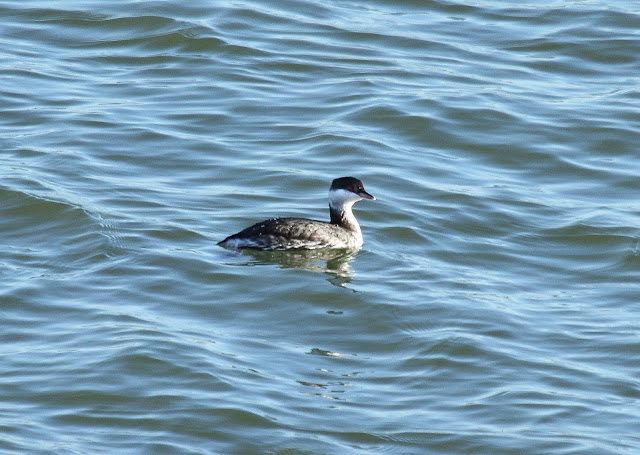 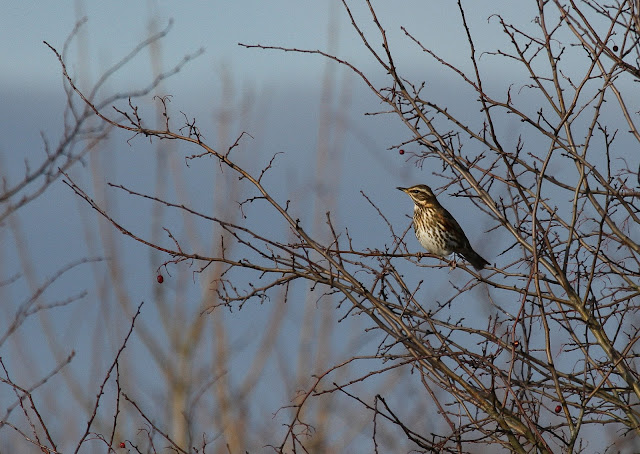 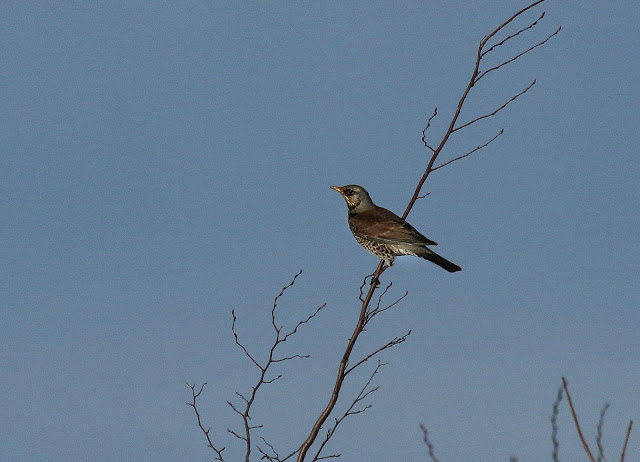 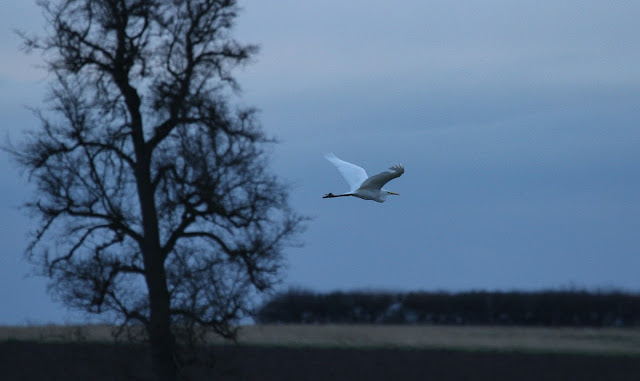 Great White Egret going to roost in the gloom 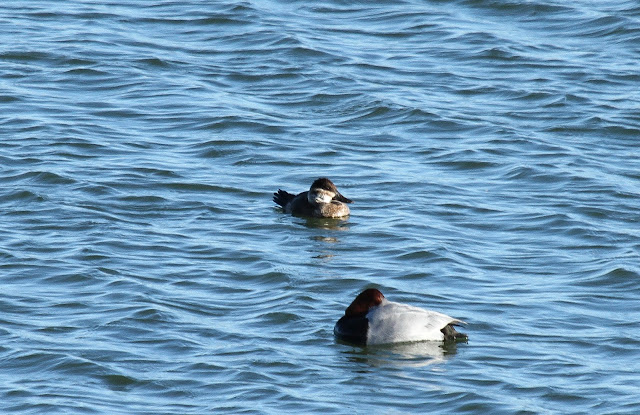