After the discovery of Serapias lingua, Greater Tongue Orchid in Essex last year we were keen to see them in their prime this year. And boy are they in their prime at the moment! Jus and I counted 36 flowering plants, all of which were in tip top condition. Jus did however manage to lay in a pile of dog shit while at the site! A Holly Blue also showed nicely nearby.

Moving on we had a timely message about 2 Black-winged Stilts which had just been found at Pipp's Ford so we scooted along there to get some distant but very acceptable views with Little Grebe and Stock Dove also there.

With just enough light left we managed to locate a single Birds Nest Orchid following some kindly given directions. Photographing it was a real challenge in the almost dark conditions! A male Sparrowhawk dashed over the field on the walk back and then on the way home a Little Owl showed on a telegraph pole near Stowupland. 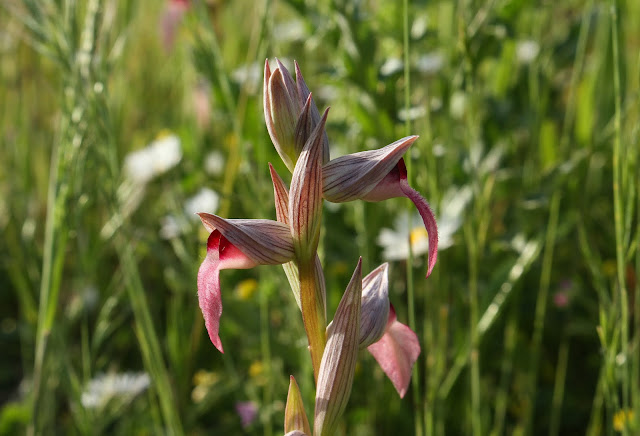 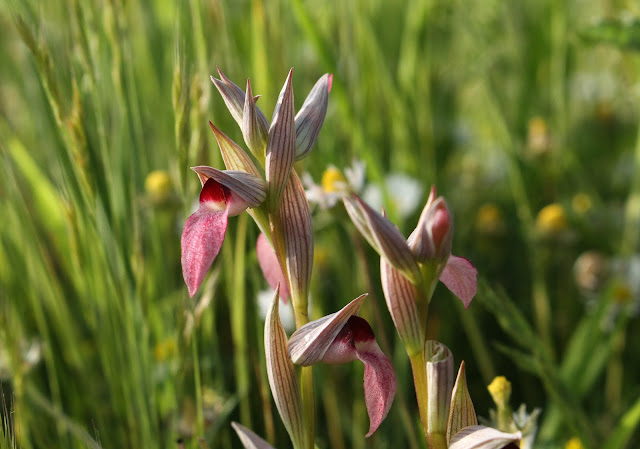 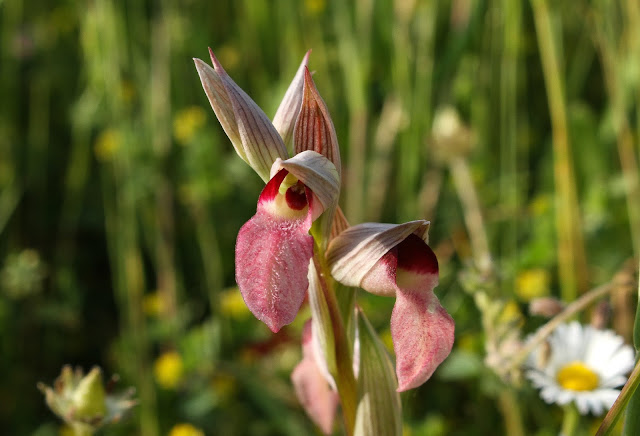 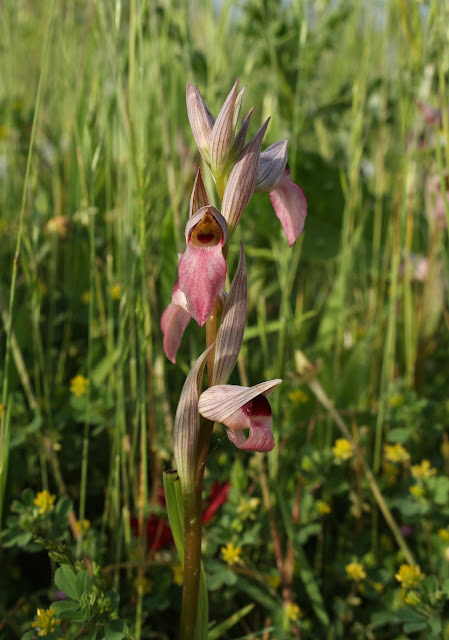 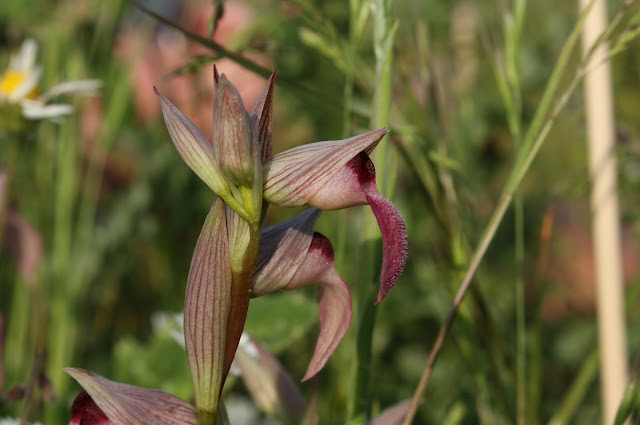 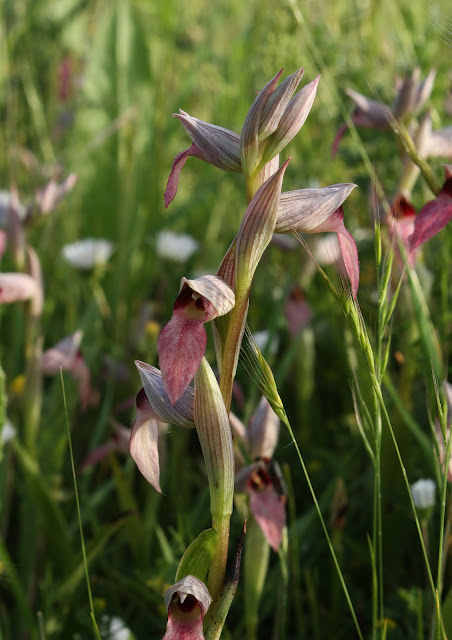 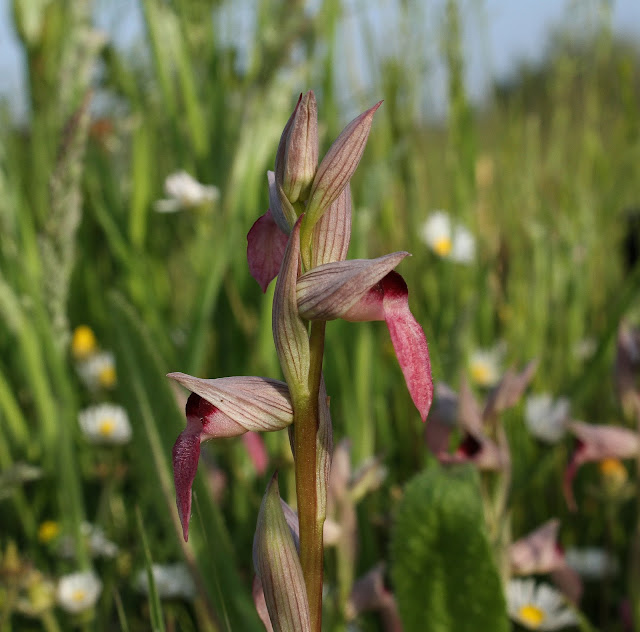 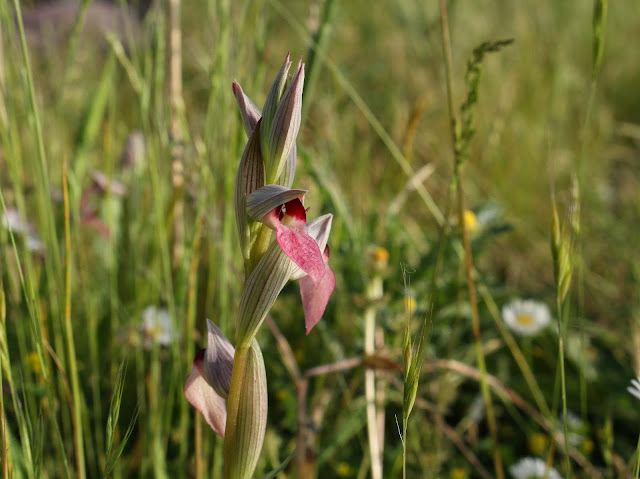 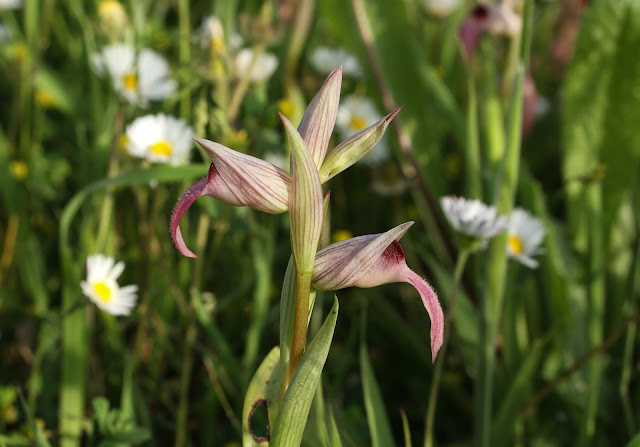 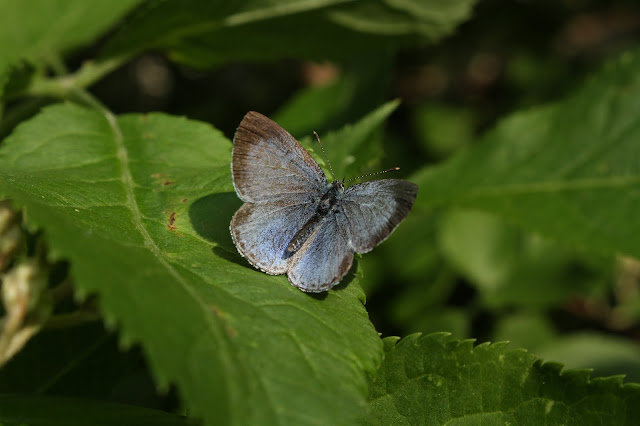 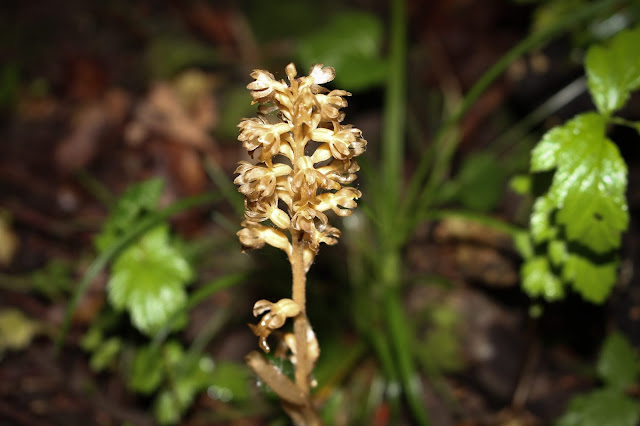