With news that the 'putative' Eastern Yellow Wagtail of the last few days was still present at Walberswick Belinda and I headed there after a lazy start to the morning. Parking and walking in through the woods from the NW is much quicker and nicer than the slog along the shingle from Dunwich and is also a route we know well from walking. En-route we notched up sightings of late Peacock and Red Admiral before reaching the beach at the south end of Corporation Marshes and a group of c40 birders including many familiar faces but - the bird wasn't on view! I got onto 'the other' paler grey wagtail now considered to be an odd Western Yellow Wagtail and 6 Snow Buntings entertained us but then the birds on the grazing meadow all got up and amongst the Meadow Pipits and Rock Pipits were 2 flava wagtails. A third bird was then spotted on the shingle close to us and it proved to be the swarthy Eastern Yellow Wagtail we were all hoping for (although at that stage it hadn't been conclusively identified). It flew before I could get my camera on it but gave a promising rasping call as it did so. Within seconds it popped up on the shingle in front of the grazing marsh where it stood still for a couple of minutes. It's here where I got a few record shots. Now, with sonograms having been studied it has been confirmed as an eastern and hence becomes a world tick for me! A Great White Egret also obliged on Corporation Marsh looking north towards Walberswick.

On the way back across the marsh plenty of Bearded Tits were in evidence and both Marsh Harrier and Common Buzzard were also seen.

After a visit to Southwold we finished the day at Hen Reedbeds where the 30,000 strong Starling murmation was truly spectacular. A Little Egret and a squealing Water Rail were also noted. 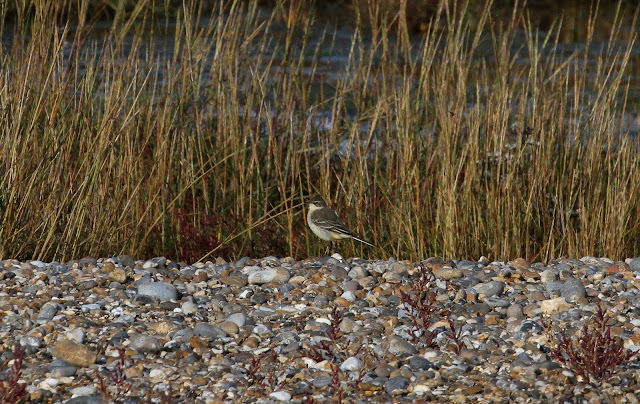 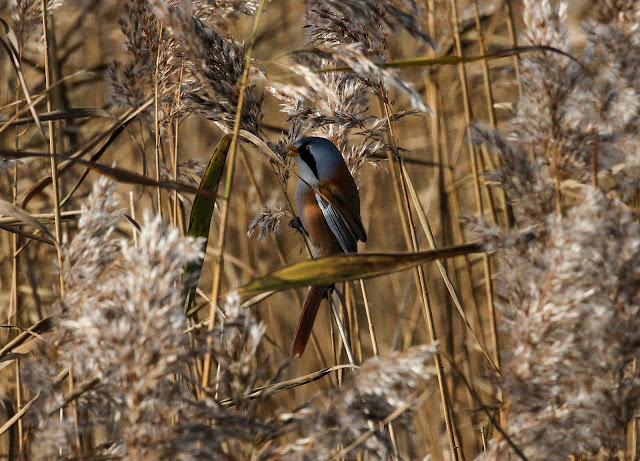 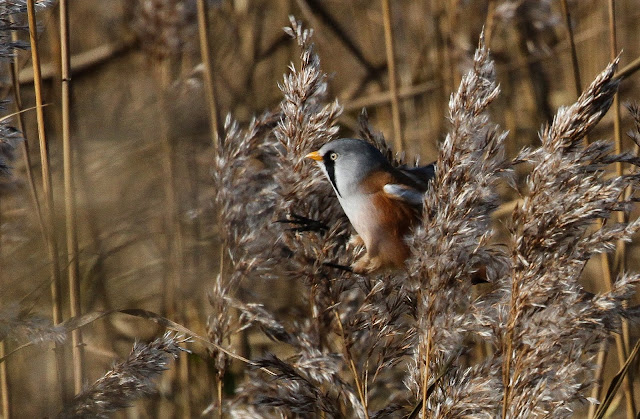 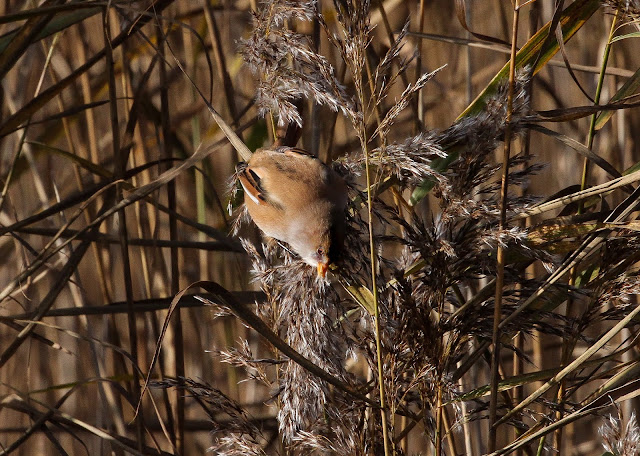 Bearded Tits
Posted by Chris at 17:58