After a brief trip to Go Outdoors in Norwich to buy a winter wooly hat (!) we set off for east Norfolk for the rest of the day. On our way to the coast a flock of 18 Common Cranes showed nicely in a stubble field between Acle Bridge and Billockby but a pair of geese with them were too far away to id with just bins. I strongly suspected Tundra Bean but they will have to remain as ones that got away.

Then it was on to Horsey were we indulged ourselves with some Grey Seal photography. Over the years the colony has gone from strength to strength and the beach was full of seals as far as the eye could see in both directions. The pup count so far is an incredible 1414! Making the long walk south as far as the plantation was worth the effort. Scorching out onto the grazing marsh to check out the corvid flock gave me distant views of the Hooded Crow and then a 'gronking' behind me alerted me to the Raven which gave me a good fly-past as it headed from the beach area out onto the marsh.  Other than a solitary Sanderling on the beach and a Fieldfare 'in-off' that was pretty much it.

Lunch in Poppylands then preceded a vigil at Winterton where the Eagle Owl failed to show in the cricket pitch area with just flocks of 7 and 32 Pink-footed Geese and a Common Buzzard seen. 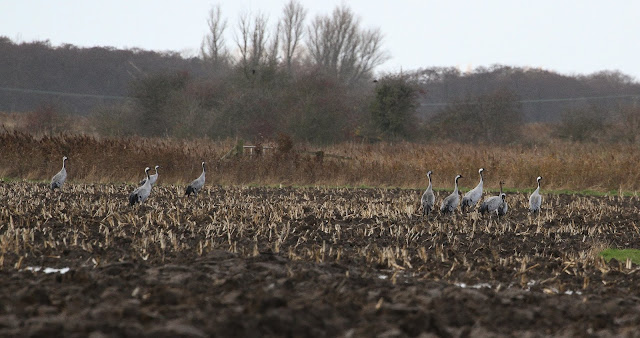 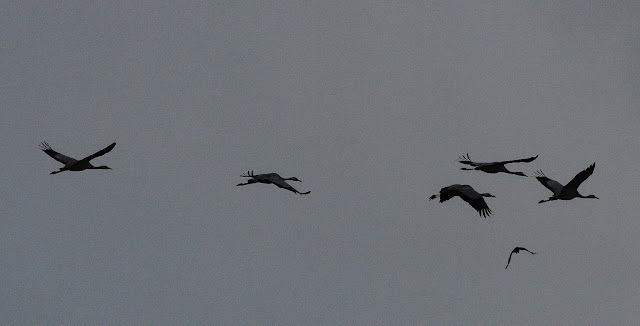 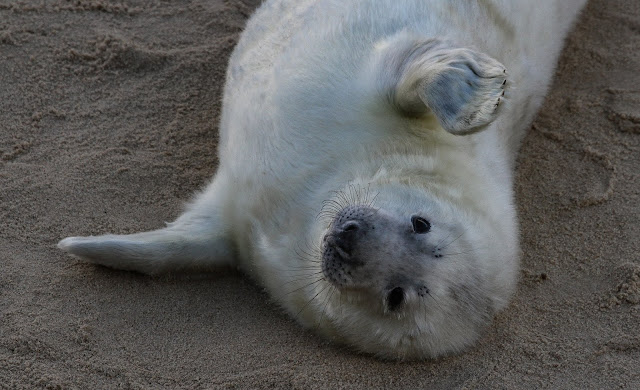 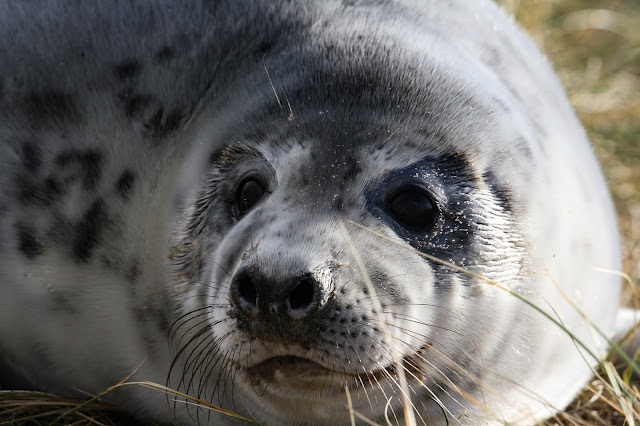 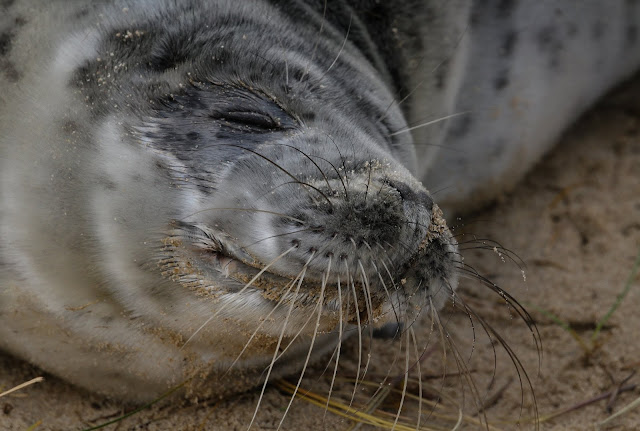 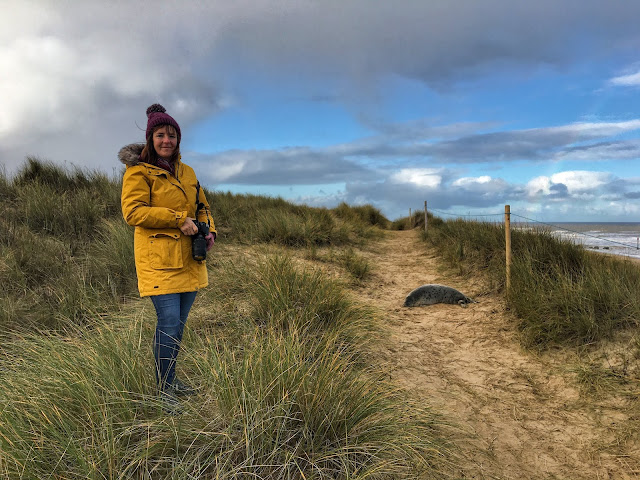 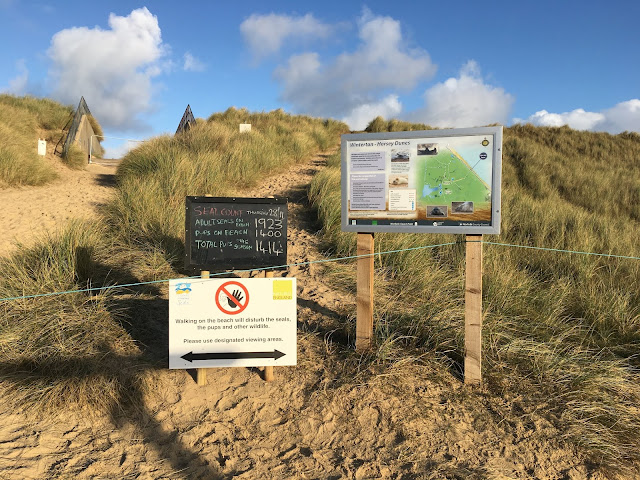 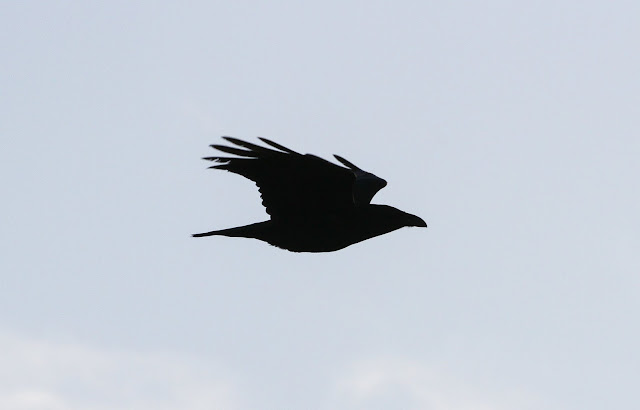