Now that travel in and out of Wales is permitted Jus and I had the chance to make the pilgrimage to see a very rare and amazing mammal. It's not often that we make such a long trip for something that isn't a bird but this just had to be done!

Leaving mine at 06.45 we were playing it quite casually but a long drive later and we were in Tenby looking for somewhere to park. This was easier said than done with narrow streets on a sunny Saturday when most of South Wales appeared to be there. Eventually parking by south beach we walked a torturous route through the throngs to reach the lifeboat station. And within just a few minutes of arrival we were staring in disbelief at the Walrus as it surfaced from it's almost constant feeding. What a beast! We went on to spend a good 2.5 hours there during which time it flirted with the lifeboat station ramp several times. It didn't haul itself fully up onto the ramp but we were treated to it rolling on its back half-submerged and scratching itself on the side of the ramp in between protracted bouts of feeding underwater. It came 2/3 out of the water though and that was good enough for us. While we were there chatting to Stuart Read and Matthew Deans we also had a Purple Sandpiper with Turnstones on the rocks below us, a fly-by Sandwich Tern, Rock Pipit, plenty of flowering Wild Cabbage and my first Large White of the year. 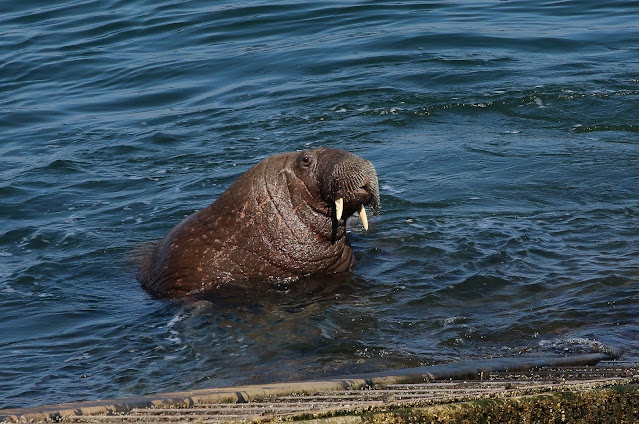 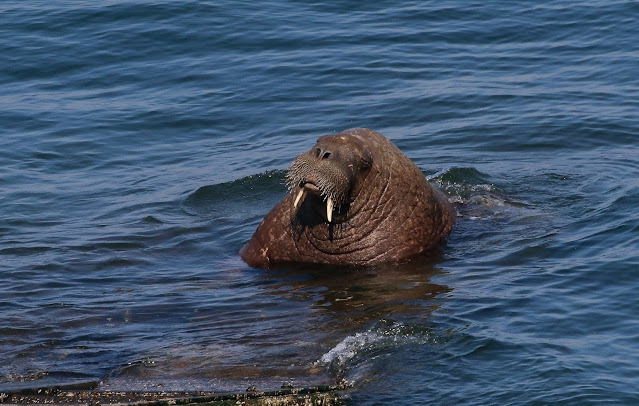 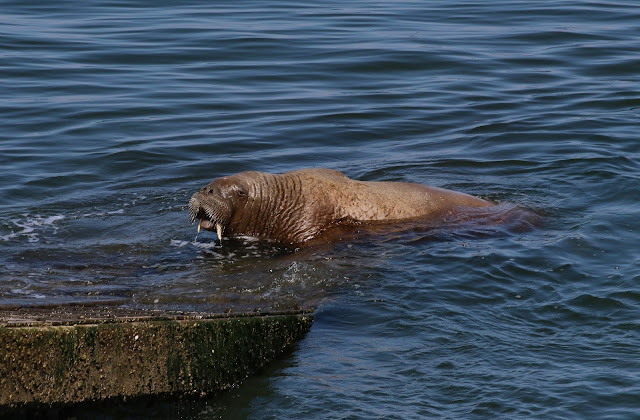 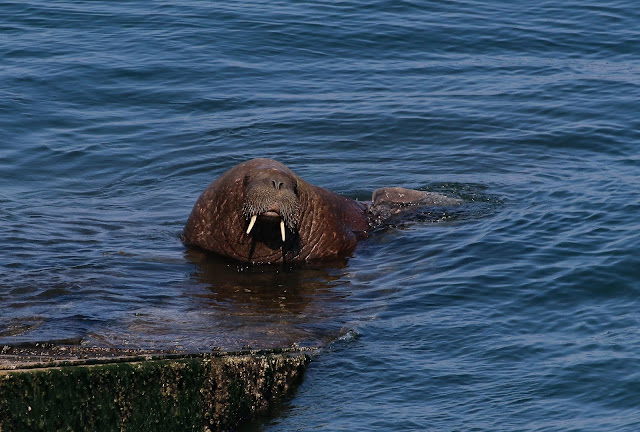 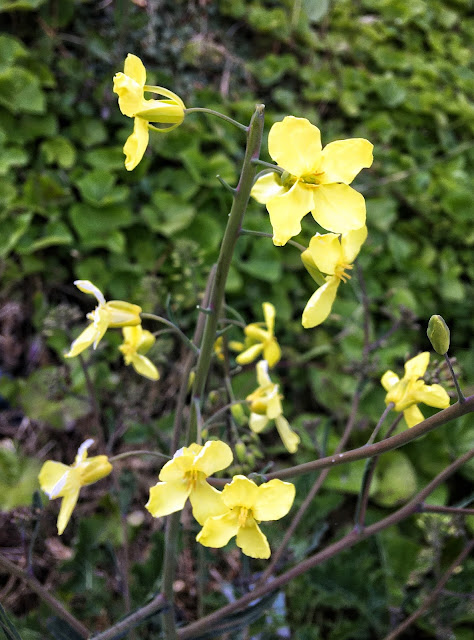 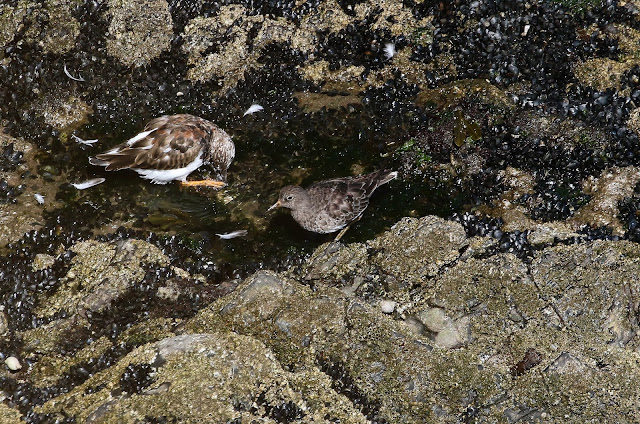 Leaving the site we walked north along the seafront (via a coffee and panini!) to a site for the curious Tenby Daffodil. We eventually found some good candidates for this local speciality in a garden above the beach along The Croft but we also had another site on the edge of town where we wanted to make doubly sure. This proved to be an even less 'wild' scenario with plenty of plants in good condition albeit in a raised flower bed! We also saw some other good candidates on a couple of roadside verges while driving but had had our fill of them by then! 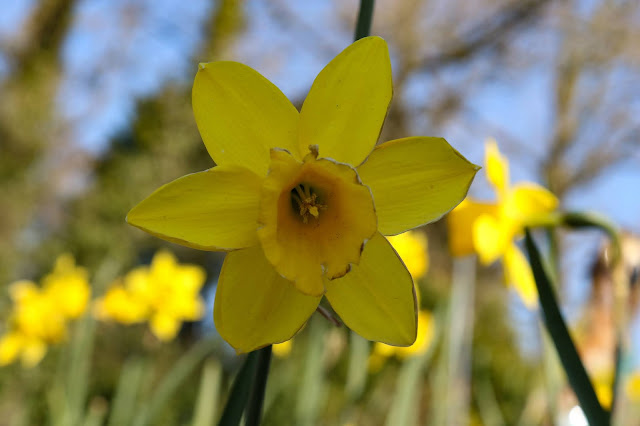 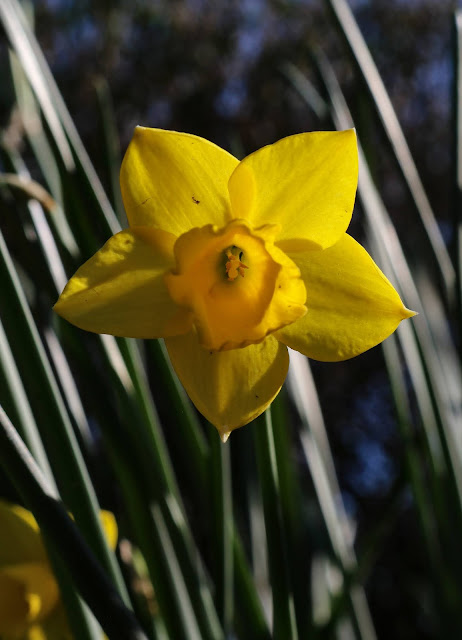 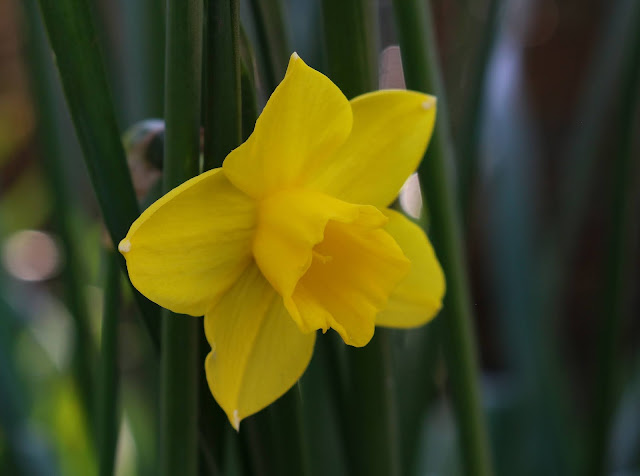 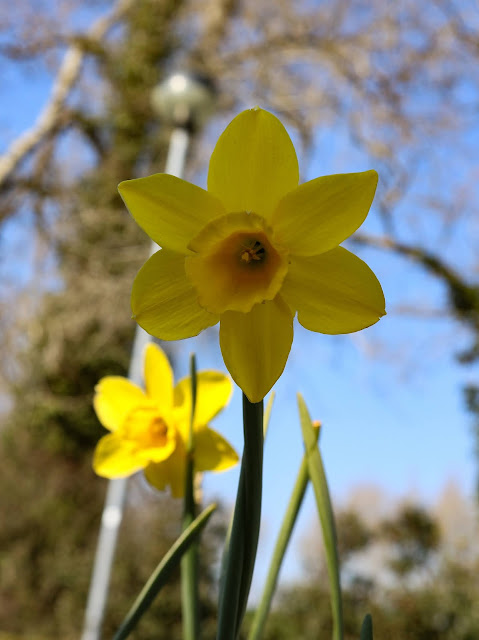 We had one more place to visit and one more main target. This was on the Gower Peninsular at the ruins of Pennard Castle. It also happened to be in the right direction for heading home. Parking up in the village near the golf clubhouse we struck out across the gold course to the castle. What a fabulous setting it was too and a really great place to see the very rare Yellow Whitlowgrass that grows on the ruined walls and is only known from this area. Most of it was over but we nonetheless still found several nice clumps. While examining the walls we also found loads of Navelwort, Portland Spurge, Rustyback Fern and Maidenhair Spleenwort into the bargain. It had become a 5-tick botanical day! The view down the valley towards the sea from here was a great place to finish the day as the sun sank. 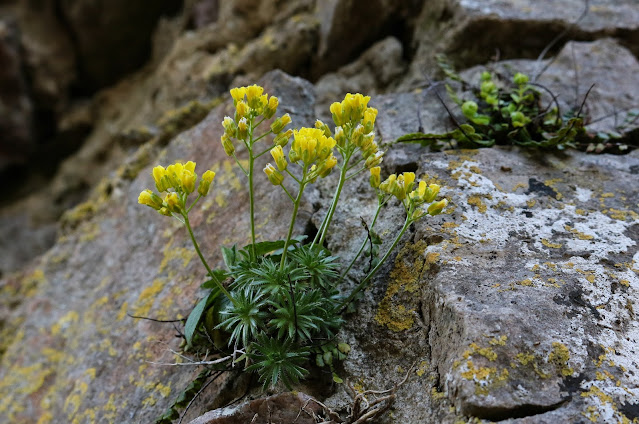 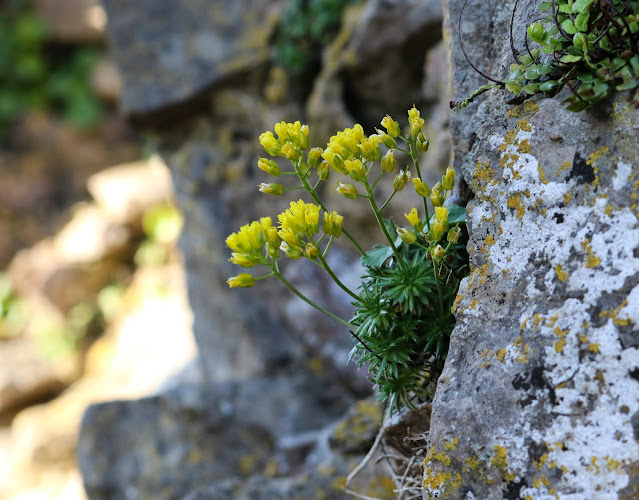 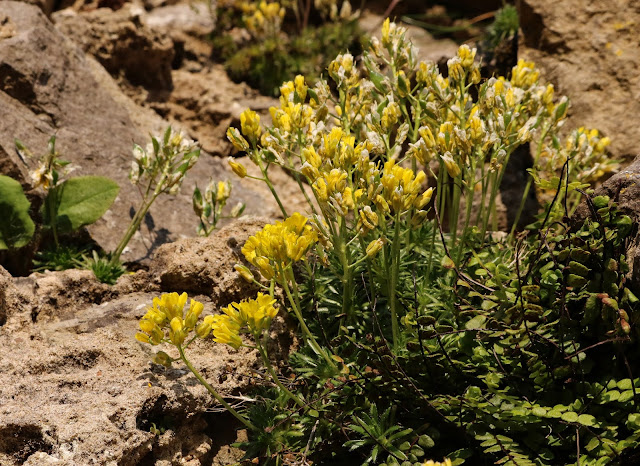 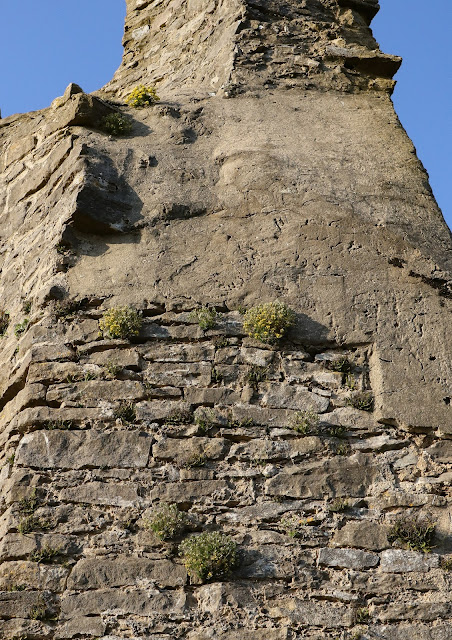 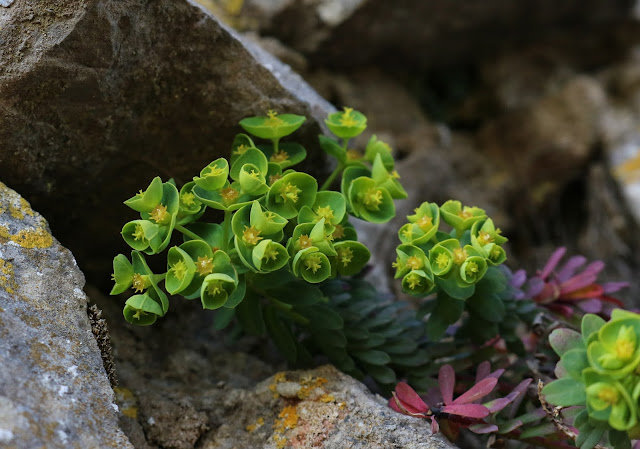 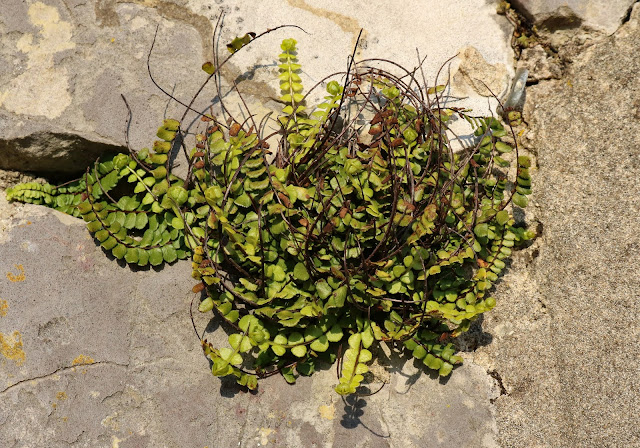 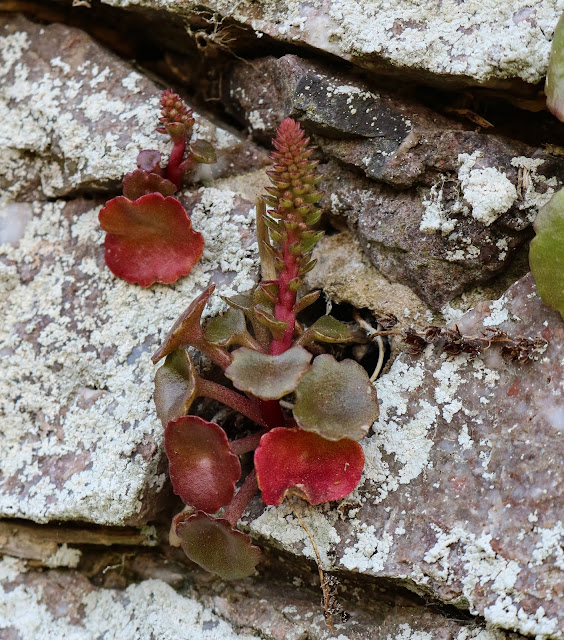 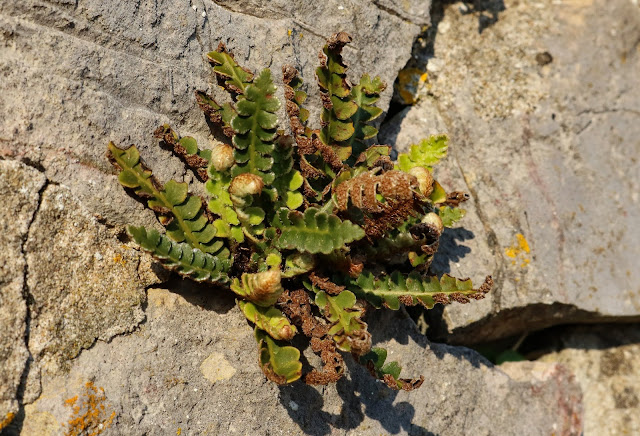 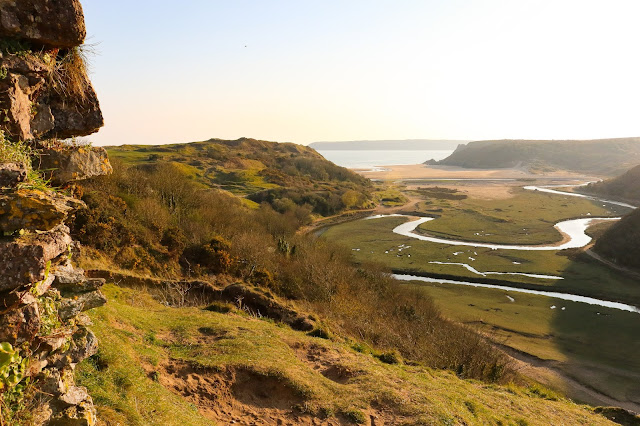 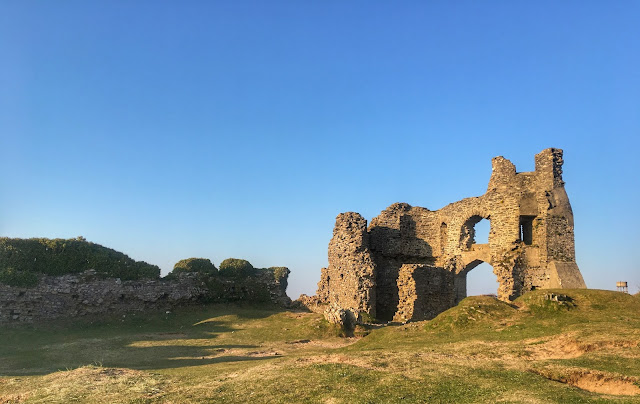