I nipped down to Whitlingham again today but in the end had to visit it twice (with a couple of hours in the city in between) before I finally found the hybrid White-cheeked Pintail x Mallard by the slipway. It was third time lucky and in the end it almost became a personal vendetta!  The drake Wigeon was also still hanging about but apart from 3 Cetti's Warblers singing and a scattering of Blackcaps and Chiffchaffs it was very quiet indeed. The chiffys included the rather odd bird below which I strongly suspect may be a Siberian Chiffchaff. The call certainly seemed right.

On the way back I called in to Ashwellthorpe Wood where I was delighted to find a single Early Purple Orchid in flower. The season is underway... 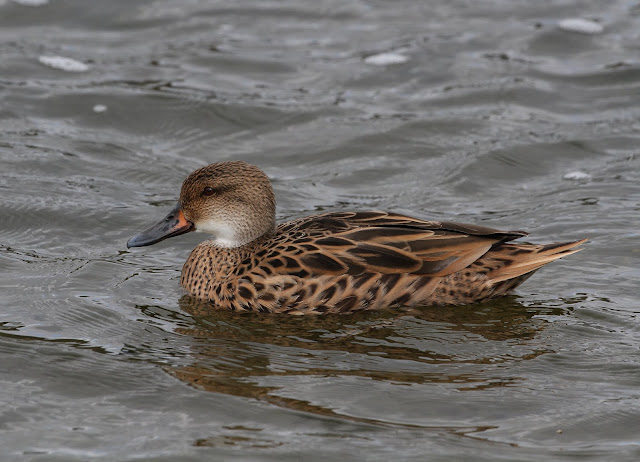 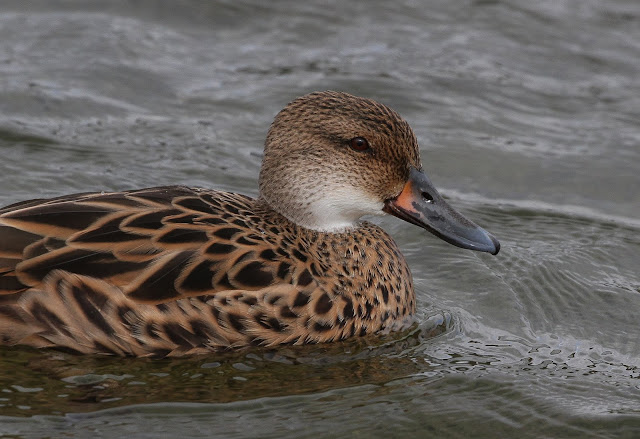 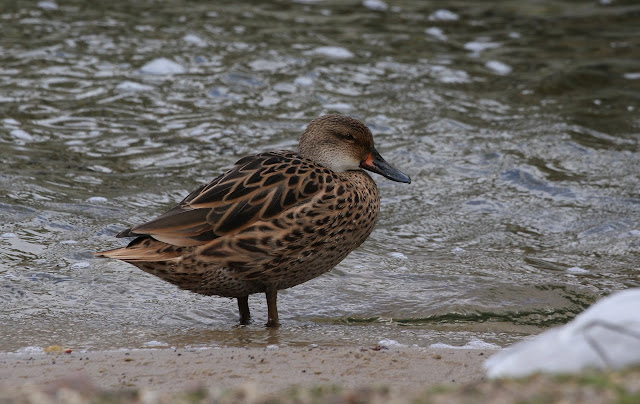 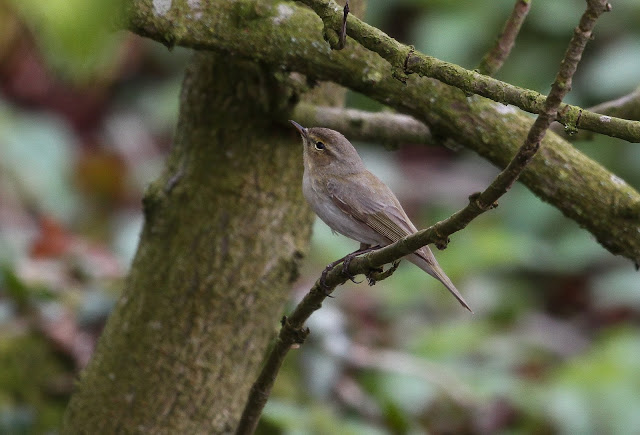 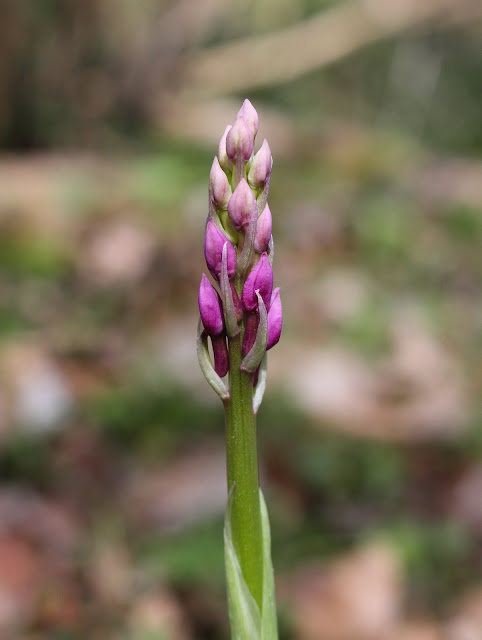 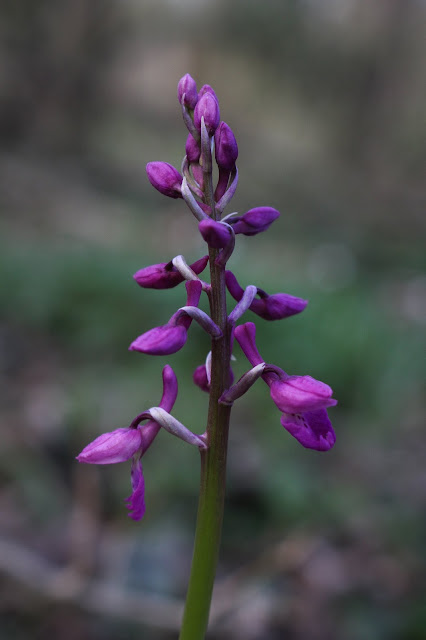