The wardens at Suffolk Wildlife Trust's Carlton Marshes had very kindly arranged an escorted trip out into the middle of Share Marsh to see some dragonflies. Due to ongoing development work there creating new scrapes access is limited and this was an area not normally open to the public. Indeed it will all be under water very soon!

They guys even kindly drove the small group of us out there to save us walking!

Within just a couple of minutes of arrival we found our first Vagrant Emperor hawking over a small muddy pool. Then it disappeared as quickly as it had arrived and for a while we were just seeing Black-tailed Skimmers and Emperor Dragonfly enlivened by the odd sighting of Red-veined Darter. 2 Green Sandpipers and a Snipe were inadvertently disturbed while a family party of Common Whitethroats had kept me entertained by the carpark.

A flying (attached) pair of large hawkers being followed by a lone male were then picked up and led us all a merry dance for a while. Eventually they began to settle to oviposit a few times and were positively identified as Lesser Emperors. Indeed, this is the ony hawker sp where the female lays eggs while still in tandem. Some discussion ensued with reference to photographs of both rare emperors while we tried to get to grips with the ids! Lesser Emperor is clearly a larger and darker species with a 'wrap round' effect of the pale blue segment at the top of the abdomen. The eyes are a vivid pale green, Vagrant Emperor by comparison is smaller, much more sandy coloured with the pale blue patch being limited to a 'thumb-print' on the top side only.  The eyes are predominantly brown.

We went on to get some fantastic views of at least 2 more Vagrant Emperors but never had one landed. Hence the rather iffy photos of which Ian's are far better than mine! 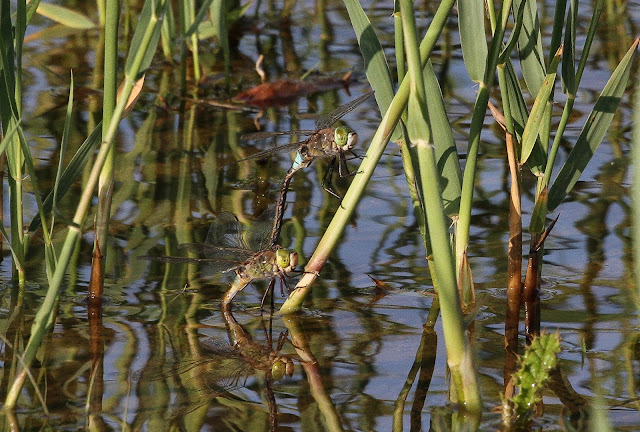 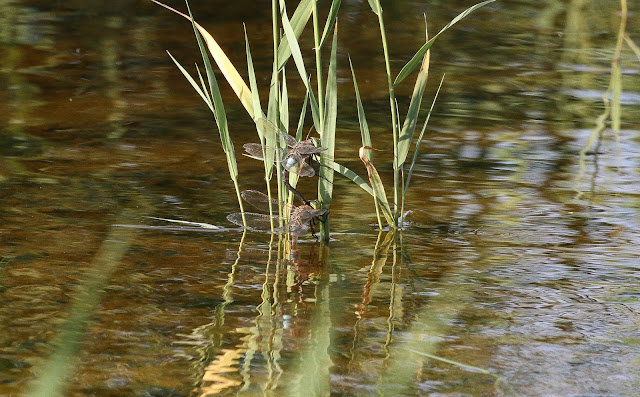 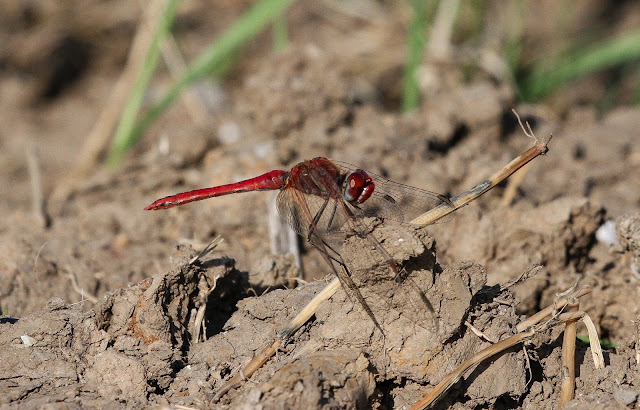 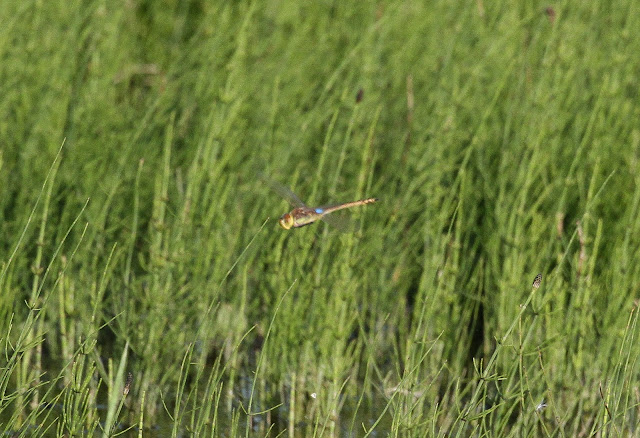 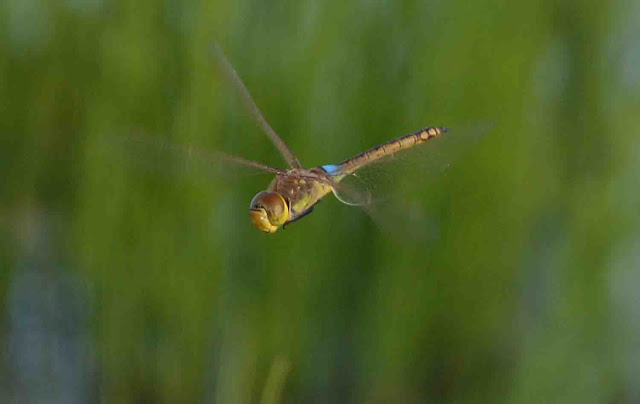 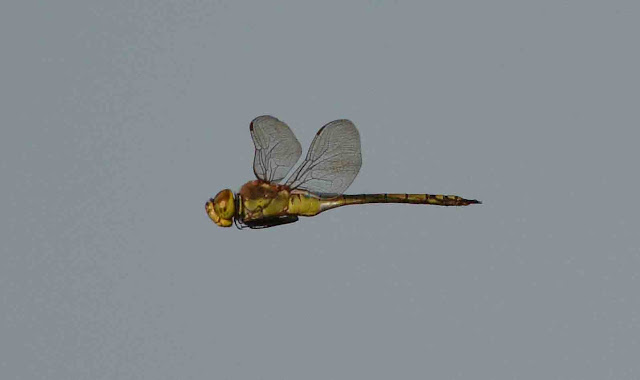 Vagrant Emperors (2nd 2 pics courtesy of Ian Porter - many thanks) 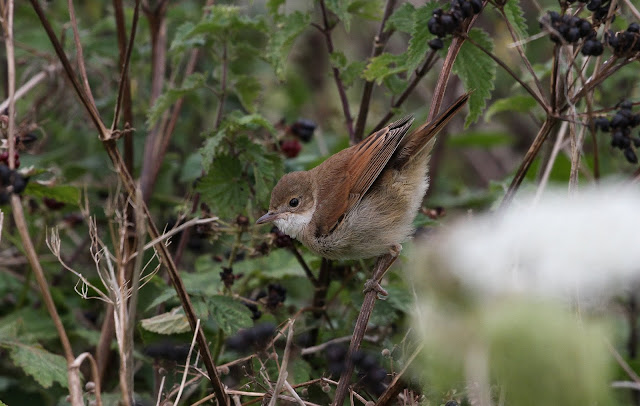 Common Whitethroat
Posted by Chris at 17:47