After failing at Winterton on Saturday I was keen to return for another crack at Southern Emerald Damselfly. New Norfolk odonata don't come along every day and it's a long time since I saw the species on Cliffe Marshes in Kent.

Reaching the favoured pool at about 09.30 there wasn't a huge amount of odonata activity and I'd had just 2 Chiffchaffs and 3+ Stonechats on the 30 minute walk there. After an hour of fruitless searching John Geeson, Stew Betts and Simon Chidwick arrived so we suddenly had a few more eyes looking! It still took another hour before Simon got onto a male Southern Emerald Damsel but it quickly slipped away. They really are elusive. In the next hour we then went on to get several views of the female although she has now lost her right hand hindwing. Each time we saw one it quickly disappeared. Still, I managed to get a few acceptable pics of what was my 33rd species of odonata for the county and well worth the effort. The pool also yielded Common Emerald Damselflies, a single Willow Emerald Damselfly, Azure Damselflies, Small Red-eyed Damselflies, Ruddy Darters, Common Darters, Emperor Dragonfly, Migrant Hawker and Brown Hawker. While sitting down having our lunch and a natter a spider sp (id awaited) and a Straw Underwing moth graced us with their presence. 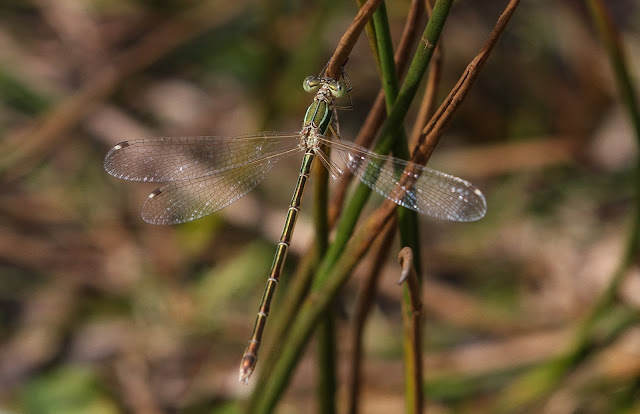 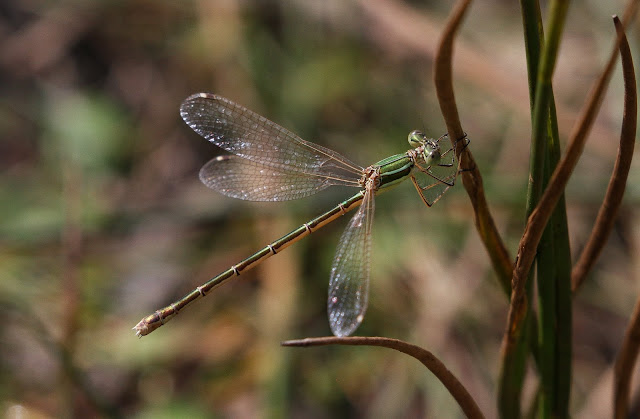 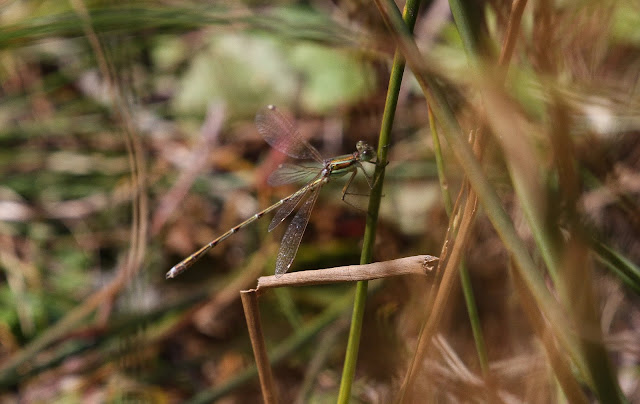 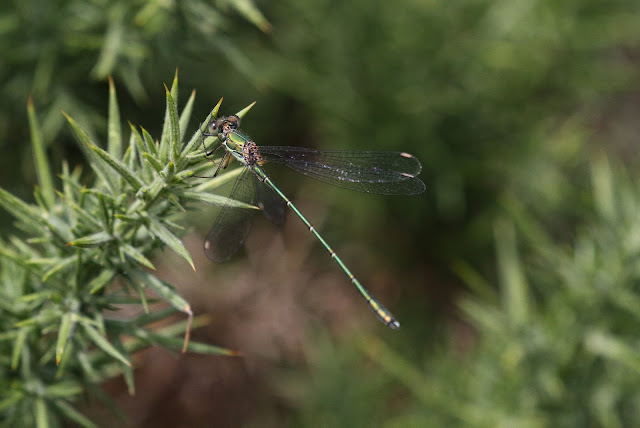 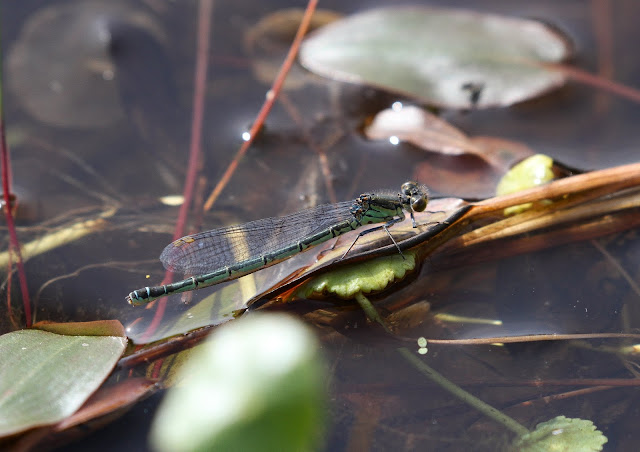 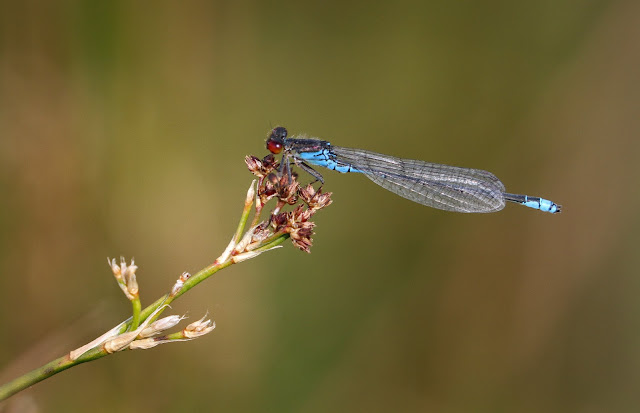 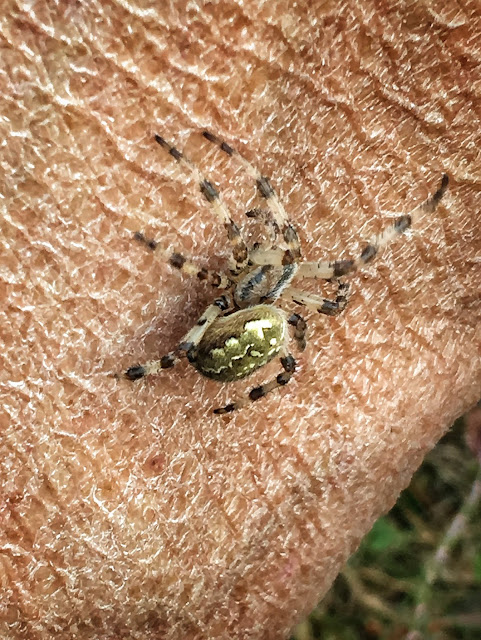 
The leisurely walk back gave us plenty of Graylings, Painted Ladies, Small Copper, Gatekeeper, Small White, Red Admirals and Small Tortoiseshells. Birdwise we had 2 Common Buzzards, Sparrowhawk, 3 Kestrels and a small pasage of Swallows. John was able to help me out by pointing out a few plants - Royal Fern, Wild Horseradish, Burnet Rose (with it's distinctive black hips), Square-stalked St John's Wort and Great Water Plantain. 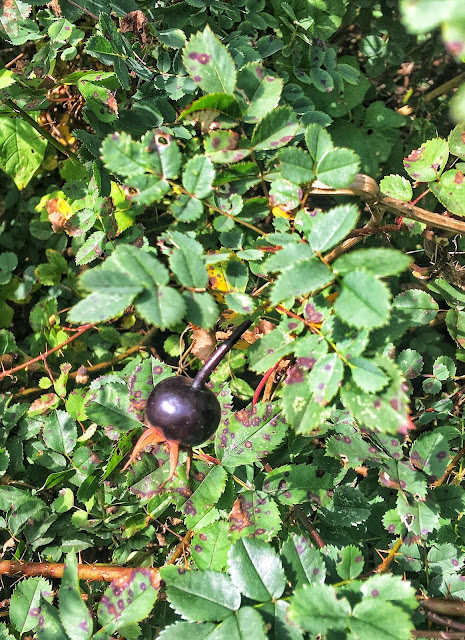 Staying with John and Stew we checked out the South Valley in the early afternoon and bumping in to Barry Jarvis we were soon watching 3 Pied Flycatchers on the slope just past the oaks. The same small area also held Reed Warbler, Lesser Whitethroat, Common Whitethroat and Blackcap. The slope by Hermanus had a large number of entertaining Bee-wolfs, some carrying their prey! 3 Brown Argus on the stroll back to the car finished things off nicely. 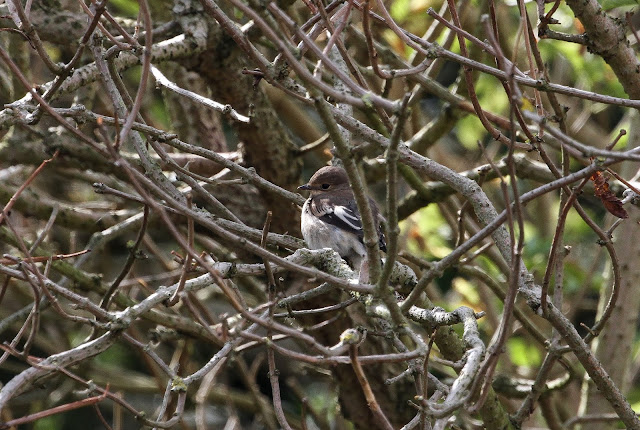 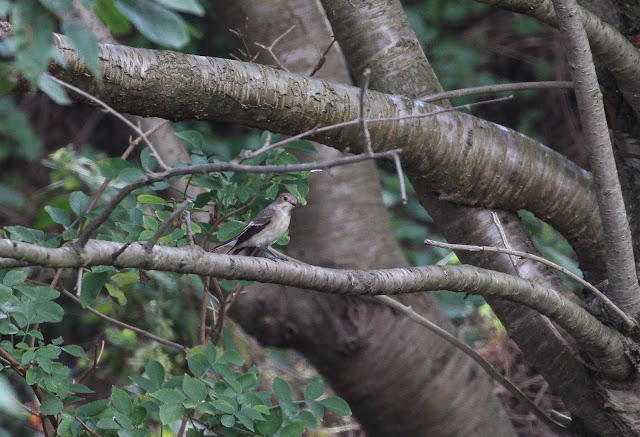 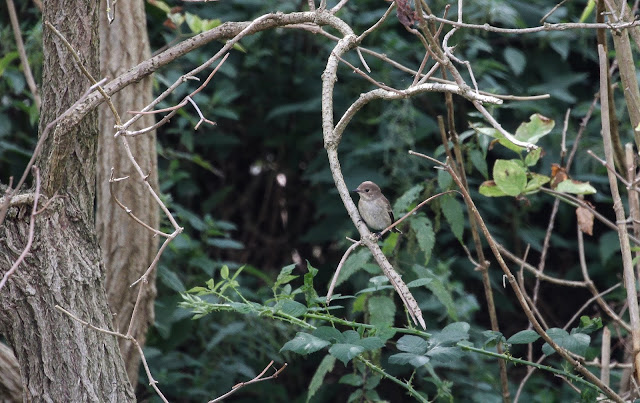 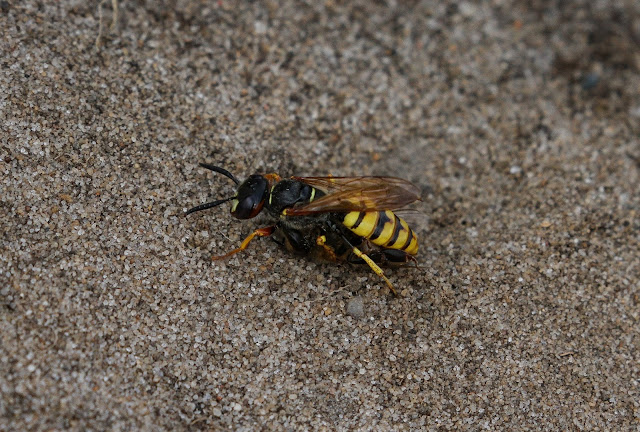