Saturday saw me heading out west and by mid-morning I was hiking out onto Roydon Common in search of odonata. Along the track a small number of Keeled Skimmers were probably the last of this years individuals. A Woodlark flew over calling and I added Yellowhammer and Green Woodpecker before getting to the spot I had directions to. Despite spending a good deal of time looking I was unable to find any Black Darters which were my main target. Ruddy Darters were everywhere including a very yellow-winged individual that had me going briefly! Emerald Damselflies were obviously 'out' and I managed to find a couple of Scarce Emerald Damselflies after much searching. Emperor Dragonflies, Black-tailed Skimmers and Four-spotted Chasers were over the pond and on the way back 5 Common Buzzards circled over. 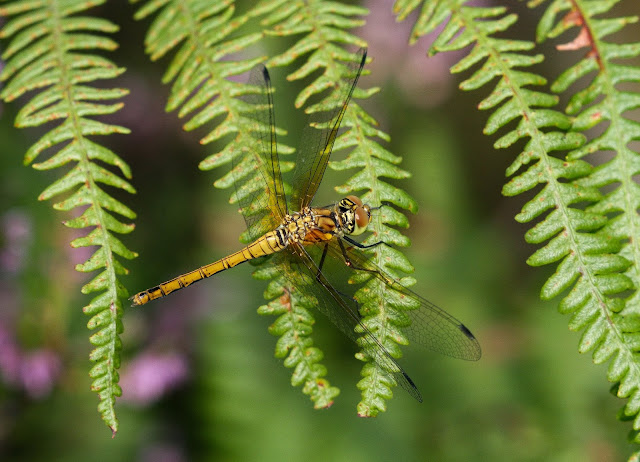 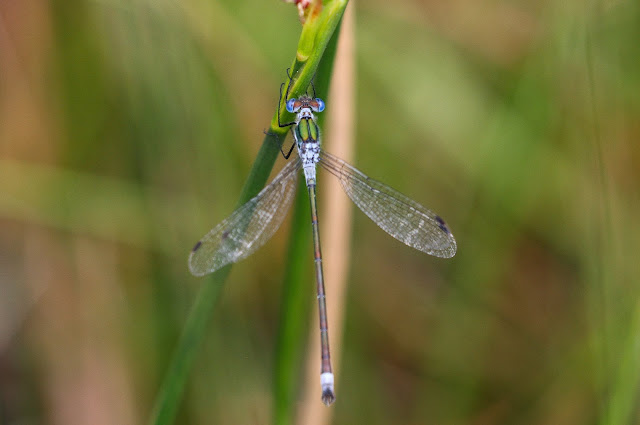 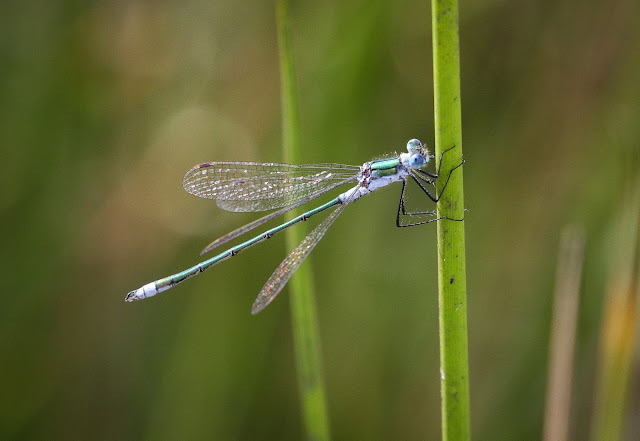 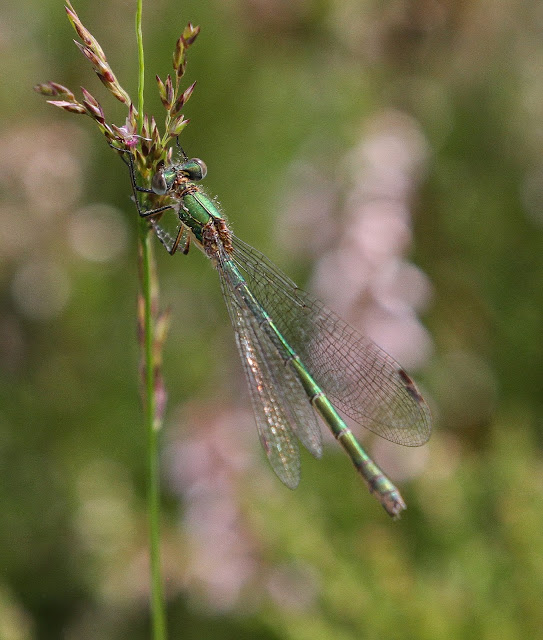 
My other site of the day was Dersingham Bog. Here it was a different story entirely as I found c6 Black Darters the minute I reached 'the spot'. They were all males and a couple posed nicely for photos. I then got onto a male Lesser Emperor over the pond which was a very welcome new Norfolk record for me. It was constantly being harried by a pair of Emperor Dragonflies and I lost it after a few minutes. The other highlight of a very nice walk were c8 Stonechats with at least three quarters of them being colour-ringed, including juvs. 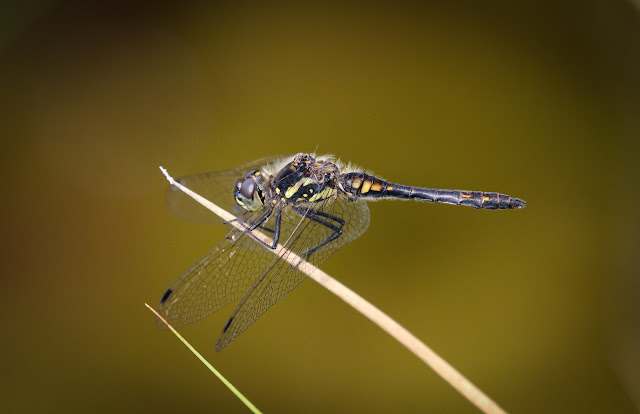 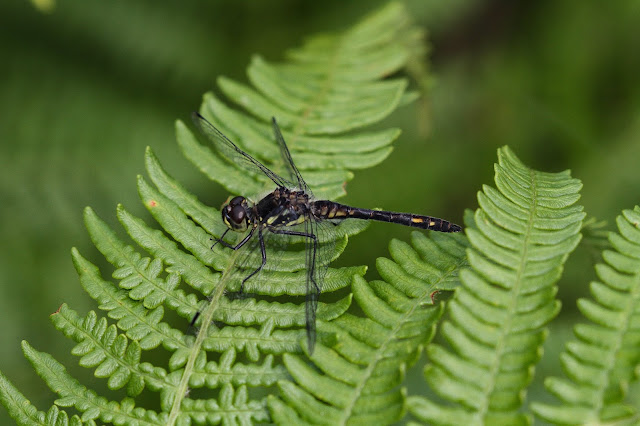 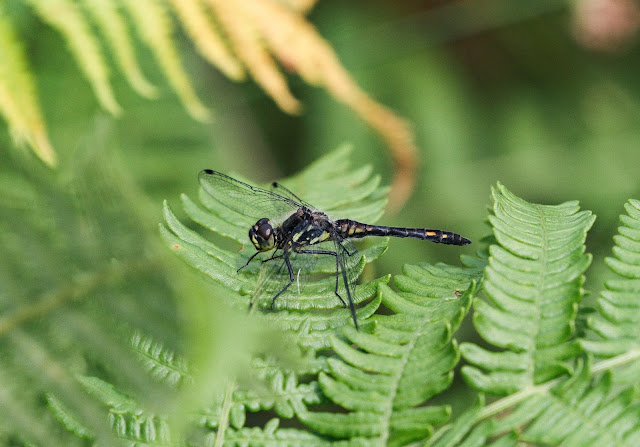 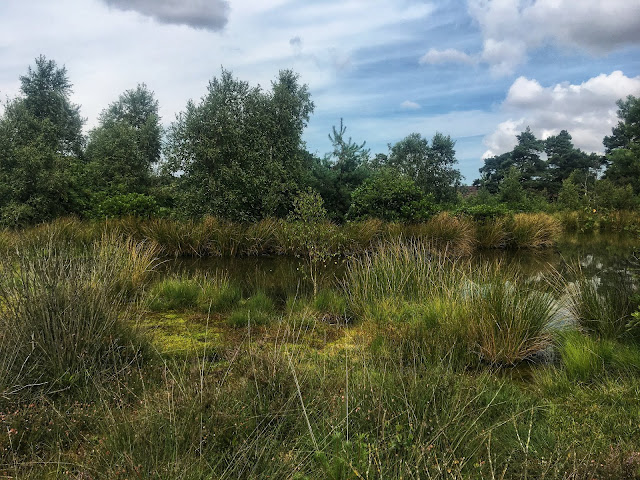 On the way home I called in to Scarning Fen where I failed dismally in finding Small Red Damselfly. I may have left it too late this year as I'm sure I usually go much earlier than August. 3 Marsh Fragrant Orchids and a few Common Spotted Orchids were hanging on and a good numbers of Harebells were looking lovely. 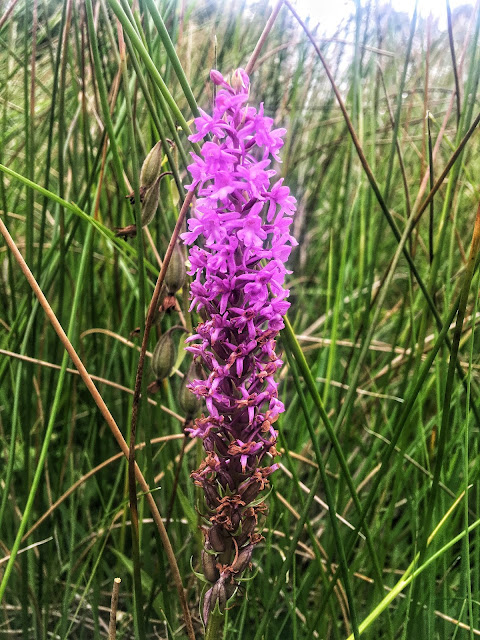 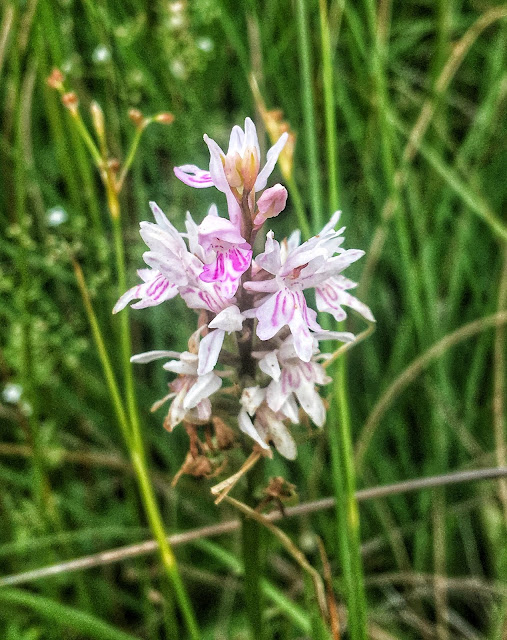 
Sunday saw me out with Jeremy and Matt where we went to see the Violet Helleborine var. rosea. It was still present and correct but not looking as good as it was a week ago. We also managed to find 13 Violet Helleborines at the next place we checked and this time most were in flower and looking good. 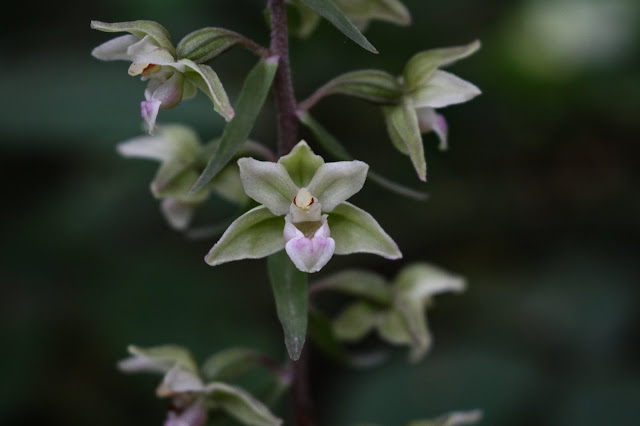 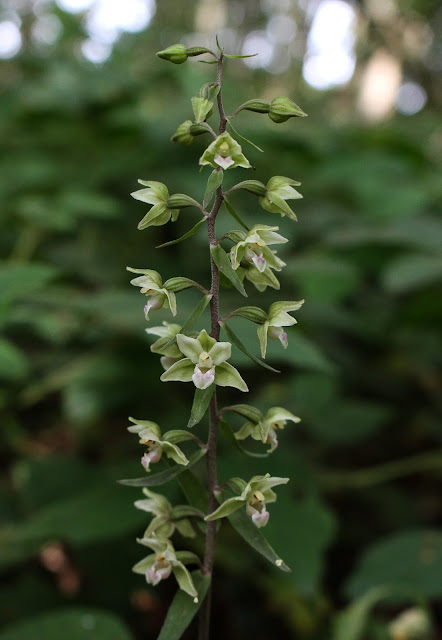 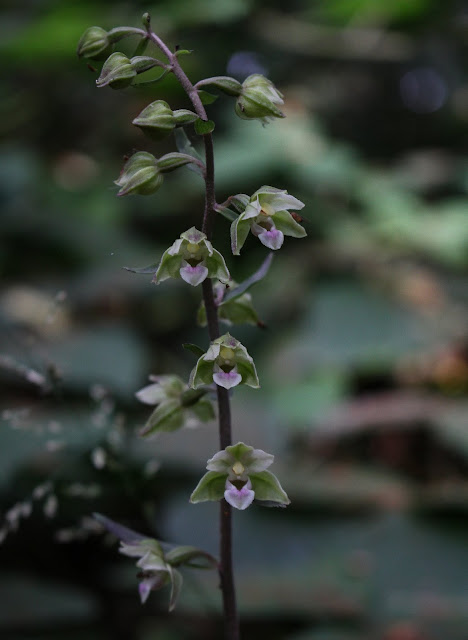 The rest of the day was spent in Belstead Brook CP on the edge of Ipswich were we couldn't locate any Brown Hairstreaks. Highlights were a bit thin on the ground but a nice fresh Brown Argus was nice and a Sparrowhawk shot through.
Posted by Chris at 18:21