With too many trips out and work getting in the way I've not had a chance to record all my sightings so here's a catch-up. It's predominantly of botanic interest again I'm afraid. Wildflowers and the steep learning curve I'm on are helping keep me sane during this strange period even if they're driving readers on here nuts!

Thursday 25 June
A lightening quick stop off at Dickleburgh Moor on the way home from work and a chance find of a superb Great White Egret plus 6+ Little Egrets, Stock Dove, Little Grebes and a new plant Amphibious Bistort.


Friday 26 June
After I'd finished work Belinda and I drove out to Gorleston. I wanted to see a certain plant species that Jeremy Gaskell had found and Belinda was easily bribed with the promise of a fish and chip supper! I quickly found the Small-flowered Catchfly colony which extended along a 10 meter strip and carefully photographed them while trying not to kneel in dog shit. Keeping them company was a nice patch of Haresfoot Clover. Our fish supper on Gorleston cliffs overlooking an almost deserted beach was lovely, and a fitting way to start the weekend.

Sunday 28 June
After a blank Saturday we headed off to the coast at Covehithe/Benacre for a walk down to Benacre Broad. The clifftop flora here is superb at the moment and along the eastern edge of a field of Lucerne I found Crimson Clover, Sand Lucerne, Scarlet Pimpernel, Sainfoin and ever better - the rare Fodder Vetch. At the time I dismissed it as Tufted Vetch but later realised they were different and the habitat all wrong for TV. Further along a Common Blue Sowthistle plant was in full flower and then down at the broad we were entertained by the nesting Little Terns. An adult Mediterranean Gull flew over and Avocets were along the near edge with their young.
We made a couple of quick stops on the way home - the first at a RNR at Henham where I found Orpine plants but they weren't yet in flower.
The other stop was at Winks Meadow where the Frog Orchids have died off but I did find Spiny Restharrow, loads of Sulphur Clover and a few Pyramidal Orchids, some of which have now spread into the orchard. Best of all however was a female Yellow Wagtail by a puddle on the concrete pad as we arrived. White Stonecrop is also growing in the cracks of the concrete, a typical habitat.

Tuesday 30 June
I'd read that Billingford Common holds the scarce and declining Large-flowered Hemp Nettle so I called in on the way home from work as it was almost en-route. No luck with the nettle (I may be too early) but Pink-sorrel, Musk Mallow, the white form of Hedgerow Cranesbill, Meadow Vetchling, Essex Skippers and a hugely impressive stand of huge Cotton Thistle kept me amused.  Investigating some roadside flowers by the A140 revealed Broad-leaved Everlasting Pea and several Pyramidal Orchids (as the traffic whizzed past my earhole!)

Wednesday 1 July
Another quick afternoon pop out - this time to Langley near Loddon. Jane Ferguson had kindly given me directions to a patch of Small Balsam which I found easily. While there I also found an unfamiliar willowherb which has turned out to be Square-stalked Willowherb. 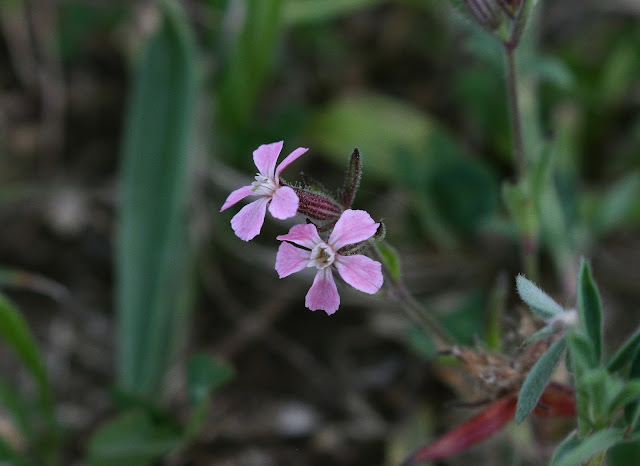 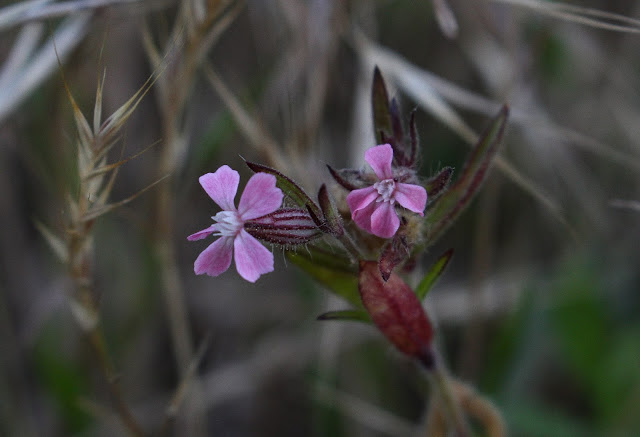 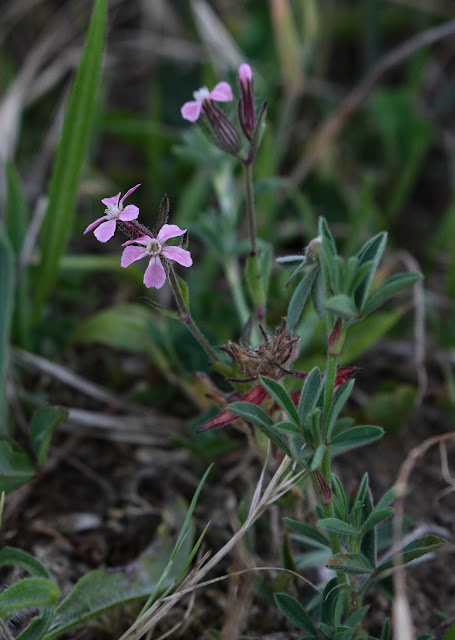 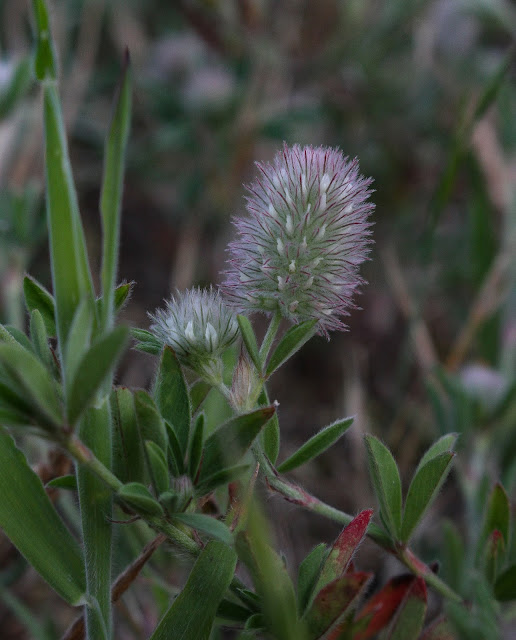 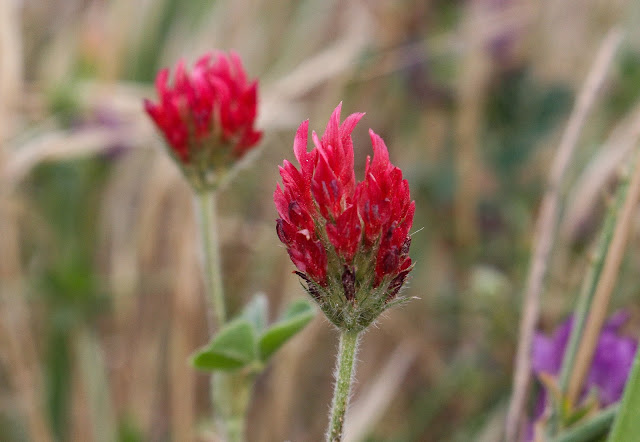 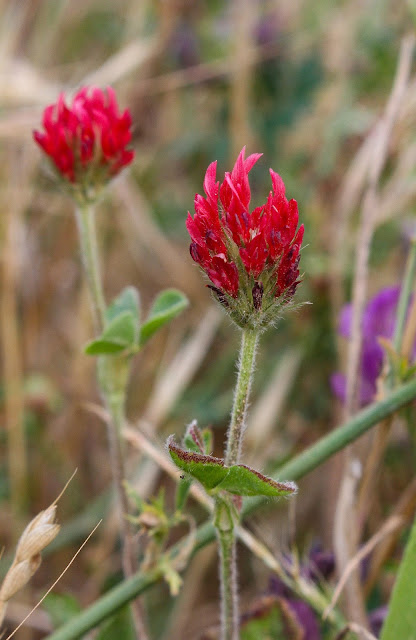 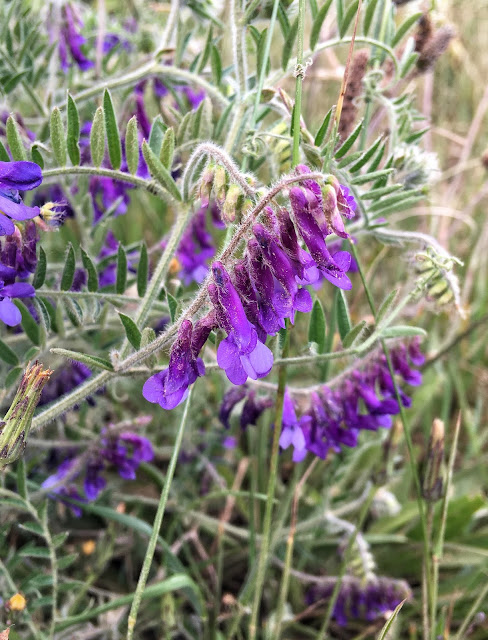 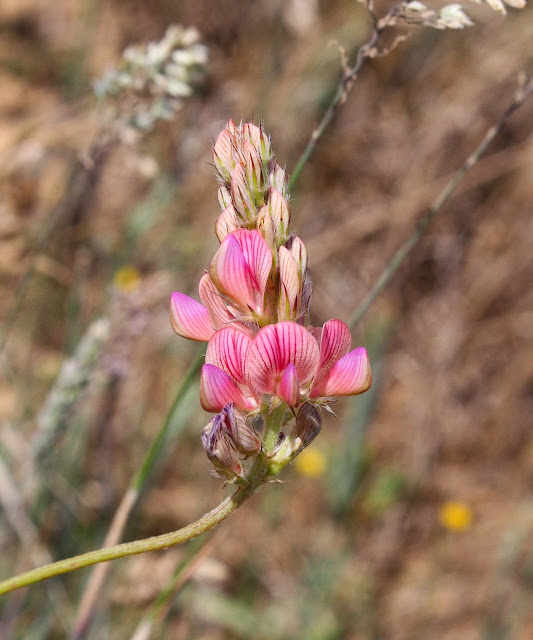 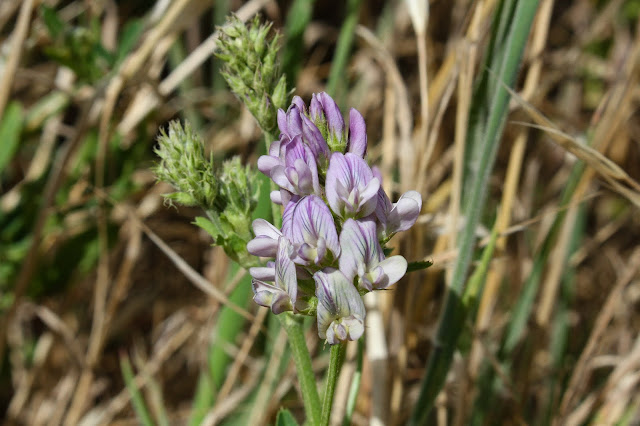 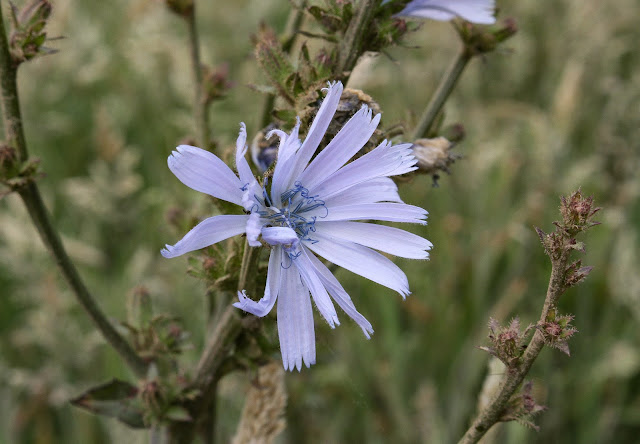 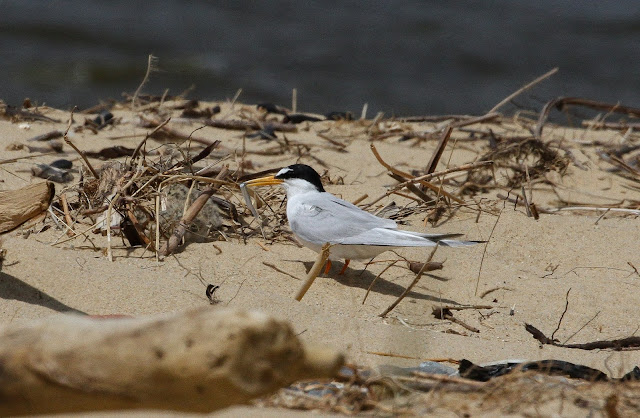 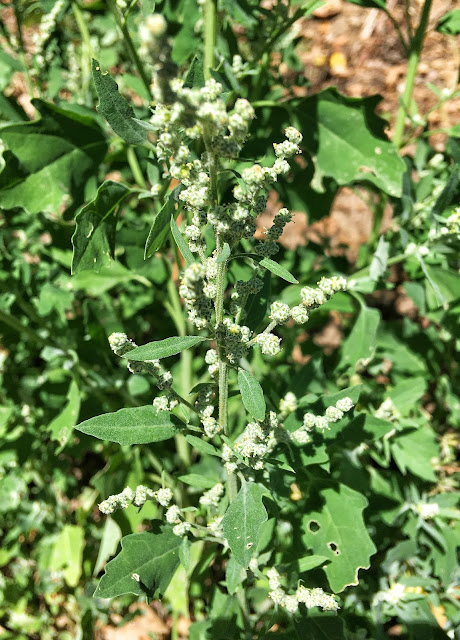 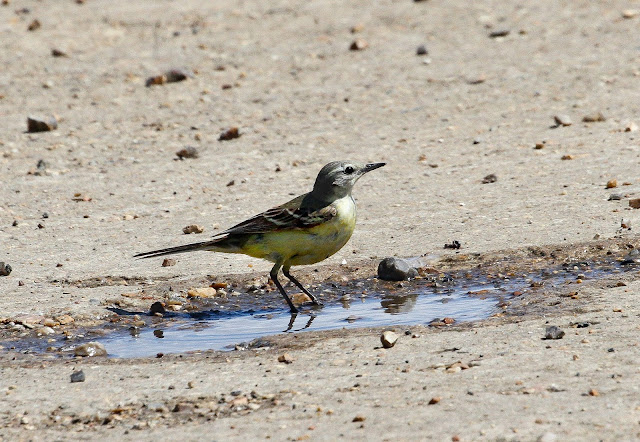 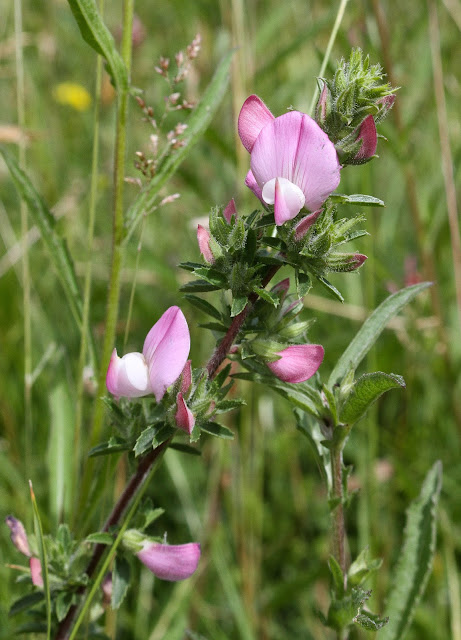 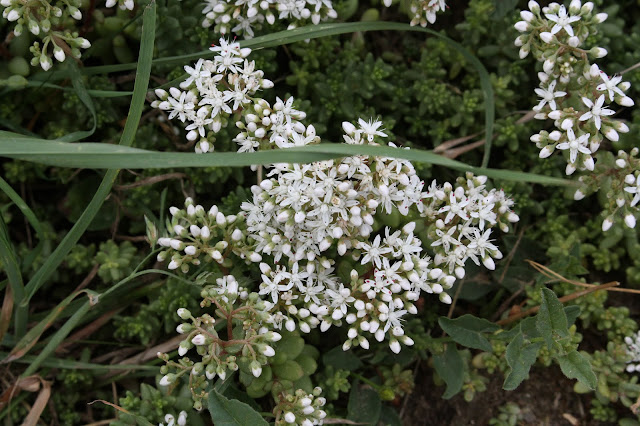 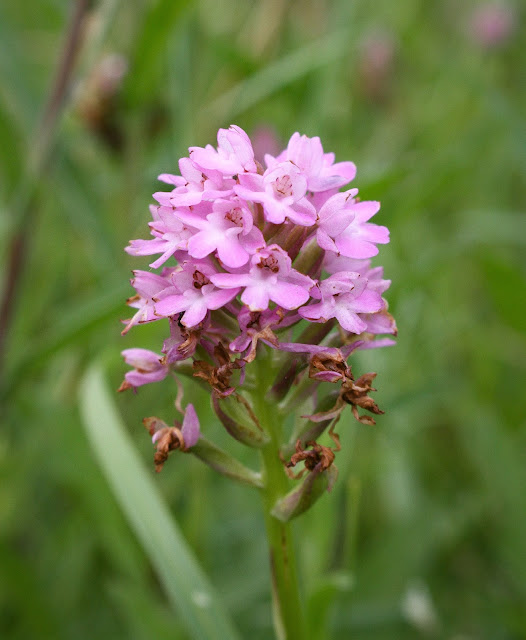 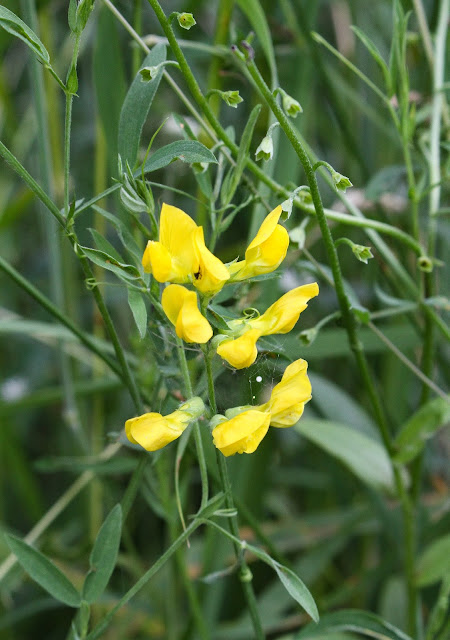 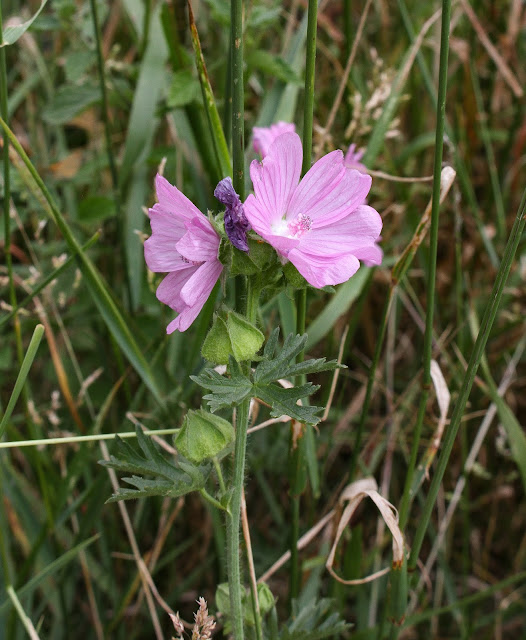 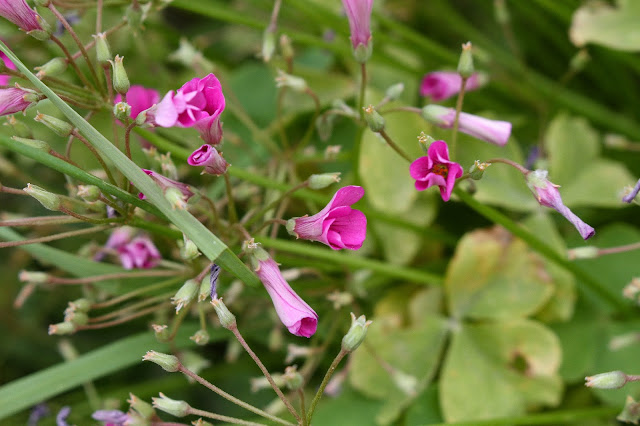 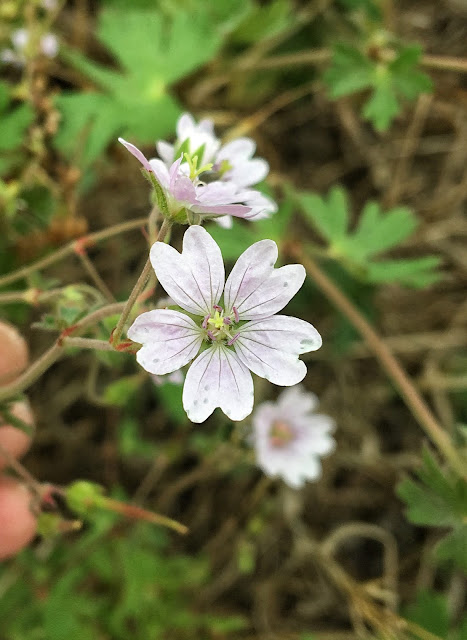 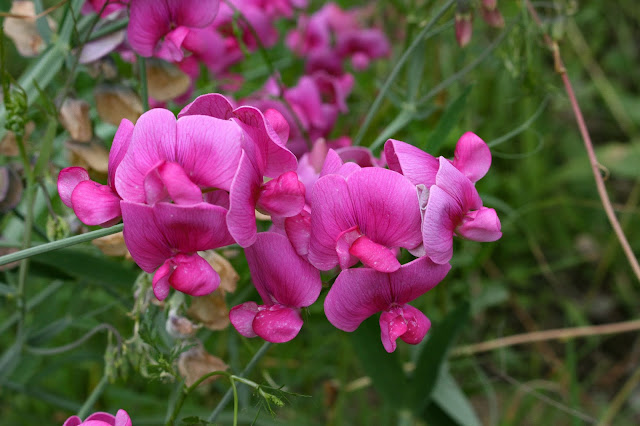 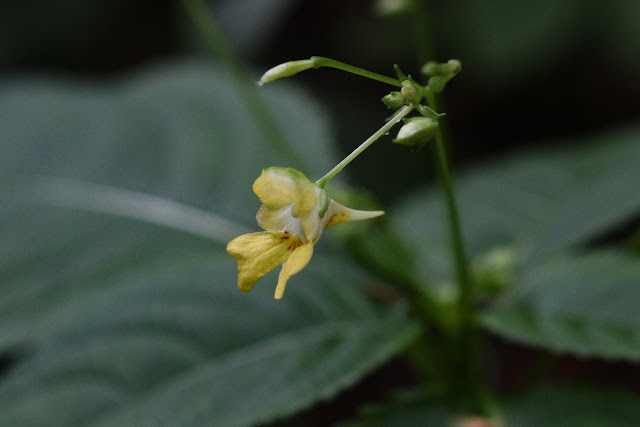 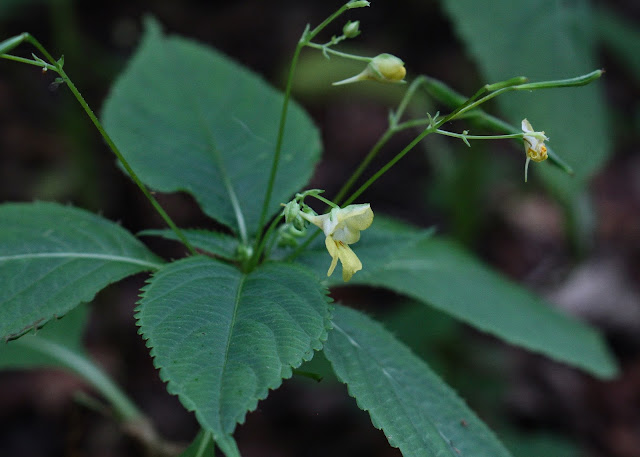 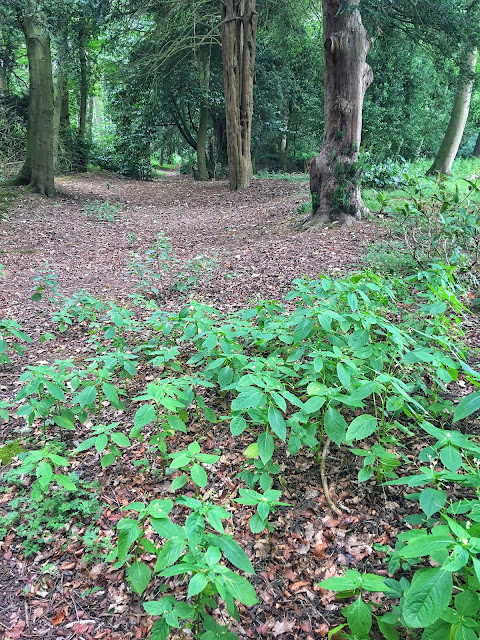 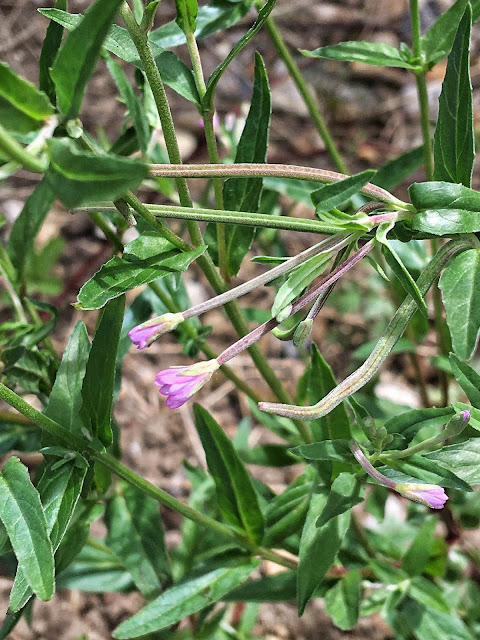 Square-stalked Willowherb
Posted by Chris at 16:20