My now annual spring trip to Kuwait was in its 4th consecutive year and this time the tour was enjoyed by an extended group consisting of 3 Finns, 3 Germans and a Dane. A truly multi-national week!


Despite participants arriving at different times from different places our rendezvous at the airport went well. We had soon met our local guide and were straight into birding. 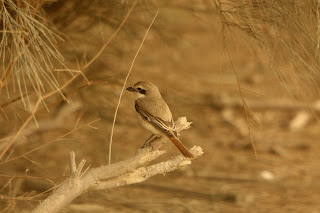 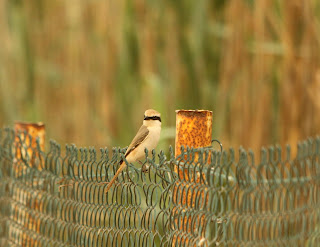 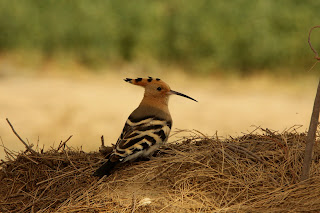 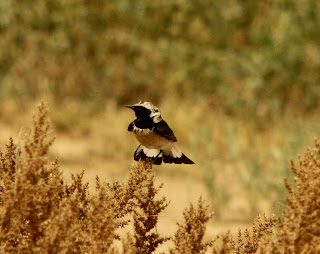 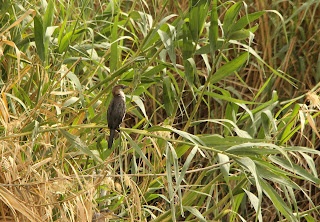 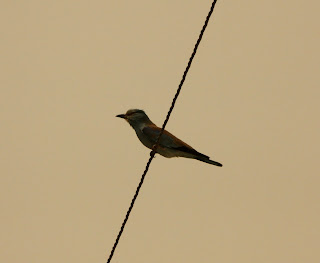 European Roller, Pivot Fields
Our next destination was the very un-Kuwaiti sounding Manchester Club on the southern edge of Kuwait Bay. Waders are the main attraction here with Crab Plover being the really sought after species. We were lucky enough to find 3 hiding amongst the other waders, terns and gulls. The pick of the other sightings here were c50 Terek Sandpipers, c10 Lesser Sandplovers, c6 Kentish Plovers, Avocet, Black-winged Stilt, c4 Whimbrel, Wigeon, Shoveler, several Caspian and Gull-billed Terns, a single dark morph Western Reef Heron amongst numerous Slender-billed Gulls. 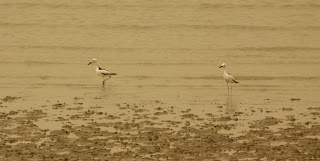 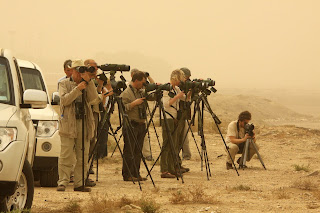 Tour Group, Manchester Club
Our final site of the day was one of my personal favoutites - Jahra Farms. This area of small holdings in the centre of busy Jahra has a great reputation for harbouring migrants and today we had a good selection - c12 Grey Hypocolious were very welcome being high up on everyone's target list. A male Semi-collared Flycatcher showed well as did Masked Shrike, c8 European Bee-eaters, White, Grey and Yellow Wagtails (feldegg and beema), c8 Tree Pipits, c3 Red-throated Pipits, Hoopoe, Blackcaps and Chiffchaffs. A very interesting looking brown chiffchaff flew from where it was being watched by the German guys and settled in to a palm right next to me. It proved very interesting indeed - a very distinctive Mountain Chiffchaff. Also seen were the resident White-breasted Kingfisher, Bank and Common Mynas. 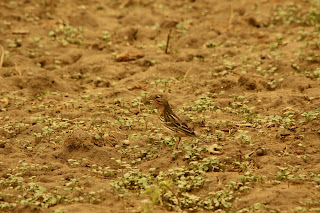