Having caught up on some sleep day 2 dawned with us all feeling a bit more refreshed for our 06.00 start. Our first aim for the day was to visit the isolated area of farms out in the western desert at Al Abraq. Being surrounded by mile upon mile of hot a featureless desert getting there can be a tricky undertaking if you don't know it. Even then it involves a drive of the last few miles over open sandy desert making a 4-wheel drive vehicle essential.
We arrived after finding the area rather windblown but quickly settled into a thorough working of the area for migrants.  Things took a while but with work we winkled out some great birds - both male and female Menetries's Warblers and Upcher's Warbler were the highlights but 5 Grey Hypocolious, Wryneck, 3 Hoopoes, c3 Redstarts, Rufous Bush Robin, several Tree and Red-throated Pipits, Yellow Wagtails (feldegg, beema and lutea), Song Thrush, c35 Short-toed Larks, 2 Ortolans, Spanish Sparrow, Daurian and Masked Shrike vied for attention. A call from the Austrians had us hot footing it to the edge of southern fields where a grey eastern race Grasshopper Warbler eventually showed superbly. Non passerines included Crag Martin, Green Sandpiper, Collared Pratincole, Squacco Heron, Steppe Buzzard, Marsh Harrier, 2 Montagu's Harriers and a Sparrowhawk. 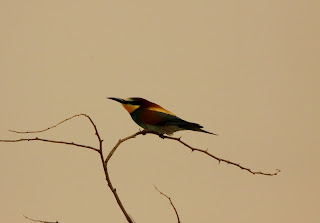 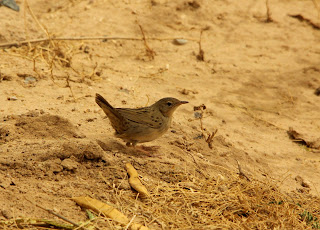 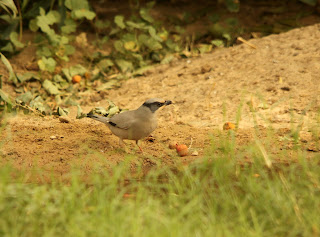 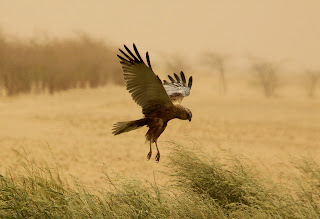 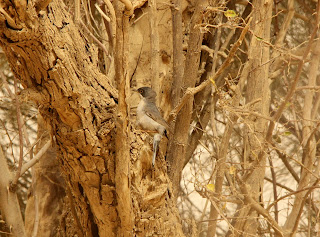 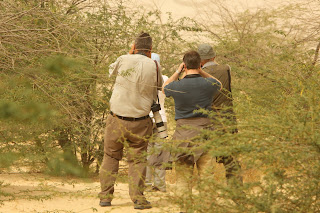 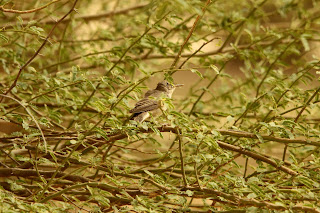 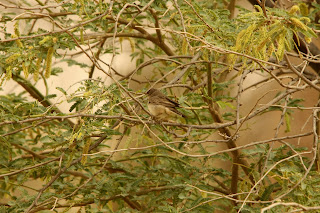 Upcher's Warbler, Al Abraq
After leaving the farms and getting back onto the tarmac we spotted a Steppe Grey Shrike beside the road and were amazed that in flight alongside our moving car the bird flew at c70 kph!
Our main aim for the afternoon was to undertake the long drive south to Zour Port, a Chevron owned oil installation. En-route however we stopped at the coastal town of Fahaheel which provides a good view of the sea and some offshore concrete reefs. A white morph Western Reef Heron showed very closely on the edge of the marina but this was eclipsed by great views of a single Swift Tern on a offshore platform alongside 3 Lesser Crested Terns allowing easy comparison. 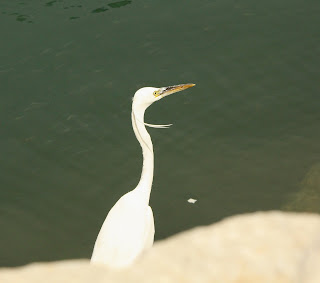 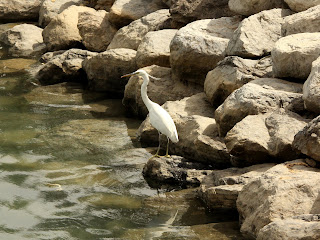 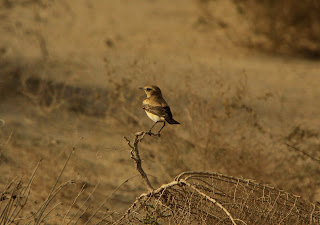 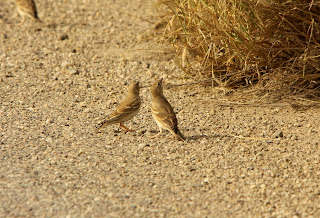 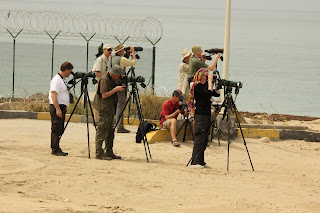 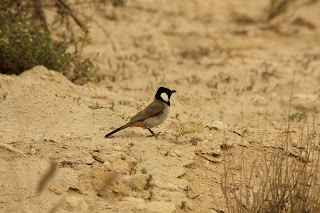