I resisted the temptation to have a Sunday lay-in and set my alarm for a nice early start to drive across to Santon Downham. About halfway there I realised I'd left my coat at home and with temperatures down to minus 2 when I arrived it wasn't ideal!

The drive gave me yeartick no.150 in the form of a Little Owl, 2 Roe Deer near Garboldisham and an amazing 100+ Red Deer near Rushford after which I walked the river bank path in the crisp frost. Kingfisher, a few Siskins and a squealing Water Rail were clocked up on the way together with Song Thrush and several calling Nuthatches. Bumping into Ashley Banwell for a quick chat I arrived at 'the spot' and after some great views of an Otter by some fallen trees in the river and several Great Spotted Woodpeckers I eventually got onto 2 Lesser Spotted Woodpeckers albeit a little way away, they chased each other around from tree to tree but were gone again in a flash. Treecreeper, several Redwings and Marsh Tit were added and the Otter remained ever-present often fishing and frolicking just 10 feet away! 2 Nuthatches were visiting a feeder in the village on the way back enabling a quick photographic stop.

I moved on to location no.2 next where I spent about and hour and a half managing to see 2 Goshawks, 1 Red Kite, c15 Common Buzzards, 1 Sparrowhawk and 2 Woodlarks.

Back home in the afternoon a walk with Belinda in the Waveney Valley near Mendham the usual small group of c12 Barnacle Geese were with Canada Geese, several Fieldfares were chacking in the trees and a male Bullfinch showed nicely. 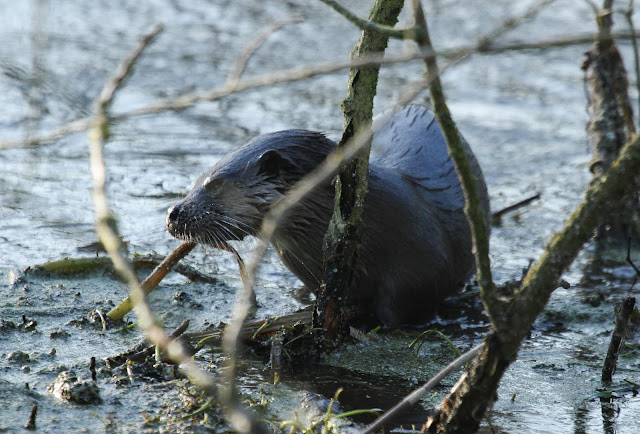 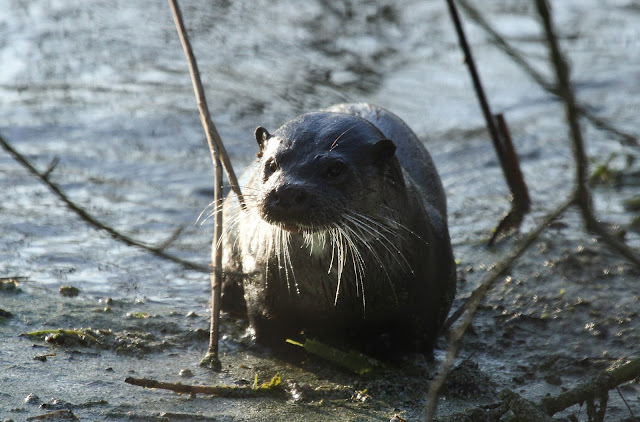 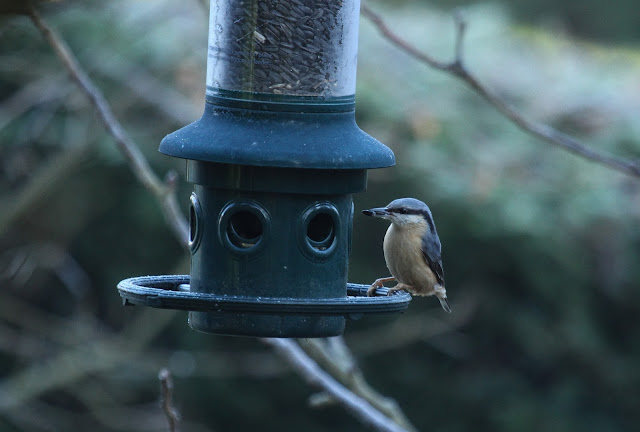