I headed south down the A140 to the Ipswich area today. Before I indulged in some 'parklife' I made my way through the lanes to Levington Creek on the north side of the Orwell. I was greeted by Paul Holmes who told me a Siberian Chiffchaff had been found at the head of the creek. That was a bonus as I'd not come for that! It was 'lost' but after a couple of Chiffchaffs and Goldcrests and a Song Thrush I soon re-found the Sibe and it gave some nice views but refused to call. With some great directions from Paul I set out on a walk in the rain (not forecast!) and soon found 3 Water Pipits, at one point all perched in a row on some low posts on the edge of the saltmarsh. Several Rock Pipits were around too as well as a single Grey Plover amongst a small group of Black-tailed Godwits and Redshank. A Common Buzzard, c120 Golden Plover and loads of Knot flying in on the rising tide concluded things before I headed into town. 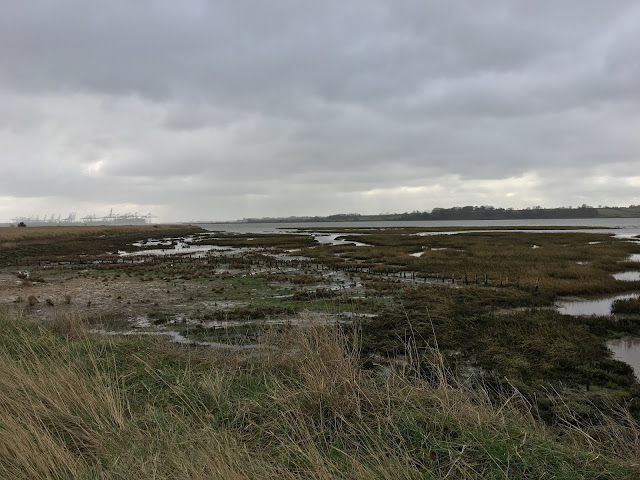 My destination in town was Christchurch Park. Unlike Blur I didn't feed 'the sparras and the pigeons too' but did see the 2 Goosander (a pair), c12 Mandarin, Little Grebe, 3 Stock Doves, Cormorant and 2 Brown Rats amongst the selection of dubious wildfowl. On the walk back through the park a flock of c30 Redwings were constantly being flushed by dogs with inconsiderate owners throwing balls where they could see I was trying to photograph. Nuff said! One looked distinctly like an Icelandic Redwing - photo below 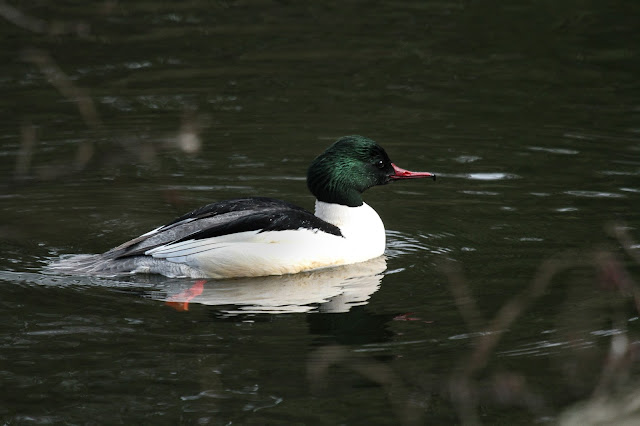 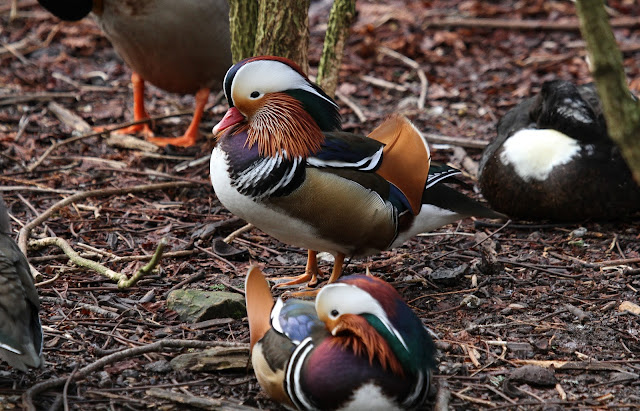 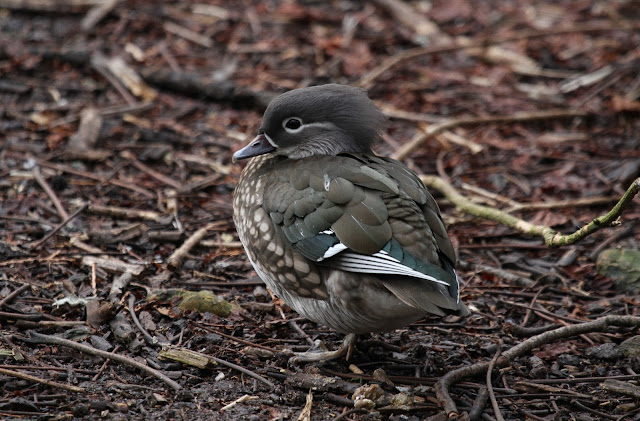 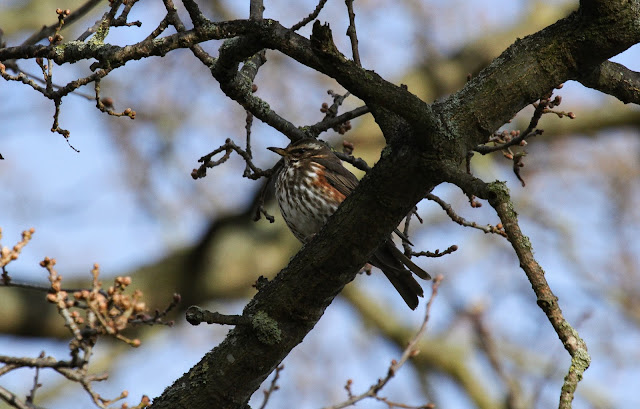 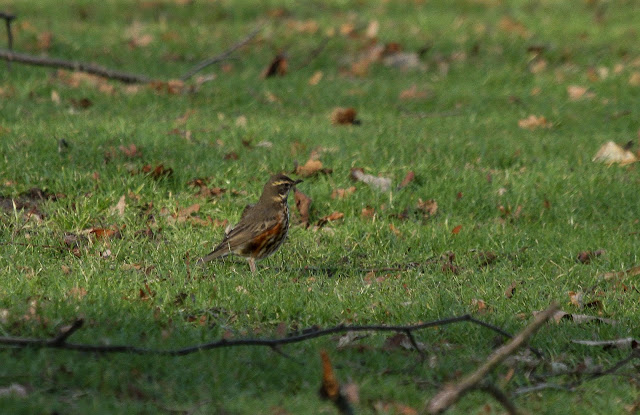 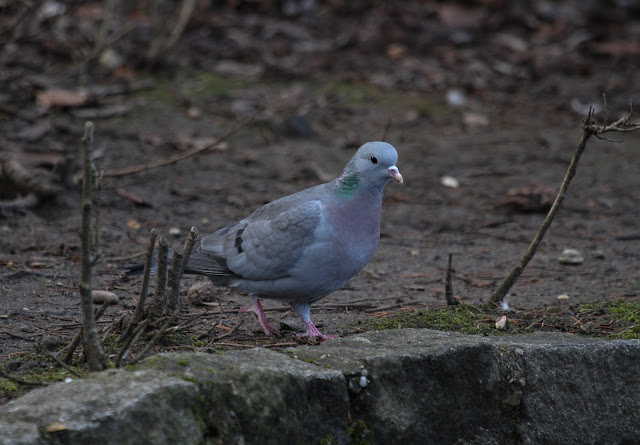 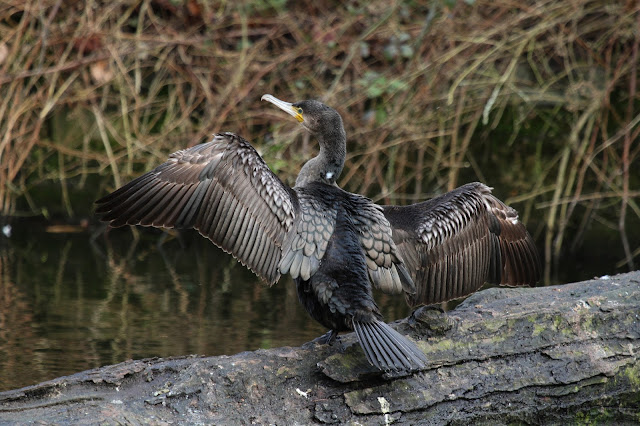 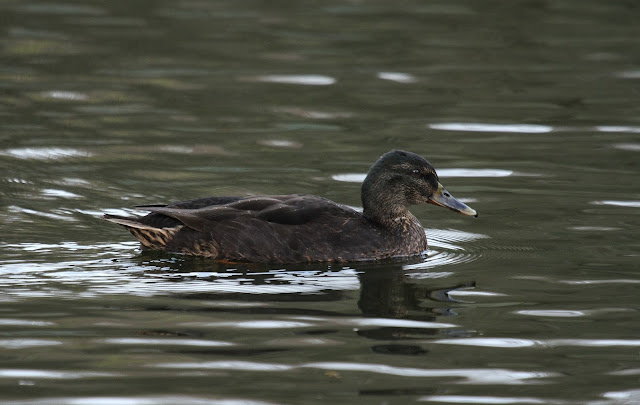