With an enforced few days off from birding it was nice to get out again today and mop up on a few selected yearticks and long-staying goodies.
After a couple of work-related appointments I headed for the coast quickly finding the 14 Bewick's Swans that have set up winter residence by the B1125 between Westleton and Blythburgh. I took a few pictures from distance noting just 1 juvenile with 13 adults. 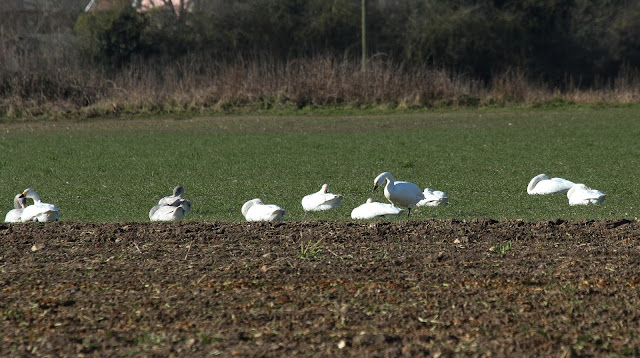 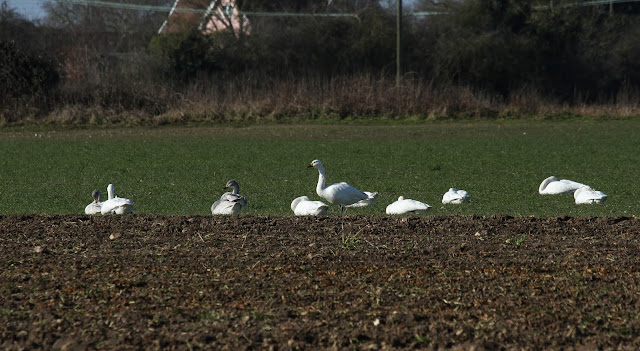 Next up was Minsmere where I managed to miss the Glaucous Gull by seconds as it flew along the beach going north (thankfully I've already seen it!), bumping into Pete Ransome we eventually managed to see a single redhead Smew after Pete picked it up at distance on East Scrape looking from the mound near the dipping pond. Apart from 4 Pintail, a male Stonechat at the end of North Wall and a Bullfinch that was about it. 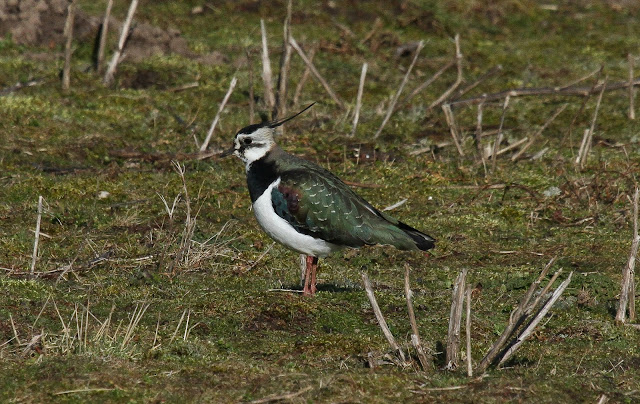 My next port of call was Easton Bavents where I'd prepared myself for a long walk but was very pleasantly surprised to find a finch/bunting flock only just east of Bavents Farm containing my target, c25 Tree Sparrows plus c40 Yellowhammers, c30 Reed Buntings, c20 Chaffinches and a few House Sparrows.

I finished my short day at Wrentham where I was delighted to find the 'resident' presumed escaped Black Kite within just 5 minutes circling over the wood at Priory Farm. Despite it's providence I'd been wanting to see it for ages but never properly looked. The light was nice for getting some shots of it too. Being a rather rufous individual it's presumably of one of the eastern races. 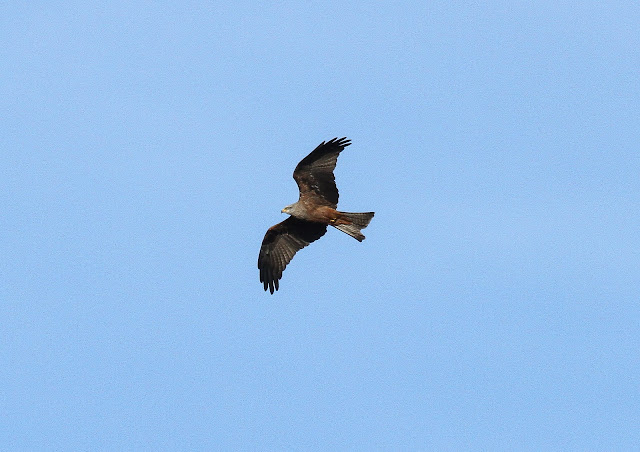 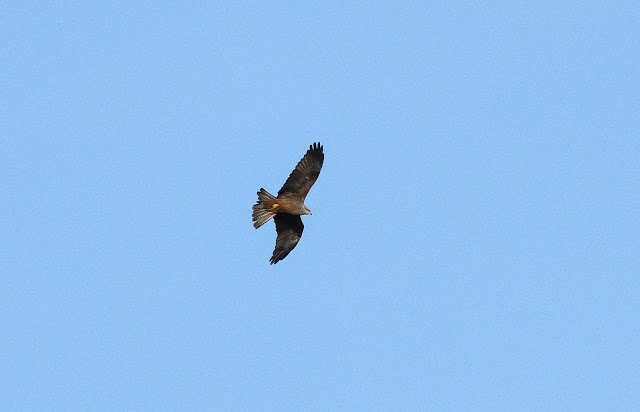