After a very windy night it was nice to see some seabirds blown into the bay from our balcony - 6 Shy Albatrosses, several Cape Gannets and a single White-chinned Petrel!

As it was only a few hundred yards from our guesthouse in Betty's Bay it would have been a shame not to visit the Harold Porter Botanical Gardens before we began our long drive to Grootvadersbosch.
It was like a miniature Kirstenbosch and we gave it a thorough going over including the waterfall and upper slopes between the 2 'kloofs' (valleys). I failed to find Victorin's Warbler but did manage c4 Cape Siskins. Down in the gardens themselves we had Brimstone Canary, Cape Canary, Cape Rock Thrush, Orange-breasted Sunbird, Southern Double-collared Sunbird, 2 Cape Sugarbirds, Cape Wagtail, 2 Swee Waxbills, 2 Olive Thrushes, Cape Bulbuls, Laughing Doves and a huge flock of c500 Red-winged Starlings overhead. 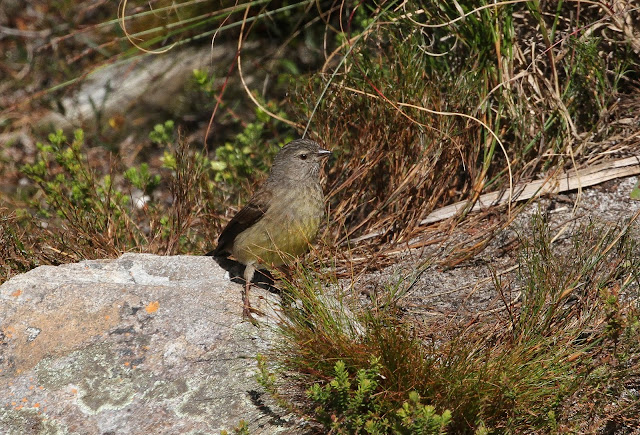 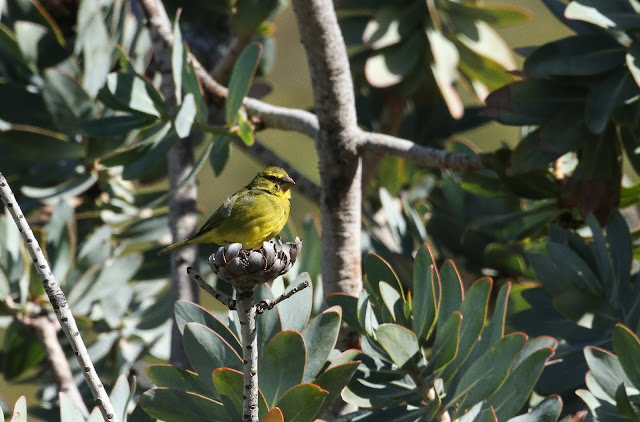 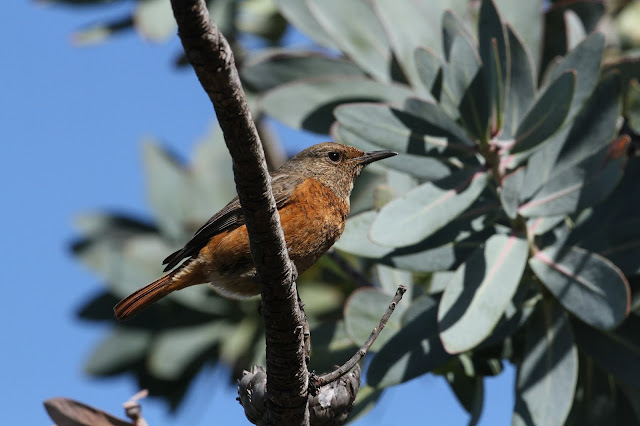 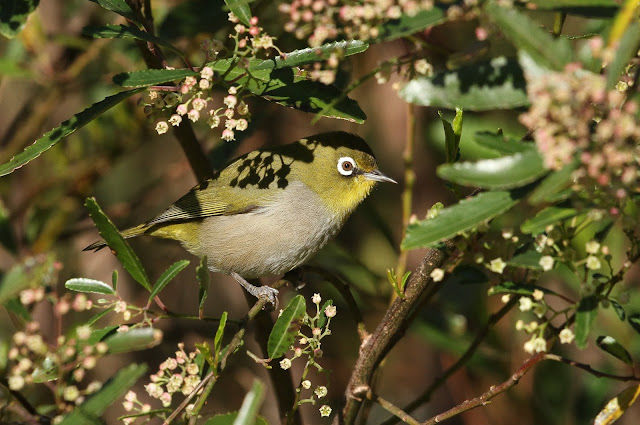 
We then made our way on a longish drive to Grootvadersbosch through rolling farmland. En-route we saw several Spur-winged Geese, c10 Blue Cranes, Cattle Egrets, 1 African Fish Eagle, 4 Cape Crows (including one on a nest on a telegraph pole), Cape Longclaw, Southern Red Bishops, Yellow Bishops and a pair of Grey Rhebok as we neared our destination. 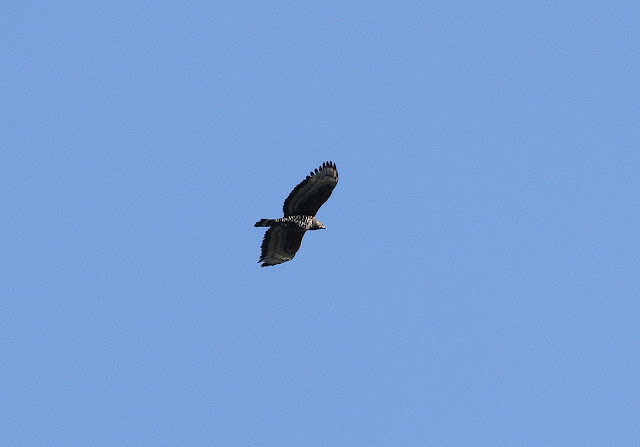 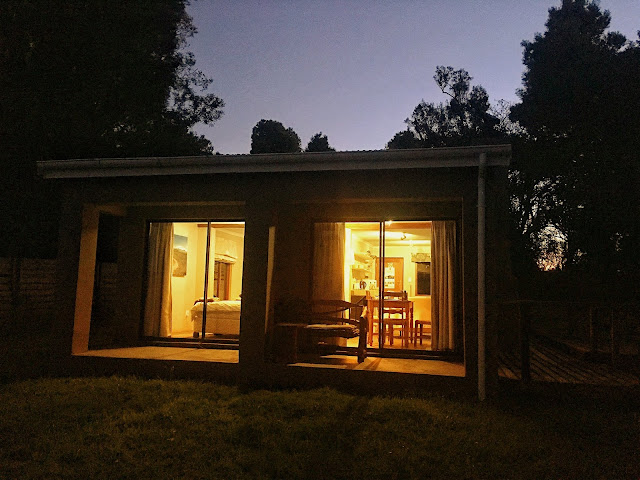