We left the Bramasole Guesthouse after breakfast and began the journey south to Graskop with a few stops en-route.

The first was at the impressive Strydom Tunnel where I found the described spot by a roadside curio stall and was quickly joined by the local guide! Sadly, despite our best efforts we were unable to find any of the target Taita Falcons which was a bit of a blow. The guide did however rescue the day by finding me a singing Striped Pipit which would mean I didn't have a single day without at least one lifer! We also had a Peregrine around the cliffs plus a Cape Vulture, 2 Black-backed Puffbacks and a White-bellied Sunbird before I tipped the guide and we moved on.

We spent the rest of the day at various scencic tourist sites in the Blyde River Canyon area (The Three Rondavels and Bouke's Luck Potholes)  so birding opportunities were limited. I did however score with Southern Anteater Chat plus 2 Cape Rock Thrushes, Mocking Cliff Chat, Yellow Canary and 2 White-necked Ravens.

While driving during the day I added European Roller to the trip list and also saw White-crested Helmet Shrike, Southern Yellow-billed Hornbill and Common Fiscal of note.

After checking in at the Zur Alten Mine guesthouse just outside Graskop a walk nearby produced African Stonechat, 2 Drakensberg Prinias, several Speckled Mousebirds and c8 Swee Waxbills. 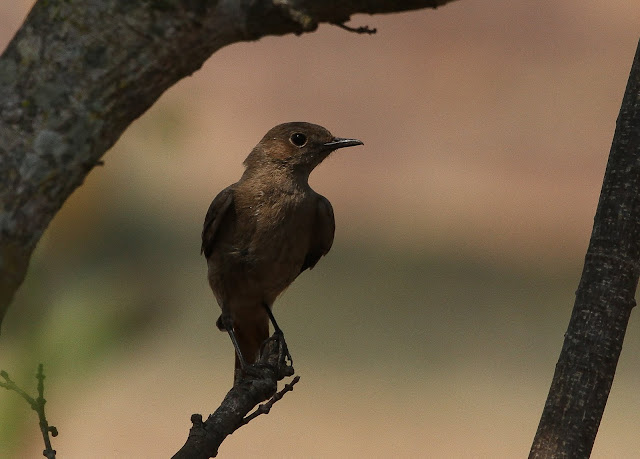 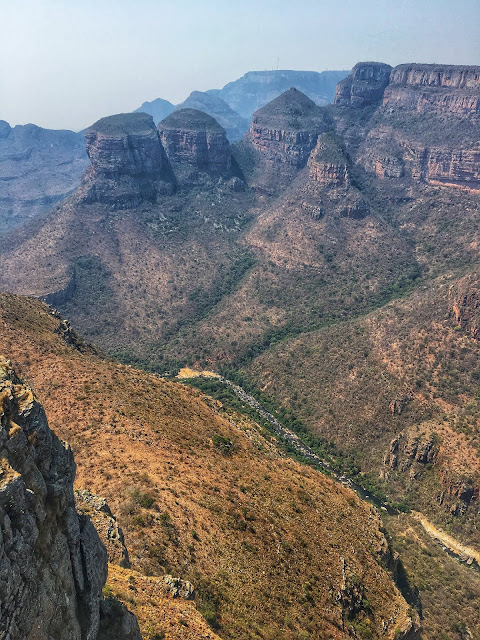 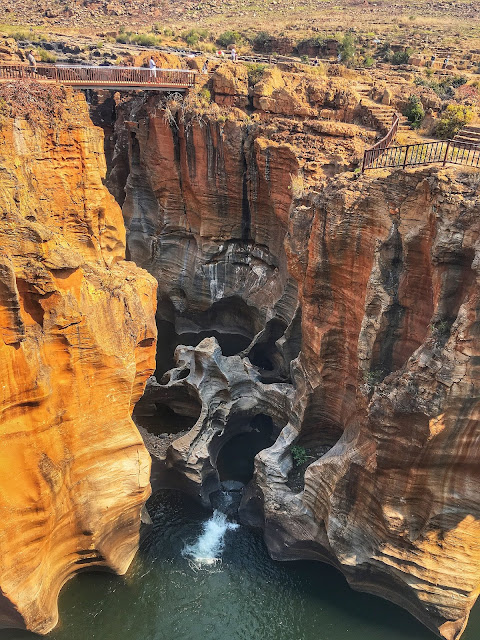