A day that involved a lot of driving with just a little birding en-route. We were re-locating to the west coast so left the guesthouse after an early breakfast to get on the road. On the way out of the NP however I scored with 4 South African Shelduck (rather better than the one at Cley back in the spring!), 2 Pale Chanting Goshawks, Booted Eagle, Greater Kestrel, 2 Cape Crows, Capped Wheatear, Yellow Canary and a superb Fairy Flycatcher in roadside bushes when I'd stopped for one of the goshawks. Those same bushes held a Marsh Warbler! 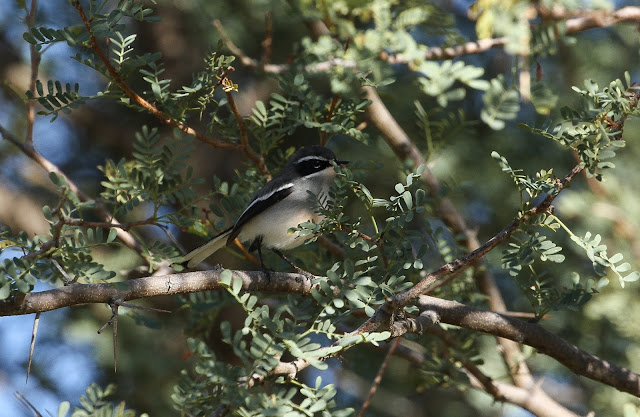 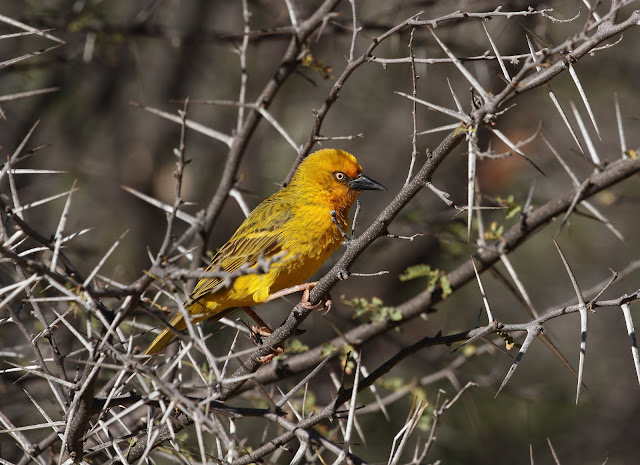 One last stop just before the gravel roads turned back to tarmac yielded a nice Layard's Warbler on a rocky slope and a little further on towards Ceres a magnificent Martial Eagle glided high over.

On the long drive west to the coast we had 3 Black-shouldered Kites, Grey-winged Francolin, several African Swifts, 2 Blue Cranes, 1 Black-headed Heron, 4 Spur-winged Geese, Blacksmith Plover, Cattle Egrets, Rock Kestrel, Common Fiscals, Red-winged Starlings and African Pied Starlings before we pulled into a grey, windy and rainy Yzerfontein, our home for the next 2 nights. We braved the conditions for a walk along the seafront and around a rock headland in front of our digs. African Black Oystercatchers, Crowned Cormorants, White-breasted Cormorant, Cape Wagtail, Red-eyed Dove, Speckled Pigeon, Laughing Dove, Cape Robin-chat, Hartlaub's Gulls, Kelp Gulls and Common Starlings were our reward.

That night we drove out in monsoon conditions to a strange restaurant (the Kaijaiki Country Inn) that was more like a museum! 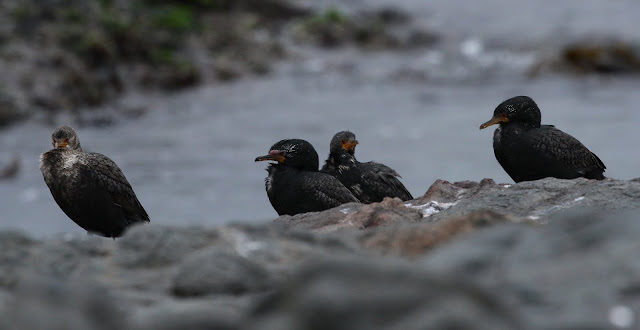 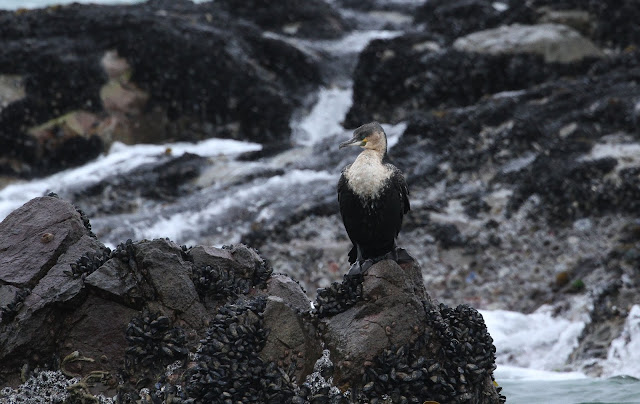 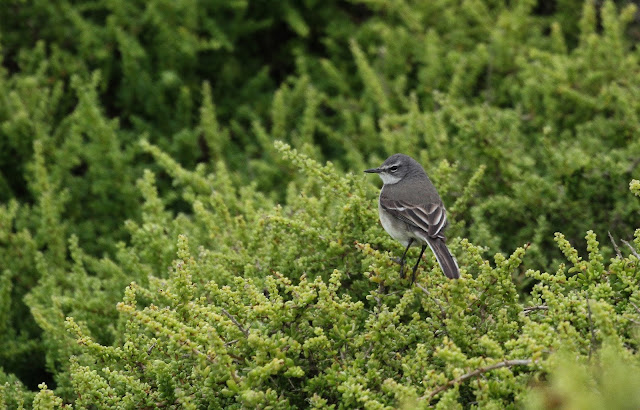 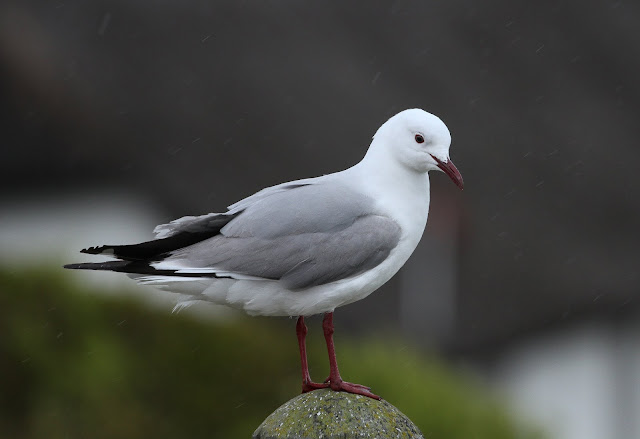 Hartlaub's Gull
Posted by Chris at 19:56