We began today by checking out of A Boat House in Simon's Town and driving up to Table Mountain via the Chapman's Peak coastal pass. En-route a Booted Eagle was perched above the opass before we joined the throngs on Table Mountain.
The queue was long so getting online we managed to get online tickets and beat the queue!  The ride up the cable car was spectacular as were the views from the top but being a tourist destination there were people everywhere. Doing our best to avoid people I managed a couple of Neddicky, 3 Orange-breasted Sunbirds, Karoo Prinias, Olive Thrush, Familiar Chat, Cape Sugarbird and then a fly-by from a pair of superb Verreaux's Eagles before we descended. 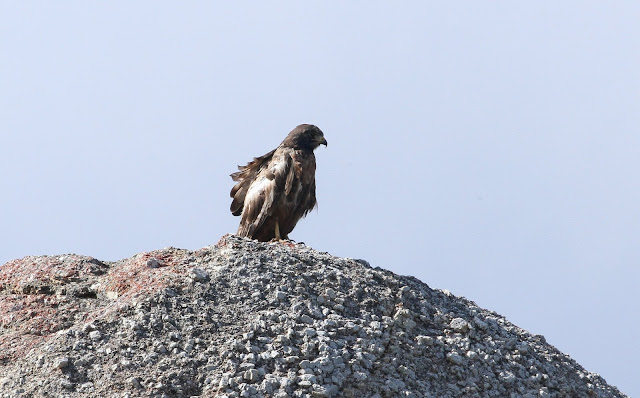 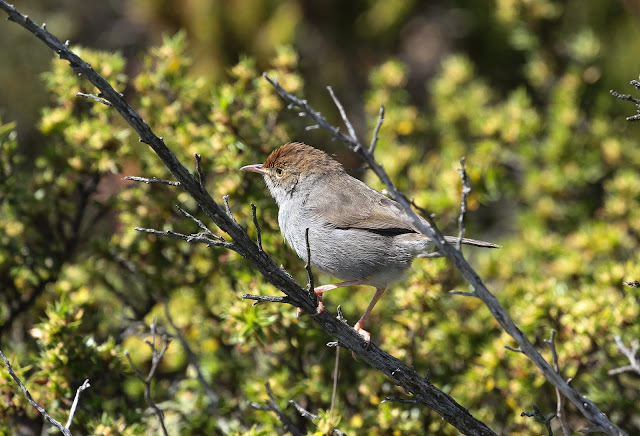 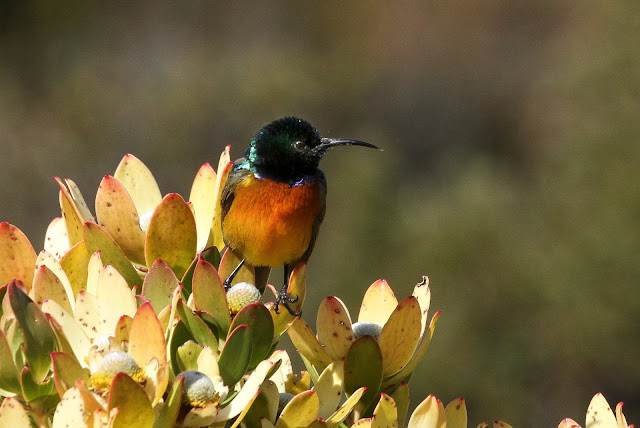 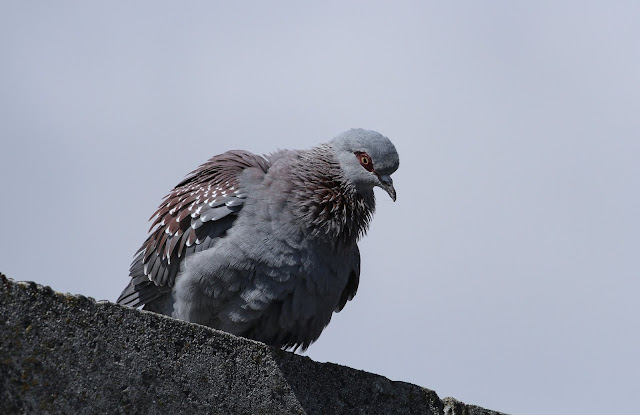 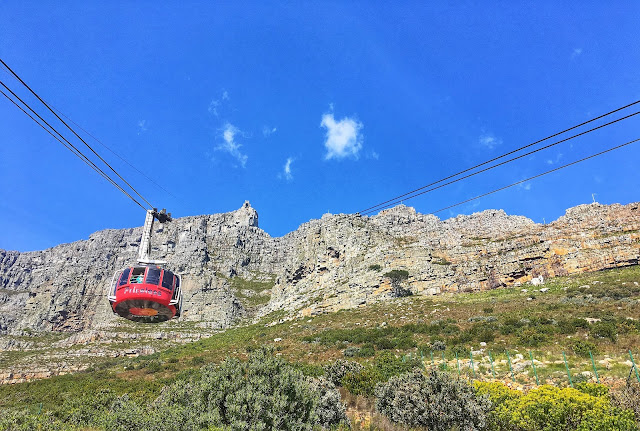 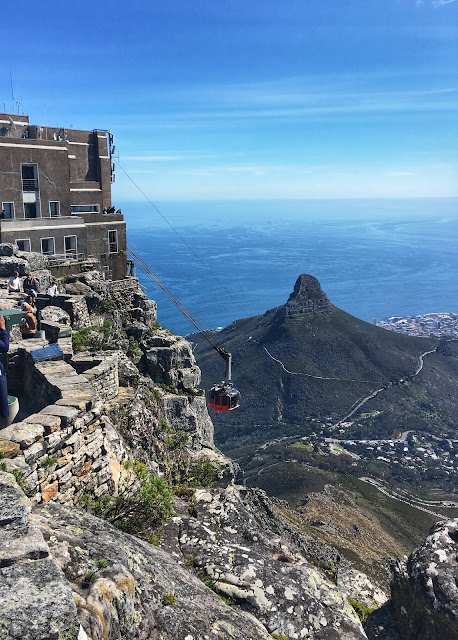 With plenty of time to spare before we checked into our new guesthouse we opted to drive to nearby it and take a walk in the nearby Cecelia Forest. Here I found the main target easily - Chaffinch, lol! Introduced here and doing well. We did a fairly long walk through the hills and pine forest notching up 2 Forest Buzzards, several African Dusky Flycatchers, Cape Batis, Southern Double-collared Sunbird and 2 Swee Waxbills. 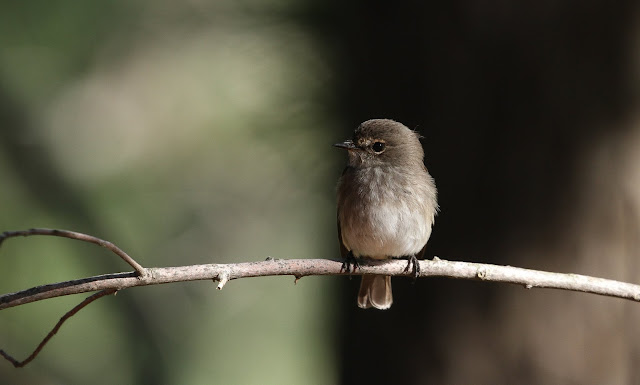 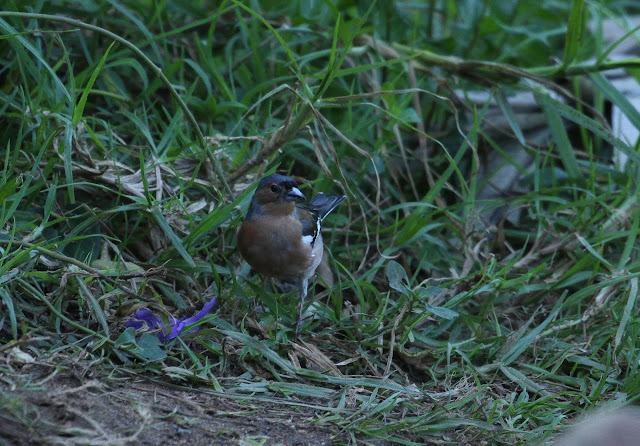 Eventually we made our way to the rather strange and stuffy Klein Bosheuwel Guesthouse and did a quick exploration of their garden which revealed 3 Forest Canaries, Cape White-eyes, Olive Thrush, Cape Robin-chat and Red-eyed Dove. 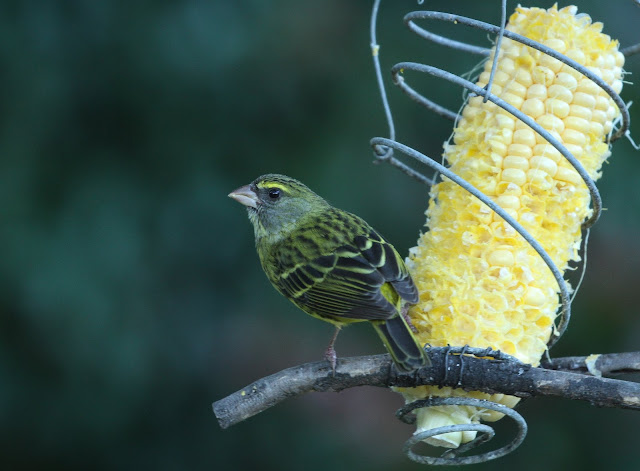 That night, booked for us, we dined in the local Cattle Baron steakhouse where our new found liking to fillet steak continued!
Posted by Chris at 20:07