This was a day I'd been particularly looking to - a visit to the Mayan ruins of Calakmul. These ruins are situated in the far south of Campeche, not far from the Guatemala border and were only discovered in the 1930s. Access is via a 60km long road off the main highway but luckily for us the entrance gate at the start of the access road was only 2km down the road from the Cabanas Calakmul. The 60km drive to the ruins takes some while but the road was in far better condition than I'd feared. You pay various entry fees at 3 different points (once at the start, once at km20 and again at the carpark for the ruins themselves), a familiar story in this part of Mexico where they don't miss a chance to fleece the tourist! Nevertheless, the ruins are well worth a visit and the birding is pretty damn good too.

It was at about the km30 mark where we first encountered the main avian target that every birder comes here for - Occelated Turkey. Between there and the final carpark we went on to see over 30 of these beasts all on the road and verges. One aggressive individual would let the car in front of us pass for ages! The other target for many is Great Currasow and despite it not being a crucial bird for us as we'd seen plenty in Costa Rica we did see one female and I later picked up a feather of one for a souvenir. Also on the drive in we saw a vert welcome Dusky Antbird.

Parking the car up we began the walk to the ruins without too many other people around. We made our way to the main pyramid that sticks up out of the forest like something out of Indiana Jones. En-route I notched up Northern Bentbill, Grey-throated Chat and Hooded Warbler but we didn't linger because we wanted to beat the crowds. From the top of that pyramid the view was amazing with the forest stretching away in every direction and Howler Monkeys roaring from the trees. After that we explored the area at a more leisurely pace and I found a confiding female Blue Bunting, 2 Great Crested Flycatchers, Bright-rumped Attila, a female Rose-throated Becard and a few Yellow-bellied Flycatchers. An ant swarm had attracted some birds, most pleasingly a nice Ruddy Woodcreeper but also Wood Thrush, one of several seen. Wedge-tailed Sabrewing and Ruby-throated Hummingbird were the hummers seen and the yank warblers were represented by Magnolia Warbler, Black-and-white-Warbler, Northern Parula, Hooded Warbler, Ovenbird, Northern Waterthrush, Black-throated Green Warbler and American Redstart. Mammals were good too with some excellent views of good numbers of both Guatemalan Black Howler Monkeys and Yucatan Spider Monkeys. The howlers put on an excellent vocal display and even made a young French girl cry - excellent entertainment!

We returned to the car for our lunch and then made another assault on the ruins in the afternoon. The birds had predictably dried up but a fine Lineated Woodpecker by one of the big ruins and a flock of 7 Collared Aracaris were seen. On the drive back we stopped at a small wetland but succeded in getting bitten to death for just 2 Northern Jacanas and a Northern Waterthrush! 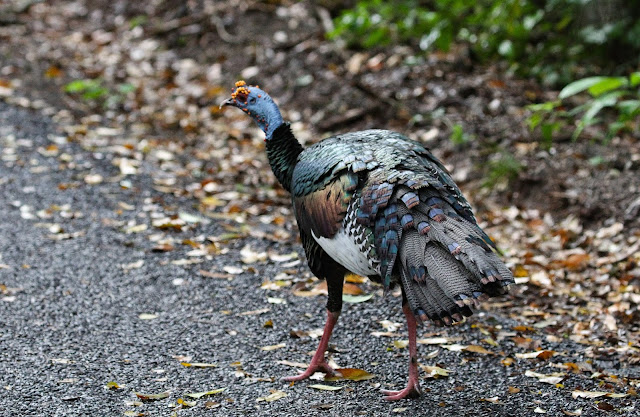 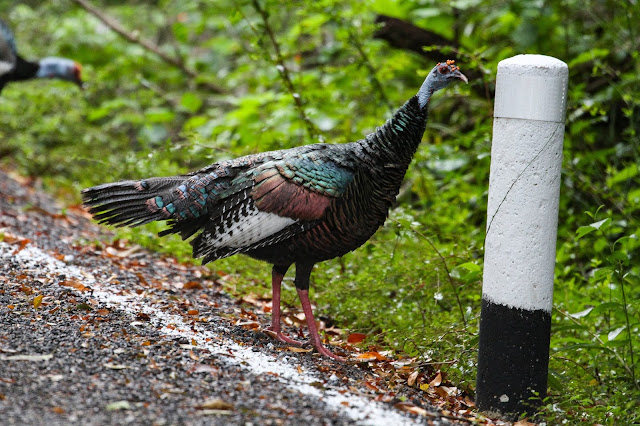 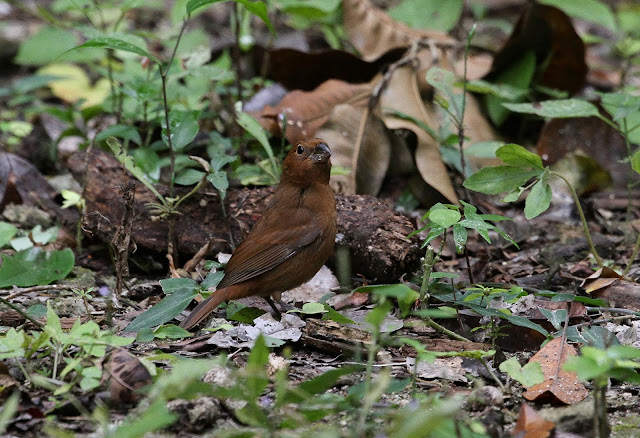 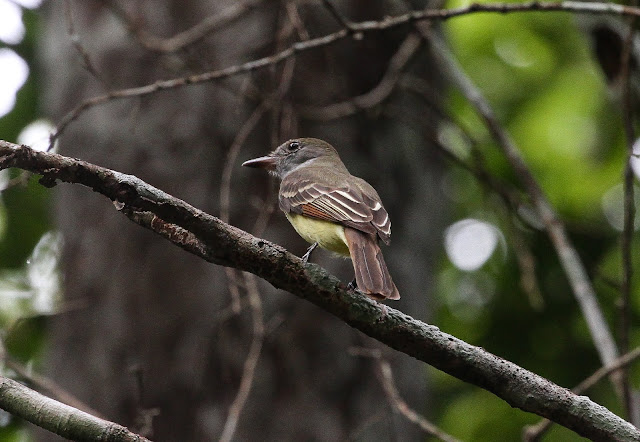 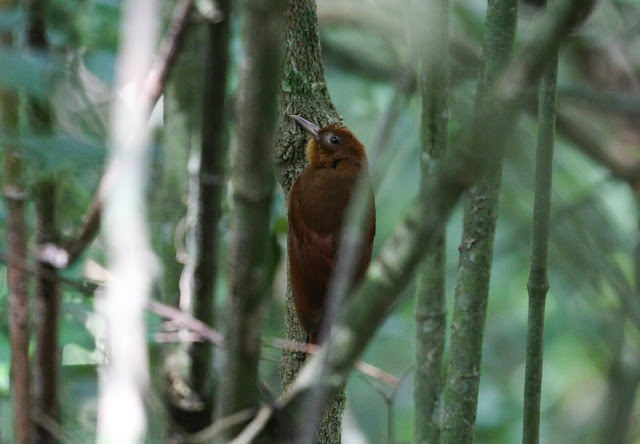 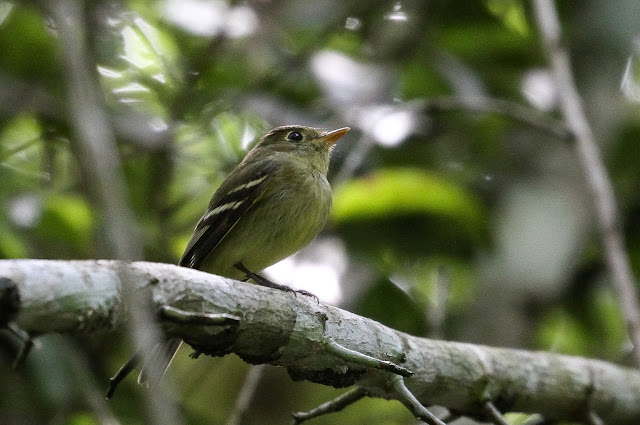 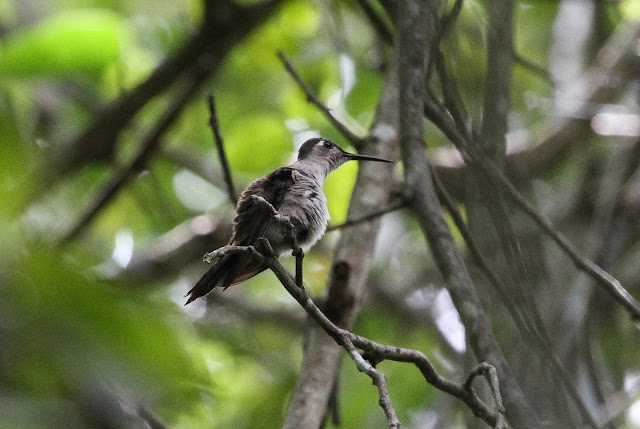 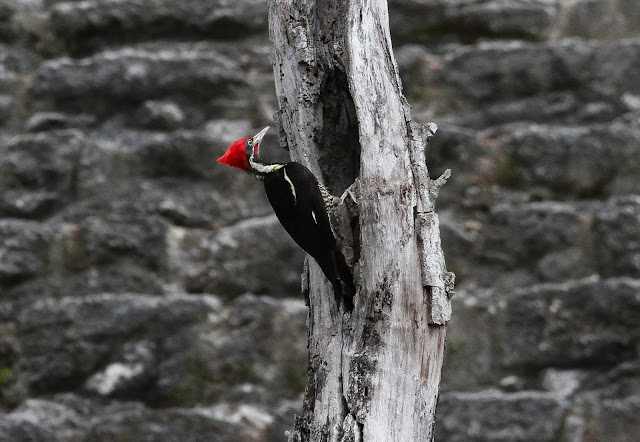 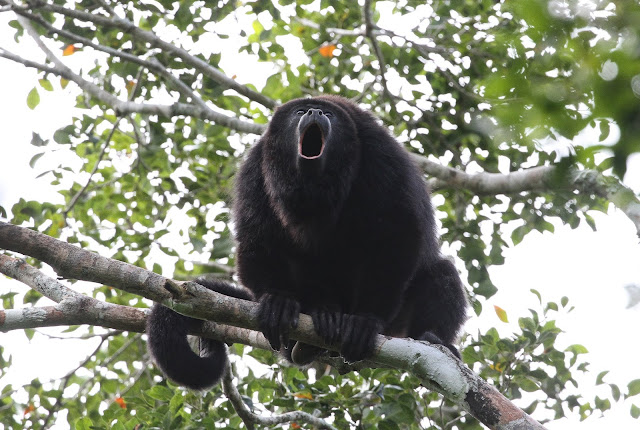 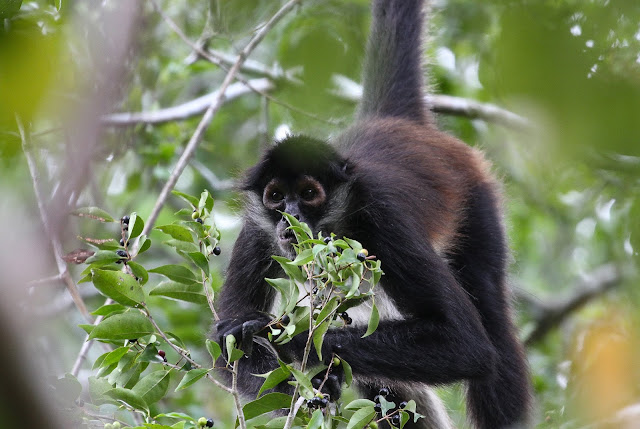 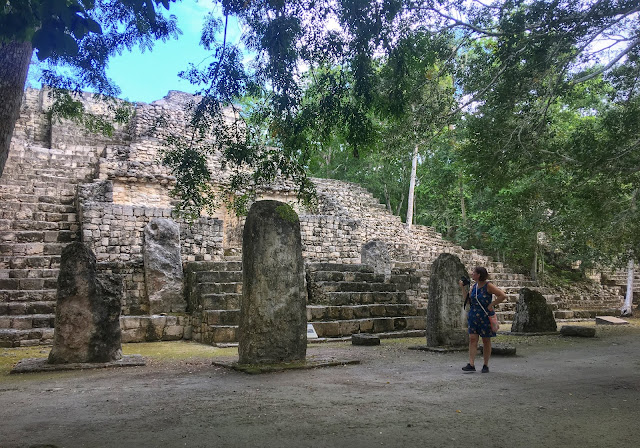 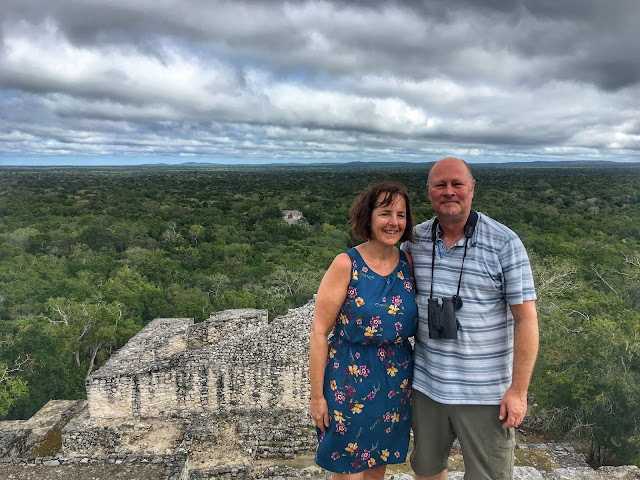 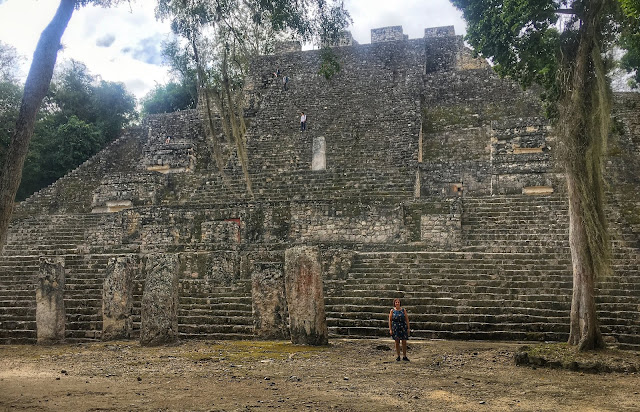 Back in the village in the late afternoon we went for a stroll around the village clocking up 2 Greyish Saltators, Ruby-throated Hummingbird, Altamira Oriole, 2 Red-billed Pigeons and a few Collared Doves.
Posted by Chris at 19:32