Widely known to nbe one of the best places to see some of the sought after birds in the Rio Lagartos area is the San Salvador Ranch track. The start of the track is situated about 15 minutes drive SE of the village and I was there just after dawn this morning.
Driving about 3km down the narrow track I parked up and began to walk the track, this tactic I repeated a couple of times and then made one final stop where a gated entrance to private land prevented me going any further.

The main endemic target here is Yucatan Wren and I spent ages not seeing any! Eventually, way down the track I found a pair and then a within a short while I'd seen c6. Just like buses! A Yucatan Bobwhite on the deck was also very nice after yesterdays flight views but despite much looking I failed with Lesser Roadrunner. Nevertheless the track was pretty birdy and I managed another female Painted Bunting, 2 Orange Orioles (endemics), 2 Black-cowled Orioles, Lesser Greenlet, a brief but suprisingly distinctive Yucatan Gnatcatcher, pairs of Barred Antshrike and Vermillion Flycatcher, Pale-billed Woodpecker, Yucatan Woodpecker, 2 Roseate Spoonbills, 5 Plain Chacalacas, several Mexican Sheartails and Cinnamon Hummingbirds and 2 Ruby-throated Hummingbirds. Commoner stuff included 4 Blue-grey Gnatcatchers, 3 Indigo Buntings, 3 Northern Cardinals, 2 Northern Parulas, Common Yellowthroat, Black-throated Green Warbler, Mangrove Vireo and 2 White-eyed Vireos. 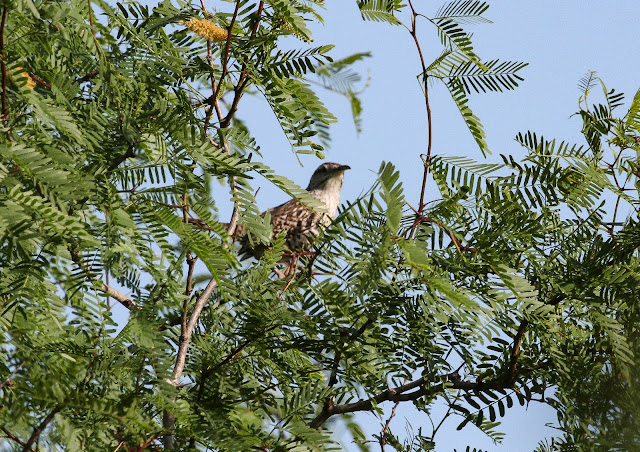 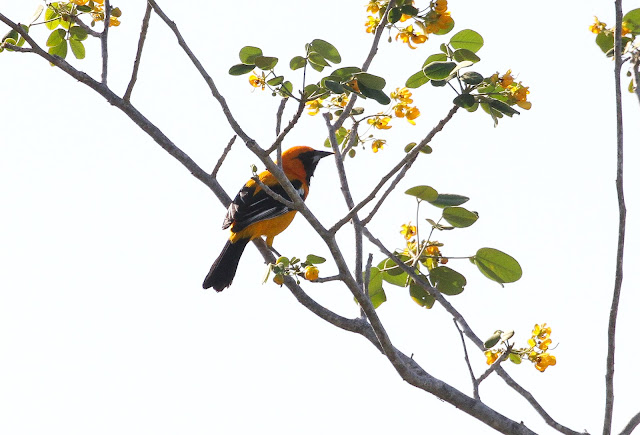 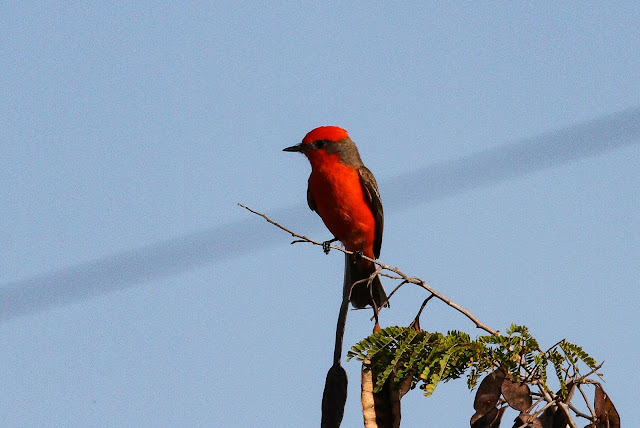 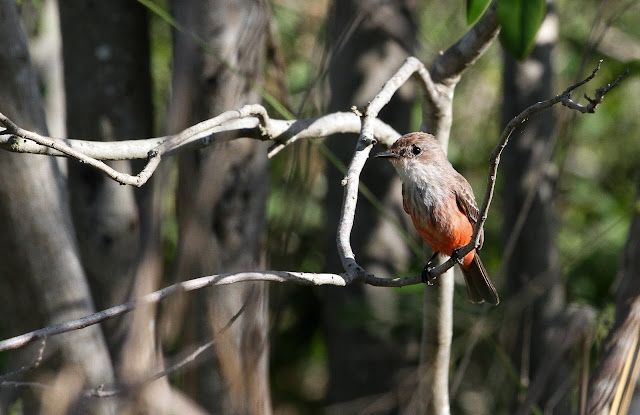 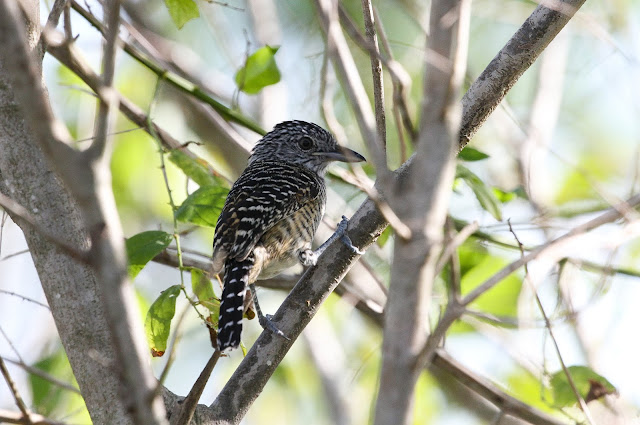 I returned to the hotel and Belinda and I decided to head west to the small fishing village of San Felippe. The place was very sleepy and hot with a distinct lack of coffee but we found a shaded boardwalk through the mangroves on the west edge of the village. A couple of Northern Waterthrushes were being typically vocal were followed by a perched Green Heron and as we neared the waters edge a juv Yellow-crowned Night Heron was standing on the boardwalk and allowed close approach. I also added Spotted Sandpiper to the triplist there. 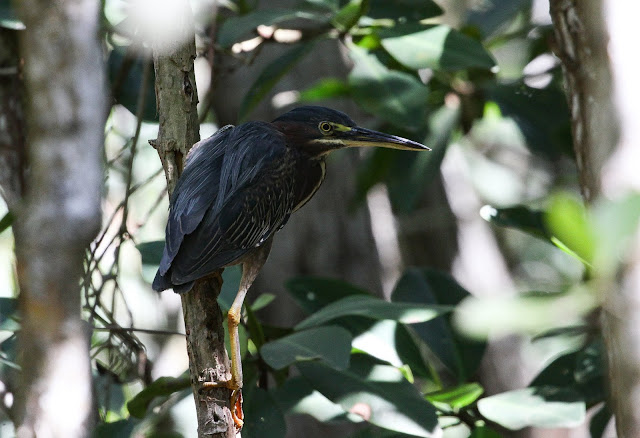 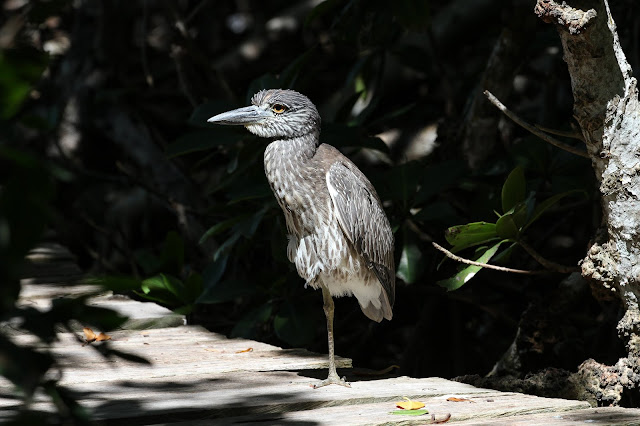 
Back in Rio Lagartos we strolled along the waterfront so I could photograph some of the village reular birds, including our resident Mexican Sheartails. A late afternoon re-visit to the start of the San Salvador track allowed me to photograph Blue-winged Teals, Killdeer and Black-necked Stilts. Also there were 2 Least Grebes, 3 American White Ibis, 9 American Flamingoes, Northern Jacana, 4 Stilt Sandpipers and Lesser Yellowlegs. 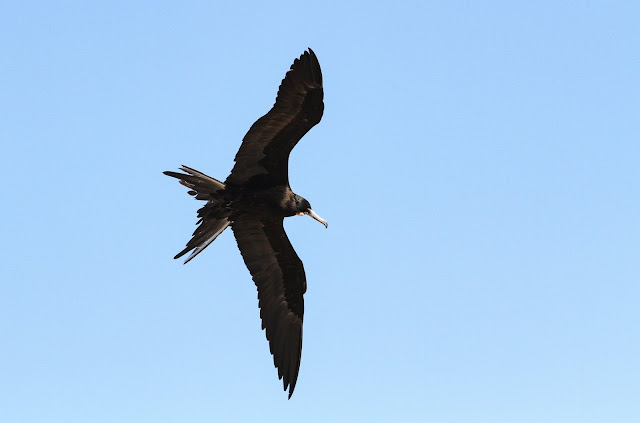 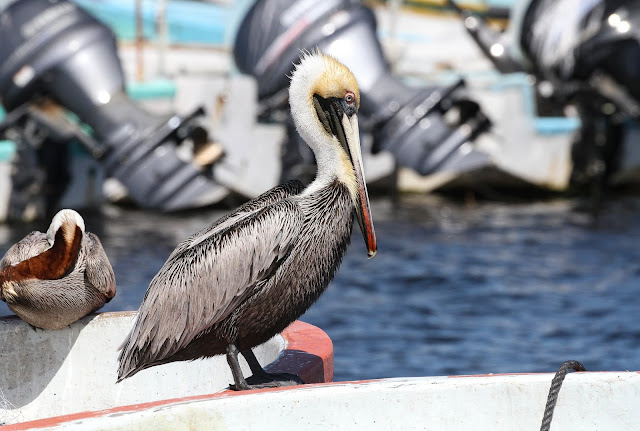 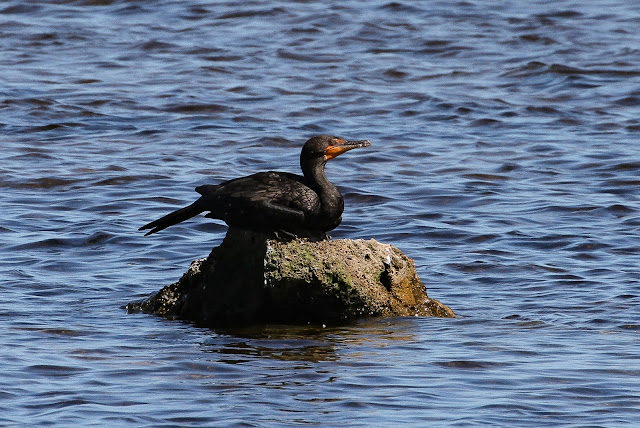 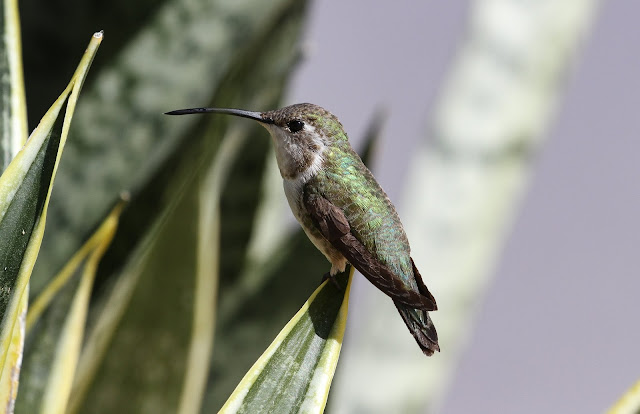 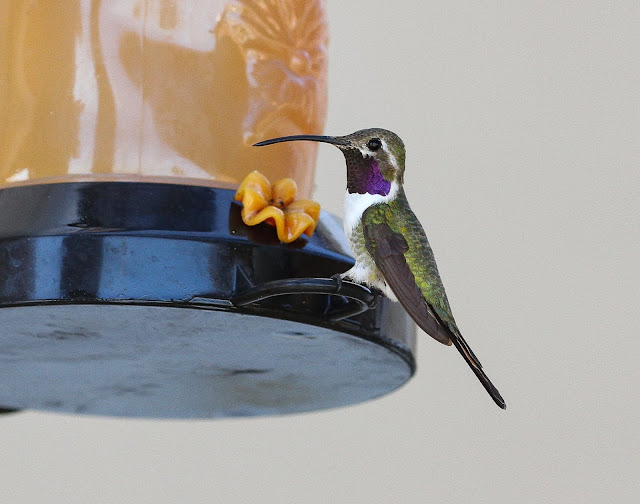 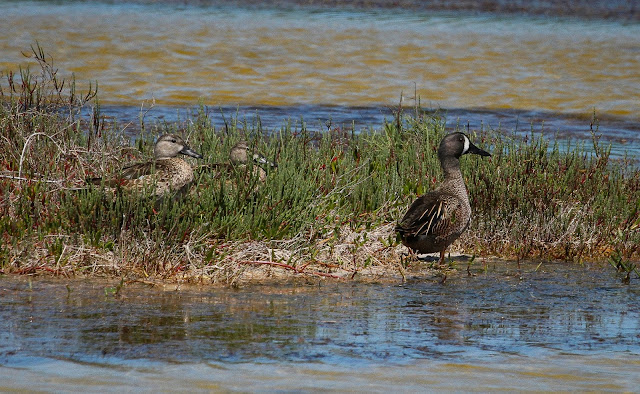 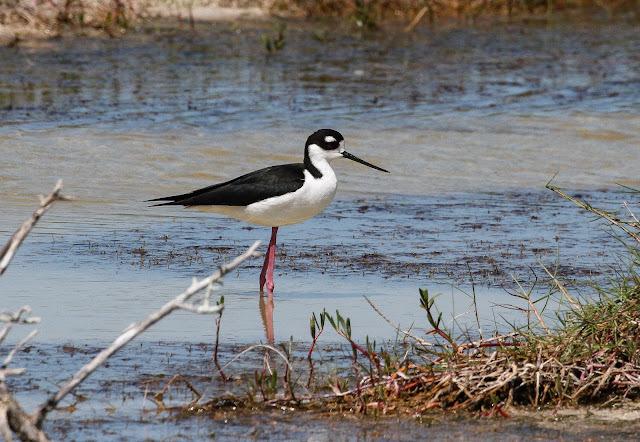 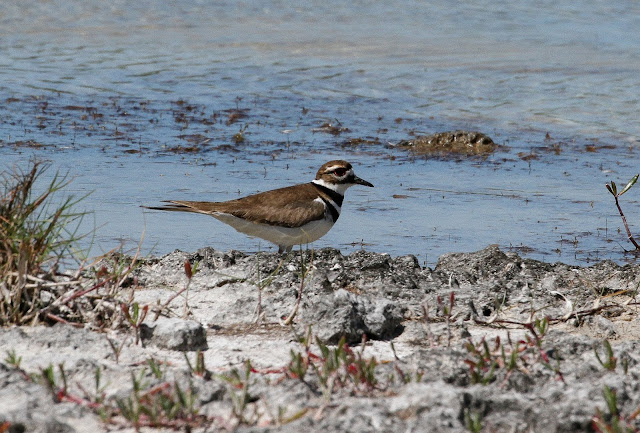