After yesterdays success I returned to the Vigia Chico Road at dawn for a couple of hours.

Things were quieter for sure and most of what I saw was the same as before. Maybe even some of the same individual birds! New however were a Canivet's Emerald, Caribbean Dove, 2 Keel-billed Toucans, 2 Black Catbirds, White-eyed Vireo, 2 Yellow-billed Caciques, Ovenbird, 2 Summer Tanagers, the only Wilson's Warbler of the trip and the female of the pair of Barred Antshrikes who joined the male. There weere several Mangove Vireos and 3 Green-backed Sparrows this time and both Yucatan Parrots and Olive-throated Parakeets were once again very obvious. 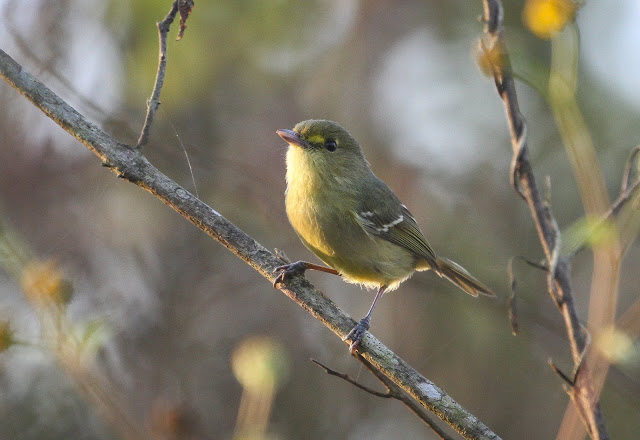 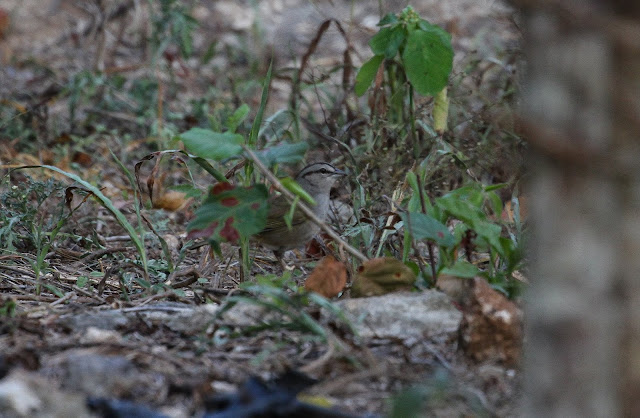 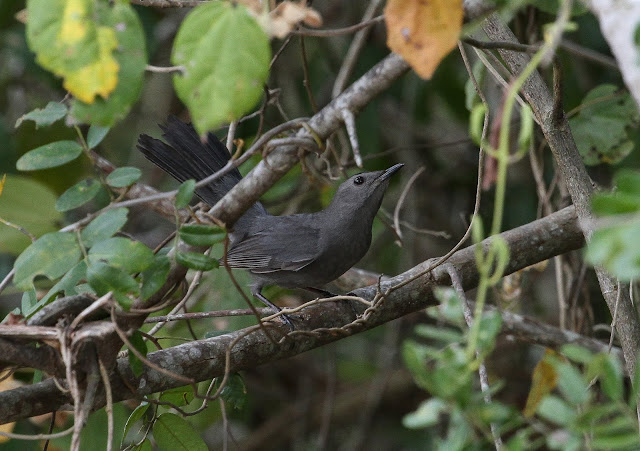 After a late breakfast back at the villa (adding Squirrel Cuckoo and Grey Catbird) we checked out and headed outh again - to Bacalar.

We had a few problems locating our accommodation on the lake shore despite being very close but managed to check in early (the check-in process being interrupted by a perched Snail Kite!) and headed down into Bacalar village in search of sustenance. Finding a nice coffee shop (at last!) a tip-off from a lady working there was to help me with some birding in a couple of days time. More of that to come. Around the village and on the lake itself during that afternoon and evening we had a raft of c50 Lesser Scaup, Pied-billed Grebe, a Spotted Sandpiper, Magnificent Frigatebird, Neotropic Cormorant, a couple more Snail Kites, loads of Mangrove Swallows, a few Northern Rough-winged Swallows (nesting in the fort in the village) and a Greyish Saltator. As dusk approached back at our digs 3 Limpkins showed at ridiculously close range on the waters edge.

I'd also managed to get the contact details of a bird guide from the Ecotucan lodge not far from where we were staying and via Whatsapp had arranged a half day of guided birding with her at Ecotucan on 21st before we had to leave the area - something to look forward to. 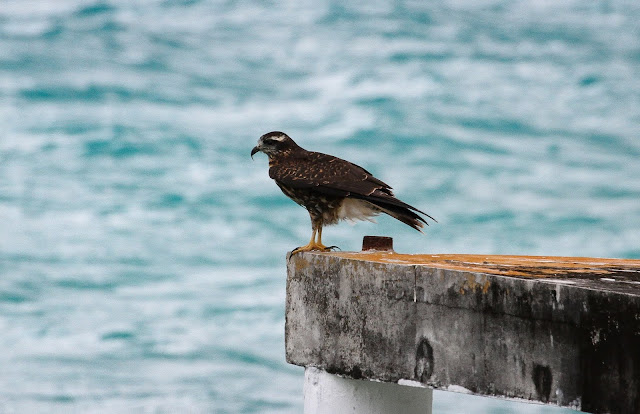 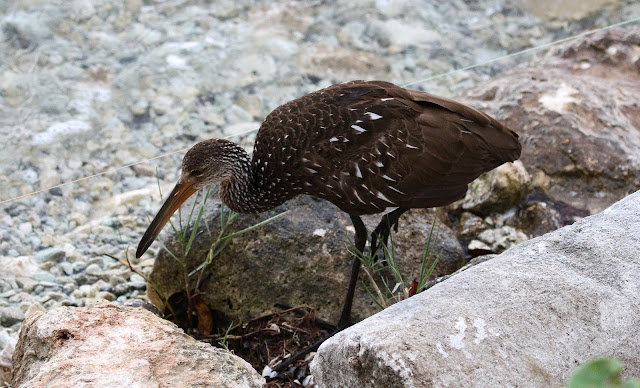