Deciding to forego breakfast at the Village Guesthouse this morning we'd arranged a taxi through our hosts to the nearby nature reserve of Cotigao.

We were the first visitors of the day to the reserve and having paid our modest entrance fees we proceeded along the entrance track in the taxi and bizarrely enough saw the best birds of the morning in those first few minutes - A Grey Junglefowl on the track and then a male Malabar Trogon which flew into a trackside sappling! After that is was downhill for a while as our taxi driver decided to 'escort us' on a rather unproductive walk to an observation tower. Along this trail we did at least get some good views of Forest Wagtail plus Malabar Grey Hornbill and Orange-headed Thrush but the habitat was very enclosed and difficult to work. We were then left to walk back along the main track ourselves where things weren't much more lively. Several Orange-headed Thrushes, another Forest Wagtail, Asian Paradise Flycatcher and an elusive Malabar Pied Hornbill were all we had to show for a great deal of effort. Nearing the waiting taxi however we at last found an open area and suddenly birds - 2 Golden-fronted Leadfbirds, 2 Scarlet Minivets, Blue-tailed Bee-eater, 1-2 Greater Racket-tailed Drongos, Common Iora and both Purple and Purple-rumped Sunbirds. Overhead a Crested Serpent Eagle circled, 3+ Plum-headed Parakeets moved noisly through and a welcome Pacific Swift was also bagged. The morning was saved and we even made it back in time for breakfast! 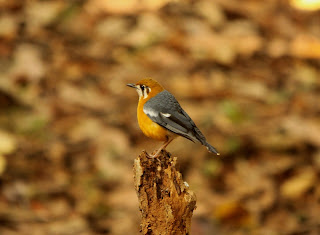 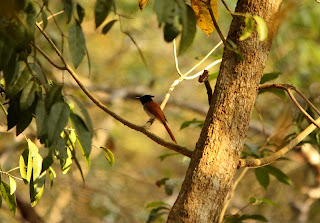 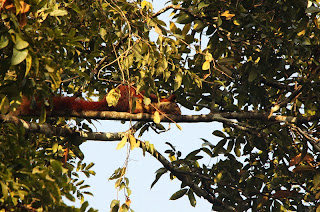 Malabar Giant Squirrel
That afternoon we opted for another walk north along Palolem Beach as I wanted to photograph some of the waders on the beach. We also gave in to a boat ride up the small river which turned out to be very entertaining and gave some more good photo opportunities. Greater Sandplover on the beach was followed by White-bellied Sea Eagle over the sea before we boarded the boatfor our private tour. While the birding wasn't spectacular it did yield 3 Red-wattled Lapwings, Common Sandpiper, Redshank, Greenshank, Striated Heron, c8 Little Cormorants, Little Green Bee-eater, Common, Stork-billed and White-breasted Kingfishers, White-throated Fantail and Wire-tailed Swallow. 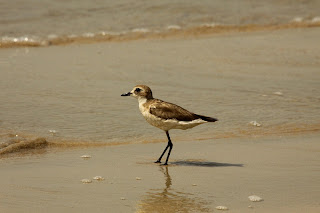 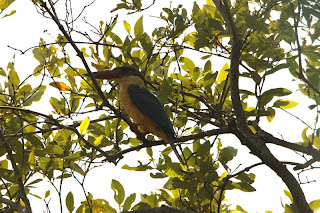 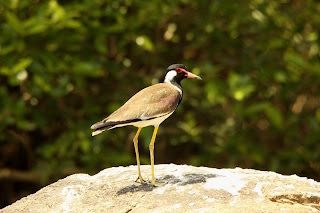 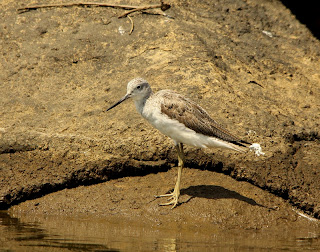 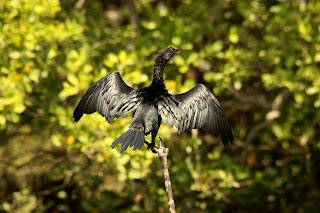 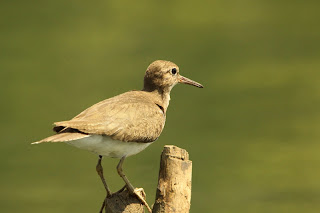 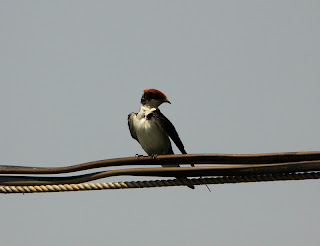