After one day back on the coast we escape up into the Western Ghats again - yay! This time for a 3 day/2night stay at the Hermitage Guesthouse deep in the woodland and just over the border from Goa in the next state Karnataka. This guesthouse cum ecolodge is run by a husband, wife and daughter team David, Moravid and Katrina. It is small, having only 3 'rooms' sleeping a total of 8 people and is set in a clearing/garden in the woodland. They also run a large farm and employ workers from 2 nearby villages. We would highly recommend a stay here for it's friendly relaxing ambience and the food which is home cooked and absolutely fantastic!
They sent a taxi to pick us up from Baga at 08.30 which is a much cheaper option than trying to arrange a coastal based taxi where the chances are the driver would never be able to find the place anyway, it being so remote.

We spent this first day exploring the immediate vicinity of our accomodation. A fruiting tree right beside our room held a pair of Golden-fronted Leafbirds whilst down the entrance track we had Nilgiri Woodpigeon, Long-tailed Shrike, Red-whiskered and Yellow-browed Bulbuls, Malabar Barbet, Red-rumped Swallows and 3 Pompadour Green Pigeons. 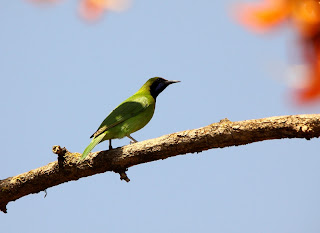 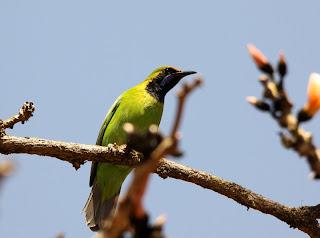 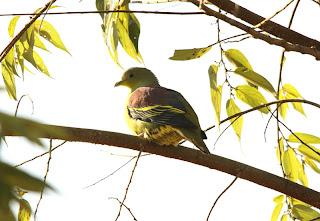 Pompadour Green Pigeon
Later that afternoon and into the evening we joined David and another guest, Heidi on a walk through the woods to a village and open area of farmland. First up was a showy Heart-spotted Woodpecker followed by Western Crowned Warbler and Orange-headed Thrush before we emerged at the village. Moving through into the surrounding fields and suddenly birds were everywhere, Black Drongos, Spotted Doves, 4 Pied Stonechats, Long-tailed Shrike, c50 Baya Weavers, , 2 Plum-headed Parakeets, Black-shouldered Kite, numerous Cattle Egrets and a single Yellow Wagtail. Leaving the rest of the little party I wandered a little further to find Green Sandpiper, several Red-wattled Lapwings and then a ploughed field containing 5 Common Rosefinch, Little Green Bee-eaters, 12+ Chestnut-shouldered Petronia and White-breasted Waterhen. On the return walk a fire had been lit and hunting the fleeing insects were a gathering of more Black Drongos and in an adjacent tree sat loads of Jungle Mynas amongst which I picked out c6 Blyth's (white-headed) Starlings. Overhead were both Red-rumped and Streak-throated Swallows. Returning to the main track back to the accomodation we had some good views of a male Indian Peafowl in the open and then a huge White-bellied Woodpecker going to roost in its hole in a palm to round off an excellent day. 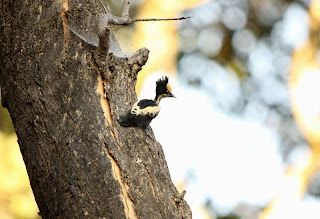 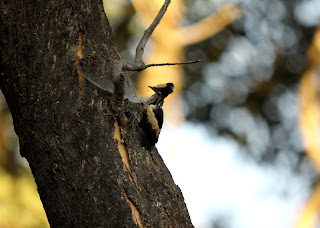 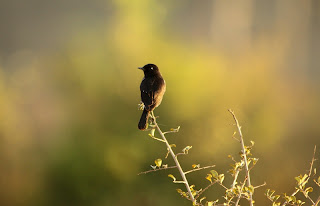 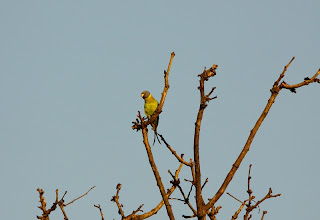 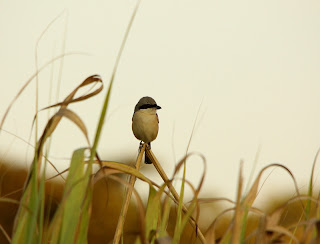 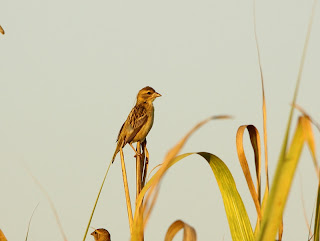 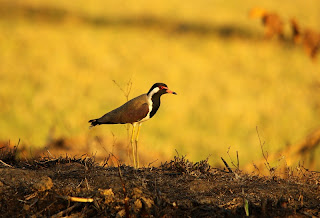 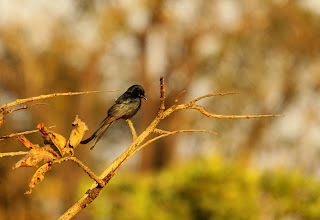 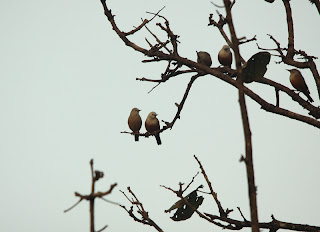 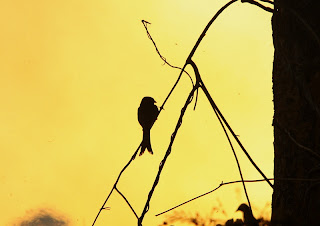 Black Drongo
Posted by Chris at 19:59