With only two thirds of a day left at Backwoods we were determined to make the most of our time so it was an early pre-breakfast start again and this time we began with a drive and then walk at the nearby village of Barabhumi. En-route just outside the camp we got onto 2 Malabar Pied Hornbills which landed just long enough to be photographed and then had our first new bird of the day in the form of a Rufous Treepie that perched up in the early morning gloom. 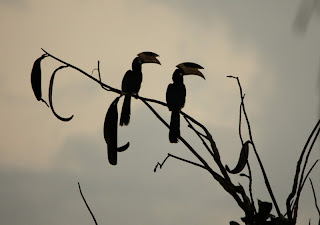 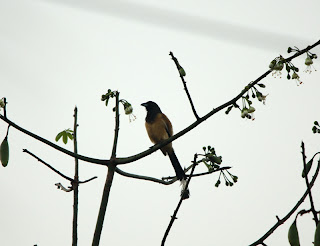 Rufous Treepie
We reached the village and began birding near the school. 3 Ashy Woodswallows sat up nicely by the school entrance as did a couple of Wire-tailed Swallows. A Mountain Hawk Eagle flew past in the distance as we focussed in on a couple of showy Little Spiderhunters. What wonderfully odd birds these are! Several Chestnut-shouldered Petronias and a calling Malabar Pied Hornbill followed as we then located 2 Vernal Hanging Parrots feeding and showing well close to the road. A flowering bush in a garden opposite the school held both Crimson-backed and Purple-rumped Sunbirds which eventually gave in for some photographs. 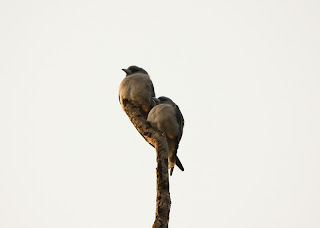 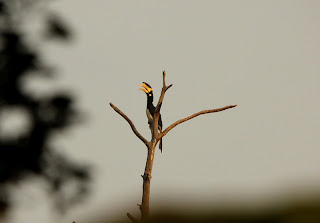 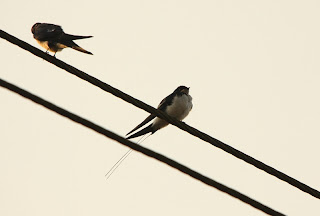 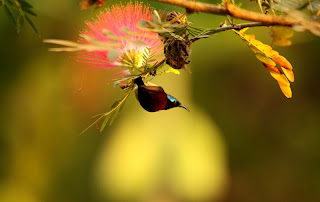 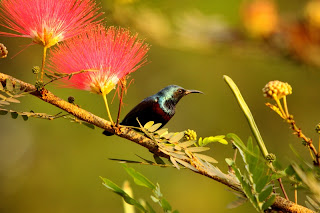 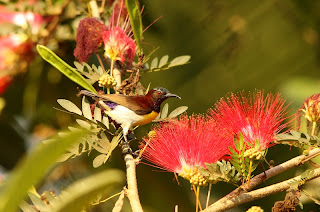 Purple-rumped Sunbird
Next, we walked across the school playing field where 2 White-browed Wagtails strolled around and an Indian Golden Oriole sat up in a distant tree. Behind the field we then explored an area of dry open woodland and things livened up even more. Red-whiskered Bulbuls where everywhere and joined by the odd Red-vented Bulbul. Ashy Drongos seemed common here too but the star bird by a long way was an incredibly confiding Blue-faced Malkoha. This usually skulking species is hard to catch up with but to have one sitting in the open in the sun was truly exceptional and even had Leio excited! At the same spot a large fruiting tree held Greater Coucal, Asian Koel, Indian Golden Oriole, Golden-fronted Leafbird, 2 Common Iora, Common Woodshrike and Bar-headed Cuckoo Shrike! Further on we then had a small group of Dark-fronted Babblers, a pair of Loten's Sunbirds, Purple Sunbirds, Shikra, a single Chestnut-headed Bee-eater and both Thick-billed and Nilgiri Flowerpecker. 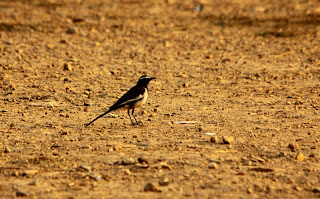 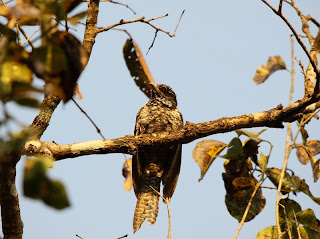 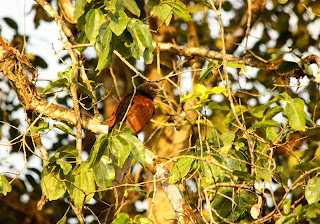 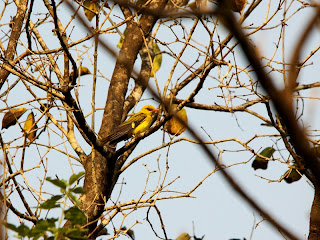 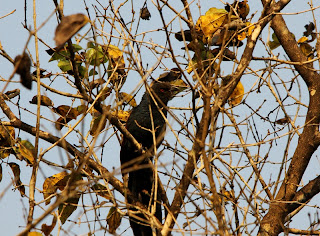 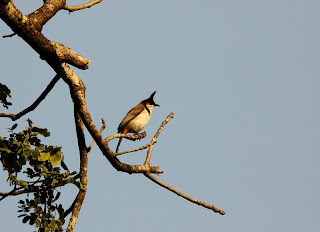 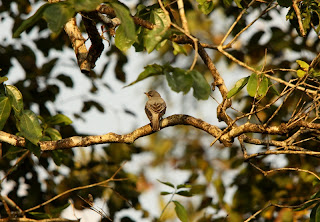 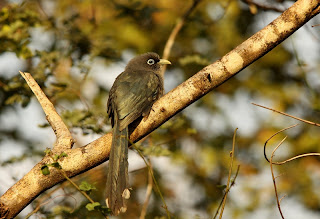 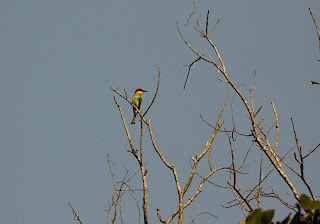 Chestnut-headed Bee-eater
Driving back to the camp we stumbled upon a male Grey Junglefowl by the road and when that had flown things got even better as it was replaced by a stonking Emerald Dove in the same spot! 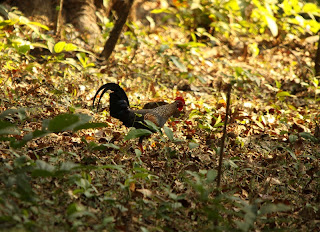 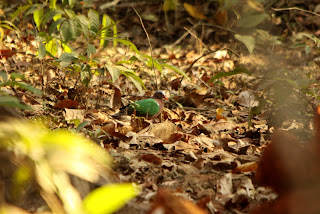 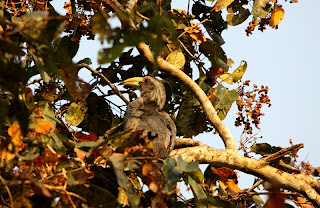 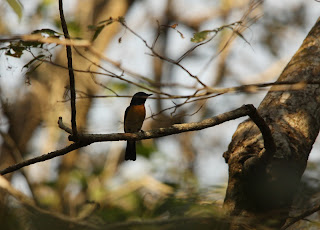 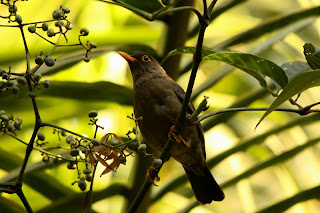 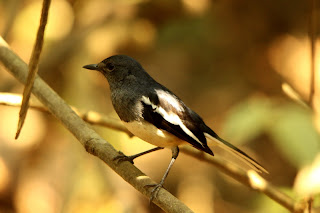 Oriental Magpie Robin
It was with heavy hearts that we bid farewell to the staff at Backwoods and the members of our little group before heading back to the coast. I have a feeling we'll be back...!
Posted by Chris at 22:43