Deciding to quit the busy and noisy Baga for the day we chose to head north in a taxi and explore the much quieter expansive beach at Morjim followed by the elevated Charpora Fort on the other side of the same river mouth.

Upon arrival at Morjim we asked for our driver to wait for a couple of hours while we went on a wander. Despite not being there really early there were a couple of Lesser Sandplovers and a Kentish Plover on the beach and an exposed sandbar clearly held a good number of gulls and terns. Closer inspection revealed c40 Pallas's Gulls, several Heuglin's Gulls and loads of Brown and Black-headed Gulls. Terns were represented by Caspian Terns, c5 Gull-billed Terns and a single Lesser Crested Tern. Rounding the corner we had a nice surprise in the form of c200 Small Pratincoles on the sand and what's more they allowed nice close approach. On the scrub behind the beach were Asian Palm Swift, Pied Stonechat, Long-tailed Shrike and 2 Tawny Pipits. 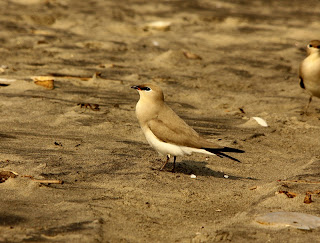 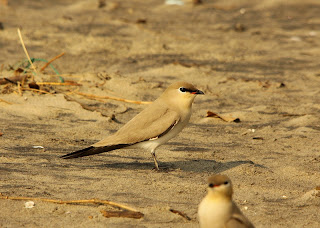 Small Pratincole
Following a stop for a drink at a beachside shack and a laugh at the Bollywood filming antics going on on the beach I opted to check the area of scrub and waste ground behind the shacks while Belinda lingered on the beach with the filmy types! Despite a great deal of checking the c100 Rose-coloured Starlings I was unable to find any Brahminy Starlings, only c5 Jungle Mynas and a few Chestnut-shouldered Petronias. A Paddyfield Pipit showed well on some wires and then by pure luck I flushed a Barred Button Quail. On the return walk I located my other target bird - a really dapper Bay-backed Shrike which posed nicely. After collecting Belinda we made our way back to the taxi via a perched Black-shouldered Kite. 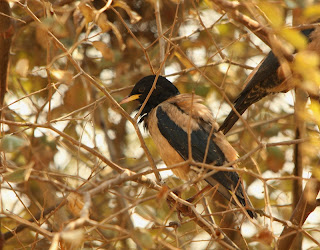 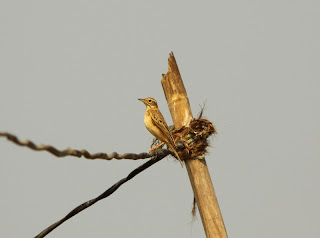 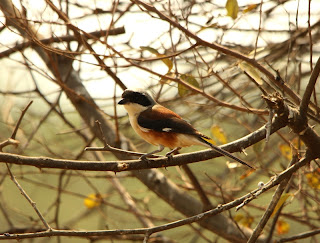 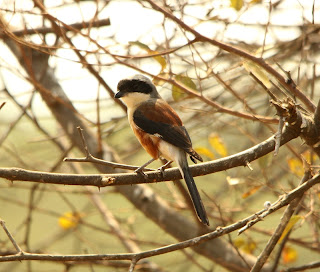 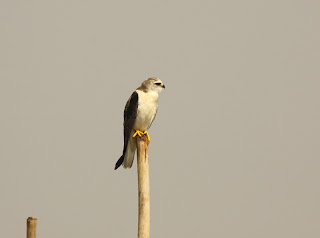 Black-shouldered Kite
Moving on to Charpora Fort on the south side of the river mouth we made the steep climb up from the road in blistering temperatures stopping briefly for a Blue-faced Malkoha that typically just flash across and into cover. The fort itself provides an excellent vantage point but the birds here weren't very spectacular with just Tawny Pipit, 3 Purple-rumped Sunbirds, Little Green Bee-eater and 3 passing Pallas's Gulls apart from the ever present Black and Brahminy Kites. 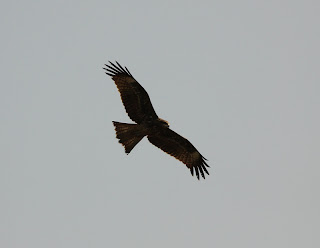 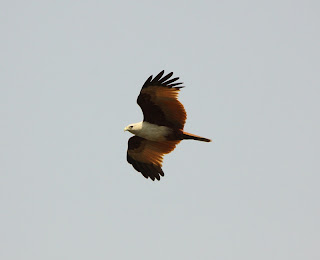 Brahminy Kite
Other birds noted from the taxi during the day included Striated Heron, 2 Pied Stonechats, Indian Roller and several Red-wattled Lapwings while 2 Wooly-necked Storks sat in a bush close to the back wall of the Biera Mar in the evening.
Posted by Chris at 13:50